Pathfinder: Tower of the Drowned Dead 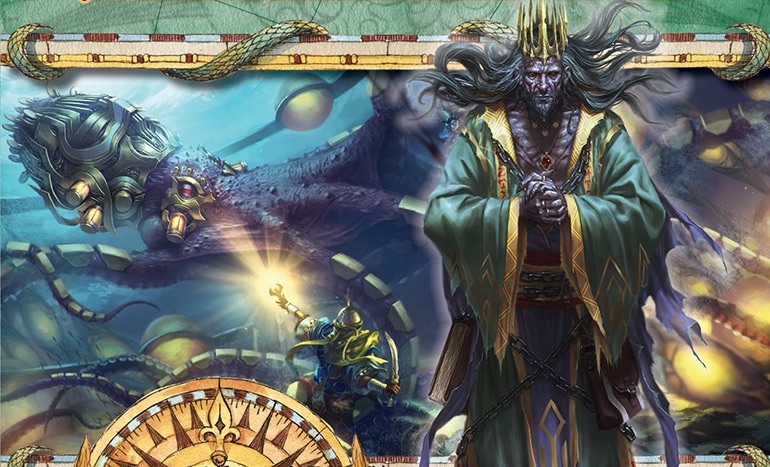 The Ruins of Azlant Adventure Path nears its harrowing conclusion. But first, a submerged tower full of undead.

If you’ve been playing along the Ruins of Azlant adventure path, you’ve been seeing the rise of a mysterious veiled master and the pursuit of an ancient Azlanti Super Weapon. Their lost technology and ancient ruins are full of wonder the likes of which–well, I was going to say the likes of which the world hasn’t seen before, except the world totally has, it saw a great deal of it right up until the Azlanti Empire sank beneath the waves of Golarion’s hungering seas.

And now your adventurers have a chance to go toe to toe with an armored Kraken. Like seriously, look at this thing down there on the cover, it’s radical. 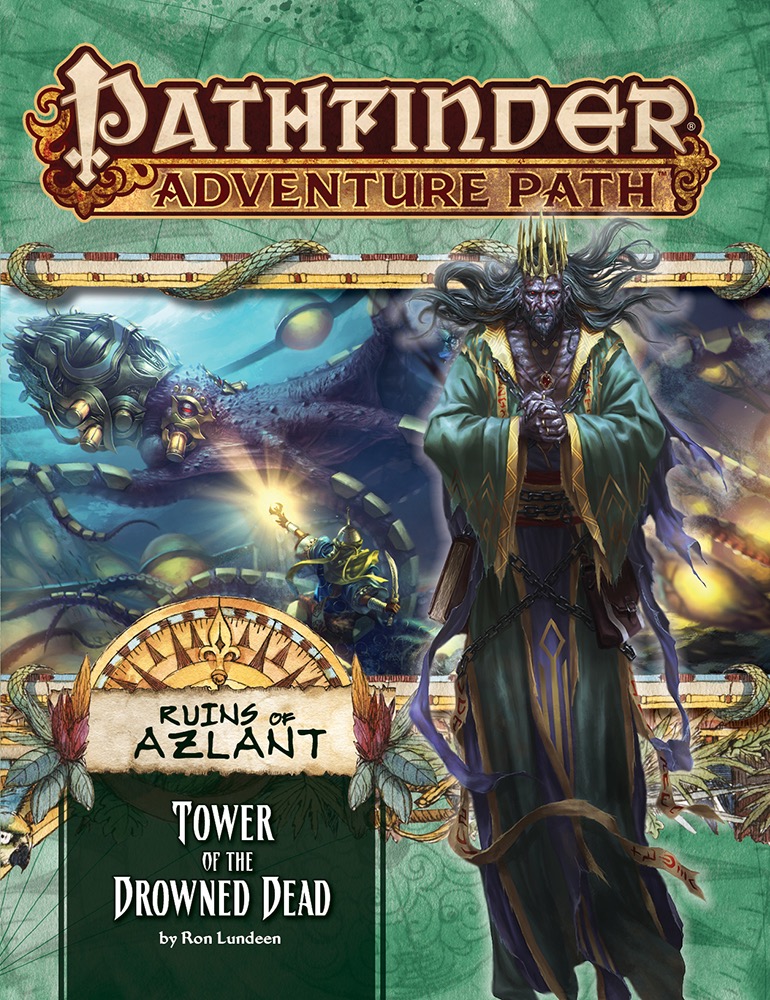 We All Float Down Here

After learning that a powerful and ancient enemy is planning to steal a doomsday weapon and use it against humanity, the adventurers visit a ruined undersea tower belonging to an undead survivor of the cataclysm that destroyed ancient Azlant. In pursuit of the veiled master they believe has infiltrated the tower, the heroes make their way through the submerged ruin, fighting against the tower’s magical defenses and undead occupants. Can the heroes learn the location of the facility and escape alive to confront the veiled master, or will they end up entombed in the drowned tower?