Restock The Black Market In ‘Sheriff of Nottingham: Merry Men’ 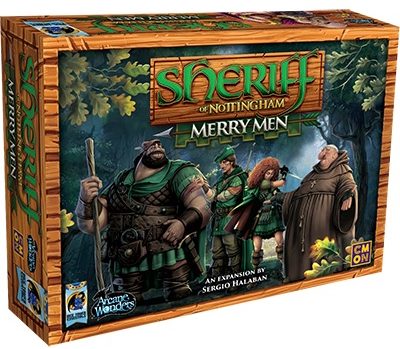 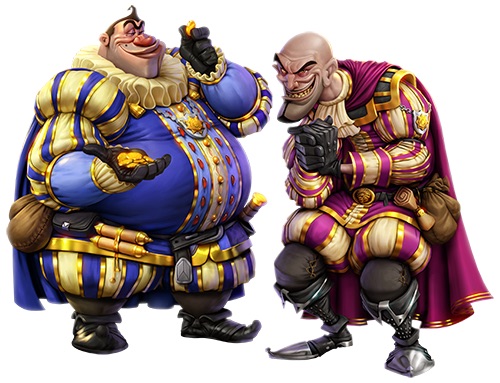 Sheriff of Nottingham expansion adds new exciting incentives for merchants to sneak in some contraband.

Deputies replace the sheriff in 6 player games. The deputies can discuss together which bags they will choose to search and let by. They will share the punishments and rewards. However, if the deputies disagree on which bags to search, they will get the rewards and punishments for themselves.

Merry Men are a new type of illegal good. In addition to giving contraband points, as soon as they are smuggled into town they are revealed and trigger special abilities, such as stealing gold from the current sheriff. 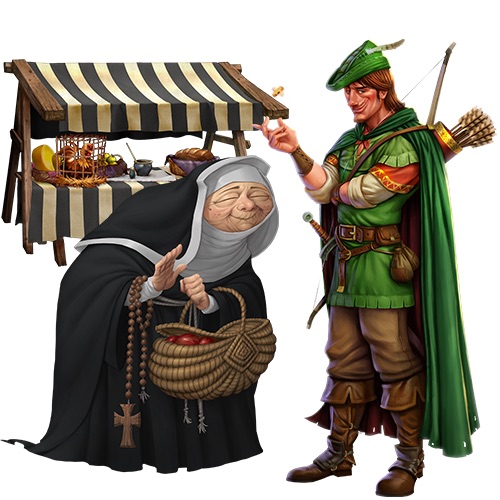 The Black Market asks the players to smuggle in specific illegal goods. The first player to successfully smuggle in the listed goods reveals them, gaining a large reward.

Laws are imposed by the sheriff and affect the turn in a variety of ways; Anything from declaring a legal good to be contraband to allowing the sheriff to steal cards from merchants caught bringing in illegal goods.

Special Orders are similar to the Black Market, but instead ask players to bring in one legal good and one contraband. If a player can smuggle in both listed cards in one round, they receive a hefty bonus. 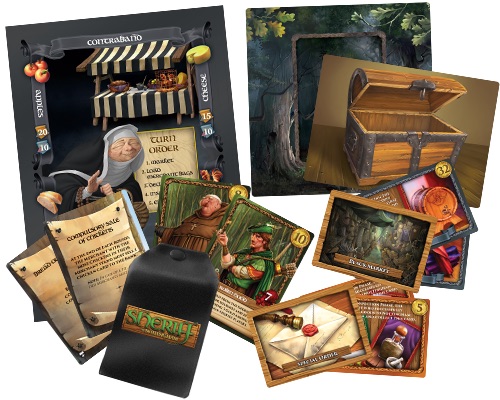 But are they merry men in tights?