RPG: Tales From the Loop Review

Tales from the Loop mixes mystery and mundanity like nothing else.

The landscape was full of machines and scrap metal connected to the facility in one way or another. Always present on the horizon were the colossal cooling towers, with their green obstruction lights. If you put your ear to the ground, you could hear the heartbeat of the Loop – the purring of the Gravitron, the central piece of engineering magic that was the focus of the Loop’s experiments. The facility was the largest of its kind in the world, and it was said that its forces could bend space-time itself.

With these words, Tales from the Loop draws players and gms alike into a world of kids and bicycles, robots and dinosaurs, and adults who won’t listen, bullies that will pick fights, and the tangled knot of feelings that is anyone who’s ever come of age knows too well.

Comparable to ET, Gremlins, and Stanger Things, Tales from the Loop is a game of Kids on Bikes saving the world. It’s a game that asks unusual things of its participants, players and gms alike–all in the name of capturing those feelings of wonder and nostalgia and fear that define the genre. It does so with style. Not only is it one of the most gorgeous RPG books you’ll ever own, it’s one of the easiest to get into. It shows off what you can do with the idea of an RPG.

With its emphasis on storytelling, its blend of the mundane and mysterious, and its methods of drawing players into and characters out of scenes, Tales from the Loop is an excellent game. It teaches you how to play it as you go, and it just grabs you. 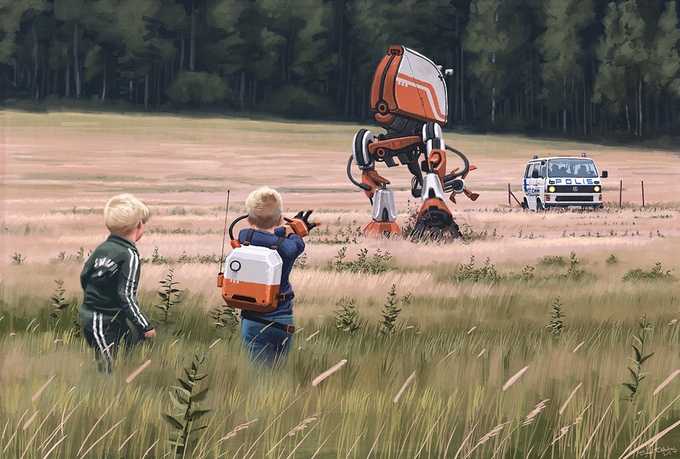 It’s set in an alternate rural Sweden in the 1980s that never were–and whole the game sort of provides an American alternative, it’s a little lacking. If you want to play in an alternate location, I’d recommend picking a place you know well and setting it there. The game thrives on the feeling of the familiar and foreign mixing together. And you can tell when a place feels real to its creators. It’s all about that specificity.

Alright, that’s enough feelings, let’s talk about the game itself. It’s deceptively simple. At the core of Tales from the Loop is the dice mechanic from Mutant Year Zero. Want to accomplish something? Build a pool of d6s from a relevant Stat + Skill (there are four core stats: Body, Mind, Heart, and Tech), roll them, and if you get a six, you succeed. For hard or impossible things, the number of successes needed goes up to 2 or even 3. Characters have ways to reroll dice, whether via a pool of luck points, or the ability to push certain things. And on occasion extra successes can be used to buy extra effects on a challenge. 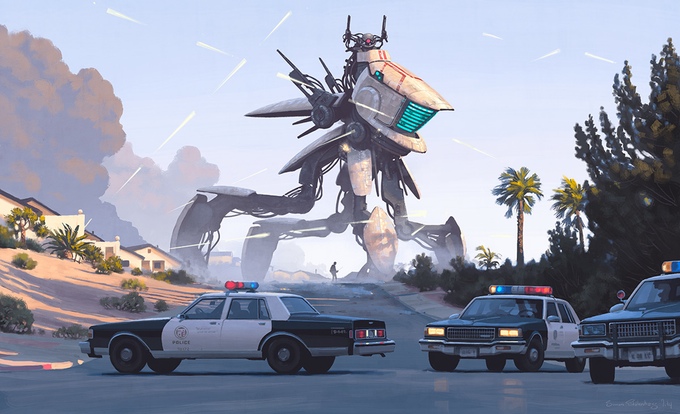 Speaking of challenges, in Tales from the Loop, every encounter, every moment that could threaten one of the kids is a Trouble. There’s no combat chapter in the game, because it’s all handled the same. Tales from the Loop is definitely more narrative than simulation–you use the same mechanics to determine if you dodge a robot’s claw as you would to see how your character handles confessing her feelings to a burgeoning crush. Which might sound confusing, but it keeps the focus of the game where it needs to be: on the kids.

And, this system, while straightforward is not workout is complexities. Characters who are particularly skilled can sometimes achieve added bonuses when rolling well. A kd can purchase an effect with extra successes. So, a character who rolls well might always be able to beat a bully in a fight (not have to roll against the same Trouble) or might be able to get a better understanding of the bully with an Empathize roll.

Kids have various ways to add to their dice pools. Character creation involves picking from a very Breakfast Clubby list of archetypes who focus on certain key skills. You’ll see characters like the Bookworm or the Rocker or Jock, which sometimes can feel a little put of place given that you’re typically playing someone 10-15, but they’re mostly there as touchstones to determine your initial strengths.

Each character is fairly customizable, defined by their attributes and skills, as well as more narrative focused characteristics. Each kid has a Problem, some mundane worry they have to deal with, a Drive, which motivates them to solve the Mysteries of the game, a source of Pride that makes them feel strong, important, or worthwhile, Relationships to the group and one or more characters on the world,  and an Anchor who’s always there in times of need.

One of the most surprising things about the game is how much attention they give to setting the stage for the kids and their families. One player might have a single dad, working hard to put them through school, another might have parents who fight, or an older sibling who looks after them.

Some of their relationships might be bullies or antagonists at school. A professor who makes them work too hard, for instance, or a counselor who wants to help. But the world is full of connections for these characters, and the game is designed to play with that Web of relationships.

This does put a little extra work on the gm. On the players too. And the game recognizes this. It actively encourages collaboration in your storytelling. The GM is encouraged to ask the players for details, players are prompted with emotionally charged questions about the world–and each other–during character creation. Which asks a different kind of engagement out of your group than, say, clearing a dungeon.

But you’d be surprised at how much it can make you feel. Because there’s a focus on knowing the characters, there’s this sense that the adventure is earned. When playing through the first starter adventure, right after the Mystery is introduced, players are prompted with a scene of bullies picking on then as they walk to school the next day. It’s wonderful–it is a moment of vulnerability, and it makes you long to see these characters have this adventure, even if only to get away from themselves for a little while.

And the game provides burgeoning GMs with an excellent blueprint for pacing the game, which I won’t go into too much detail here. But suffice it to say, if you want to learn how to structure/pace a mystery, this book has some great examples. That said, you’ll definitely need to reset your dials, as it were. The game provides a different experience than many RPGs, and it asks a lot of its players, but especially the GM. Still, I think it’s one of the best games I’ve played in a while–and it has more to do with the satisfaction of seeing characters you care about succeed than it does any robots or dinosaur. But those are still amazing.

In summation, Tales from the Loop is definitely worth picking up.

Alternate title for the game: Huffys and Puffy Jackets.

Author: J.R. Zambrano
Bell of Lost Souls Staff Writer and DM, J.R. covers RPGs of all stripes and on occasion eats sandwiches. You can ask him about either at [email protected]
Advertisement
Review RPGs Rules Tales from the Loop
Advertisement 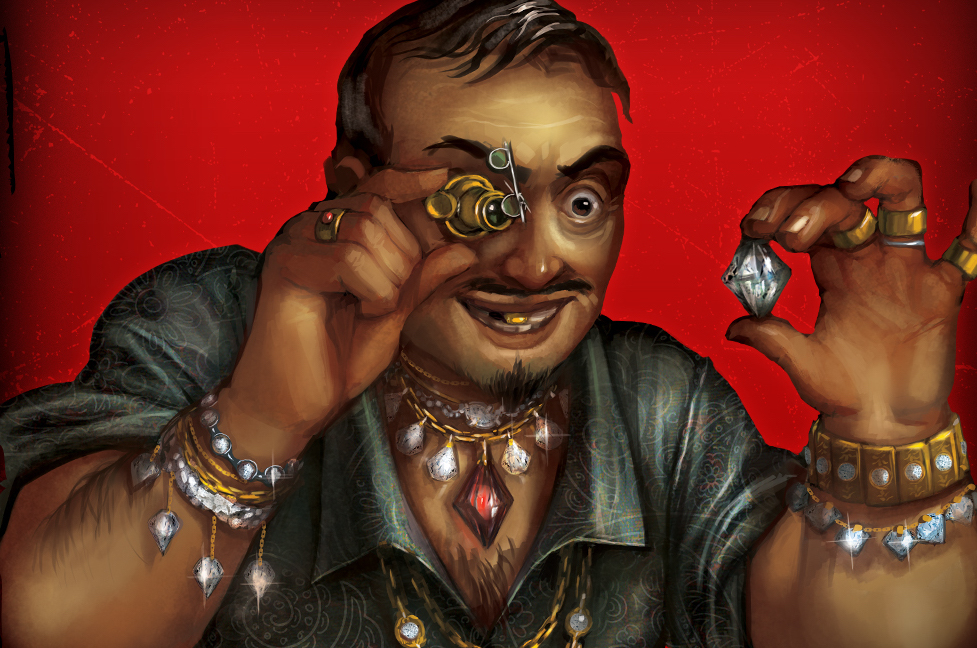