NeverQuest Episode 27: The Hunters of the Dead

This week on NeverQuest, our heroes face down the hunters of the dead with the mightiest weapon of all–BUREAUCRACY!

NeverQuest is BoLS’ weekly celebration of the fact that we live in a world where anyone can grow their own dinosaurs as long as they have access to a glass of water and ~$2.49 (MSRP). In honor of the fact that anyone, even a child (especially a child), can unleash a Tyrannosaurus Rex or a Brontosaurus upon an unsuspecting populous, we engage in the only other human activity that is remotely as powerful: playing Dungeons and Dragons.

Each week, our team of hometown heroes hopes to make good, but the wide world out there is proving to be bigger than even the City Hall at Junction City, and that’s the biggest town in the tri-county area. Still, these hapless heroes are determined to do their very best. And this week there are some startling revelations.

Alamar is in danger! Peren might unmake all of reality! And the whole Harrowmont’s Heroes gang might be somehow responsible for the eventual destruction of reality, unless they can do something about it. Find out what exactly is going on this week on: NeverQuest!

Cake is in the Eye of the Beholder - D&D Inspirations 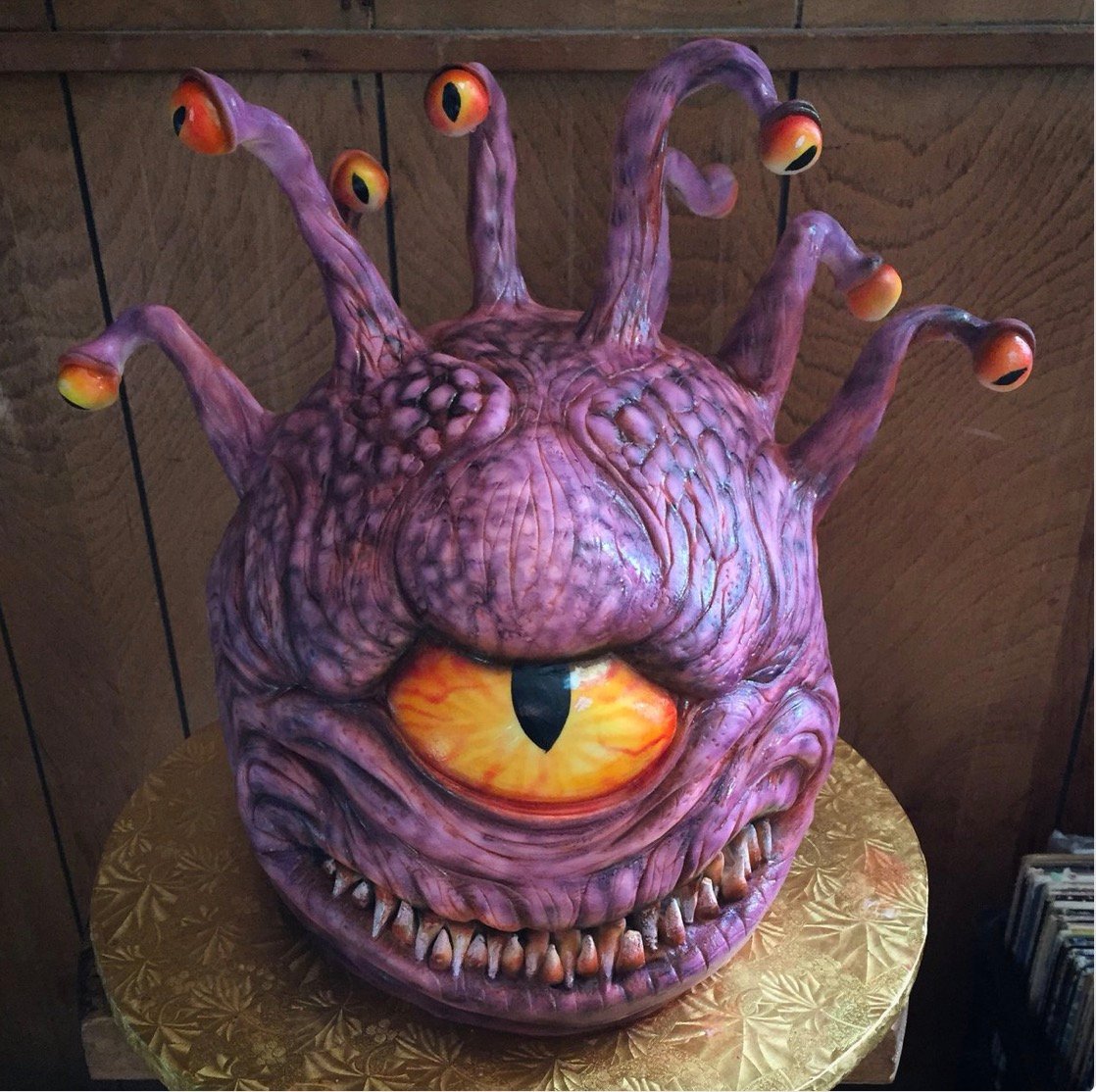