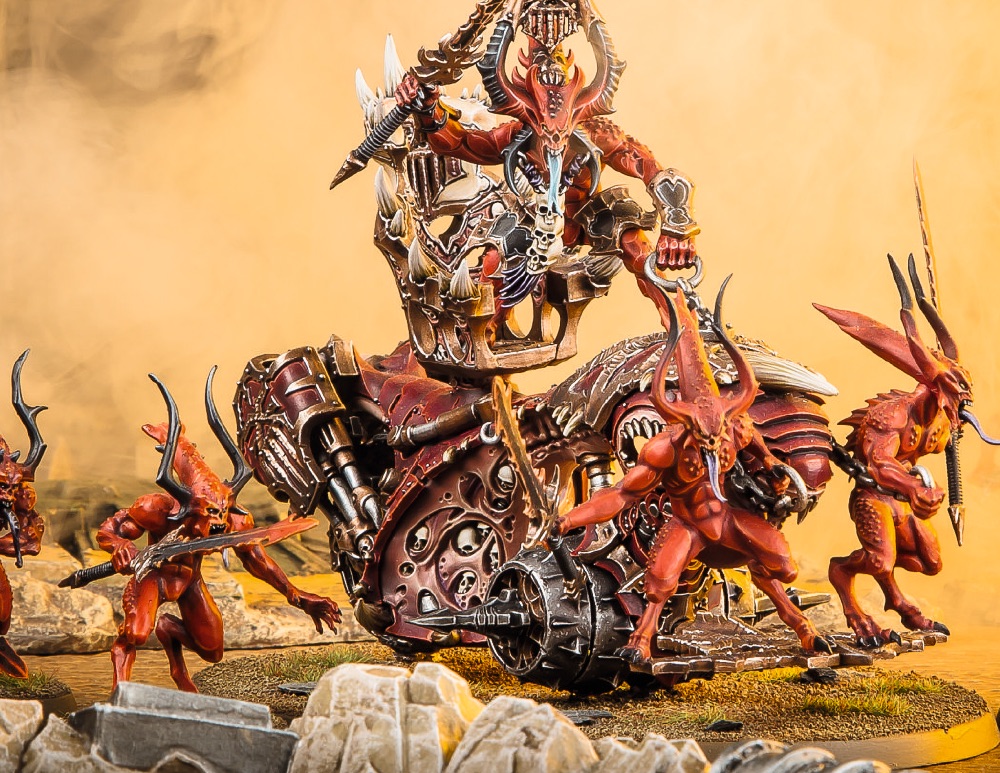 Yes, we know that the blood god wants blood, but how about aluminum siding or power windows? Take a look at what’s new in the world of Khorne.

GW previewed a faction focus on the Daemons of Khorne today. And, as we all know Khorne shucks the typical profile of a Chaos power, shunning the psychic might of the others in favor of unbridled rage, unfettered fury, and all manner of blood and skulls that have verbs appended to them. So whether you’re letting, taking, reaving, crushing, or mastering blood and/or skulls, there’s something for everyone in Khorne’s service in this preview. Let’s take a look:

Darkness is sweeping the 41st Millennium, and the mortal hordes of the Heretic Astartes are bolstered by legions of daemonic allies. Thanks to the Great Rift, the servants of the Chaos Gods have been pouring forth to devour reality in ever-greater numbers across the galaxy – so it’s about time they got a codex of their own! Codex: Chaos Daemons brings a raft of new ways to customise and play your Daemons army, offering particular rewards for those players who dedicate themselves to a single Chaos God.

We know there are faction rules for each of the Chaos Gods, and that Khorne has the Locus of Rage which lets you reroll charges. Now it’s time to see what other elements of flavor they get–so let’s take a look at what makes a Daemon army Khorne flavored. In 8th Edition, that means Stratagems, Relics, and Warlord Traits. For now we have a look at a couple of relics and a warlord trait.

For starters, there’s the Armour of Scorn and the Skullreaver Axe. 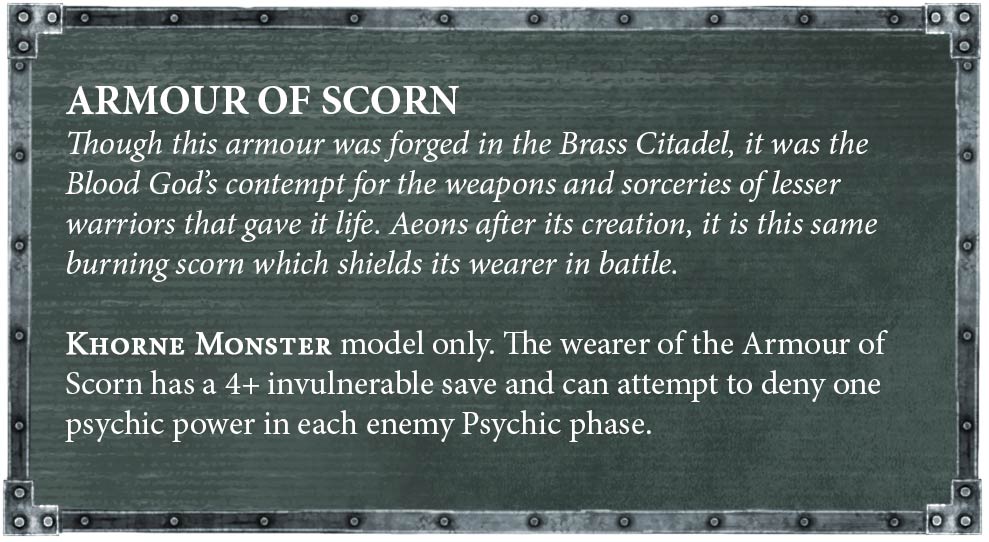 This armo(u)r is a strict upgrade for models. It’s an upgrade to your invulnerable save, and you can deny psychic powers in the psychic phase. Which is especially great in an army that doesn’t have psychics to begin with. It means that you can shut down your opponent’s warptime or smite–Khorne is hurting for things that give them deny the witch, so this is a welcome addition. 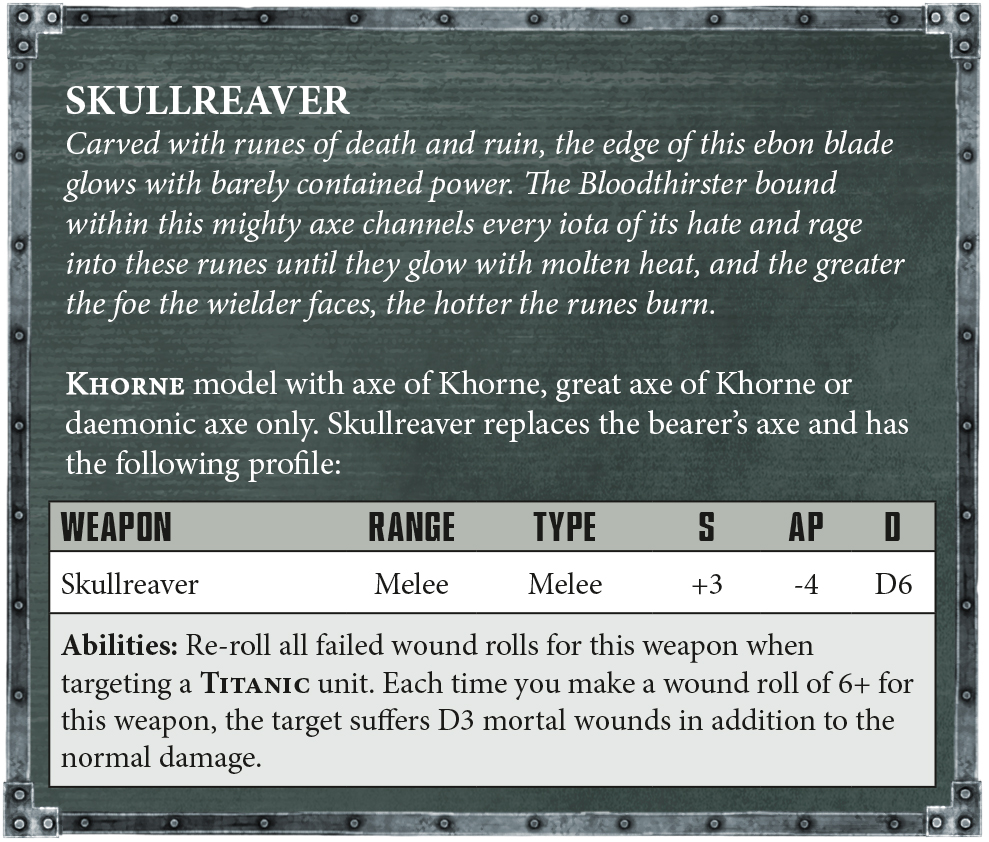 Skullreaver, on the other hand I’m a little up in the air about. So if you’re replacing an Axe of Khorne or Daemonic Axe this is an excellent upgrade. I don’t know that I’d swap it out for a Great Axe of Khorne, which is basically a power fist that doesn’t make you hit at a -1, and also lets you roll twice and keep the highest. But getting the chance to deal an extra swath of mortal wounds is a great way to take on characters with their plethora of invulnerable saves.

Khorne Warlords–the Colonels of Khorne, if you will–also will have a suite of traits to select from. Each Chaos God gets 6 traits to play around with, and today we’re getting to see Oblivious to Pain.

Oblivious to Pain is pretty rad–if you’re already wanting a Feel no Pain, this is an upgrade to it. Of course, we don’t know what the other Warlord Traits are–but things are looking up for Khorne.

And while we don’t get a sneak peek at any of Khorne’s stratagems, we do know that Khornate strategy in general is run at the enemy, try not to die before you get there. So it stands to reason that they’d get a Stratagem that helps them do that. I wouldn’t be surprised if we see an honor the chapter analogue that lets a Khorne unit fight some more–but maybe there’s something that lets them either advance and charge on the same turn (though that’s really more Slaanesh’s thing) or a stratagem that lets you have an extra dice on the charge if you’re summoned or something.

At any rate, that’s Khorne for now, sure to leave enemies as little more than empty husks on the battlefield. 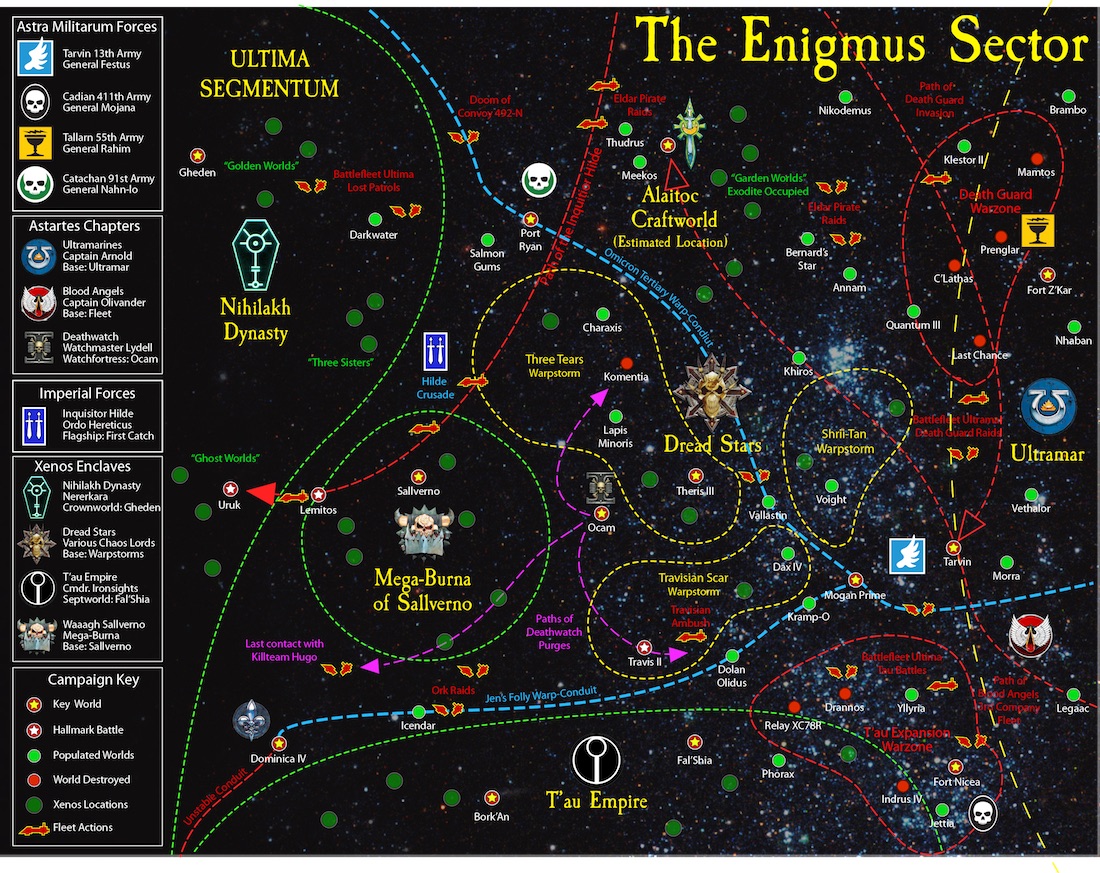