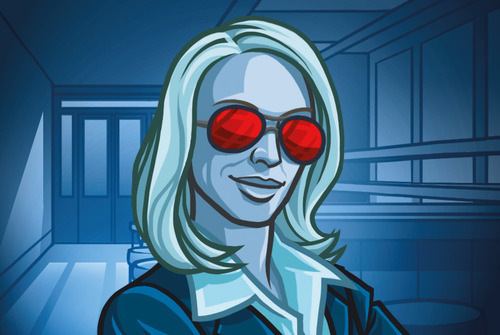 Codenames is getting an expansion later this year that’s bigger than ever. Literally.

When we say Codenames is taking a look at the bigger picture, we mean that as drily and literally as possible, because coming in Q2 of 2018, Czech Games Edition will be releasing Codenames: XXL which, in addition to providing another chance for you to convince your one friend who hates games that, no, just because they had a bad experience with someone trying to play Twilight Imperium that all games are bad and for garbage people whose blood has been replaced with spider venom–is a chance to bring the game to more people. With the expansion beefing up the cards, making them three times larger so that you can more easily get more people playing. It’s the perfect time to round up your friends and play some Codenames. 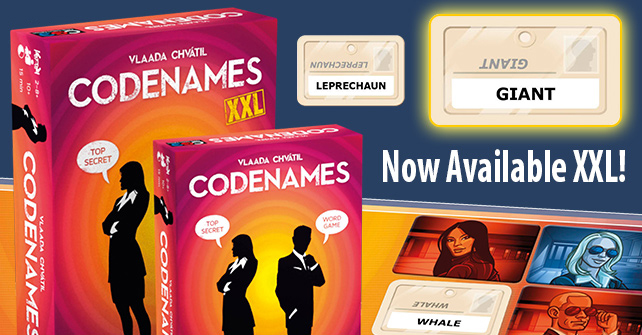 Also, you should really check with that one friend and make sure they’re okay–it seems awfully specific that they should be mentioning spider venom specifically. They might in fact have been hollowed out and are inhabited instead by a swarm of spiders, who have a hive mind type thing going on. Spiders or not, Codenames is probably a great test to see if they’re actually the friend you know and love–or at least tolerate–or if they are spiders. 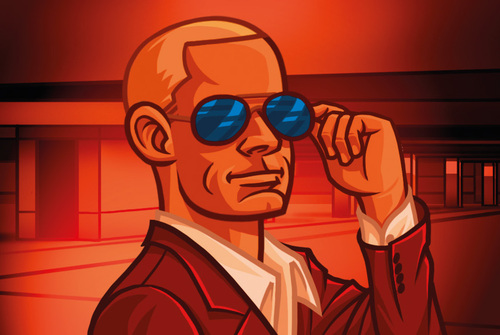 Either way, the fact that you’re already playing Codenames is great. If your friend is just a human, hey, you’re playing one of the most popular games, which continues to grow in popularity both among gamers and people who don’t consider themselves gamers (like your spiderfriend there). And if your friend is in fact a sapient swarm of spiders, then you’ve got them hooked on Codenames, and have demonstrably proven that there’s something qorth saving about humanity. Thank you Vlaada Chvatil. I always knew that one day we’d owe our continued existence to you.

But enough rambling–is it possible you don’t know what Codenames is? Players compete on 2 teams to try and get each other to guess the right words/pictures/whatever from a 5×5 grid of cards–but you’re only allowed a one word clue to get your team to guess. And if they get it wrong you might lose the game instantly. Codenames is a perfect game. It’s simple. Easy to learn, easy to play, but once you get going there’s endless replayability. It changes based on the group you play with, and it’s one of the best ways to get folks in on a game night. I hesitate to use the term gateway drug, because I’m afraid that if the officer who taught that D.A.R.E. program ever finds out I used it I’ll be thrown in the hoosegow, but, once you’ve played codenames it’s only a matter of time before you’re five hours deep into building your own ramschackle ship to deliver cargo around the galaxy. 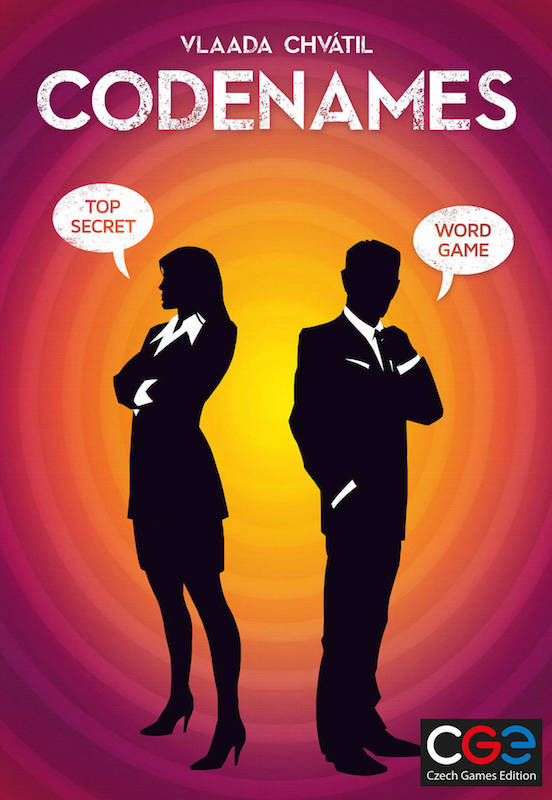 Codenames, the multiple-award-winning social word game is becoming an even bigger hit! Czech Games Edition introduces Codenames XXL. The double-sized version of this winner of the 2016 Spiel des Jahres is ready to be enjoyed by larger groups. It provides easier visibility with all the fun of the original. While the original card size in Codenames was 2.6″ × 1.7″, Codenames XXL contains cards sized 4.7″ × 2.8″.

Also expected in Q2 2018, convincing a team of 6 people to guess the one card that immediately makes you lose the game on turn 1.