D&D: On the Origin of Elves 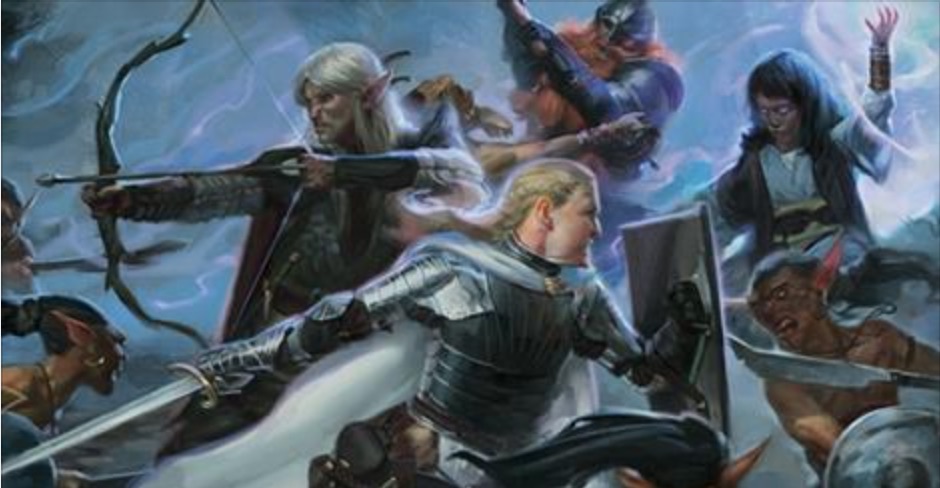 Why are the Elves so poncy, haughty, and proud? Find out in another planar preview.

D&D Beyond is back with another peek into the planes, a quick glance behind the cosmic curtains, a look into lore… this time it’s all about Elves. How is that different from other times, you wonder, monocle popping off of your face in consternation. Well calm down and fish your monocle out of your demitasse, this time it’s a look at how planar themes and cosmic events effect the races of the world. Take a look:

Right off the bat, we hear some familiar stuff. The Elves were not created by the gods, but rather wrought from the drops of divine blood that spilled from Corellon Larethian when bloody, wrathful Gruumsh stabbed him. Those of you playing along at home will recognize this bit of lore from the halcyon days of 3rd Edition, if not earlier. But this little snippet of lore helps show off one thing the 5th Edition team does well.

5th Edition’s goal to have mechanics influenced by the narrative is all about context. The reason the supplements they put out are as widely loved as they are can be booked down to context. 5th Edition excels at giving you a method for doing something cool and them providing the larger context for it so that nothing happens in a vacuum.

And here, we get the context for how that birth has affected the elves, their relationships with each other and their divine parent. They aren’t created in anyone’s image, the dwarves were hewn from the stones by Moradin, Gruumsh has a whole deal with Orcs, but Elves have no such purposeful creation. No god-given purpose. Simply told to live in the forest and do… whatever, you can start to see how that changes the Elves.

Lacking purpose leads to the rise of Lolth, who views the Elves as the literal children of gods who are suffering fools where they needn’t. In her mind, Corellon is wasting the potential of the longest lived of the mortal races, the most special, powerful, magical… look you get the idea. So Lolth attacks Corellon and his followers and the Drow are corrupted. Of course that isn’t how they’d tell the story.

Regardless, it gives us a look at what one of the goals for that Planar expansion might be, and a good peek at how it can accomplish that. And, it gives us some insight as to why Elves are the most popular nonhuman race.

Of course another theory holds that Elves came from a great tree, wherein they lived and baked delicious cookies and crackers.