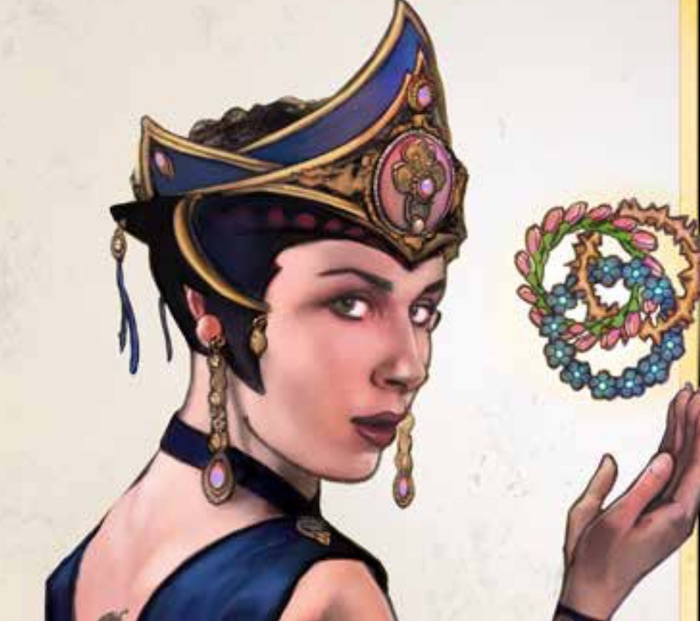 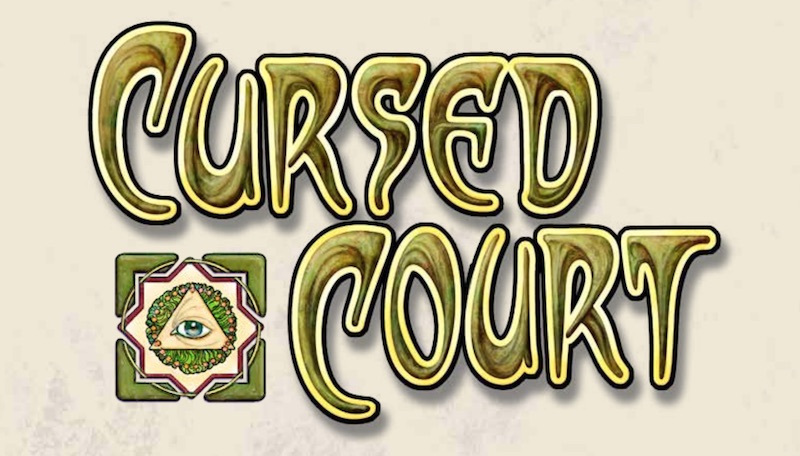 Intrigue? Deception? Deduction? And a whole stack of chips? Time to visit the Cursed Court!

Our friends at Dragon’s Lair Comics & Fantasy brought over a game that uses your powers of deduction to help you get money! Well, not real money – but fat stacks of chips…It’s Cursed Court:

Cursed Court somehow manages to combine the idea of a Hidden Identity/secret information game with betting mechanics similar to roulette and it works! The idea is simple – there is a court of Lords and Ladies and you’re trying guess who is actually at court. To guess, you place bets on their identity cards. At the start of the game a noble is dealt in the middle of every pair of players. Those players can look at the cards to their right and left – but no other cards. Each player then takes turns betting on which nobles will arrive – but that’s the game: Do you go all in on a “sure” thing, or are you going to tip your hand to early and get out bet by the other players? 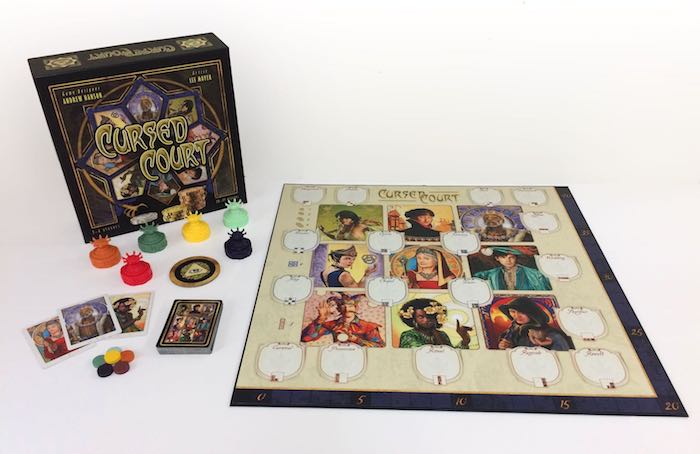 You’ll get points for each bet you place correctly, however, if you want the BIG bucks, you’re going to have to bet on the different patterns they can take. Similar to betting in roulette, you can bet on rows, columns, or groups. But instead of a wheel determining which noble will show-up, you use a deck of cards. Players also get to look at the the revealed cards as they are flipped over.

If you’re smart, you can watch to see how other are betting for clues on the cards they saw. Players can also muscle out the other players by betting double the number of chips they placed. That’s where the strategy and deception comes into play. Are they trying to throw you off or were those “legit” bets? Players won’t know for sure until the round ends and all the nobles are revealed! 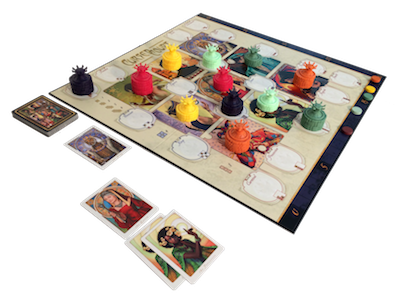 Component-wise, this game is well done. The chips are fun and are color-coded for each player. The cards and art have a realistic look – like someone took real photos and then “cartooned” them up. The board is also themed and designed well so you know what you are betting on. Overall, it’s a really nicely packaged product. Cool theme, fun mechanics, and it’s very easy to access by players of all skill levels.

If you’re interested in learning more about the game you can check out the full rules HERE. Cursed Court is out – so go check it out! 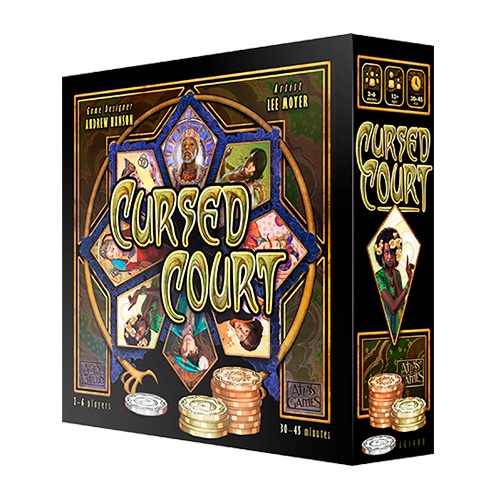 In Cursed Court, players wager their limited influence across the courtly seasons. As the machinations of the nine key nobles are progressively revealed, their fortunes rise and fall.

The intrigues of the realm’s greater nobility are a subject of fixation, even obsession, for the minor nobles whose fortunes are elevated — or shattered — by what happens at court.

What happens at Court stays in Court. Except when it’s a big deal – then everyone knows about it.