Two New Lores of Death For Legions of Nagash

Nagash has a whole Legion of followers that can harness the amethyst magics of Undeath!

It’s not just the looming threat of skeletal hordes you’ll have to worry about with the Legions of Nagash Battletome – they will have two new spell lores to pull from: the Lore of the Deathmages and the Lore of the Vampires! 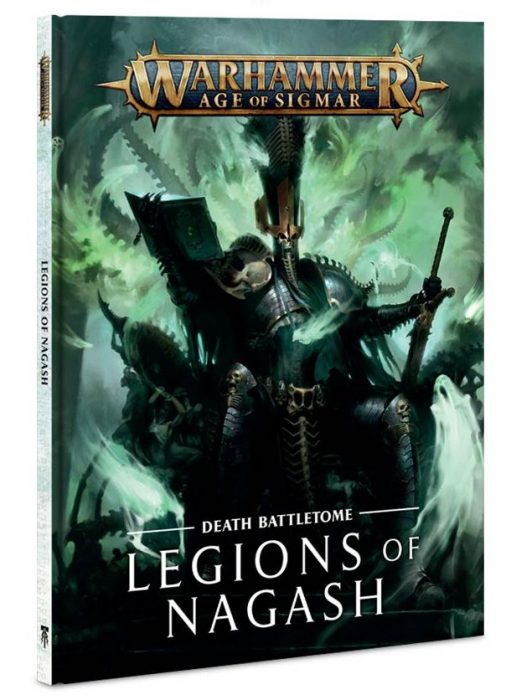 The Locus of Shyish

Regardless of which lore you’re planning on using, all the casters will also benefit from the Locus of Shyish which allows your spells to resolve twice after an unmodified casting roll of 9+. 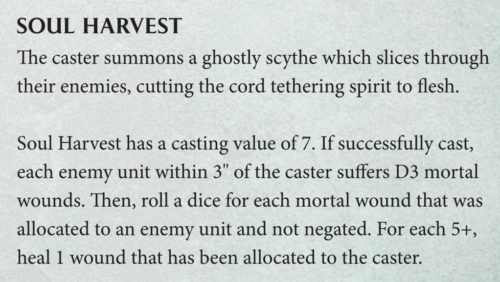 Soul Harvest, for example, could generate 2D3 Mortal Wounds and could also net the caster some extra healing on top. That seems like a pretty useful power to have in your toolbox. 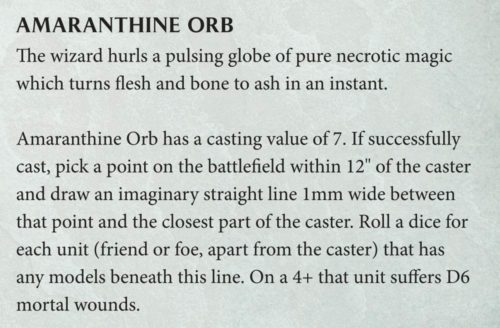 The Amaranthine Orb is another powerful spell that has some serious damage potential. Every unit takes D6 Mortal Wounds on a 4+ under a 1mm line 12″ long. Again, if you cast this with an unmodified 9+ then you get to do that twice! If you can tag the same unit twice they have a pretty good chance of taking D6 Mortal Wounds!

And, by the way, we REALLY appreciate that GW clarified that the line’s width is 1mm wide. It sounds like a small thing, but it really does help prevent arguments and makes this a well written rule.

Arkhan the Black & The Legion of Sacrament 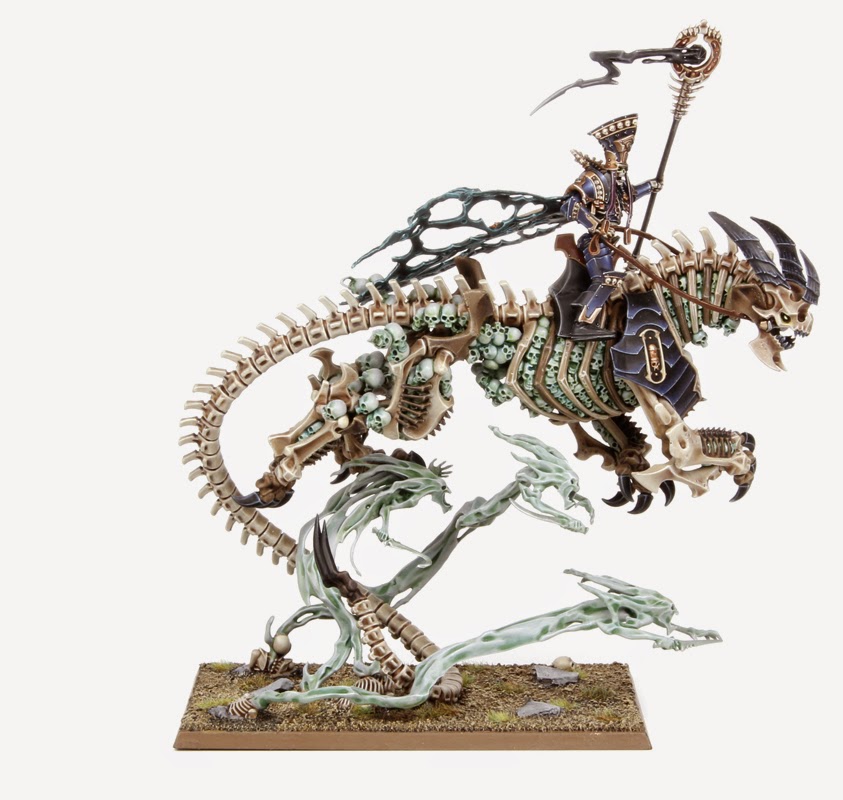 Arkhan the Black is one of Nagash’s Mortarchs. He is a fierce spell-slinger in his own right and now he’s got a his Legions of Sacrament that follow his school of thought: Blast’em with magic! The Legion of Sacrament gains a bonus to their spell casting attempts:

That’s not all. They also get some extra undead shenanigans with those pesky new Gravesites: 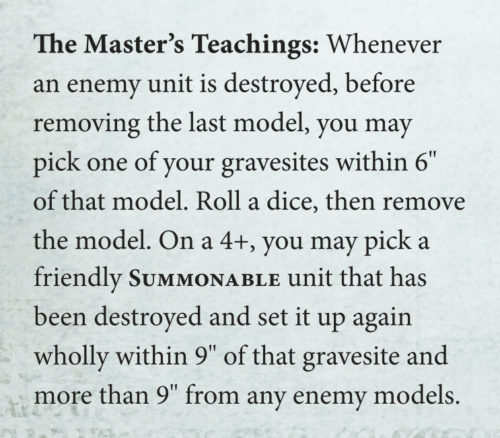 This encourages you to be aggressive early on. If you lose a unit but can weaken an enemy unit to the point of near death you’ll be able to bring your destroyed unit back – provided you can clean up the enemy. Who cares about losses when you’re units come back and your opponent’s do not?! 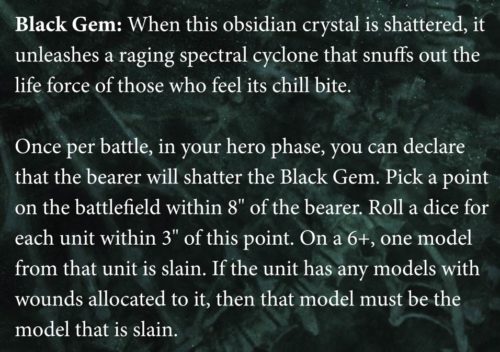 The Black Gem is an artefact that you can unleash that has a chance to simply remove a model from the game. It’s got a 1 in 6 chance to slay an enemy model in a unit. Now, if that unit only has 1 model…I think this could be a hail mary for eliminating enemy characters or an attempt to finish off a straggler. Beware the Black Gem!

Apparently, Black is in this year as the Legions of Nagash have another artefact that is Black Gold. These wristbands can bend projectiles away from the bearer. In game terms, it provides you with a way to ignore wounds/mortal wounds on a 4+.

Warhammer Community also had this to say about the Lords of Sacrament Warscroll Battalion:

“If you’re looking to truly master the magic of Death, you’ll want to take the Lords of Sacrament warscroll battalion, a formation centred around Arkhan, a Mortis Engine and a coven of Necromancers. Each unit in the battalion is shielded from attacks by the Mortis Engine, while they’ll also benefit from being able to cast an additional spell every turn! While this formation might consume a good number of points, it’ll be sure to catch your opponents off guard and is a great way to pay tribute to Nagash’s greatest pupil.” 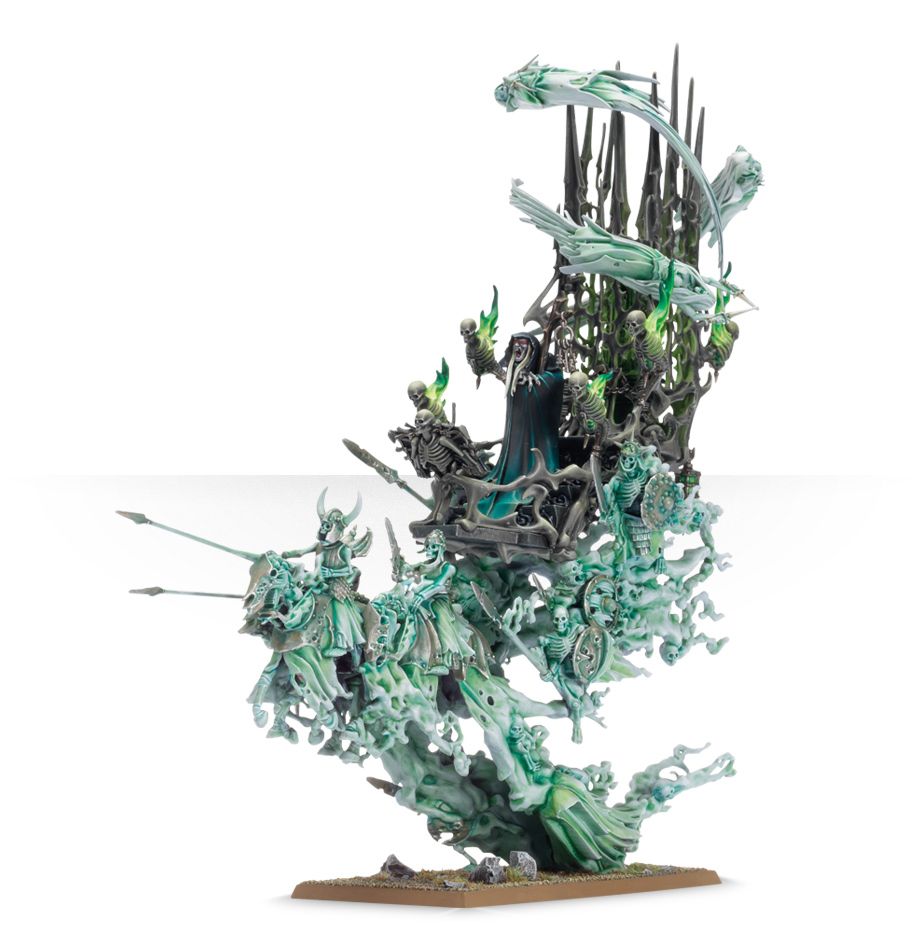 And last but not least, the Legion of Sacrament has one more trick up their boney sleeves:

Boom! If you want to unleash the cold, icy grip on your opponent’s force with magical means, then the Legion of Sacrament is for you!

Who’s ready for some Undeath & Chill?