The latest story from Malign Portents shows a war brewing between Shyish and Ulgu.

There is a war brewing in the darkness of the Mortal Realms. Previously we have seen Morathi descend upon a column of undead, crushing two hapless Necromancers between her sinewy coils. And in the latest story, we catch another glimpse of the conflict blossoming between the vengeful dead and the Queen of Shadows. 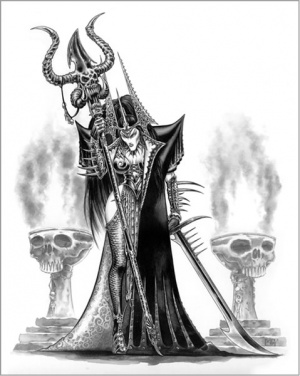 For it is no secret that Morathi lives a-murderin’ and will basically stop at nothing to keep doing that. Possibly to try and sake her own thirst for blood, but more for the chance to feed the iron heartb of the dead god Khaine that she wields. Stolen power for a false herald.

We know Nagash knows of this betrayal. And that, like everything that is concerned with Souls in the Mortal Realms, Nagash takes a very dim view of anyone stealing what he believes are rightfully his. Intriguingly, the souls of the Khinerai (and perhaps other Daughters of Khaine) appear to be stolen. In the story, we catch a glimpse into the ancient past, when Morathi sacrifices every hunter in a village as part of some blood rite to “bring her children into the world.” 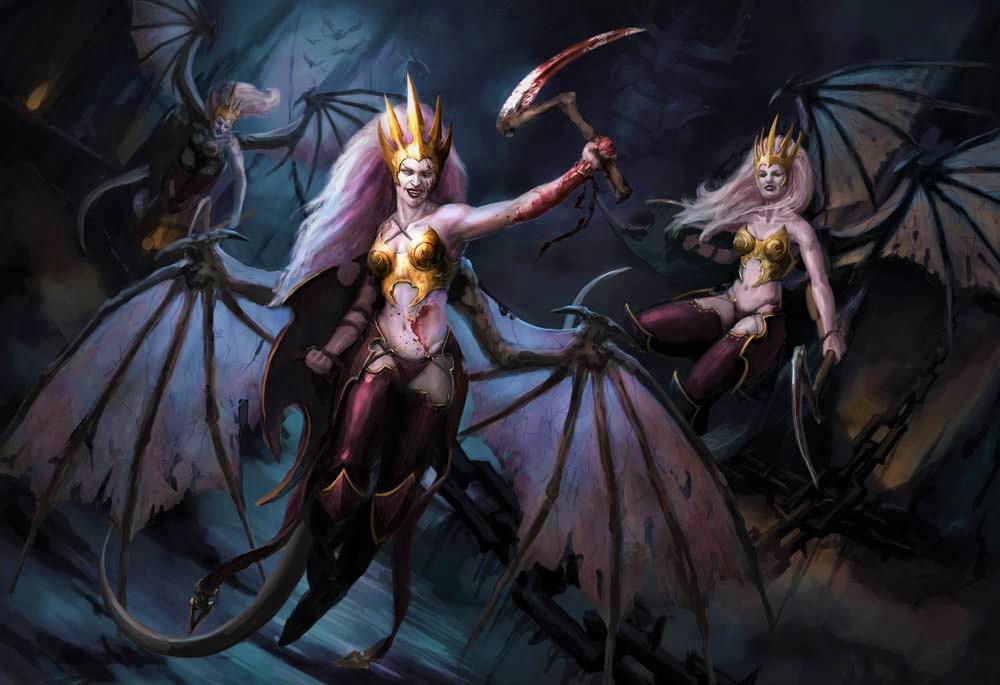 The souls of her victims are apparently transformed somehow–becoming one of the twisted scions of murderous Order.

But the corpses of her sacrifices remember the wrongs done upon them even in the present day. And at the call of a Necromancer, they are given a chance to revenge themselves upon a hunting party. Reclaiming the souls and taking their vengeance at Nagash’s behest.

I like this sort of grey area–granted, the story is from the point of view of the Necromancer, but this isn’t the first time we’ve seen Nagash’s forces offering some kind of succor to the Mortal Realms. Protecting a dying village. Granting vengeance to the forgotten. There’s something noble and sinister here–and I really enjoy it. I’m curious to see how this shapes up, especially as Nagash’s great work nears completion. But for now, sometimes the Dead are heroes too… and that’s kinda cool.

What further secrets does fate hold for the Mortal Realms?

Author: J.R. Zambrano
Bell of Lost Souls Staff Writer and DM, J.R. covers RPGs of all stripes and on occasion eats sandwiches. You can ask him about either at [email protected]
Advertisement
Age of Sigmar AoS Death AoS Order Lore Tabletop News
Advertisement