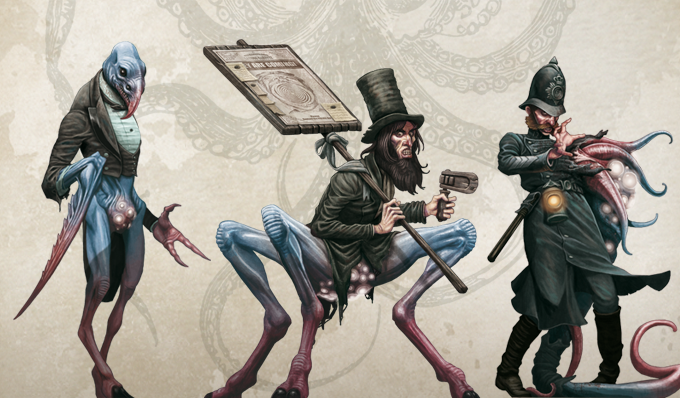 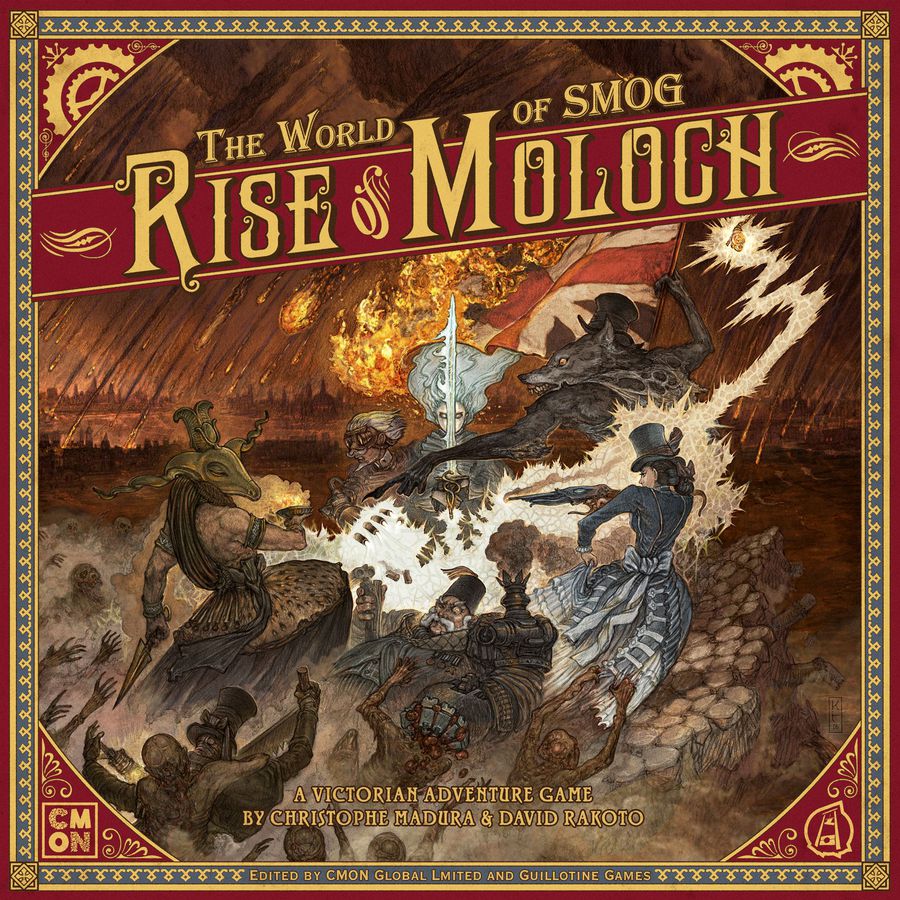 The Empire is under threat of total destruction. Will you stand against the Cult of Moloch or will you be the one to bring ruin to the world?

World of SMOG: Rise of Moloch is a legacy 1-vs-Many game with resource management mechanics set in the Victorian setting ‘The World of SMOG’. Rise of Moloch is the second game in the series, the first being ‘On Her Majesty’s Service’. In Rise of Moloch, one player takes the role of the Nemesis, who runs the Cult of Moloch, a group which seeks the fractured pieces of the Stone of Moloch to revive the forgotten god, Moloch.  Countering this cult is the Gentlemen of the Unicorn Club, which is comprised of individuals from all over the British Empire, each bringing a unique ability to talent to the group.

The game plays out over 6 separate chapters where both teams vie for the Moloch Stones.  Each chapter has its own set up and objectives for both teams and the winning team will gain advantage in the following chapter. The Gentlemen are grouped into 4 separate groups, which define their role in the Unicorn Club. Knights are powerful fighters, Mekamancers are excellent at ranged attacks, Arcanists help bolster their allies and Dilettantes always have the right tools for any job. 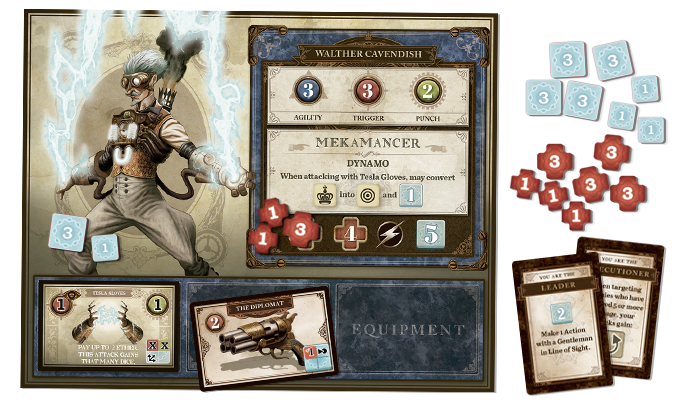 To activate their more fantastical abilities, the Gentlemen must spend precious Ether.  However, each time they do so, those tokens go into the pool of the Nemesis player, granting them more Ether to use on their turn.  It is often a careful balancing act by the Gentlemen to decide when to use their abilities without overpowering the Nemesis to do so.

Between chapters, players can upgrade their characters, improving their abilities and equipping new gear.  However, the Cult of Moloch is not without their own upgrades as well.  Each time the Gentlemen upgrade themselves, the Nemesis gets to upgrade their Minions and Agents as well.

In the end, either Moloch will rise and bring ruin to the world or the Unicorn Club will once again protect the Empire and the world from destruction. 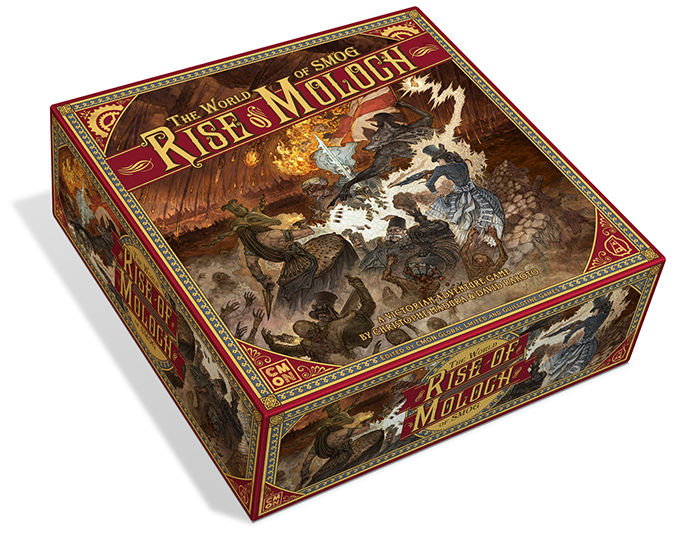 There is an evil on the rise and only a brave few will be able to stop it.

In Rise of Moloch, players assume the roles of different members of the legendary Unicorn Club, sworn to protect the Queen from her enemies. It is a one-against-many campaign, with one player becoming the Nemesis, the head of an underground cult with nefarious plans on their mind. Rise of Moloch is played over six Chapters with an intermission between each where players can upgrade their characters and prepare for the next round. Will the Gentlemen of the Unicorn Club be able to stop the evil plot, or will the Nemesis succeed in bringing Moloch to London?

Will you play as the Nemesis or the Gentlemen?