Are you at your best when swinging a sword, angling an axe, or hefting a hammer? Try the Fighter today!

Fighters are one of the classic D&D archetypes. They’re the sword half of sword and sorcery. They’re the plate in the mail, the knights, the lancers, warriors who need food, badly. In short they’re not just a classic D&D archetype, they’re a classic fantasy archetype. As long as there’s been adventure, there’s been people what hit things with swords (or other weapons). Whether mastering the weapon (and the self) or just getting into really good scrapes, there’s always room for Fighters in any party.

And the class itself is fairly versatile. While it doesn’t quite have the same breadth as a Cleric, or the weirdly specific depth of a Druid, the Fighter is easily the most sustainable class in D&D. Their best ability recharges after a short rest, and you can cast the powerful “hit-it-hit-it-hit-it” spell without needing to break your stride.

Fighters are at first glance a fairly straightforward class. They have a lot of hit points, they have the ability to wear any armor and use any weapon they want. With multiple attacks at their disposal, it seems pretty easy to just pick the weapon that does the damage dice you want in the shape you want and then go to it, rolling d20s to your hearts content. And to be fair, a lot of fighters can do like exactly that without any difficulty. But they can be so much more. All Fighters will have the same basic roles in combat–they are all very good at being resilient in a fight, owing to their hit points and second wind. Similarly fighters are great at dealing damage, and depending on their style they can either do this up close and personal like a brawler, or from a safe distance–almost like a spellcaster, but not really.

And with Action Surge and Second Wind ensuring that they have the tools to keep themselves in the fight (once per rest at any rate), they can be bastions of endurance that carry the party as encounter after encounter heads their way. So how do fighters differentiate themselves? First up is the Fighting Style (which lets them specialize a little bit), second is by feats–with their ability score improvement rate, they stand to be the most able to take all the weird non-combat feats if they want, and finally there are the subclasses. Each of these helps to shore up one aspect of the fighter’s roles in the party. Let’s take a look.

Arcane Archers are Fighters who mix magic and arrows (and both in a decent amount). This subclass makes you much more short rest dependent than others–not only do you get back second wind and action surge, but you gain back both uses of your Arcane Shot. Which is good–because the big defining feature of the class, Arcane Shot (which allows you to add extra damage and magic to your attacks) up to twice per encounter and then you’re spent. After that, sure you have a magic bow and the ability to keep your attack targeting opponents until it hits one–but it’s the Arcane Shots that make you stand out. So it’s kind of a shame how quick that runs out. Nevertheless this class is great for battlefield control and dealing with a powerful enemy.

Pick this subclass if you want to have a few powerful attacks that help to end a fight quickly.

Battlemasters are pretty great, focusing more on versatility. They have the Superiority Dice and the Combat maneuvers which let them do extra damage, as well as pick from a list of maneuvers that help them accomplish a variety of tasks on the battlefield. They are consummate brawlers, but can also focus a little on battlefield control or party support. The Fighter that takes Commander’s Strike, Rally, and Goading Attack is any party’s best friend. And that’s only three of your eventual nine maneuvers.

Pick this subclass if you want to fill a variety of roles in your party–especially if with your feats you’re gearing up to be the party’s leader.

Fighters who become Cavaliers are armored and mounted knights, although the horse is only one part of this subclass. Cavaliers are all about resilience, whether protecting themselves, their mounts, or other people from attacks. They are great at holding enemy attention–their offensive abilities are alright, but where they really shine is in protecting the party with their reactions. As a Cavalier you’ll have to be careful to figure out which reaction to use and when.

Pick this subclass if you want to be in the center of the party, fighting hard to keep your friends safe.

Champion Fighters are all about indomitability. They are fairly straightforward, emphasizing the fighter’s natural endurance and brawling ability, making them able to hold the line in just about any combat. They are the most efficient Fighters there are. They don’t have any other powers that run out–they get constant abilities that help them keep fighting better and harder than the other fighters.

Eldritch Knights are, as the name implies, spellcasters. They’re a perfect blend for any gish build you could possibly want to make. We haven’t seen too many of these that are fighters and spellcasters combined into one–but the Eldritch Knight does this with aplomb. If you take this class, you’ll be stepping into the wide world of fighting with swords and magic in equal measure. There’s a lot to keep in mind, like your action and bonus action economy–but you get some pretty powerful tools that can make sure your enemies are affected by your spells and damaged all to heck by the end of it.

Pick this subclass if you want to blend martial mastery and magic. You can do a lot of damage and keep yourself fighting better, faster, harder.

Samurai are perhaps my personal favorite subclass. They combine the resilience of the Champion along with the brawling abilities of like a Barbarian. This class is about what I like to call offensive resilience. They have buffs that grant themselves temporary hit points, but also makes attacking better. Their fighting spirit ability also sets up the ability to make even more attacks com 15th level, giving them the most attacks per round, especially comboed with Action Surge and/or Haste.

Pick this class if you want to make the most out of a single moment in a fight.

Anyway, that’s the fighter. The anchor for many a party, and your fighting friend who’s fun to be with.

D&D: Luck of the Halflings 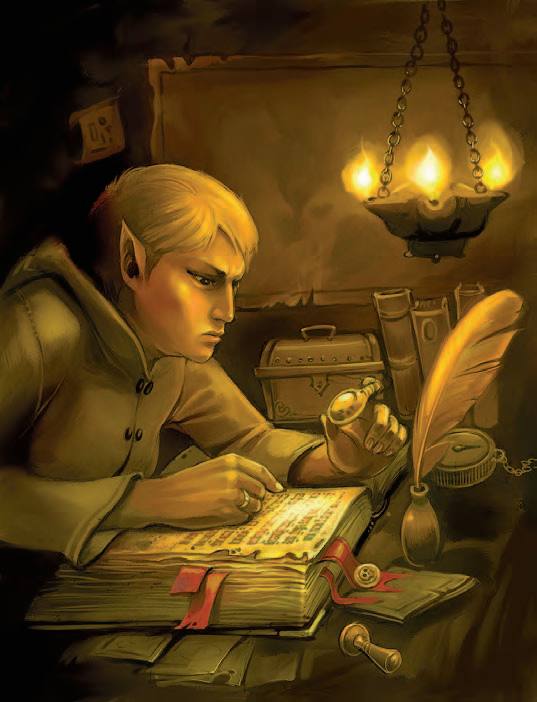