DM’s hate this one weird trick for hitting an enemies. You won’t believe what happens next.

Quick disclaimer: yeah, we know. But this article really is about a weird trick that lets you hit an enemy with any armor class. And some other weird rules interactions that are out there–like how to cast spells while dual wielding (the old drop & grab)–so just sit back, relax, and enjoy these 4 Weird Tricks that you don’t have to be a 90’s kid to understand.

Facing down a foe that you just can’t seem to hit? Their AC is high enough that you’re only hitting on a 14 or 15 anyway, and they have a reaction that pushes that number even further into the stratosphere? Well don’t worry my friend, as long as you’ve got a Drunken Master Monk and a friend nearby who is…questionably good…at hitting targets. 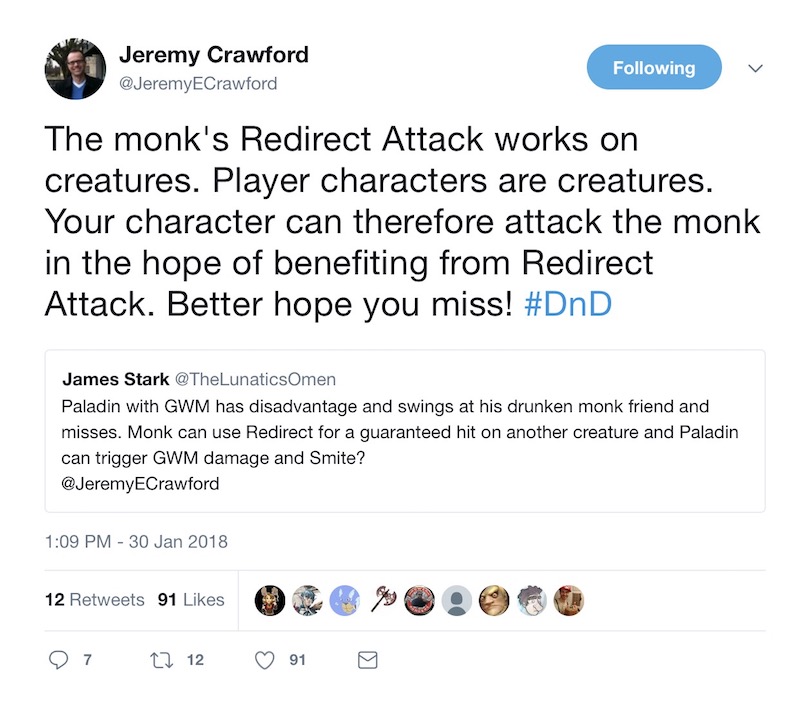 So a Paladin with Great Weapon Mastery, for instance, and easy access to a blindfold can stand near his Drunken Master Monk friend and swing away with disadvantage and the -5 penalty for GWM. If his attack misses (and it’s likely it will), the Monk uses their reaction to cause the missed attack to just hit another creature nearby. Regardless of AC. Then the Paladin Smites and uses a smite spell and all the other good stuff to make one attack have a lot of impact.

Admittedly, this is just one (powerful) attack. And it requires an action and a reaction and a ki point to set up. And there are probably other, better things that you could be doing with your actions. But it goes to show what you can do with some creative thinking.

This one’s pretty quick. A technicality that often goes overlooked–but in 5th Edition, there are two things to keep in mind wen figuring out your actions for the turn. You can always drop something held as a “free action” — basically dropping a held object costs you nothing; secondly, you get one free item interaction. What does this mean?

Well if you’re playing a College of Swords bard, it means you can take the two weapon fighting option, and if you need to cast a spell with both Somatic and Material components, you can drop one of your swords, cast your spell, and have your sword back in your hands ready to attack.

Now, admittedly this is incredibly situational (you have to be playing a spellcaster who is dual-wielding to take advantage of this at all) and generally if you’re casting a spell that means you aren’t using your action or bonus action to attack with–so the two weapon fighting might not always come into play–but it means you don’t have to go through that awkward round of being disarmed in order to cast a spell.

Need a hiding place that also acts as an ambush location? Bring it with you wherever you go as long as you’ve got access to Minor Image. Create an illusory crate/rock/wall and hide within it. As far as disguises go, this one seems pretty solid. 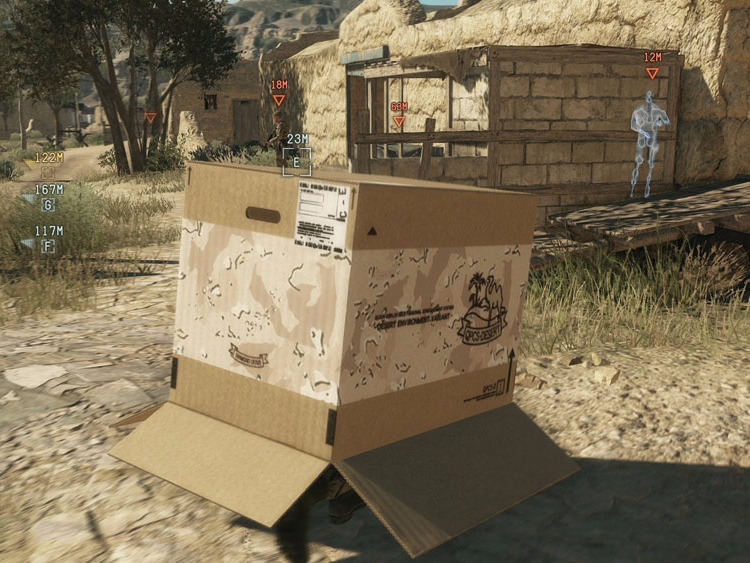 A Cantrip of Ice & Fire

Want to have the coolest (literally) light source in the game? Gather your druid friend and unleash the following combination. Produce Flame creates a flickering flame in your hand that burns neither you nor your equipment (and it’s created by magic, which is important)–and more importantly it doesn’t require concentration. This last bit matters because you follow this up with a Shape Water, which you can have flow around the flame and freeze, giving you a lantern of frozen fire.

This one really isn’t super useful in combat–it’s just kind of cool. Shape Water allows for other shenanigans, like freezing and melting and freezing again inside a lock (a la the Codex Alera) to try and weaken it enough that you can break it. Again it’s just taking some time to think about what you can do with the tools you have.

I love these noncombat tricks in particular because they encourage players to really immerse themselves in the world. To think creatively as their characters might, and that’s what D&D is all about. Plus some people enjoy the challenge of figuring out what you can do within the framework of the rules.

And they’re only there until they get in your way. You never want to throw them out entirely, the rules are what make D&D a game, as Crawford says, but they should inspire weird tricks and creative thinking like this–as well as the other roleplaying and much more standard combat tricks that every character does. So keep that in mind as we head into the weekend.

What weird tricks do your characters use?