The Raven Queen rules over the Shadowfell, wherein she meddles with forces that are both shadowy and fell.

With Mordenkainen’s Tome of Foes looming on the Horizon, cosmic conflicts in Dungeons and Dragons are swimming into focus. And while the Blood War might be the big centerpiece conflict that holds wide-reaching implications, but there’s also the more subtler ones. Like the conflict in the Shadowfell, which is currently ruled by the Raven Queen (or Queen of Ravens) is this mysterious figure who isn’t necessarily a god or goddess, but isn’t not one either. Whatever she is, the Raven Queen rules the Shadowfell and she has a powerful influence over the cosmos.

One of the reasons she has such influence over everything is because of her position as rule of the Shadowfell. Again, tying back to the whole planar theme of Mordenkainen’s Tome of Foes, the reason the Shadowfell matters so much is it’s the place through which the river of souls passes as the souls of the departed make their way through the gate of death and into the outer planes.

It’s been said in the past that souls represent power in the outer planes, it’s one of the things that Demons and Devils are fighting over in the Blood War. And so the Raven Queen being this mysterious force that represents neither law nor chaos–nor good or evil, is seen as meddling by the other deities. With good reason: on occasion, when she spots a soul that interests here, whether because of the potential of the soul, or some other inscrutable reason, she can send her ravens out to flock around the soul and pull it to her. 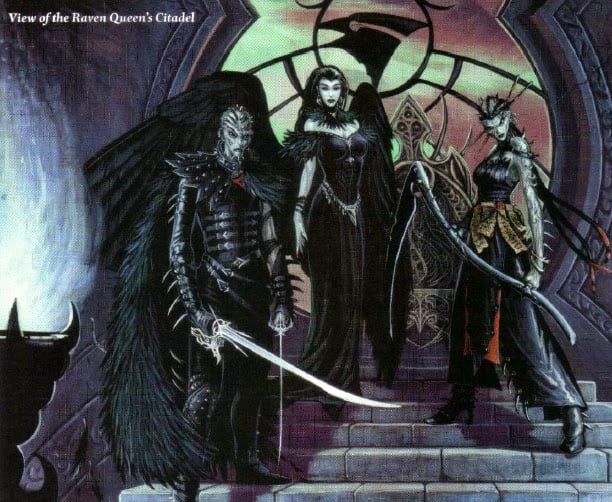 Little wonder then, that she has so many Warlocks. Or at least, has had so many warlocks in the past–and with her popping up as a slight mention in Xanathar’s Guide to Everything, I’m hoping that she’ll be featured a little more. She pulls off the “mysterious, maybe slightly capricious powerful figure, who likely has a dozen plans”… very well. She reminds me a lot of the Lady of Pain in that way–I’d love to see the two of them have a team up adventure, though I doubt the Planes would survive it. 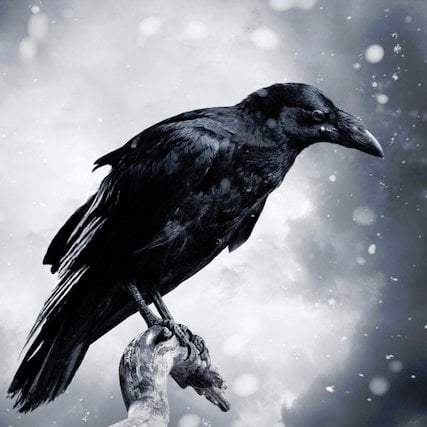 At any rate, between her influence over the flow of souls and the Shadar-Kai (who are elves now), the Raven Queen is at the center of a surprising number of planar events. Doubtless we’ll learn more about her in the coming months.

In the meantime, all you really need to know is that she loves it if you point out how Raven something is, so you should always do that.

RPG: Behold Beauty in Eye of the Beholder