From the look of it, the next big wave for the X-Wing game is gonna be a Rogue One…

The Empire is tightening its grip on the galaxy–its shadow stretches out beyond Jedha, Scarif, and Eadu–the operatives of the Rebellion fight desperately against ever-increasing odds. And in the midst of the nascent Galactic Civil War, a band of renegades does whatever they deem necessary to fight the Empire. While a TIE transport takes to the field, loaded for bear with the deadly Death Troopers (I may have structured this entire paragraph this way so I could type out deadly Death Troopers). 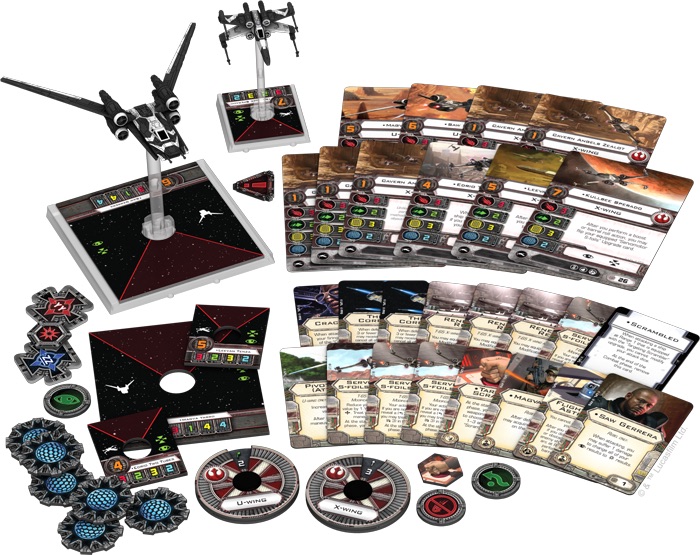 X-Wing Wave XIV is here, and it’s all Rogue One flavored. There are two big expansion packs for it–there’s Saw’s Renegardes which, like the Rebel Aces and Heroes of the Resistance packs, is a repaint of already existing ships, giving U-wings options like the Targeting Scrambler… 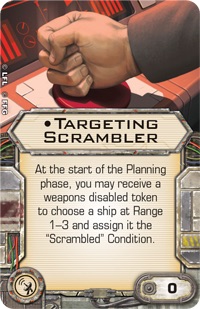 …which lets you give up your shooting for the ability to give a ship the Scrambled condition–which means targets attacking at Range 1 can’t modify their attack dice. Great to put on a support ship. There are ten ship cards and fifteen upgrade cards all in all.

And the new ship in this release is the TIE Reaper. This one is the troop transport that carries the Death Troopers into battle. As you might expect from the name, it’s a fairly deadly transport, with its fancy ailerons and thick armor giving it a surprising amount of durability. But more importantly, this thing is a troop carrier. Now as you’d expect, this ship carries Death Troopers… 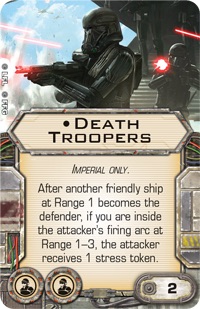 …which are amazing. Even their presence is enough to stress most targets. But Emperor Palpatine himself can join the crew and direct the battle. Sadly, he doesn’t seem to be able to shoot lightning at your enemies, but you’ll still be able to shout UNLIMITED POWER every time you change one of the dice on a friendly ship’s roll. 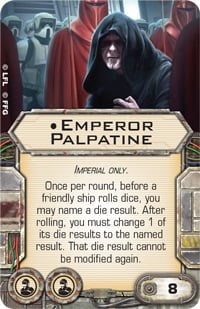 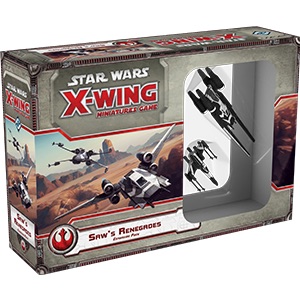 Take the skies with Saw Gerrera and his renegades with the Saw’s Renegades Expansion Pack! Rather than introducing completely new ships to the game, this expansion follows in the vein of the Rebel Aces Expansion Pack and the Heroes of the Resistance Expansion Pack by introducing new versions of existing ships already in the service of the Rebel Alliance. In this case, you’ll find two new ship miniatures—a U-wing and a T-65 X-wing, both pre-painted in the stunning red-and-white paint scheme of Saw Gerrera’s freedom fighters.

Though the ships may be functionally the same as the ones included in previous expansions, the Saw’s Renegades Expansion Pack offers an assortment of ship cards featuring pilots from Saw’s motley band of warriors—or even Saw Gerrera himself, flying his powerful U-wing into your battles. Along with new ship cards for both the T-65 X-wing and the U-wing, you’ll find an arsenal of fifteen new upgrade cards, equipping your squadrons with any number of unusual tactics or system upgrades. 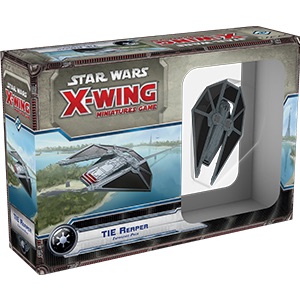 Engineered as a high-performance troop transport for in-atmosphere missions, the TIE reaper also made its debut in Rogue One. Equipped with advanced ailerons for precise atmospheric maneuvering, thick armor plating, powerful laser cannons, and the capacity to carry elite infantry, this menacing vessel struck fear into Rebel forces across the galaxy.

Any TIE reaper that you choose to fly in your squadron packs a potent strike, rolling three attack dice as its primary weapon attack. A TIE reaper is not especially agile, leaving it with only a single defense die, but with six hull and two shields, these starships are durable enough to stick around on the battlefield. In fact, TIE reapers bring something quite special to your Imperial X-Wing squadrons. This ship bears the unusual jam action that lets you jam nearby ships and prevent them from using a focus, evade, or target lock—opening a wealth of tactical opportunities when you’re building your squad or flying into battle.

And here all this time I thought it was Saul Gerrera 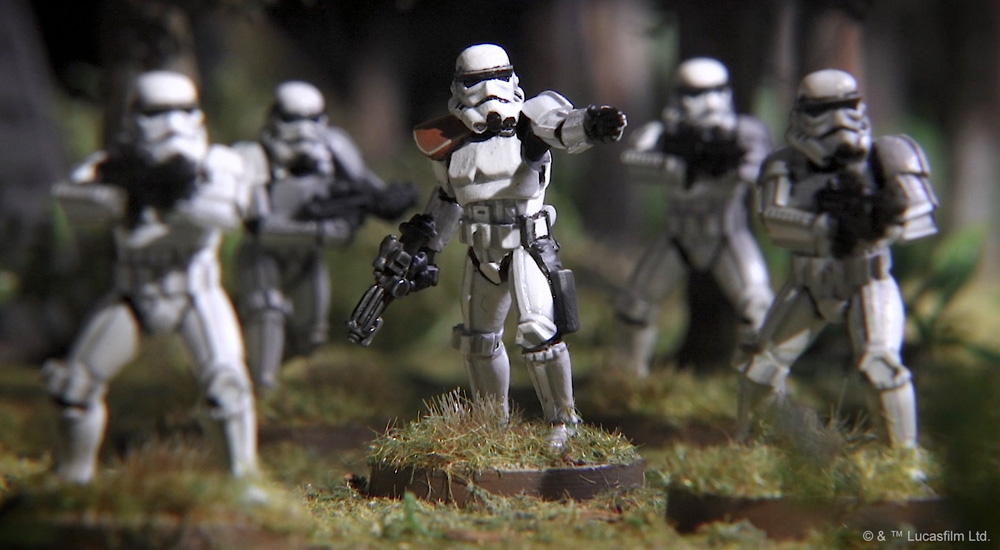