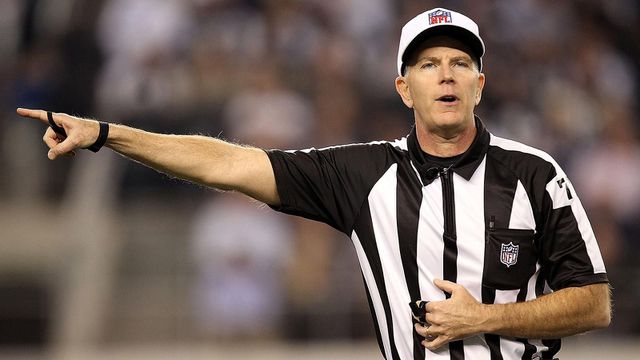 Hello everyone, SaltyJohn here to bring you a run down of my time as a Head Judge at the 2018 Las Vegas Open!

Hello everyone, SaltyJohn here from TFG Radio and one of your Las Vegas Open 2018 Head Judges here to bring you a run down of my time as a Head Judge at the 2018 Las Vegas Open

First off a huge thank you to Reece, Frankie, and the whole crew at FLG for putting together a convention of this size. The fact that it keeps growing year after year is testimony to how well organized and well run it all is. This was my second year as a head judge for the Warhammer 40k events, with a focus on the almost 500 player Championship Event. As a judge and simply an attendee of this marquee event in the 40k calendar I wanted to put together an article of my thoughts on what went on at LVO and perhaps some thoughts on the future of Competitive 40k with those observations in mind. If you follow TFG Radio on Facebook, Twitch, and YouTube then you already know we did our LVO 2018 wrap up episode last night with special guest, and fellow #REKT team mate, Jeff Poole who made it to the top 8. The video of the Twitch cast is embedded below and if you prefer our Twitch Casts as Podcasts then head on over to iTunes, your podcast app of choice, or click here the episode is live!

I am going to break down my LVO experience into three categories: the good, the bad, and the ugly. The good, obviously was what came out of it that was good, the bad is more like things that are easily corrected or on average fine, the ugly is stuff I disliked. The last category is, thankfully, quite small. 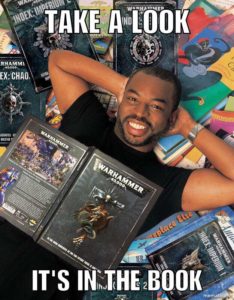 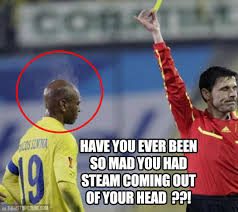 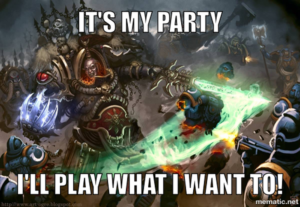 Ok, you know I wasn’t going to let it go with just the above statement. So Eldar had a clearly strong finishing in the top 8 but also in the field in general. I don’t think this is only due to the strength of the Eldar codex, nor do I believe it is an indicator of Eldar being OP and in need of nerfs from Games Workshop. If you watched, or listened to, our pre-LVO show on TFG Radio you’ll have heard my prediction that no Primarchs would make it into the top 8. I was correct on this. My reasoning behind this was most people were using the ability to beat the Primarch lists as the benchmark of a list being viable. Much like how the checklist of a good list in 7th was if you could effectively deal with Eldar, Wolftide, Battle Company etc; the measuring the stick for the meta running up to LVO was if you could deal with a the Primarch lists. This helped Eldar dominance in two ways. The first is Eldar are quite good at dealing with the Primarch lists, and the second is lists that are good at dealing with Primarch lists aren’t great at dealing with Eldar lists. This effect is compounded in the current meta where not all the codices have been released. Personally I believe that with Dhrukari, Tau, and Necrons coming out soon we’ll see a shift in the meta away from the Eldar dominance that was on display at the Las Vegas Open without a need to nerf them.

I decided to put this outside the structure of the good, the bad, and the ugly, because it doesn’t override what I said earlier about the painting/modelling requirements being good and an overall boon to the event and the scene as a whole. Rather, this is more an addendum to those thoughts and observations. While the guidelines and process of having conversions approved helped quite a bit in regards to terrible “counts as” or “conversions” at the LVO there were still enough questionable ones that I must reiterate a previous stance of mine. I personally think the time of conversion, proxy, and counts as armies in competitive 40k needs to come to an end. If you want to bring that to Narrative, Friendly, Apocalypse, or RTT events that’s fine but in the hyper competitive environment of Championship events I think if there’s a model for it, you should be required to use it. I know that’s an unpopular opinion and hopefully with continued enforcement of the painting and modelling requirements my stance on this will become unnecessary.

The Las Vegas Open 2018 was an amazing convention filled with great events, good people, and fun times. Staying up until 3:30am Saturday morning probably wasn’t one of my better ideas, but it was Vegas and is something you really would only do at a 40k that’s held in Las Vegas! I can’t wait to see what improvements can be made for next year and I’m excited to come back to Head Judge again if Reece and Frankie want me to.

Author: Pablo Martinez
Warhammer 40k analyst, tournament reporter and Ultramarines enthusiast, I'm the man behind the 40K podcast: Signals From the Frontline. I seek to gather more knowledge about the Warhammer 40k and share it to unite both hobbyists and gamers. I began writing for BoLS in 2016.
Advertisement
Las Vegas Open Warhammer 40k
Advertisement