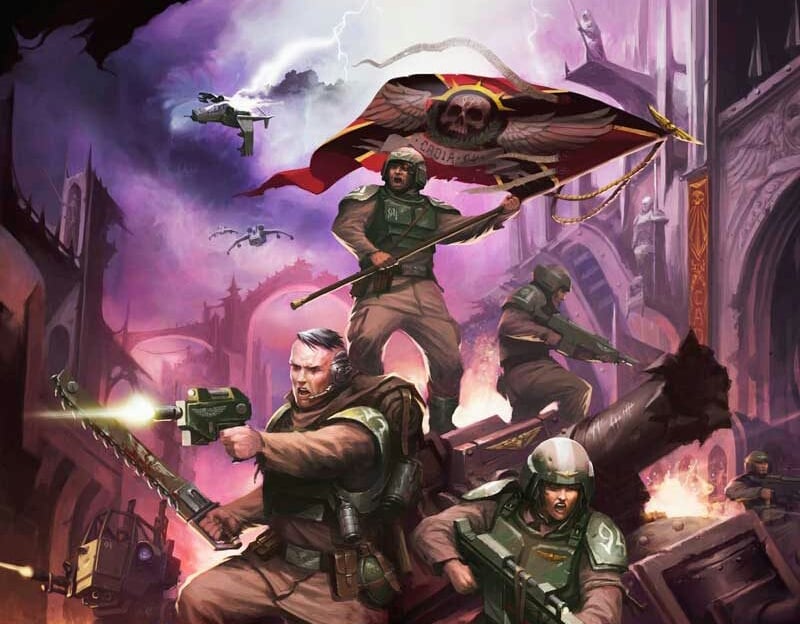 The upcoming 40K RPG can handle characters and threats from Guardsmen to Hive Tyrants.

The galaxy is a dangerous place. But not all dangers are created equal. A dire threat to a guardsman, for instance, might be little more than a nuisance to a Space Marine. But downright apocalyptic to a Grot. Wrath and Glory prides itself on being broad and inclusive–time and again we’ve heard how the system is intended to support the breadth and depth of the worlds of 40k. Players can take on the normal human stuff you’d expect, but we’re pretty sure Orks, Marines, and even Eldar will be available as nonhuman options. 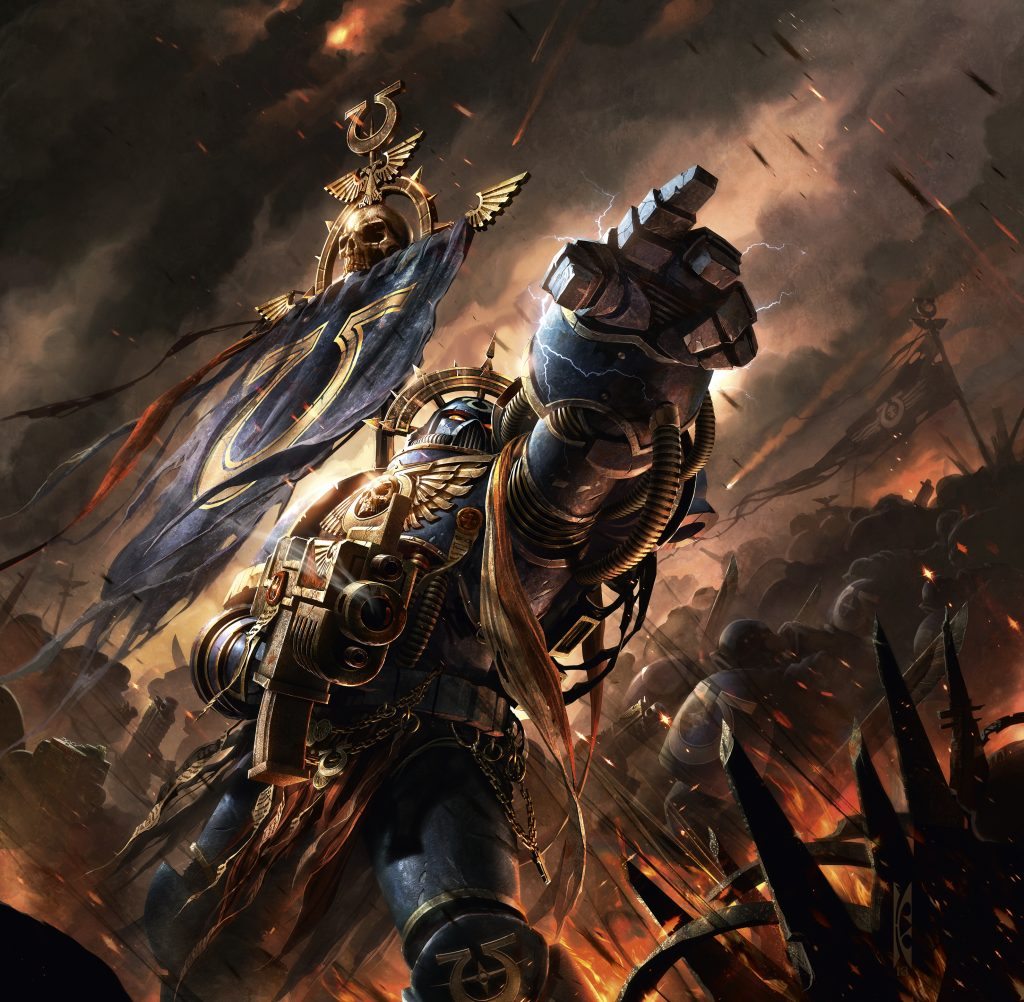 Or maybe the poison spitting genetic mutants are still human. Doubt it though.

So let’s take a look at the last couple of designer diaries for a look at how everything plays together. It all comes down to Tiers and Ascension.

In order to represent the full range of options available to players (and here, I appreciate the emphasis on players at the center of the story, rather than a simulation of what the world is actually like), Wrath and Glory breaks up the power level of the game into 5 different tiers. Each tier represents a certain swath of character type/race options,  as well as the kinds of threats and equipment you’d expect to encounter along the way. 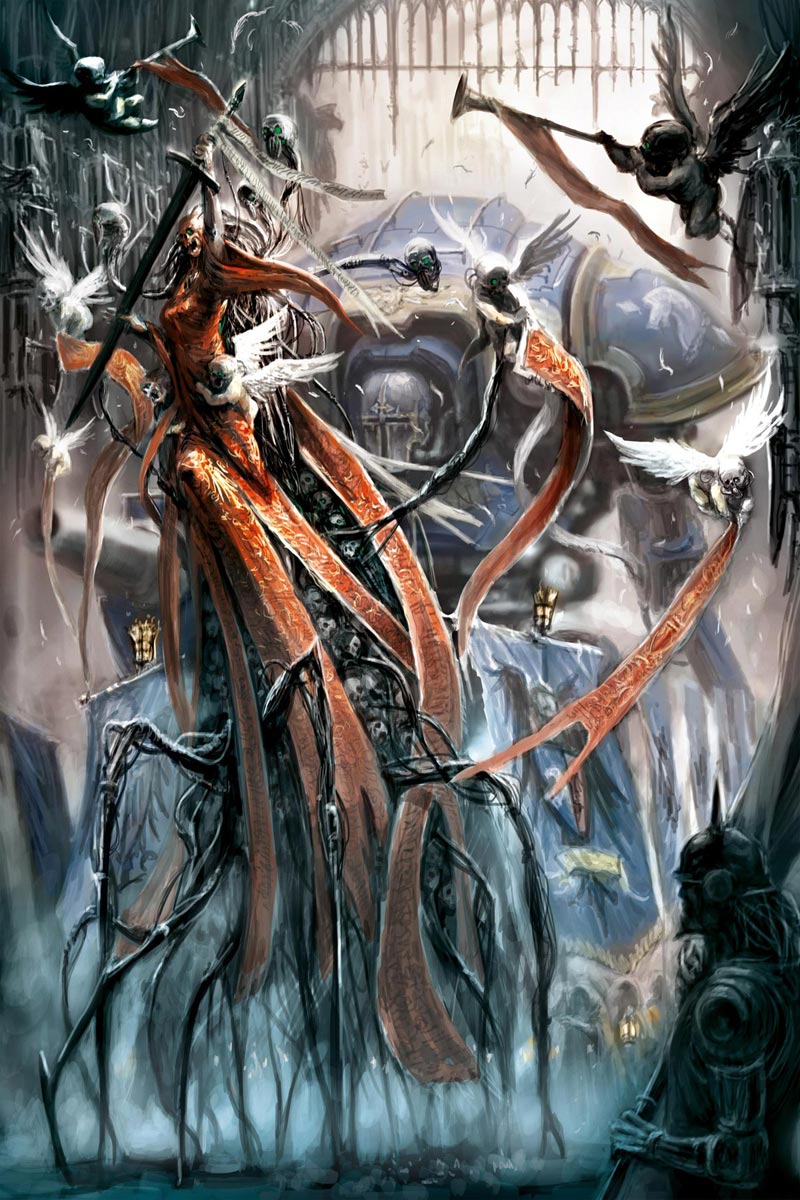 Tier 1, for example, represents a power level appropriate for characters who are not epic heroes—these are the Imperial Guardsmen, the Inquisitional Acolytes, the Hive gangers, the Eldar Corsairs or the Ork boyz. Tier 1 characters are expected to deal with appropriate challenges. This means that the dice pools and the kinds of enemies they are likely to face are also calibrated according to the Tier. A Tier 1 enemy might be a group of cultists led by a crazed mutant, or a single genestealer might be the “main villain” at the climax of a session.

A Tier 3 game, by contrast, is calibrated for a much more powerful and capable group of heroes. Power Levels are not necessarily graded on simple combat ability, either. Psychic powers, authority, access to particular wargear, and other factors are involved in what determines an archetype’s starting Tier. A Tactical Space Marine is a Tier 3 archetype, as is an Eldar Warlock, as is an Imperial Commissar. At Tier 3, a genestealer might be just one of several nameless enemies they encounter during a mission, whilst something like a genestealer cult patriarch would be likely a named, climactic adversary.

But that’s just surface stuff. There are larger dice pools, fiercer threats, more risks as you go higher up the tiers. However, one of the biggest tropes in 40K is being out of your depth. 40K, or at least the stories in it, ate about people taking on the long odds and winning. Even if they don’t always walk away.

To that end, the Ascension mechanic comes into play:

Characters with an archetype of a Tier lower than the Game’s Tier can Ascend.

For example, Imperial Guardsman Tannenberg (a Tier 1 archetype) joining a Tier 3 game would still begin play with just his flak armour and a lasgun, which could lead to Tannenberg’s player feeling very under-prepared for the challenges of a Tier 3 campaign.

So here’s how Ascending works. A lower-Tier character buys an “Ascension package,” which gives that character three important things. First, the character gains a new Keyword to symbolize their journey from that lower Tier to the higher one. This keyword represents some allegiance, contact, or connection to another organization that the character acquired, and it comes with some bonus influence to indicate that the character is now more well-known. Secondly, the character gains either some points of Corruption or a memorable injury—typically some kind of scar or other reminder that the 41stMillennium is a very dangerous place. Thirdly, the character may select some additional gear of higher rarity than their starting equipment, and the value of that gear scales with the new Tier to which they are ascending. 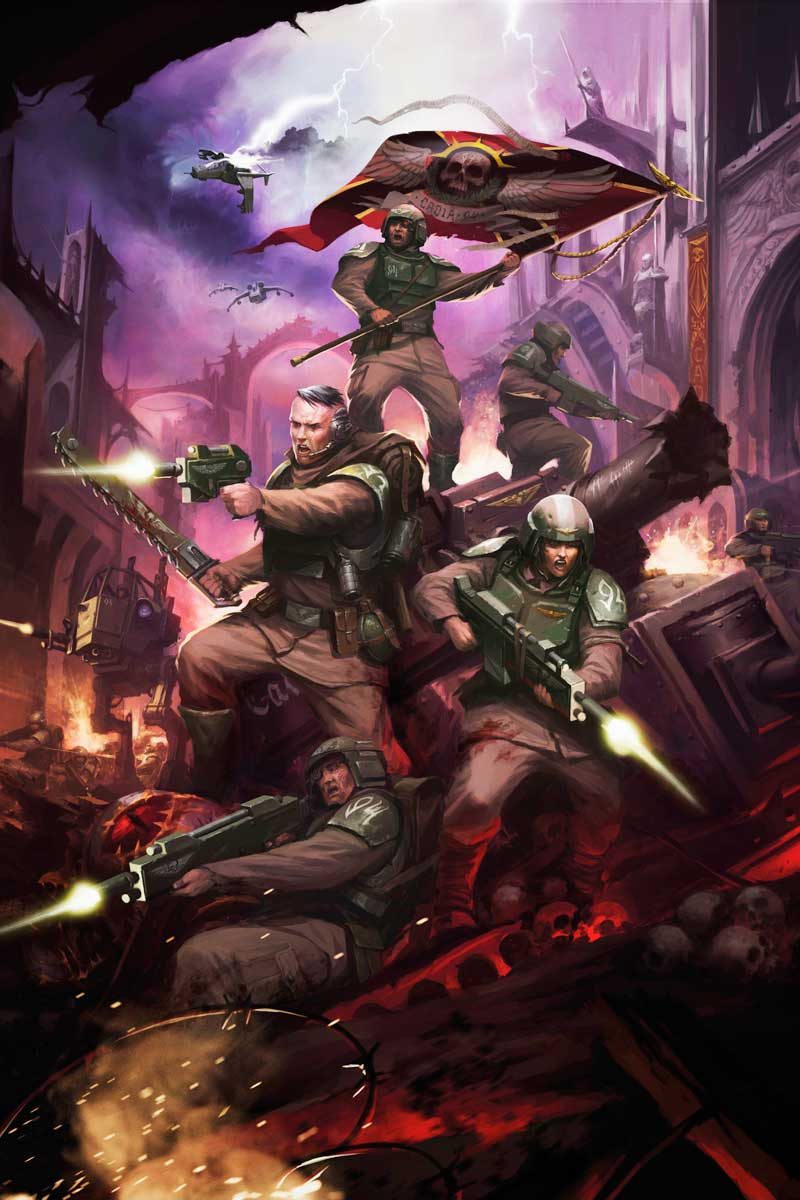 It’s meant to reflect that characters that move from tier to tier are more like the legendary heroes in 40K. Though if a Space Marine is Tier 3, it makes me wonder what Tier 5 is. Could my dream of playing a Dreadnought be nigh?

Grimdark adventure is so much better when you’re an unstoppable robot/ghoul. 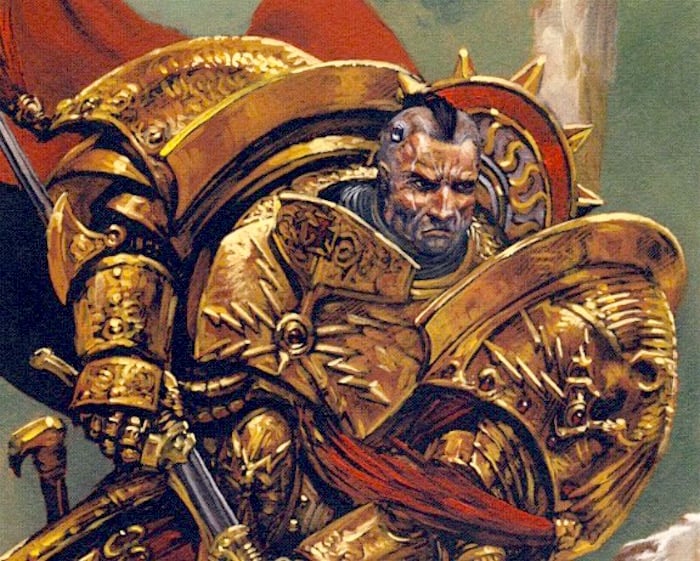