Hey all, Adam here, from TFG Radio, for this week’s reviews!  We have Thousand Sons codex reviews, still talking about the Las Vegas open, interviews, and more! So, let’s get on with the reviews!

TFG Radio Bonus Episode 3 – This week is a bonus interview with game designer, and 40K godfather, Andy Chambers! He is most well known for being the mind behind Battlefleet:Gothic snd, most recently, has a World War 2 fighter game, Blood Red Skies, coming out. He talks about his time at Games Workshop, life after Games Workshop, what he thinks of tournaments, his one game design regret, and helpful tips if you want to design games yourself. Give it a listen.

Allies of Convenience Season 2 Episode 17 – In this episode they have an interview with 40K ITC winner, Nick Natavati

As always, check out our blog, at TFG Radio, and give the podcast a listen. We talk 40K mainly but delve into other game systems. As already mentioned, this week we have a bonus episode! Adam had the honor of interviewing the one and only, Andy Chambers! In this episode we talk about his time at, and outside, Games Workshop, what he thinks of tournaments, his one game design regret, and helpful tips if you want to design games yourself. 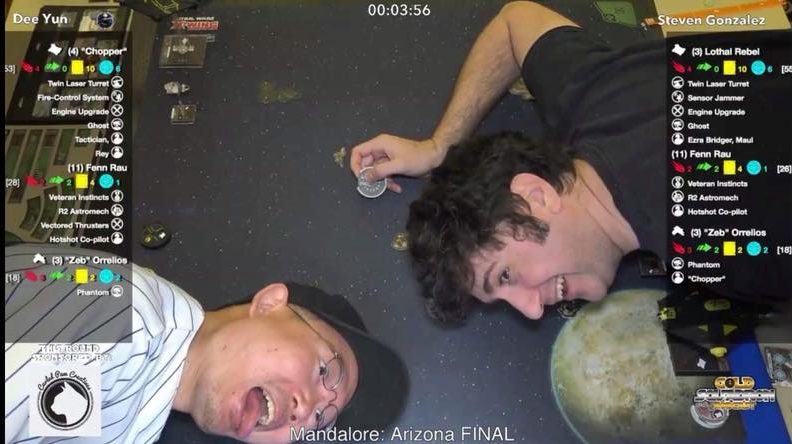