The Tyranids have invaded Adepticon’s Top 16 Championship Cut – come check out the ratios of who made the list!

This years Adepticon 40K Championship is shaping up to be a very interesting shake-up in the meta. We’re taking a quick look at the top 16 army lists to get a gauge of what is popular among the tournament players. Now, it’s a little wonky as many of the armies are taking a splash here-and-there of allies so we’re just going to go with the over-all list.

The Most Popular Faction is Imperials with 6

The Imperial lists are a mix of Blood Angels, Astra Militarum, Custodes, Dark Angels, and a splash of Assassins and Grey Knights.

The Tyranids are allowing their Hive Tyrants to do a lot of the heavy lifting this year. Flyrants are still a thing. The are also a big mix of cheap Troops (rippers) and Fast Attack (Mucolid Spores). One lists brought a ton of Hive Guard with Impaler Cannons and another mixed in Genestealer Cults to gain access to a Shadow Sword with the Astra Militarum.

The Chaos lists feature Death Guard and Nurgle pretty heavily. There are couple variants of the “Pox Blossom” lists and Ahirman, Epidemius, and Tyhpus are popular HQs running around.

The lone Aeldari List is doing the Dark Reaper thing with a splash of other Eldar options.

Obviously the biggest shocking in the US is the downfall of the Aeldari/Dark Reapers in the top 16. Now this could be due to a couple of factors, the main one is that is looks like a lot of the lists that made it to the top are built to really stop them. Lots of drops, lots of ways to counter the Dark Reapers. The second big thing is the impending changes that the players are waiting on. The tournament players know that a change is coming for the Reapers and the Ynnari, so perhaps they are just shifting their game plan and armies accordingly.

The next big shock is also the rise of the popularity of the Tyranid Armies. Our sources have told us that the Flyrant heavy lists are great counters to Dark Reapers and are pretty effective at “getting work done.” We’ll see if they end up clawing their way to the top of the Championship pile.

A non-surprise is the strong showing from both Chaos and the Imperium factions. While none of the armies are exactly the same, they all bring a lot of tools to the table. The Imperial Soup is still strong and Blood Angels have a few solid choices that keep popping up. The Dark Angels bring a lot of speed and firepower to the table as well. And the Astra Militarum are super points efficient. Lastly, the Custodes are supporting a lot of these armies with Shield Caps on Bikes (or on foot).

The Chaos lists seem to be one of those factions that forces the other armies to deal with them vs being constructed to be “counters” to the other lists. Pox Blossom is still really tricky to deal with as it puts out a ton of bodies on the board. And the arrival Death Guard and other Nurgle heavy elements should really be a shock either.

What is surprising is the lack of the Primarchs. Magnus and Morty didn’t seem to make the cut this year. Same with Robbie G! I’m starting to wonder if maybe those options were too expensive for the points… Maybe they did show up to the tourney but they didn’t make the jump to the top 16.

If you’d like to take a look at the lists, you can view them all here. We’ll be keeping an eye on who ends up being #1 at the end of the Adepticon 40K Championships!

Any shocks or surprises? Which army do you think is going to claim the top spot at Adepticon this year!?

Author: Adam Harrison
Writer, Editor, Texas Native, and Austinite for 15+ years, Adam covers all things Tabletop Gaming. Which includes Warhammer 40,000, Age of Sigmar, D&D, Board Games and everything else that involves dice, boards, cards and a table. A hobbyist, player, and collector of miniatures and games, Adam's current obsession are his Death Armies for Age of Sigmar, his Blood Angels and Tyranids for 40k, and his ever growing Arkham Horror: The Card Game Collection.
Advertisement
Adepticon Tabletop News Tournaments Warhammer 40k
Advertisement 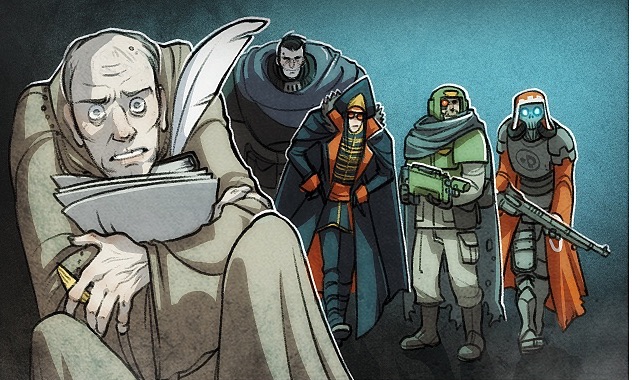