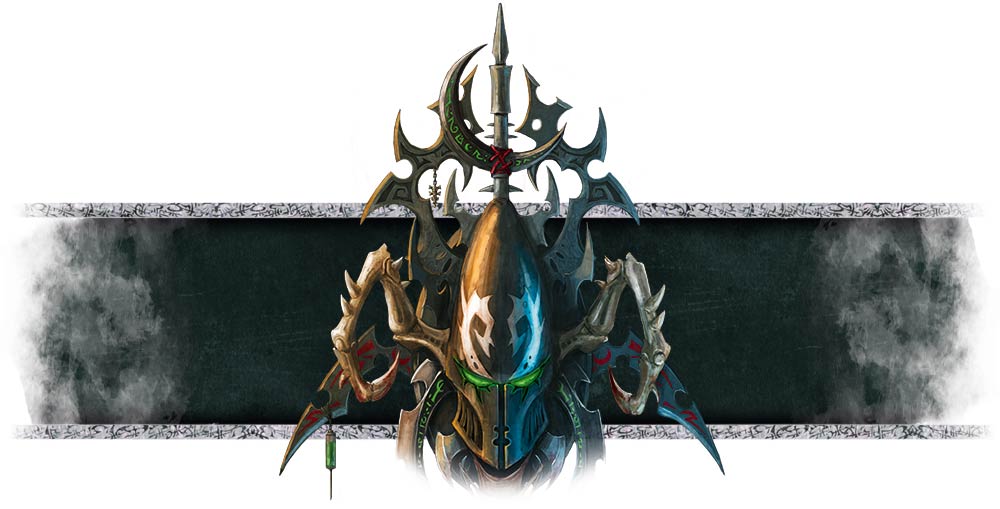 From deep within the shadows of the galaxy come the spikiest, murderiest aeldar you’ve ever seen.

That’s right friends, it’s time to be fast but, ultimately, frail. Time to adorn yourself, your family, and friends with spines, spikes, or whatever pointy bits you happen to have laying around, because the Dark Aeldar are coming and boy are they going to murder everything so that they prolong their inevitable fall to Chaos because of how much they like murdering.

At any rate, hot on the heels of the Necron Codex comes Codex: Drukhari. And with it comes a storm of news, let’s take a look. 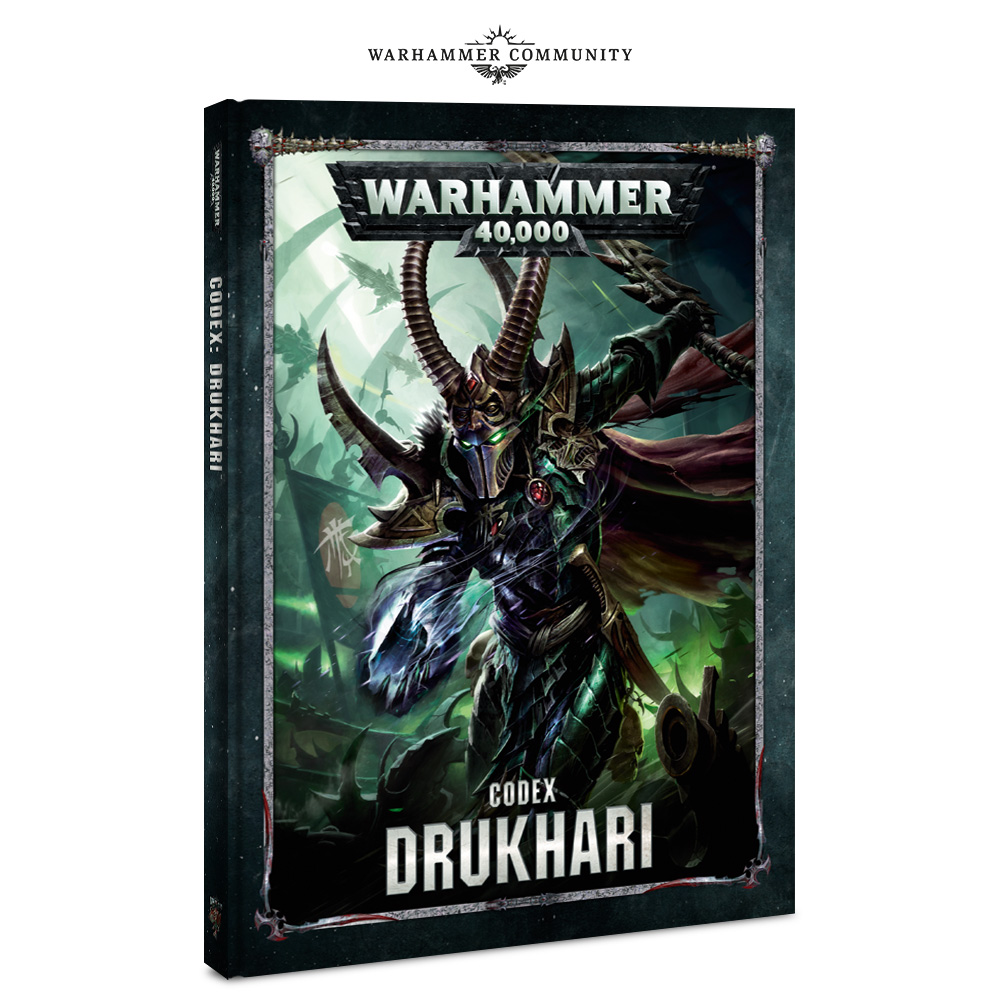 Codex: Drukhari takes the principles of the codexes so far, and, as with everything else the Dark Kin do, pushes it to a whole new level. Codex: Drukhari isn’t just your guide to one army, it’s your guide to three, featuring in-depth rules for the Kabals, Haemonculus Covens and Wych Cults that inhabit Commorragh. Thanks to a flexible new set of rules, your Drukhari armies will reflect their background better than ever before – a disparate raiding party drawn from several sources with multiple leaders vying for influence.

This is pretty intriguing. Three sub-factions within one codex could be an interesting proof of concept. If they really are different from just the “faction rules/keywords” combo that currently exists. Especially since we know Harlequins are coming up at some point as well–and it’ll be interesting to see how that codex gets expanded out. I feel like this is a good compass for that. 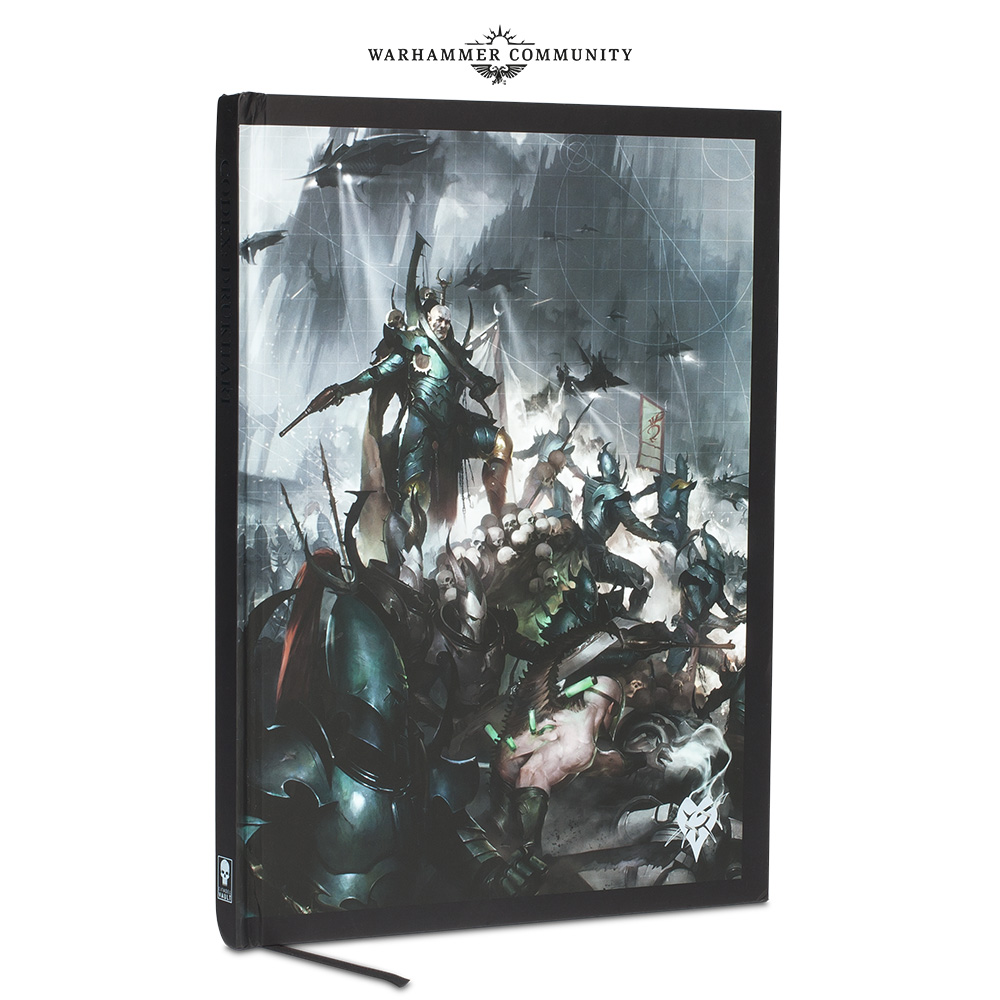 The new Drukhari codex marks the perfect time to begin your own force of these soul-thirsty raiders, and you won’t find a better way to kick off your army than Start Collecting! Drukhari. Packed with enough units to build a Patrol Detachment and designed to save you money, this set is particularly awesome in light of the new codex, featuring a range of units that have been greatly improved. 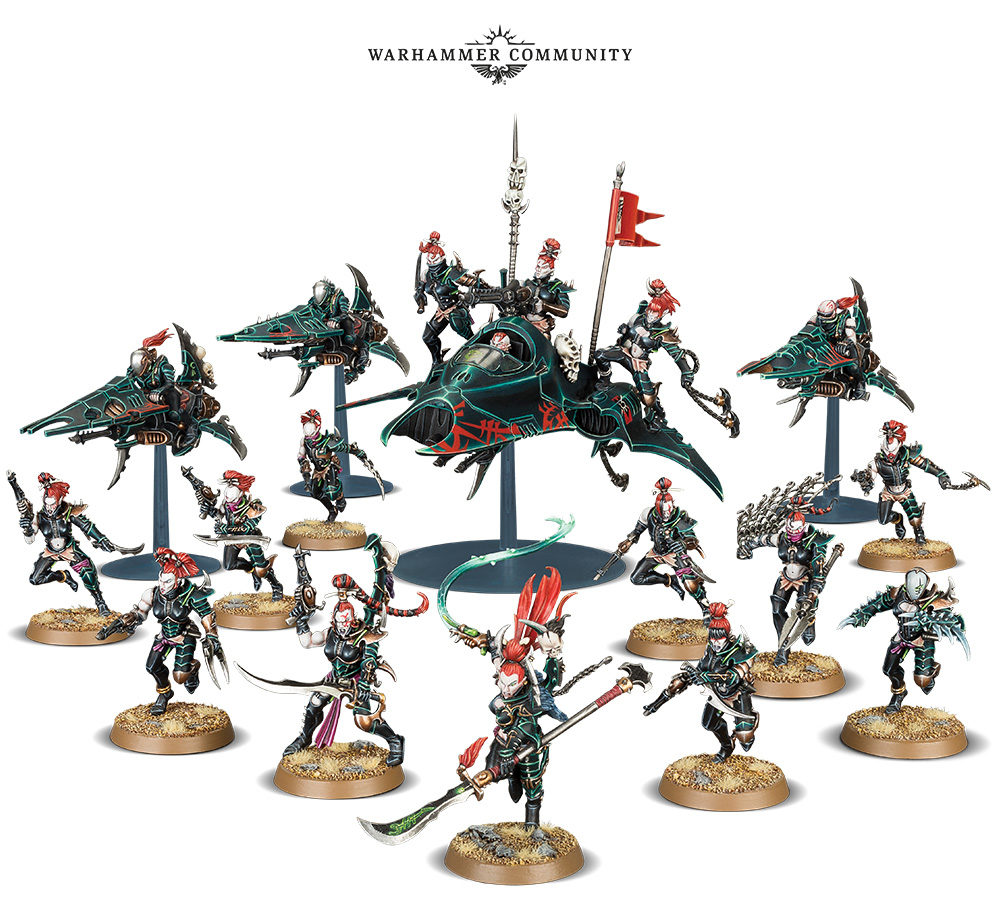 And a Start Collecting! that shows off what’s been revamped in the army–it’s been a while since Dark Eldar have been dangerous–let’s see what this new ‘dex does for Drukhari. Be sure and check back mext week for more previews.

Oh great, even more chances to impale myself while building miniatures…