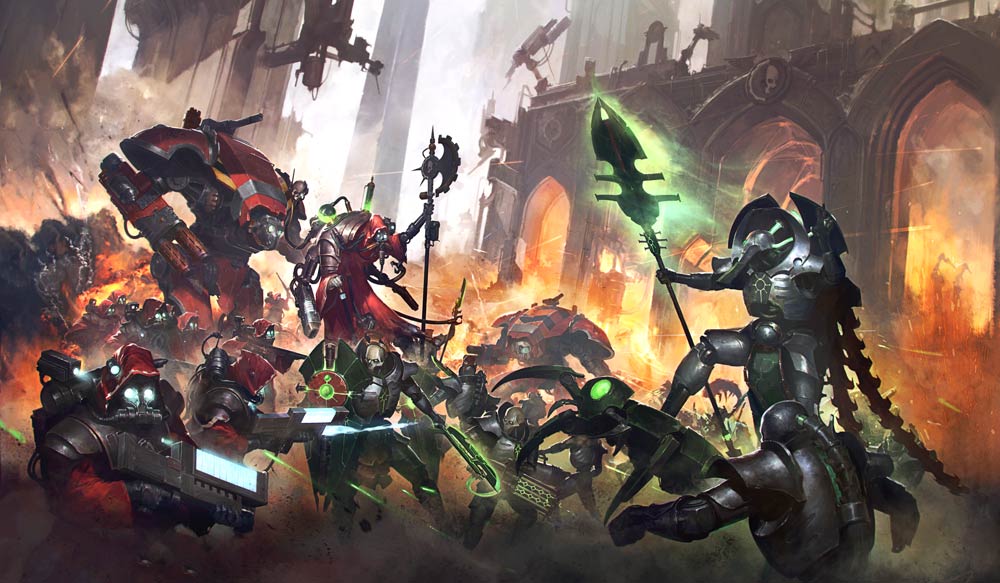 Games Workshop pulls the covers off of Forgebane – It’s an Ad Mech vs Necron boxed set!

Early today, we got a hot tip about a new box set with some leaked pictures. Now Games Workshop has confirmed that Forgebane is coming soon! And now we know where those sweet new models are going to be…

In Forgebane, two venerable empires clash for supremacy on a forge world that was revealed to be a tomb world following the opening of the Cicatrix Maledictum. In the boxed set, you’ll find two armies, along with rules for playing them and a new chapter in the lore of Warhammer 40,000, as the Adeptus Mechanicus discover the secrets of blackstone – a mysterious material with the potential to neutralise the powers of Chaos or even amplify it to a horrific degree.

The Cryptek is said to be “made of plastic” and has a new piece of wargear that “allows them to skim above the battlefield and repair your units.” Sounds good to me! And how about the Knight Armiger Warglaive? It certainly looks like you’re getting TWO in the box! and these guys are pitched as a “lightweight class of Imperial Knight” that pack a punch. They have reaper chain-cleavers and thermal spears and are perfect for hunting down pretty much any threat!

It also appears that they will be Lords of War with GW hinting that taking “the duo” along with an Imperial Knight is a great way to snag that Super-heavy Detachment and netting 3 more command points…I’m not sure how to feel about that one however. I might be time I figure out how to get a Knight or 3 in my lists now. 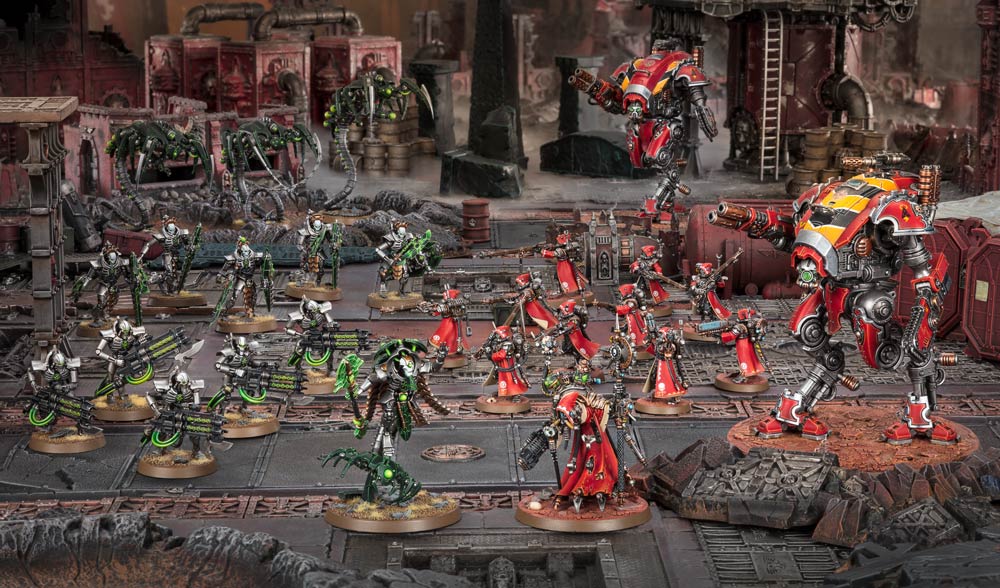 And for those of you who might be on the fence due to pricing concerns, GW has also said that “the set will cost you less than getting everything inside separately, and that’s BEFORE you count the new Cryptek and Imperial Knight units.” So that’s a win for your wallet right there!

So – Whos thinking about getting a box of Forgebane besides me? Ad Mech…you might have just gotten another convert.

Forgebane is coming soon – we’ll be keep a look out for this one! Let us know what you think in the comments below!

Author: Adam Harrison
Writer, Editor, Texas Native, and Austinite for 15+ years, Adam covers all things Tabletop Gaming. Which includes Warhammer 40,000, Age of Sigmar, D&D, Board Games and everything else that involves dice, boards, cards and a table. A hobbyist, player, and collector of miniatures and games, Adam's current obsession are his Death Armies for Age of Sigmar, his Blood Angels and Tyranids for 40k, and his ever growing Arkham Horror: The Card Game Collection.
Advertisement
Adeptus Mechanicus Games Workshop Miniatures Necrons Tabletop News Warhammer 40k
Advertisement