40K: Have We Just Seen A New Ork Miniature

There’s a preview of the new White Dwarf making the rounds–but what could be hidden within its pages?

Hey folks, got a quick one for you today. First there’s this picture showcased from Warhammer Community after their Adepticon Preview Seminar. There’s a whole bunch of stuff going on in the picture–a nice diorama of the last stand at Glazer’s Creek II.

Man it sure looks like the Waaagh is coming for those guys–but then look in the upper right over there by those Windmills.

Some kinda big Ork unit. It looks big–I’d guess around Warglaive sized, or maybe slightly bigger. But that’s just based on how it looks near those cargo containers. And that’s easy to mess with because perspective is all an illusion. At any rate, we wanted to put the question to you: what the heck is this thing? It could be figuratively anything. It might be just a conversion they did up for the Diorama–but we know that the Ork Codex is on the way, and GW does love to stealthily tease big stuff a long ways off.

It could be some kind of new Deff Dread (Warglaives are comparable in size to Redemptor Dreads). It could be a new Big Mek–Big Meks have been getting bigger. Maybe this is Ghazghkull–he has been steadily growing larger across the editions. 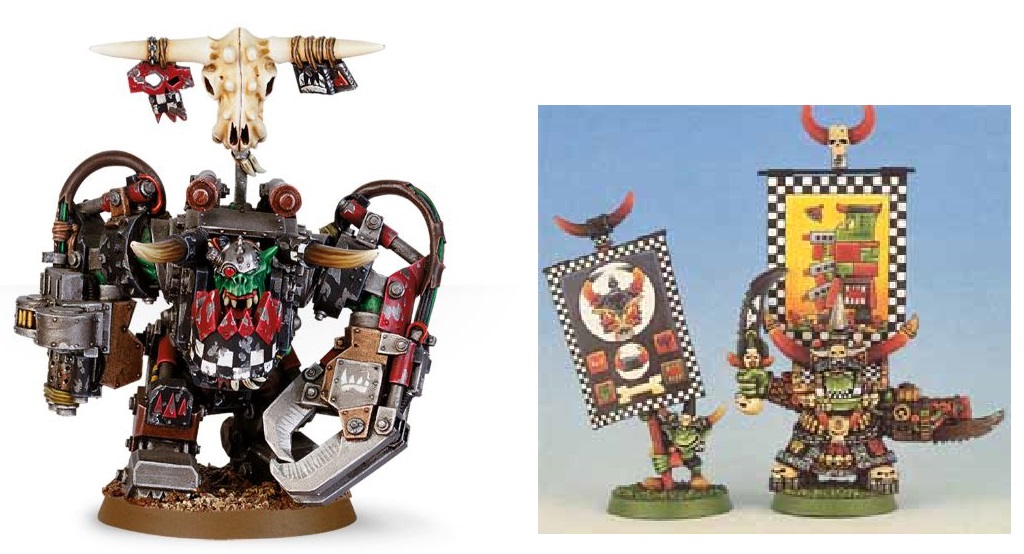 But if you squint your eyes and look real close:

That looks like an Ork arm holding a shoota–which makes me think this might be some kind of Dreadknight Exo-Squad suit kind of deal. Some kinda Orksoskeleton. 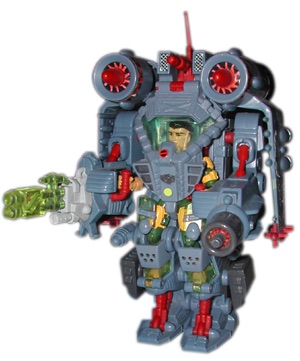 At any rate, this can all only mean one thing.

Adepticon: What Will GW Reveal Tonight