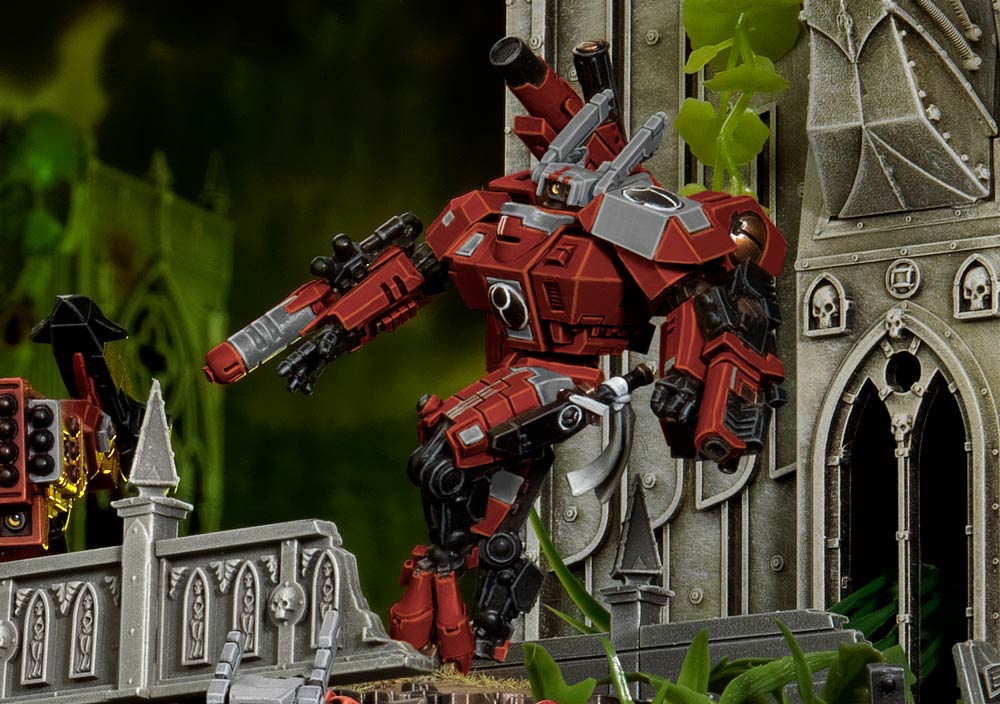 The Tide has brought in a ton of new T’au news and we’re going to be taking a dive into the weapons of the T’au Empire!

After the wellspring of pictures that showed up online thanks to the 40KTau Reddit we’ve gotten a really good look at the weapons the T’au are bringing to war. So we figured we’d take a momement and compare them to their old counter parts from the index and see what all has changed! 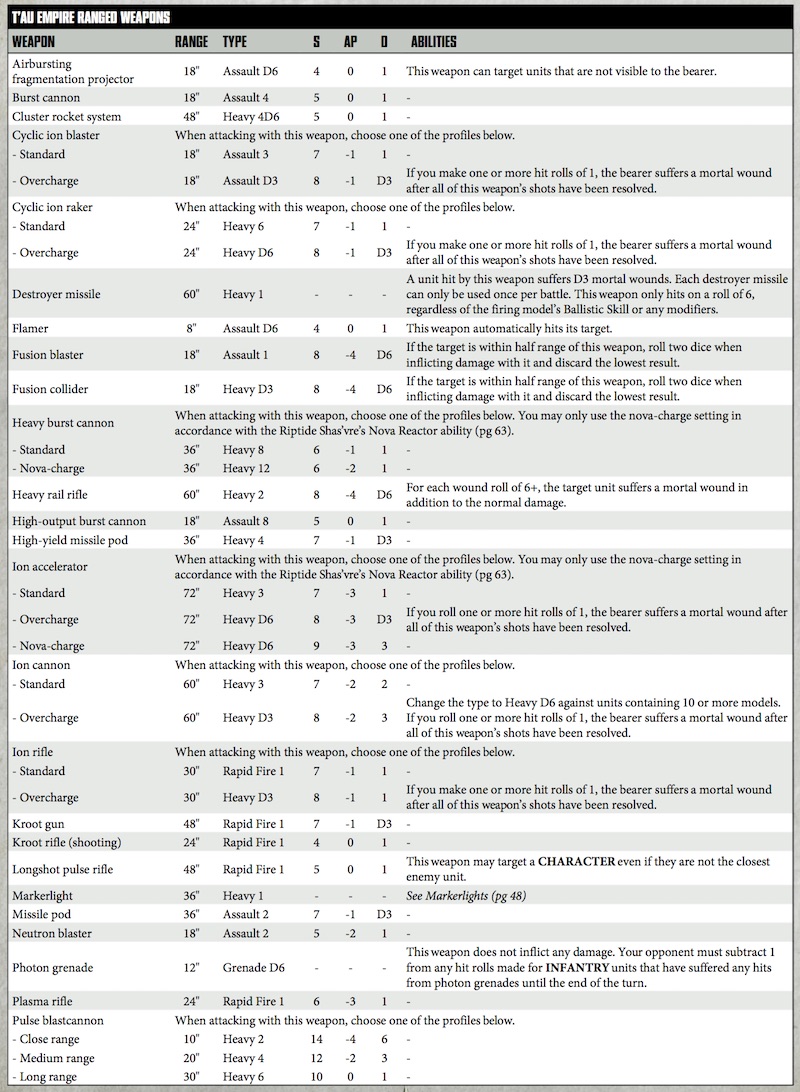 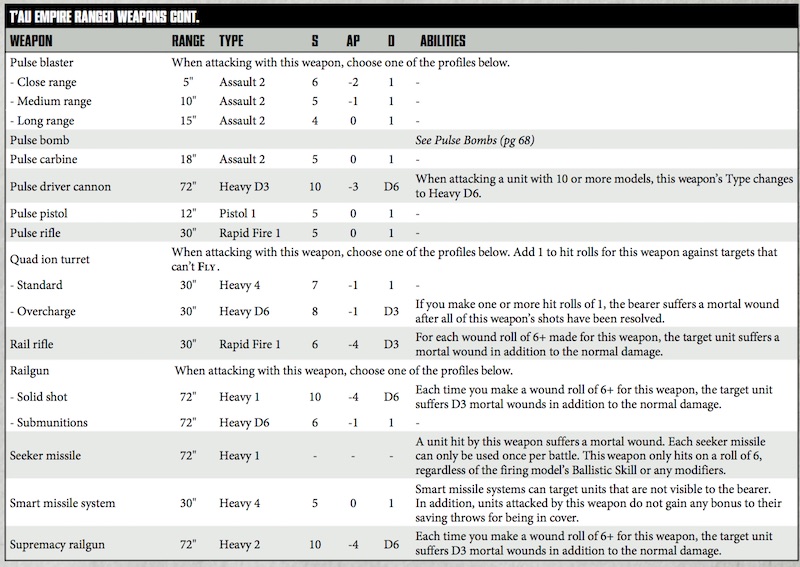 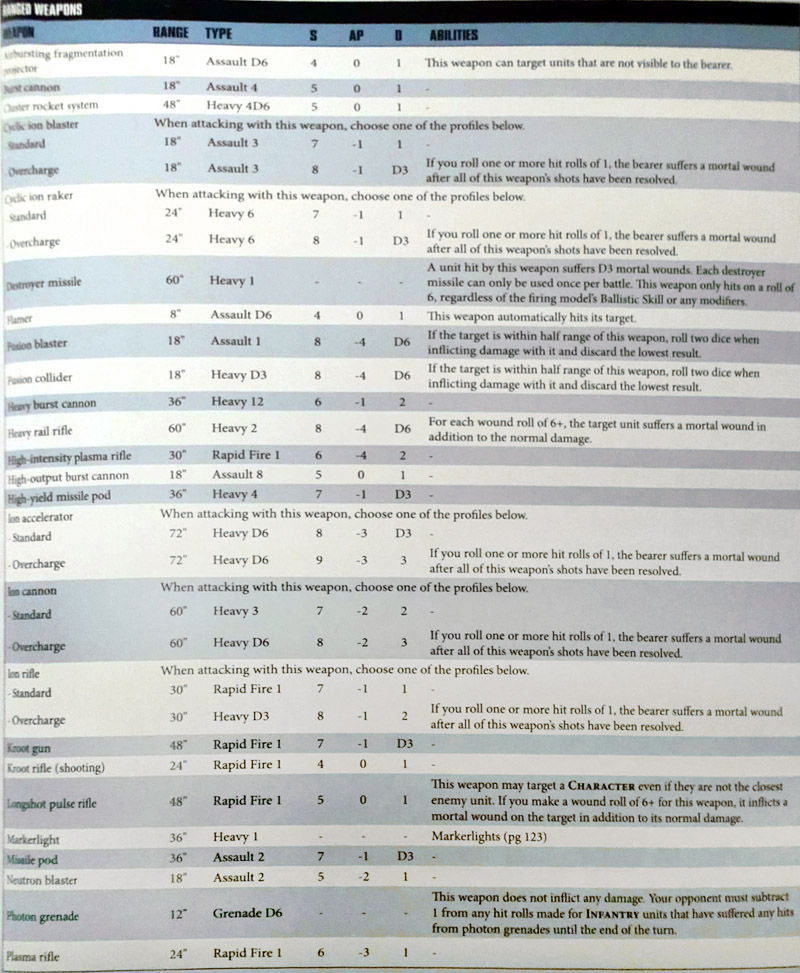 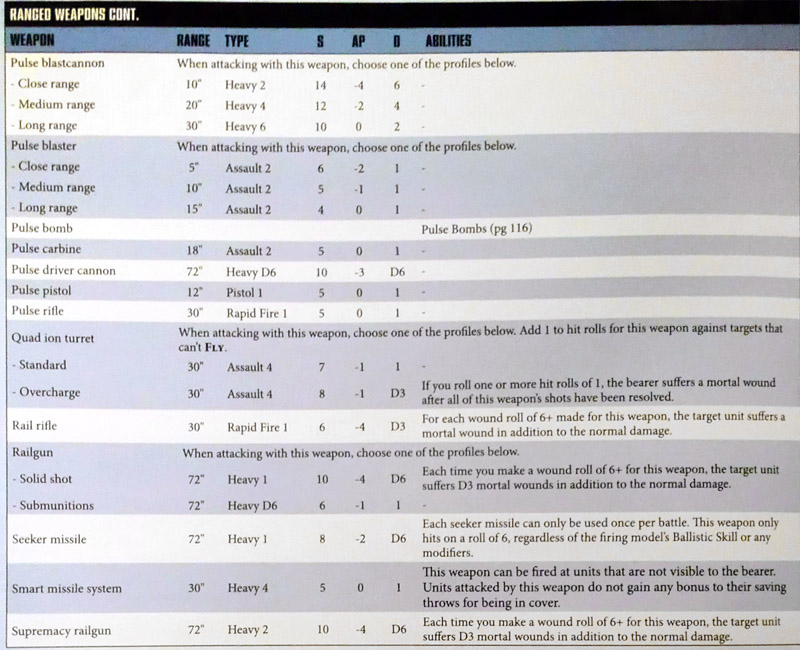 For the most part, there weren’t a TON of changes. We saw the Heavy burst cannon change from on the GW Previews already. Plus we knew about the Ion changes from GW, too. The Longshot pulse rifle got a nice boost – in addition to being able to target characters, it now does a mortal wound when you roll a 6+ on a to-wound roll in addition to any other damage. Here’s a quick list of all the changes:

Heavy Burst Cannon – Heavy 12, 2 Damage all the time (No option for 8 shot version)

Ion Cannon – When overcharged, Heavy D6 all the time

The only real change was to the Dawn Blade which was previewed by GW already:

So what do you think of the T’au’s Updated Armory? Let us know in the comments below!