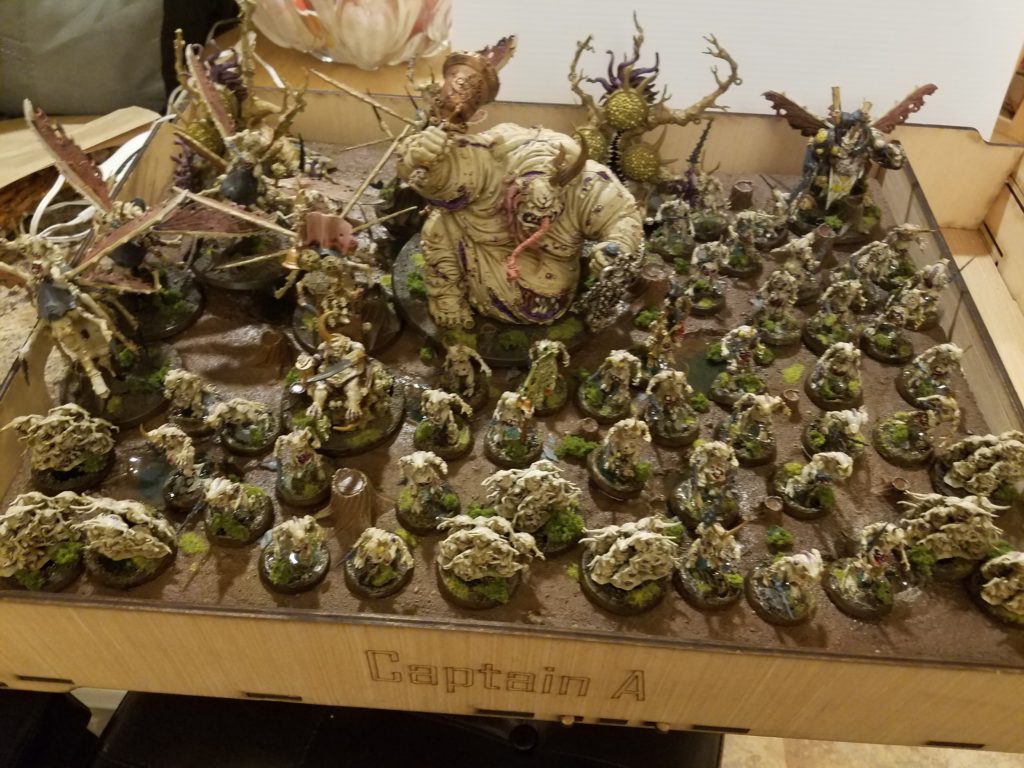 No matter your skill level, you CAN get your army painted with some super simple techniques. Here’s how.

As anyone who has finished an army knows, the feeling is quite exhilarating. Having that force in front of you, ready to go, table top painted or more, is a source of pride for most of us. I am certainly included in this. I love having a painted army to play with and playing against a painted army really adds to the flavor for me.

Do You Even Want Painted Models?

I did a recent poll in my local group about paint at tournaments and was surprised by how many people don’t care or don’t necessarily want painted models. A lot of people don’t care! I was shocked as I’ve always had the thought that this hobby is a trinity of generalship, paint, and sportsmanship. The classic overall winning conditions.

What I did find funny, was how many people said they didn’t have time to paint, while also listing all the other things they do. Movies, friends, sports, etc. Everyone has time to do whatever they want, they just need to prioritize and make the effort to fit it in. That’s one reason I love tournaments, as they force me to paint and get ready. I have two GT’s in March I’m hitting up and needed my army ready to go. I really want to compete in daemons this year so that was one key factor. I was also intrigued by Nurgle so decided to go that route to bolster my daemon forces.

With that in mind I wanted a paint scheme and did not want to go green. I know that is the main color of Nurgle but I was not having it! I was leaning towards a whiteish scheme when I found this great tutorial from WarVisionGaming40k. I changed it a bit as he got one Plaguebearer done in an hour and I needed to do a ton more!

The name Bacchus Born comes from the fact that with the purple shading, it made their mouths look like they had been drinking a ton of wine. Bacchus is the god of wine and pleasure and is a jolly sort of fellow and have you seen a Greek frat party at the end? There is a lot of Nurgle in that place. So Bacchus Born it is!

The Start of My Army

I had 20 assembled Plaugebearers from a trade that were painted green. I also had a Nurgle getting started set already that I had purchased a long time ago for some potential summoning units. I traded some old cases for a GUO and raided a second hand store for a Daemon Prince, then picked up one more getting started set and some Nurglings to get going. After this was assembled in a weekend I went to painting.

I believe in batch painting and finding tricks to getting things done quick. I primed them with Zandri Dust then over-sprayed them in a zenithal stytle with Corath White. I washed everything with my airbrush with Seraphim Sepia (cut with future finish floor wax), then drybrushed them with Screaming Skull. After that I went through and hit the pustule and mouth areas with Druchi Violet. At that point they were ready to go at 3 colors. This was stage 1. 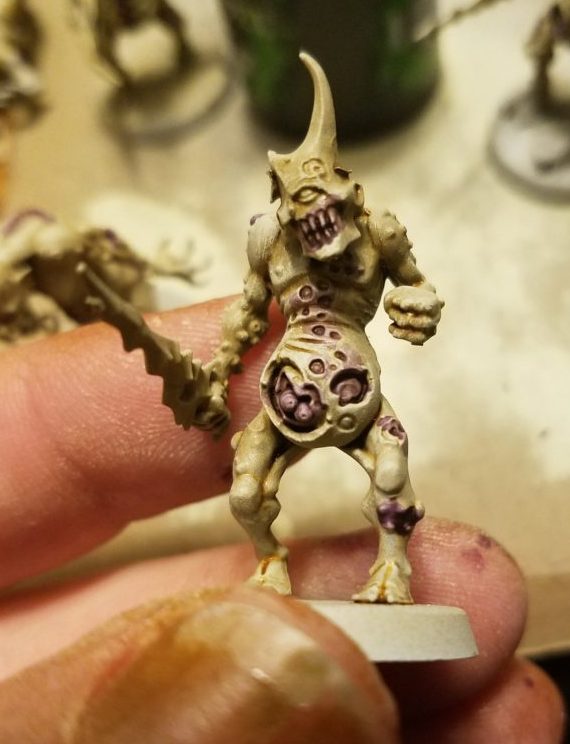 At stage two I made a dark grey color mixing black and grey and went after the weapons and carapaces of the creatures. Drybrushed grey and they were looking good. I also did all the eyes with Averland Sunset. The horns were painted simply with XV-88. This was stage 2. 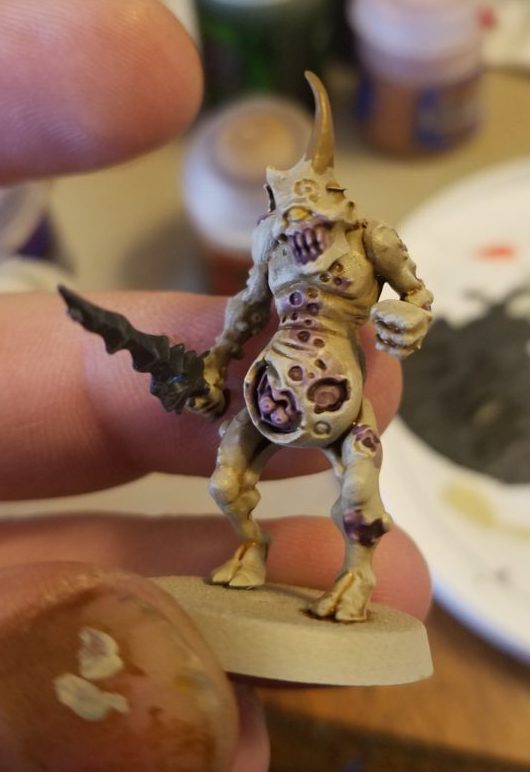 Next I went deeper and washed the eyes with Guilliman Blue and some Lahmian Medium. After that I washed any exposed guts with Charbourg Crimson and put some Blood for the Blood God in spots and places. Some of the high spots were also gone over again with watered down Screaming Skull such as teeth and boils. This was stage 3. I could do more and will probably add a bit here and there, but overall I’m happy. 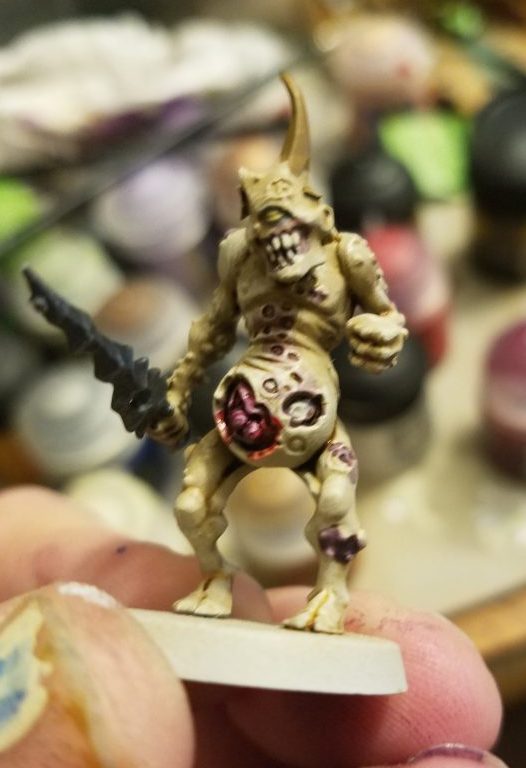 All told I got this batch done in 2 weeks. The characters followed a similar process but had some extra stuff with copper for the bells and whatnot. By the end I was a bit tired of painting, but I was glad it was done cause it’s ready to rock! 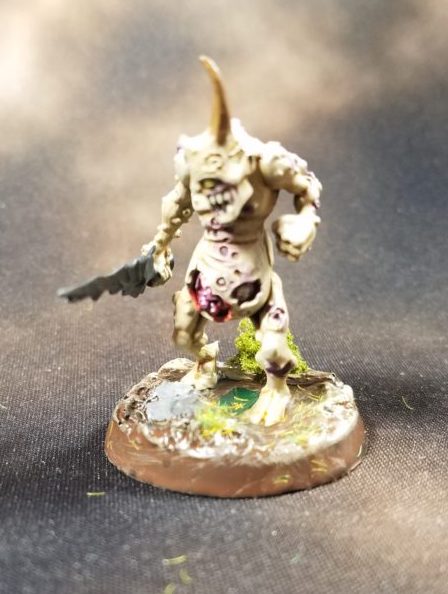 What You Could Learn 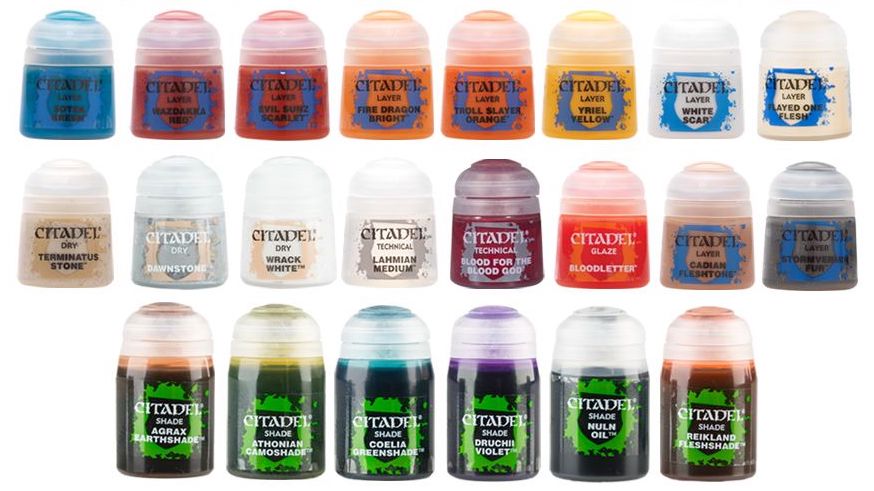 You might not like painting, but your opponent will most likely appreciate the effort you put into your army. Painted models really bring this game alive and make the game more engaging for most of us. 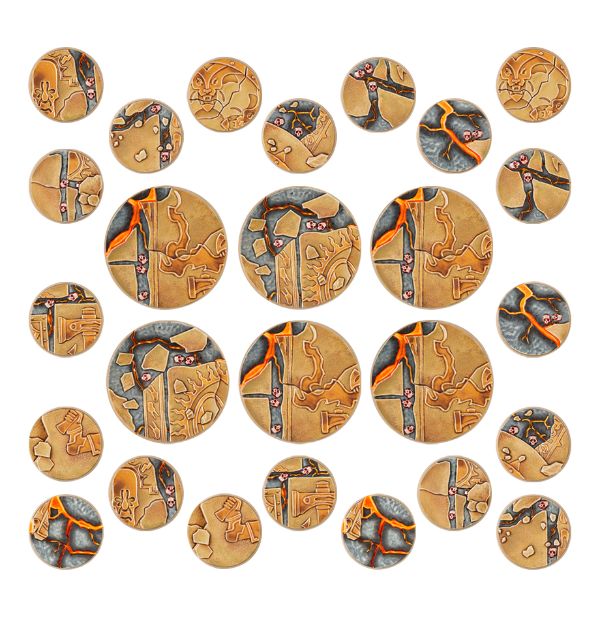 For basing I do them separately and do all the bases together.

I do pretty much all my basing this way. You can get all your bases done almost in a day and don’t have to worry much about ruining your paint job by painting mud on your freshly painted boots. 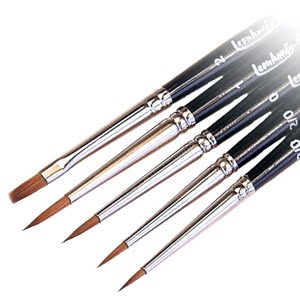 I realize many don’t like painting, but it doesn’t have to be all bad. With some simple tricks you can have a really nice looking army in very little time. I realize many have “high standards” but in all seriousness ask yourself this. In applying your high standards, have you ever gotten an army finished? If so, and it is all at that high standard, keep plugging away! I have a feeling though that many with high standards have not finished an army to play with. Lower your standards! Seriously. You may find you actually enjoy painting and have a finished arm to play with. At least until the next codex comes out and the meta shifts!

Author: Pablo Martinez
Warhammer 40k analyst, tournament reporter and Ultramarines enthusiast, I'm the man behind the 40K podcast: Signals From the Frontline. I seek to gather more knowledge about the Warhammer 40k and share it to unite both hobbyists and gamers. I began writing for BoLS in 2016.
Advertisement
Hobby Painting Warhammer 40k
Advertisement

Tabletop Gallery: It's Good to Have Squires 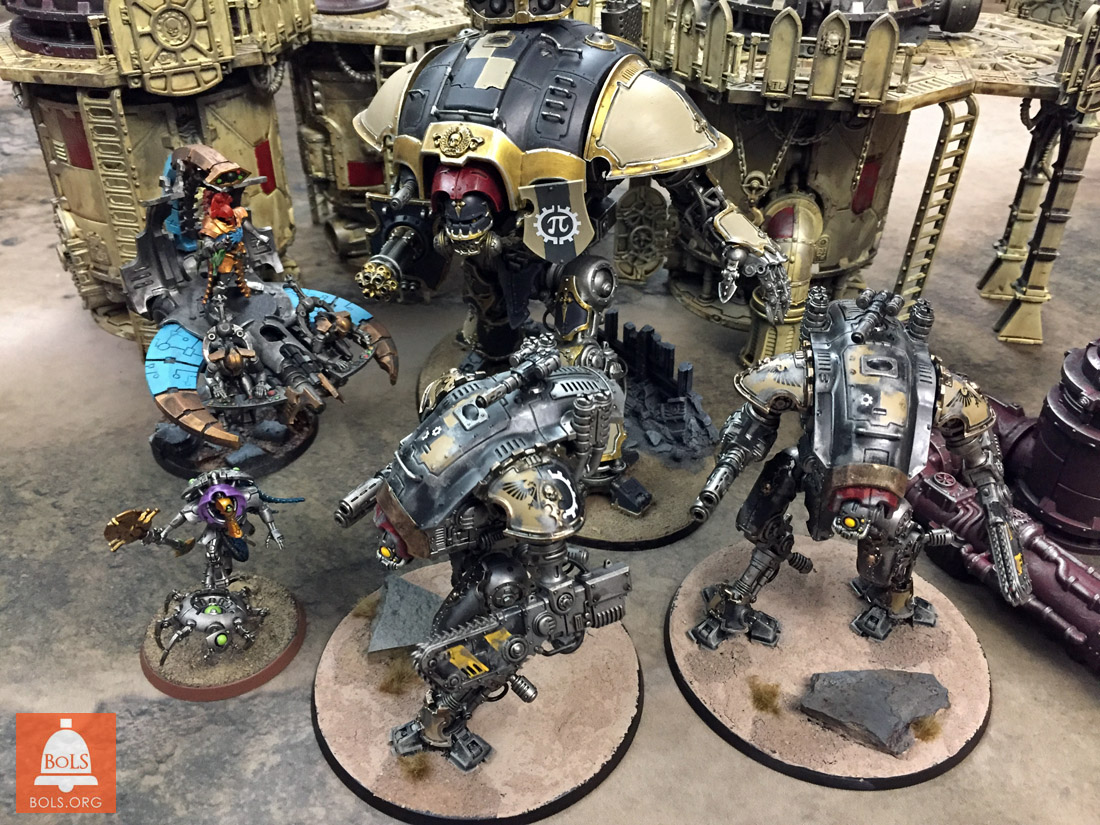