The Dread Solstice Global Campaign continues as the community casts more votes as to what to do next. Last week, Eye finally managed to score a victory in the campaign, although the results might not have been exactly what folks were expecting: 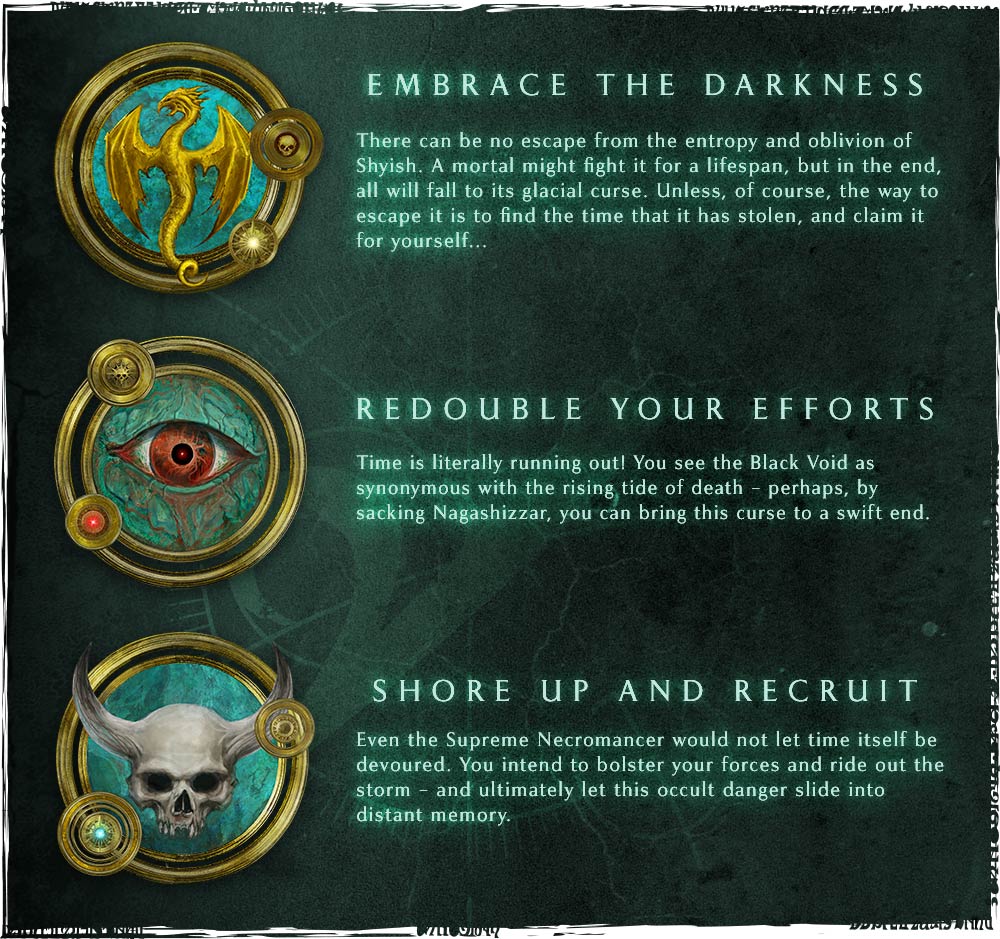 By choosing to invade and Nagashizzar, home of Nagash, you have marched right into a trap. Oops. Looks like the Lord of Death has plans for you yet: 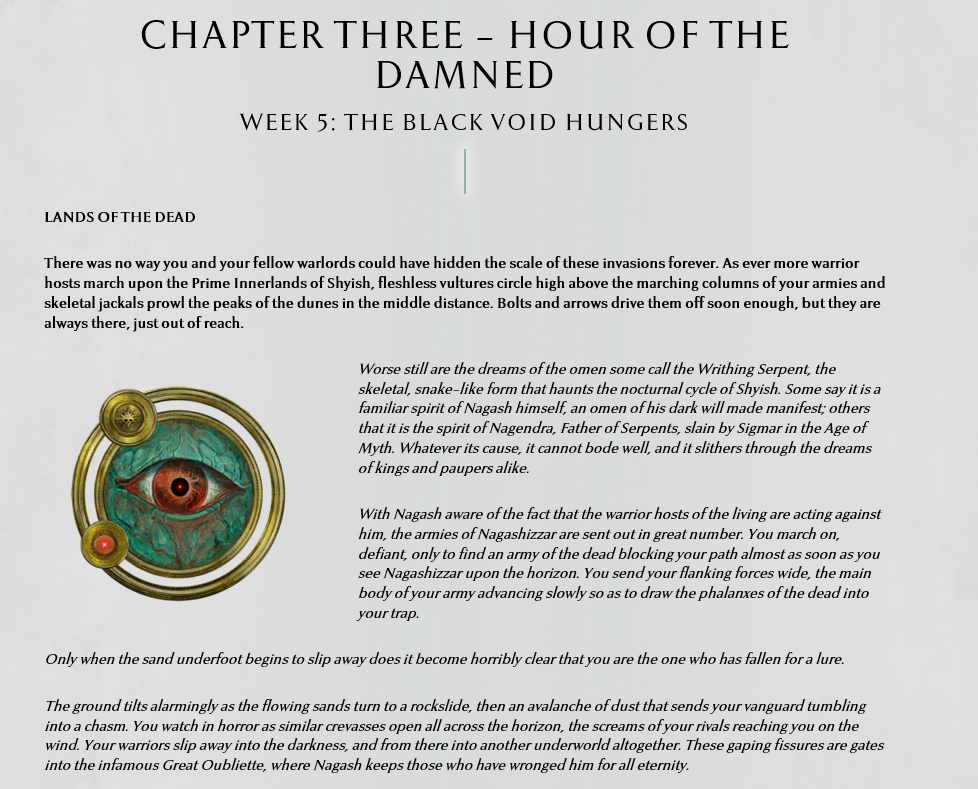 Is it the spirit of Nagendra, Father of Serpents, who is slithering around…or is it Nagash himself? Oh and how do you plan to get out of this pit you find yourself in? It’s not boding well… 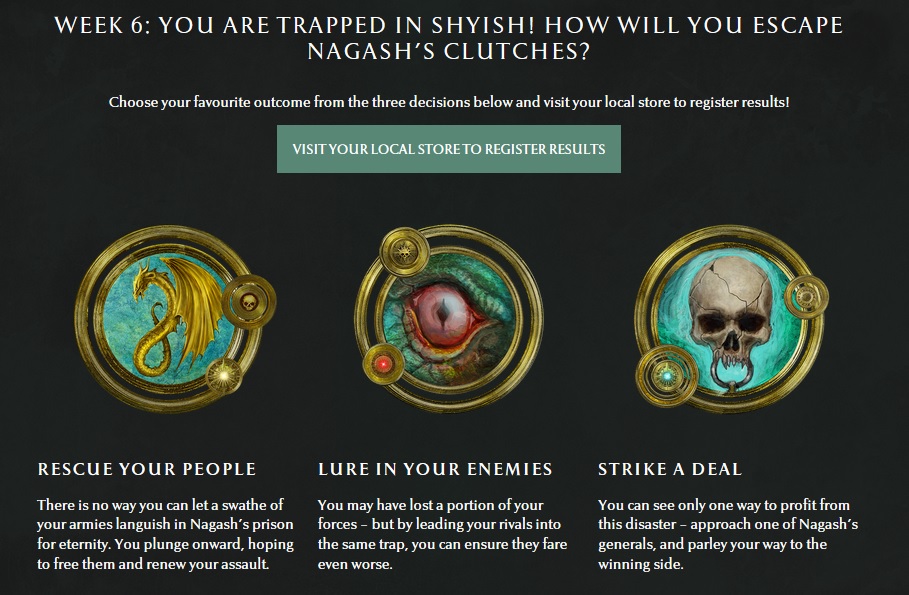 Again, the deck is stacked against you. The Black Void still hungers and you’re forces are scattered and stuck deep within Nagash’s clutches. Will you attempt to rescue your people? Will you fight with your enemies? Or will you attempt to strike a deal with death itself? Seems to me like the options go from bad to worse.

On the plus side, we’ve got a new batch of rules to play with this week – remember these effects are cumulative! 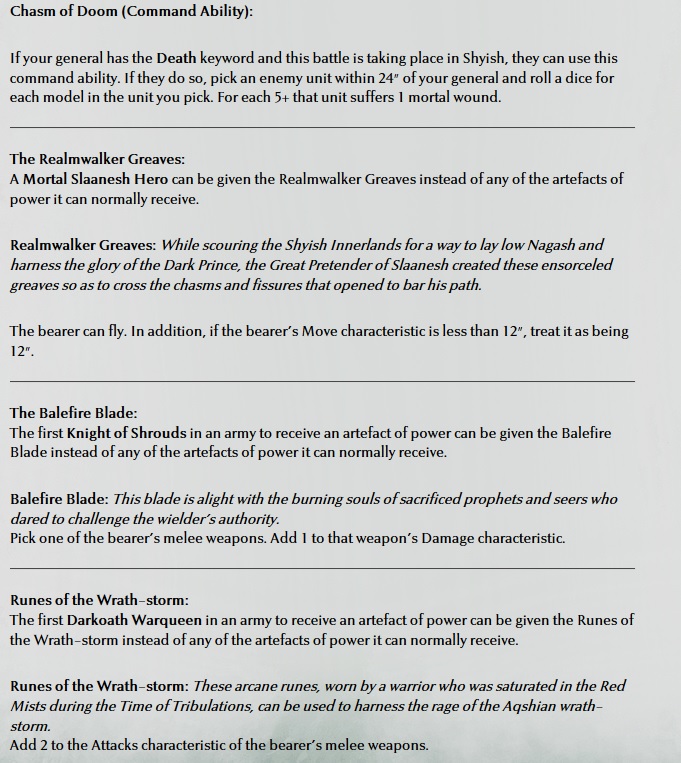 So what’s it going to be? Will the Living fight on or will you surrender yourself to Death’s hands. It looks like many of the players have opted to throw their lot in with Nagash to kick things off:

It’s still very early in the week however. As more players hop in to cast their vote it can swing one way or another! I can’t wait to see how this one pans out, especially because it appears no matter what, something is going to happen in with the magic in the realms:

The Malign Portents and the Dread Solstice are certainly shaking things up in the Mortal Realms. What do you think is going to happen!?