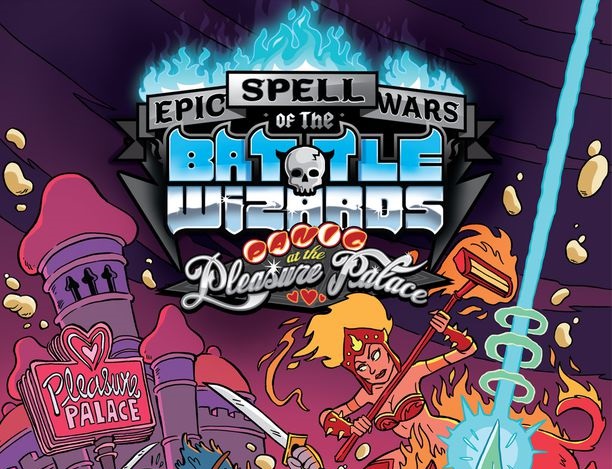 You’ve had epic spell wars at Mt. Skullzfyre, Castle Tentakill and Murdershroom Marsh. Now travel to Pleasure Palace… and try to not get too distracted.

Epic Spell Wars of the Battle Wizards is a series of competitive card games set in a fever dream world of magic and mayhem. Players are attempting to kill each other through the course of the game by casting spells. To cast a spell, players choose multiple cards from their hand and combine them together into one spell. Each of the cards added to the spell affect how the spell will function. Last one standing wins the Epic Spell War.

The fourth expansion in the series: Panic at the Pleasure Palace has only recently been revealed so there is no much to say about it yet. However, I’m a big enough fan of the series that I wanted to get it out there anyway. So, here’s what we do know from the publisher, Cryptozoic.

The game introduces Magically Transmitted Disease tokens, which grant Glyphs to make sure that “your Spells are going to be as juiced up as your nether regions.”

Beyond that, the product page mentions the Standee will do something again, although doesn’t say what exactly. Also they make mention of Quick Match Mode for ‘fast, intense games’. I already thought EPW was a pretty fast game, but I guess not fast enough.

Most importantly, Cryptozoic assures that the game will contain ‘swears’. 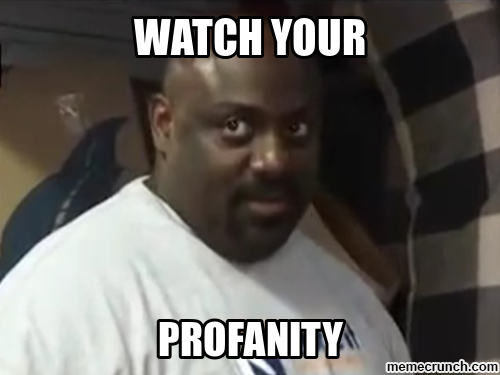 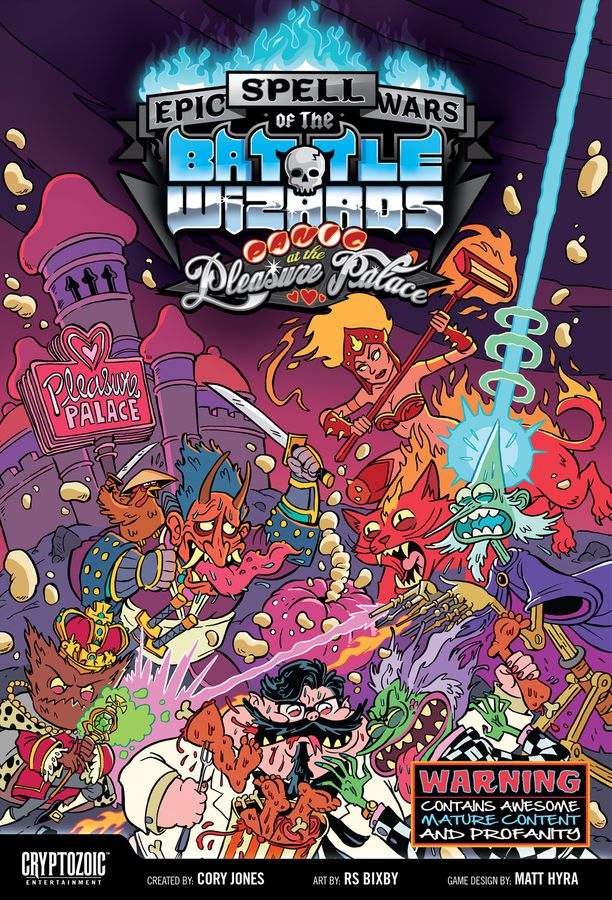 Crotch Krakens, Genital Harpies, and our longtime friend … Gorgonorrhea. Fireballs aren’t the only thing that will cause a burning sensation. MTDs also give you Glyphs, so your Spells are going to be as juiced up as your nether regions.

For our more discerning customers, you might want to gain control of the Standee, because when you have it, it protects you from all MTDs that might come slinging your way. That’s right! The Standee once again does something, instead of doing nothing.