Goatboy here to look at some new Age of Sigmar rules and how we might see them in 40k’s future.

Goatboy here again for another jump into the 40k pool of thoughts, opinions, and fever dreams.  Today I want to look at some of the things that just showed up in Age of Sigmar and how we might see some of them in some upcoming 40k releases.  These are rules that feel like they can transcend the bubble world of AOS and into the Grimdark future of 40k.  The new “Daughters of Khaine” represent some interesting things in 40k.  You could look at it as a straight introduction to what the Dark Eldar might be – but I think that is a little to on the nose.  I would rather look at some of their rules and how we could see them enter the arena of bolters and chainswords.

The first one is the new rule for Morathi called the Iron Heart of Khaine.  If you don’t pay attention to AOS the rule is that this model can only take 3 wounds during any turn (they label a turn as a player turn with both player turns as a Battle round).  This is pretty dang interesting and something I can easily see make its way over to 40k.  Could you imagine if some of the Primarchs had this rule?  Currently the Primarchs – while good – just don’t seem to get their points worth.  With the upcoming Tau book heading to our greedy hands soon there is no way one of these story defining bad guys should survive a full turn of “attention” from bullets, lasers, and missile pods.  But what if they had this rule?  Something like – the Will of Chaos – that would allow them to survive these alpha strikes, continue to be useful, and maybe get to turn 3 or 4 baring insane saving throws.  It would probably make them too powerful but that is the Chaos inside me that desires to win, crush, and have a good time playing the bad guys (even though the new Custode bikers has me exited to play some good guys – with Assassins).

As we already have rules for 2 Primarchs – I don’t expect any of the future ones to get this type of rule.  It doesn’t fit the overall archetype they have created with the Chaos Daemon Primarch set up.  Instead I can really see this rule come to fruition in the future Necron release.  Some kind of super savior protocols that activate and ensure you don’t remove the big bad Overlord from the battlefield in a blaze of murder.  Maybe its a special relic you could get or at least just for one of the special characters.  Beyond the Necron thought I do wonder if maybe Orks have something similar as well.  Maybe the rule – to Dumb to Die – where you can only take so many wounds and his “over stimulated” body will ignore anything else.  Could you imagine Ghazghul with Prophet of the Waagh rule that lets him make sure you gets to the end of the Battle?  I just feel a lot of the time your potential of your army can be so character dependent with either Auras, damage potential, or just amazing abilities need to allow your guys to win the battle for you.

The other thing from this book is on the same model as well.  Morathi can change and upgrade – updating her rules, abilities, and play style.  I know one Necron model that could have this – with Orikan the Diviner.  I know we only saw one new “model” for Necrons with the updated dancing Cryptek but man wouldn’t it be neat to see a really updated super C’Tan shard – or maybe see that one from the big Apocalypse set get released as a single model?  I see this as an interesting option for other releases as well.  Different changes to the model, a way to sell a really interesting center piece kit, and add some drama to your game as you have to plan out your turns.  How awesome would it be to see your regular HQ, hidden behind bubble wrap, waiting till the time is right to upgrade and go kick some butt?

I could see this as a really interesting option for Leman Russ if they ever wanted to pull the trigger on another “good guy” Primarch.  I know Forgeworld had a similar character with the ever “regular” Bran.  It is one of those things to see maybe a rolling boulder of doom as it builds, gets madder, and becomes this crazy beast of a model.  Of course the balance act would be making it good enough but not too good.  I just think there was a lot potential with “growing/damaged” models and finding ways to flip the script on these abilities would bring something interesting to the table top.  Just like how Shadespire has inspire abilities – options like this for your big, expensive, and cool models would be pretty dang rad. 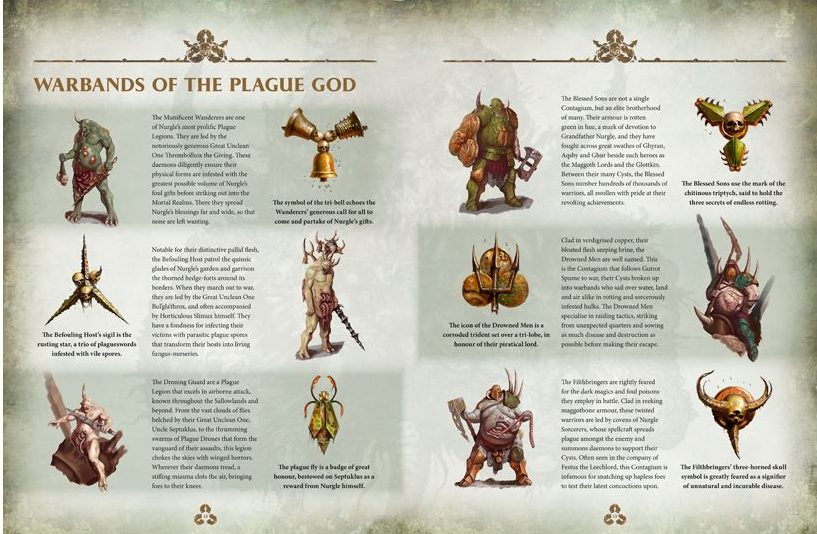 Finally I really like the idea of changing the game state during a game.  Either through a growing crescendo of special abilities, a wheel of rot you push and pull, or a stack of effects based on your damage output these changing game state rules is something that could really add some interest to the game.  I like the idea of trying to plan for turn 3 or 4 instead of just hoping you get past turn 2.  I was hoping we would see some more in 40k but it looks like that type of rule will probably stay in AOS with Stratagems combinations being the key to a 40k victory.  I was really hoping for a Thousand Sons rule that allowed you to get bonus’s as you successfully harnessed the Warp, built up the split in reality, and maybe utilized your Sorcerous might to bring about your opponents demise.

Hopefully next Monday article will have some of my Tau thoughts as they show up for preorder next week.  While I do not like playing against the Tau – I do find their models very satisfying to paint.  They are not nearly as annoying as those pointy head space Elves that are waiting on some rumored “FAQ” to bring back down from the winners podium.  I just hope Tau are not just a curtain of bullets and actually push the whole – fire and fade mentality we see in all the pictures/paintings/nightmares.  The chatter has the big suits getting fixes, some crazy stratagems, and maybe a “commander” fix.  It is interesting to think will see some different Sects with some recycled rules, updated thoughts, and most likely 2 really good ones.

~What Age of Sigmar rule mechanics do you think will come over to the Grimdark?

Author: Thomas / Goatboy
Thomas Reidy, aka Goatboy, the ever-evil member of BoLS. I do arts, play 40k, and even paint a lot of stuff. I have been playing Warhammer 40K since the 1990s, and have won multiple national events including Adepticon and GW GTs. I've been writing for BoLS for 15 years. Look at my Instagram to see what I am working on - or working on for someone. I am always doing something hobby related.
Advertisement
Age of Sigmar Rules Warhammer 40k
Advertisement 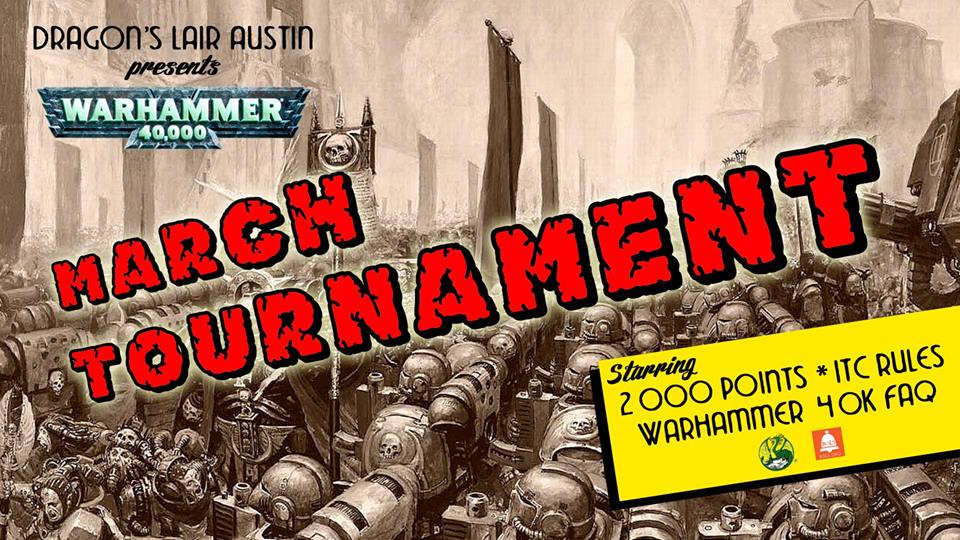