Atari’s Missile Command is a competitive, hidden attack game with trading, diplomacy and backstabbing elements set in the theme of the Atari game, Missile Command.

Players starts the game with a city board, showing all of their cities; a planning board, which notes which cities that player will attack; and a radar screen to hide the information on the planning board from the other players. Players will also have a supply of missile of their color. 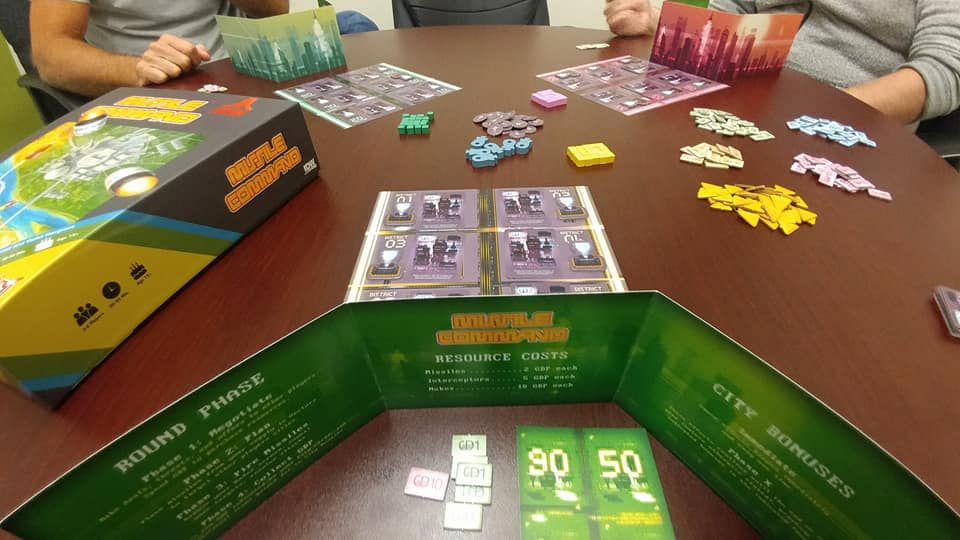 Each turn begins with a Negotiation phase where players can trade with each other as well as strike up alliances, if they choose. Once that’s completed players begin planning their attacks.Players will begin planning their attacks on each other as well as planning on how to defend from incoming attacks. By using Interceptors, players can shoot down incoming missiles, protecting their own cities. Interceptors only function once, so players will have to be careful in when and how to use them. If a missile strikes its target, that city is destroyed and the city tile is flipped over. 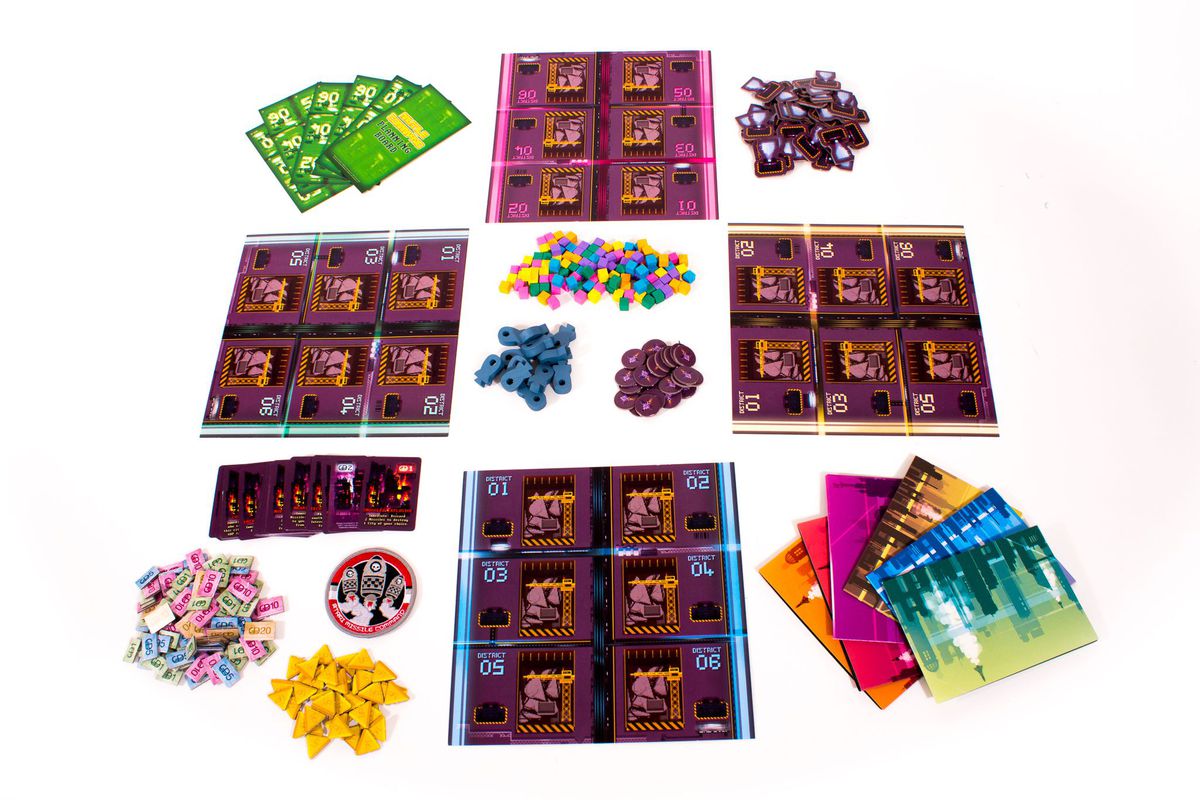 Players can purchase nukes in addition to missiles. Nukes which successfully hit their target not only destroy their target city, but one addition city of the attcker’s choice. Cities provide various bonuses such as extra missiles, additional funds or cards, or so on.  So choosing which cities of your opponent’s to attack and which of yours to defend can become very important.At the end of the round, players gain funds based on the number of cities they have standing, which goes towards purchasing additional missiles, nukes and interceptors.

Once any player has been completely wiped out, the game is over and whichever player was the most destructive wins! 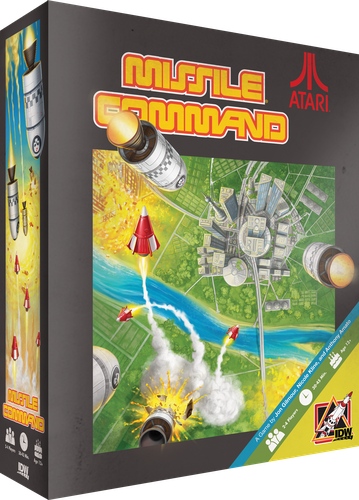 As global tensions mount, leaders of powerful nations sit ready to defend their people or destroy their enemies. Alliances are formed, yet fragile. Deals made, but not always upheld. Diplomacy is just as important as strategic planning and procuring armaments. The missiles are at your command and the choice if yours: fire on your enemies or betray your allies in Atari’s Missile Command.

Atari’s Missile Command is a social game of diplomacy and destruction for 3 to 6 players. Build your stockpile of missiles, make deals with your opponents, and vie for the top spot on the world’s stage in this fast and strategic take on Atari’s classic video game.

This game looks great and all, but how can I use my trackball controller?

Author: Matt Sall
Matt has loved games of all kinds his whole life: board, video, war, roleplaying. He's worked as a writer for BoLS since 2017. He's worked as freelance editor for board game rulebooks and has designed many of his own games as well.
Advertisement
Board Games IDW Tabletop News
Advertisement