Come take a look at what’s next for Pathfinder Society.

The Year of Factions’ Favor continues apace with two more adventures, both set to advance the storylines of an the various secret societies and showcases some of the upcoming narrative challenges players can look forward to in the coming months. Check them out! 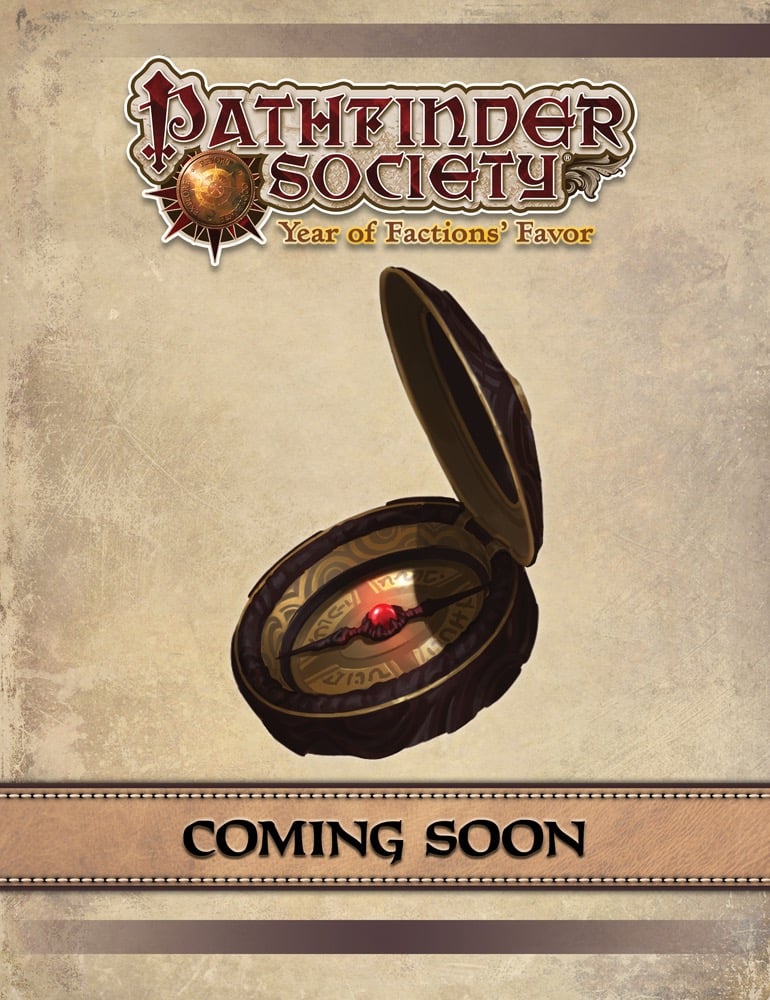 The Goblinblood Wars that ravaged Isger more than a decade ago didn’t just set fire to villages; it destroyed families. Among these was the wealthy Irrica family, all but one who perished during this tumultuous time. Now that Isger’s government has begun declassifying reports, the Pathfinder Society has learned that the Irricas commanded some supernatural force that convinced even the mighty House Thrune to give them space. With these leads now public knowledge, the Society sends the PCs to piece together the broken family’s history and recover this secret weapon before it falls into the wrong hands.

Fallen Family, Broken Name includes five 1-hour adventures that take the PCs across Isger to uncover the Goblinblood Wars’ forgotten events and a family’s tragic past. The series includes a beginning adventure and a finale, but players can experience the other parts in any order. 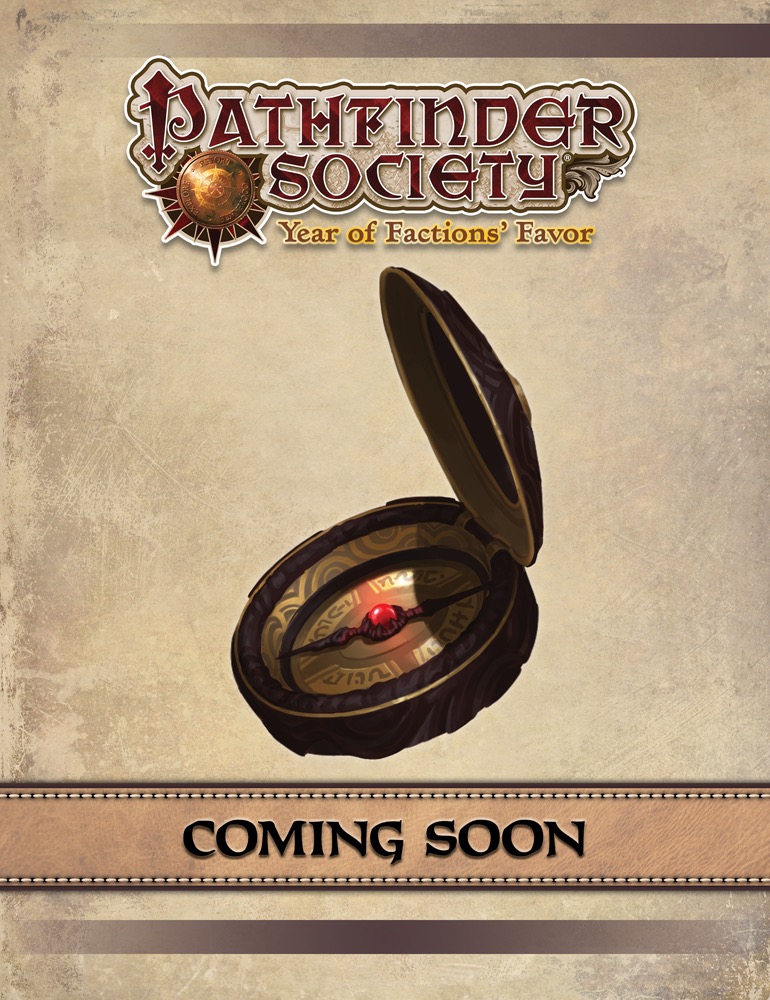 Deep beneath the Blakros Museum lies a copper gate that no key could open—at least, not from the outside. To the horror of museum curator Nigel Aldain, the gate has begun to writhe and buckle. Whatever lurks beyond it will not remain contained for much longer. Aldain sent an urgent request for aid to Zarta Dralneen, leader of the Dark Archive faction. Dralneen quickly realized that protection would require a divided approach, with some remaining behind to guard Absalom from what pours out and others charging in to deal with the source. With the support of Aldain, Dralneen, and Venture-Captain Ambrus Valsin on guard behind them, the PCs rush beyond the twisted portal. Within, they uncover the true reason why the ancient mage Ralzeros made the place beyond the gate so hard to reach.

Contents in Oath of the Overwatched also contribute directly to the ongoing storyline of the Dark Archive faction.