Wyrd: The Party Gremlins Have Arrived 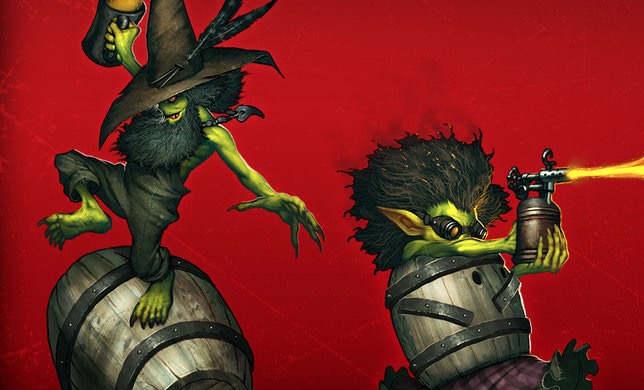 The Backdraft Encounter box has more fun and fire to offer!

We’ve met the weaponized booze storage known as Whiskey Gamin, now meet the brewers of said booze. Have I mentioned how great Gremlins are?

Popcorn Turner and his assistant, Cooper Jones, are prominent brewers in the southern Bayou. Popcorn brings the potent Induction ability into the Gremlin faction, increasing the damage that nearby enemies suffer from Poison by +2. Better yet, he protects friendly models from suffering Poison damage, making all of those Tri-Chi models that gain Poison while healing themselves all the more effective at staying on the table. 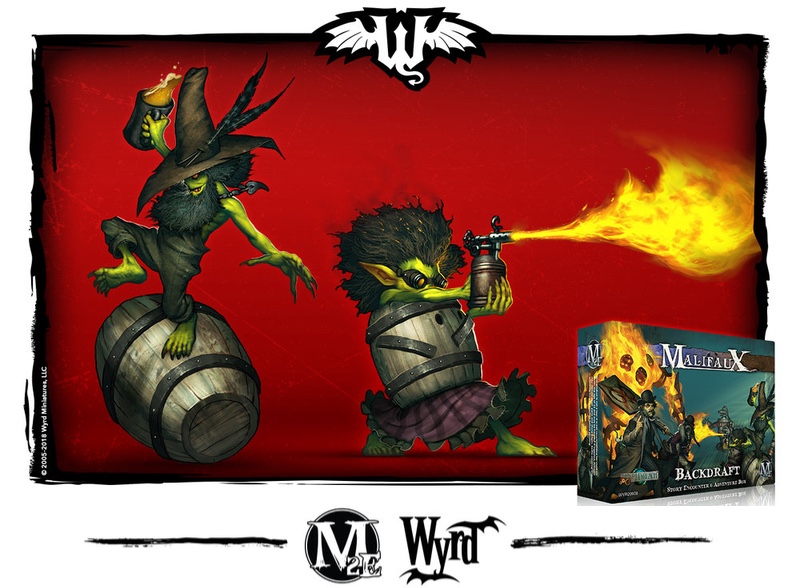 As if Popcorn weren’t borrowing enough from McMourning’s playbook, he can also force models to immediately suffer damage equal to their Poison Condition, up to a maximum of five damage. When combined with the ability to light enemy models on fire and discard scheme markers to self-heal, this makes Popcorn Turner a very potent ally for the Brewmaster.

Cooper Jones, meanwhile, is capable of putting a good deal of Poison onto enemies, which supports her boss quite well. Her obsession with barrels allows her to break down scheme markers to heal nearby Constructs, or she can just hide inside of a barrel to increase her Armor. Better yet, if she gets a few drinks into her, she can turn scheme markers into Whiskey Gamin… without spending a single Action. Plus, just look at that awesome blowtorch!