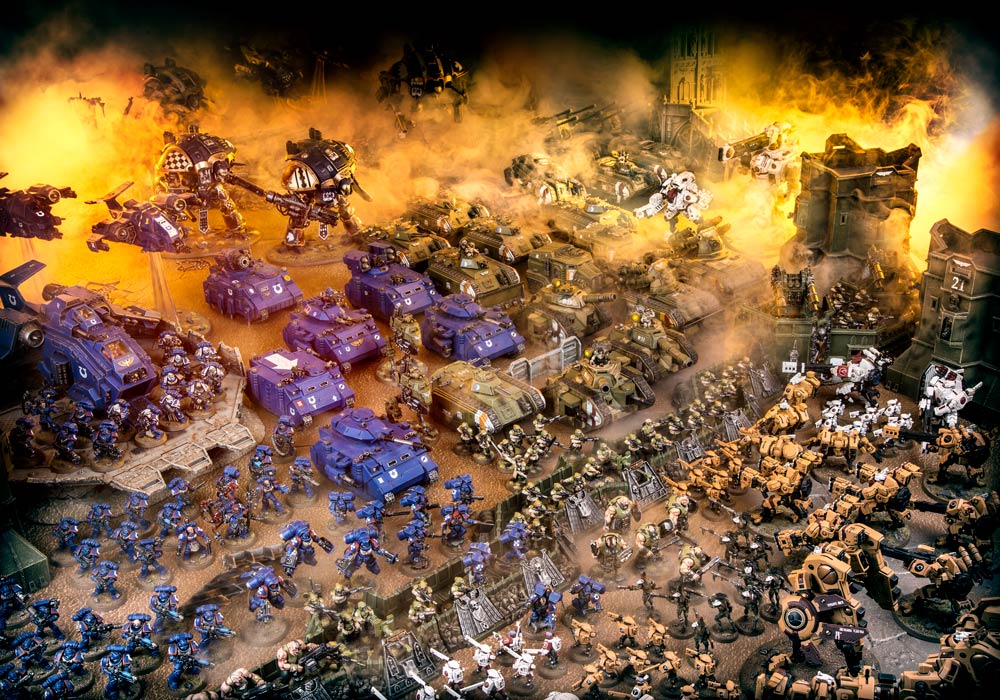 Now that the Big FAQ is out, GW talks with their playtesters to get their thoughts on what these changes could mean for the game. Got rules? Got opinions? Bring them on in.

With the release of the Big March FAQ on April 16th, the game has changed, but the players are the same.

Which, in this case is good, because you want the same people (with presumably expert knowledge, or at least, who’ve seen the game before once or twice) to be playing with the rules you’ve developed so that you can build up a rapport and get honest feedback form people. Contrary to what the internet would have you believe, once you get people in the room, it’s hard to get them to give honest feedback like “YOUR RULES ARE TRASH” in person.

That’s why GW turned the reins over to playtesters and tournament organizers the world over–so we can all get a little insight as to how things might change.

A large number of these changes have come about because of the emails that the community (that’s you!) have sent in to our rules inbox.

We received thousand of emails with feedback on the game from players across the world, but we also have a dedicated playtest team, who trial new rules and offer their own expert perspectives on any proposed changes. Many of these guys are also involved in organising some of the biggest independent Warhammer 40,000 events around the world, and have first-hand experience from watching and playing thousands of games.

As the people who have had a chance to get to grips with these changes the longest, we asked a few of our matched play playtesters to give their thoughts on some of the changes in this Big FAQ.

First up, we hear from a bunch of Tournament Organizers who talk about the changes to the tactical reserves rule and how an increase in command points might help make the game a little faster and more tactical.

From one of the organizers of the London Grand Tournament:

The beta Tactical Reserves rule, requiring any unit that arrives on the battlefield during the first turn to be deployed wholly within the controlling player’s deployment zone, is terrific. This is a massive change for the better (or should I say ‘beta’)! Before, a player could design an army whereby all of their firepower could deploy in turn 1 and wipe your army off the table. This was not fun to play against. What’s more, it meant that their opponent had to spend ages deploying, desperately trying to limit the deployment of those reserve units.

This does mean that you’ll not get hit with a deep-striking alpha strike until turn 2. Your opponent’s valuable units will still be off the table (though having to keep their power levels balanced will make things a little more difficult) and then kill you before you can do anything about it.

From the organizers of Nova Open:

The issue with Command Points was the narrow range of armies that could get “enough to do what they really wanted/needed to”, while others already had more Command Points than they could realistically use. We could have chosen to in some way limit their Command Point access, but all that would do is make all armies struggle to generate enough CP. Instead, we increased the number of points generated by Battalion and Brigade Detachments. This both encourages fielding armies that “look like armies”…

When when combined with the Rule of Three change and the Battle Brothers rule seems to be geared up to bring about that kind of change. Although, I don’t know how much difference that Rule of Three will make to the game. Sure, you’ll maybe not see six or seven Flyrants all the time (which, don’t get me wrong that’s great) but even two Flyrants is plenty powerful. Same goes for units like Dark Reapers–it was just one big unit of them, and a couple of smaller ones just in case.

But it does mean there’ll be more variety on the table–which is something I’m excited to see. As a fan of weird units that never get used, I’m hoping that we start seeing more of that.

What do you think of the changes? Does this cure what ails 8th Edition, or make it worse?

Author: J.R. Zambrano
Bell of Lost Souls Staff Writer and DM, J.R. covers RPGs of all stripes and on occasion eats sandwiches. You can ask him about either at [email protected]
Advertisement
Editorials Games Workshop Tabletop News Warhammer 40k
Advertisement