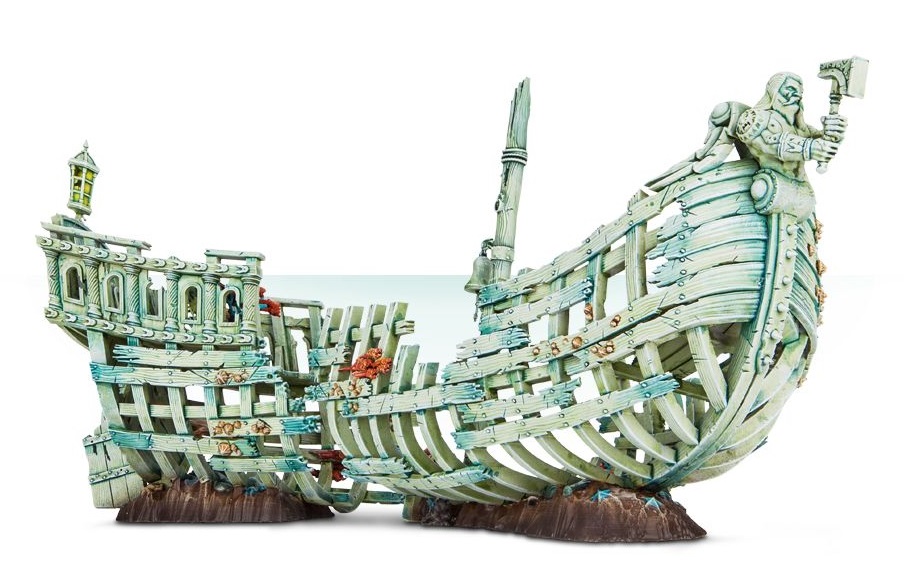 The first wave of Idoneth Deepkin have hit the pre-order shores and we’ve already got the boxes in hand to show off – ride into battle astirde the Akhelian Leviadon, fight with High King Volturnos, and brave the murky dangers of the Gloomtide Shipwreck.

Volturnos, High King of the Deep and the Gloomtide Shipwreck

High King Volturnos is everything you’d expect out of a legendary commander. Fast, tough, and deadly in melee, Volturnos, High King of the Deep is  a powerful model in his own right. Especially with the ability to rend at -5 when he’s making attacks. But he’s also an excellent leader, buffing the leadership of nearby Deepkin units, as well as giving any Akhelian units nearby the ability to reroll 1’s to hit. 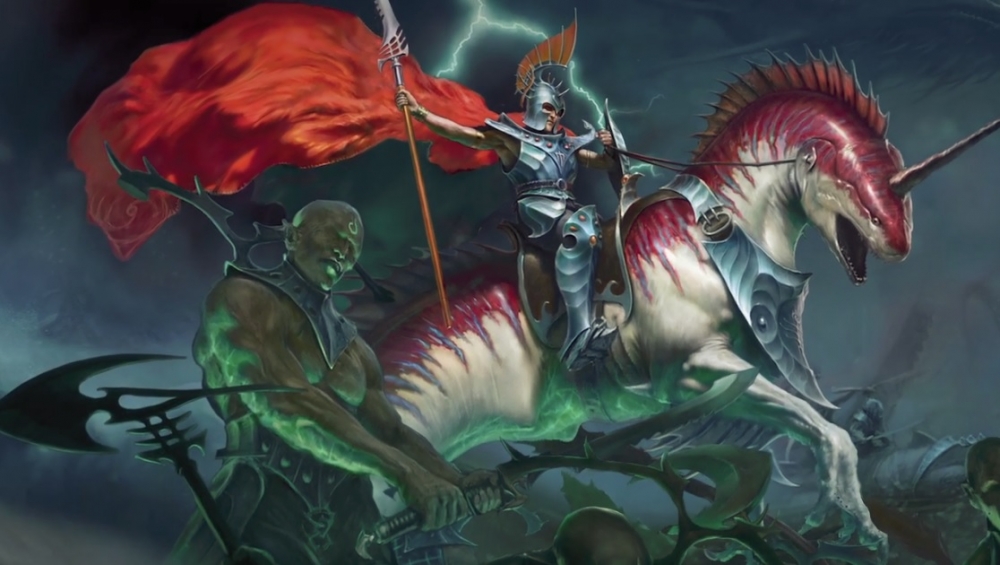 In this kit, you also get the sprues necessary to make an Akhelian King who’s basically like a baby version of Volturnos, with a smaller leadership aura and without the damage and increased rend of the Astra Solus that Volturnos wields into battle.

Now let’s talk about the Gloomtide Shipwreck. This thing is not only an incredible model–and it makes a great centerpiece–it’s also a pretty powerful piece of scenery for the Deepkin, giving them feel no pain while near it, and damaging enemies who get too close. 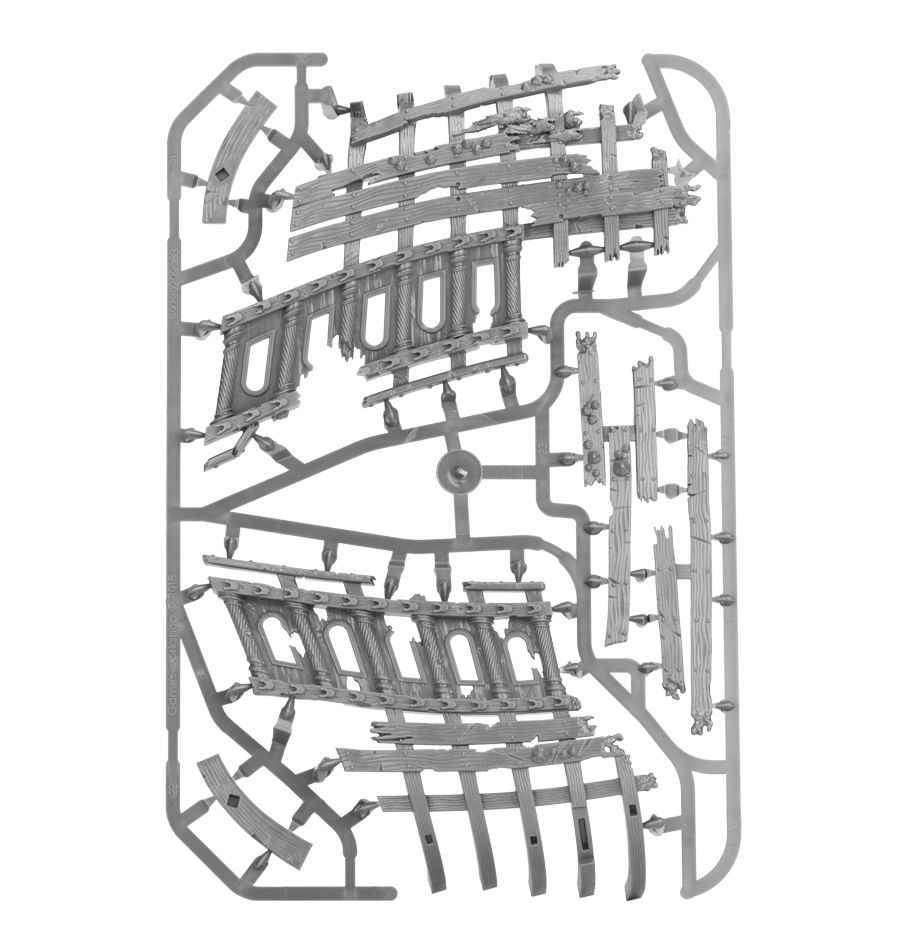 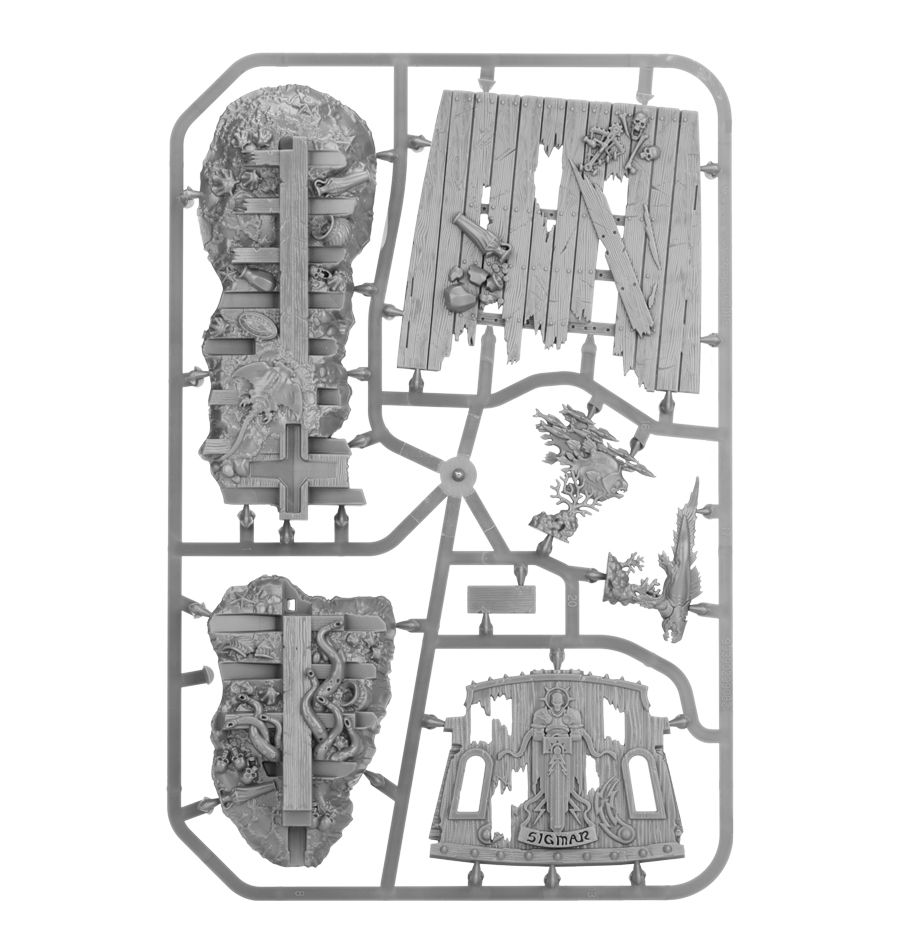 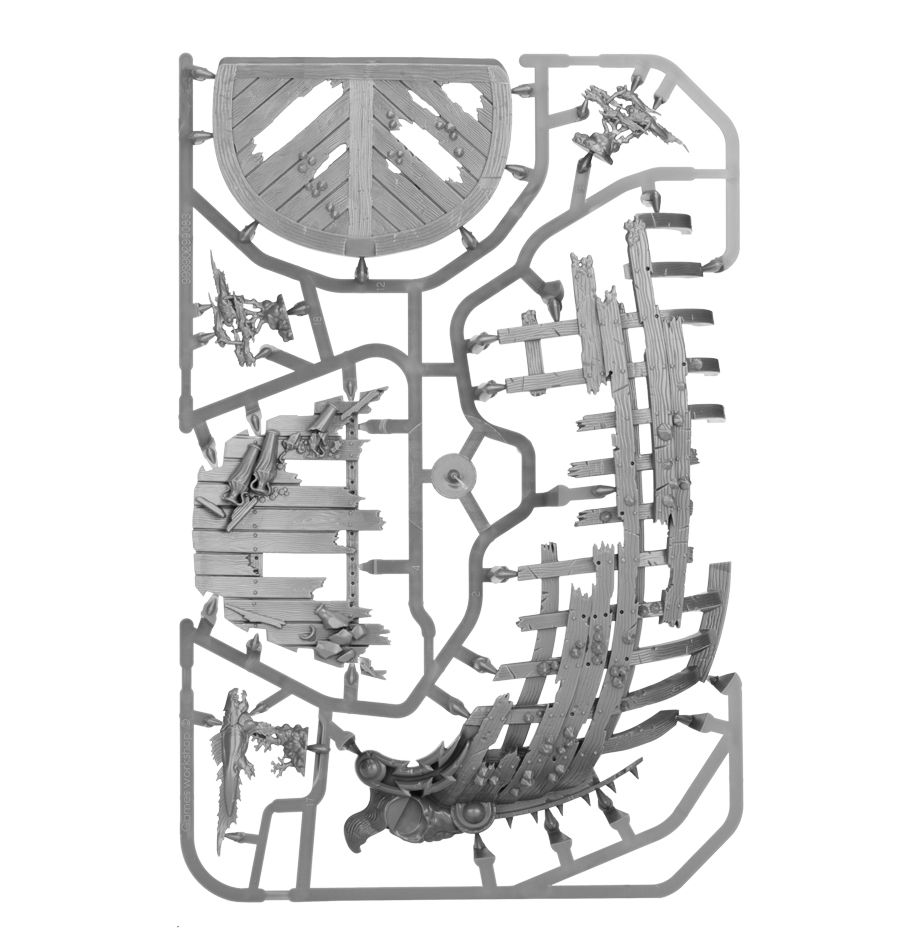 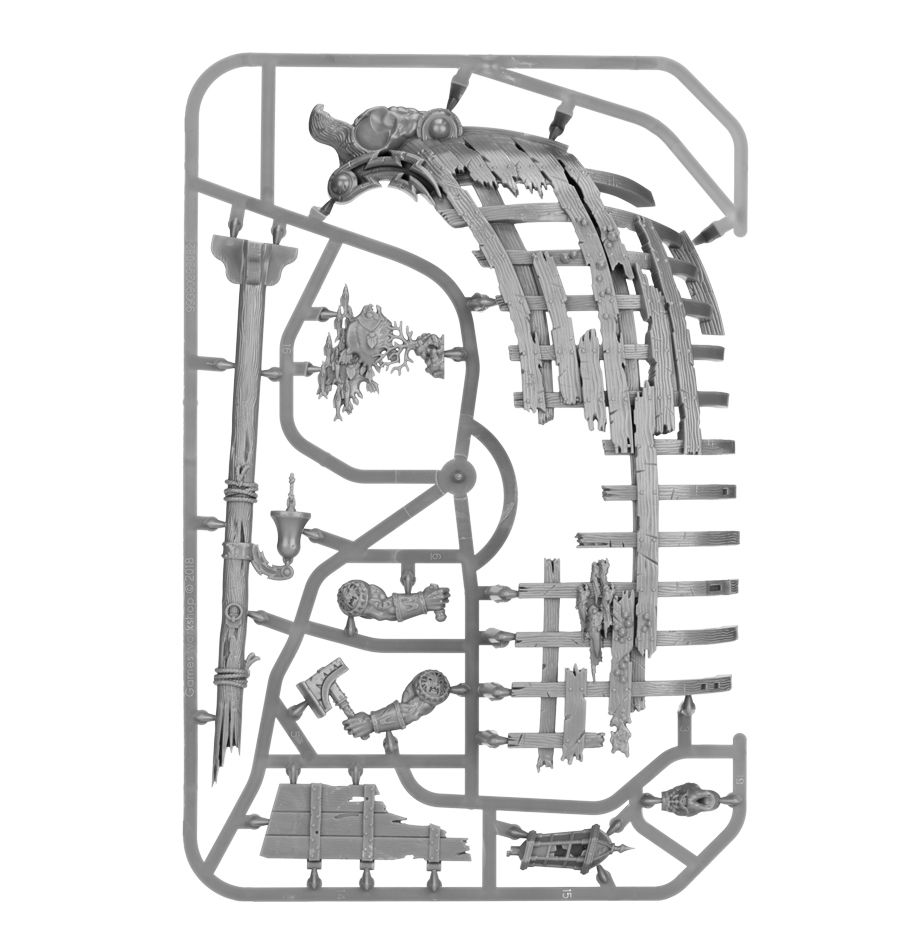 The Akhelian Leviadon is an incredible model. I mean you can see it up there in the thumbnail, but it is impressive in person let me tell you. Even on the sprue this thing pops. It has a lot of large swaths of texture. The shell is battle-scarred and stippled, the ridges on the fins of the Leviadon belie a lethal sharpness. There’s a lot going on, modelwise.

And rulewise too. The Leviadon is a beastly behemoth that is surprisingly swift on the tabletop. Sure, as it takes damage it’ll move slower,but by then it’s too late, the murder turtle (or myrtle) has already closed with your ranks and is crushing you in its jaws of doom. Which, it probably will, on a wound roll of 6 the jaws just do 6 mortal wounds, straight-up, instead of their normal damage.

But the best part about this kit is the sheer undersea Mad Max vibe it’s throwing off–take a look at that Void Drummer, he and the Doof Warrior should be best buds.

Are you ready to dive in with the Idoneth Deepkin? All three of these kits are up for pre-order this weekend from Games Workshop!

Author: J.R. Zambrano
Bell of Lost Souls Staff Writer and DM, J.R. covers RPGs of all stripes and on occasion eats sandwiches. You can ask him about either at [email protected]
Advertisement
Age of Sigmar AoS Order Games Workshop Tabletop News Unboxing
Advertisement