Fantasy Flight Games is back with more info on the upcoming Arkham Horror The Card Game expansion ‘The Forgotten Age’ – today we’re diving into the jungle to learn about some of the new rules and mechanic tweaks that are coming to test your resolve.

We’ve talked about The Forgotten Age before with the announcement, the first pair of investigators teased, and also the focus on the newest investigator Calvin Wright. Personally, I’m pretty excited to see what this new adventure path brings. We’ve already seen that carving a path through the jungle is tricky and is executing in game by the introduction of new mechanics. Now, we’re getting a look at how managing your supplies is going to help your odds of survival. 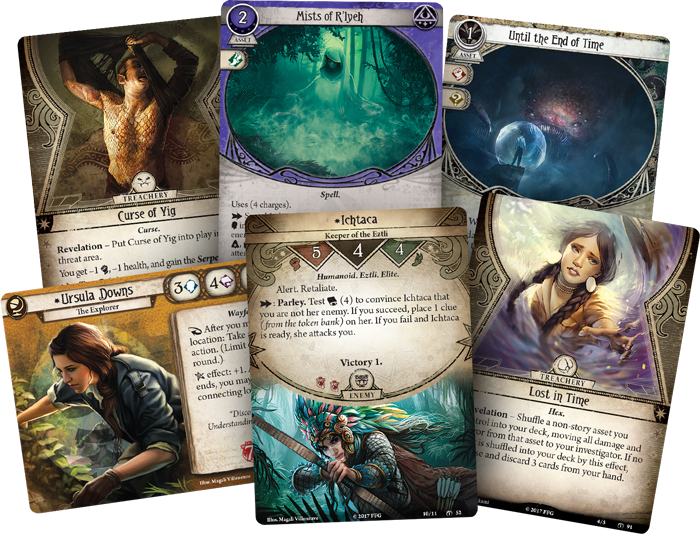 If you wish to head deep into the rainforest, you must make the proper preparations, carefully deciding which Supplies to take with you. Supplies differ from cards like Emergency Cache (Core Set, 88) that bear the Supply trait. In The Forgotten Age, Supplies do not have designated cards, but they are recorded in your campaign log, and what you have in your possession can trigger certain card effects. Whereas you can store extra Item or Supply cards in a Backpack (The Forgotten Age, 37), you only have the capability to carry a certain amount of Supplies. You cannot bring everything. Rather, you must listen to your gut and attempt to anticipate what you will need on your expedition.

Is it important for you to carry a length of rope for climbing and spelunking, or would you rather keep a cache of medicine in case of infection or disease? It will be possible to restock your Supplies at certain points, but there is no telling when this will occur or how often you will be able to replenish your reserves. Hundreds of miles away from civilization, you must choose wisely. 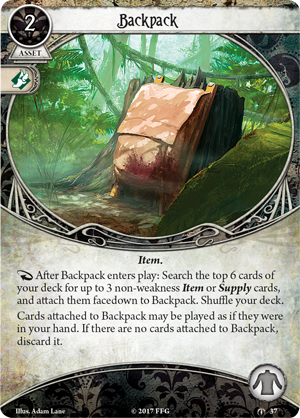 Getting poisoned is one of the new Treachery cards included in the expansion. And while it may sound bad at first – it actually doesn’t do anything…by itself. 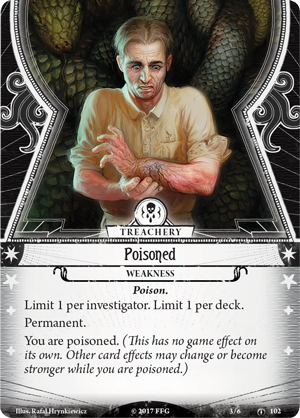 But you can bet that there will be other cards that are going to play off of this mechanic – and because it’s Arkham Horror you can count on those triggers being bad news for your investigator. Then again, it’s not actually that bad, right? You could stay poisoned for a bit and save those precious supplies for later…how lucky are you feeling?

Snakes. Why Did It Have To Be Snakes?! 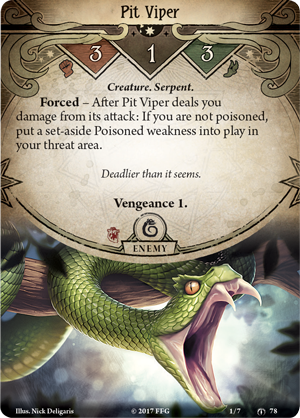 Some of the enemies you’ll encounter in the Jungle have the new Vengeance keyword. Much like the Victory keyword, these cards go into the victory display. However, they aren’t going to reward you for having killed them. Vengeance is actually a representation of how you’re making your presence felt by Yig, the Father of Serpents. The more Vengeance you acquire in your expedition, the more you’ll draw the ire of Yig. That can make things get difficult for you as you’re in the heart of his domain. 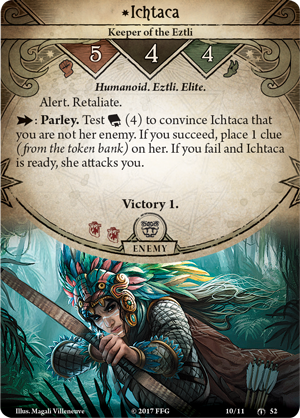 Ichtaca is also a new enemy we’ve seen before. But is she really an enemy? For now she is and she has another new keyword: Alert. Enemies with this keyword are pretty bad for all those investigators who think they can just outrun all their problems.

“Each time you fail a skill test while attempting to evade them, the Alert enemy performs an attack against you, and to make matters worse, they don’t become exhausted following the attack!”

Brutal. Not only do they punish you for failing, they also don’t exhaust after the attack! I hope we don’t have to face too many of these Alert folks…my Skid’s Deck doesn’t like getting popped while evading.

The Forgotten Age is available for Pre-Order now from your FLGS! 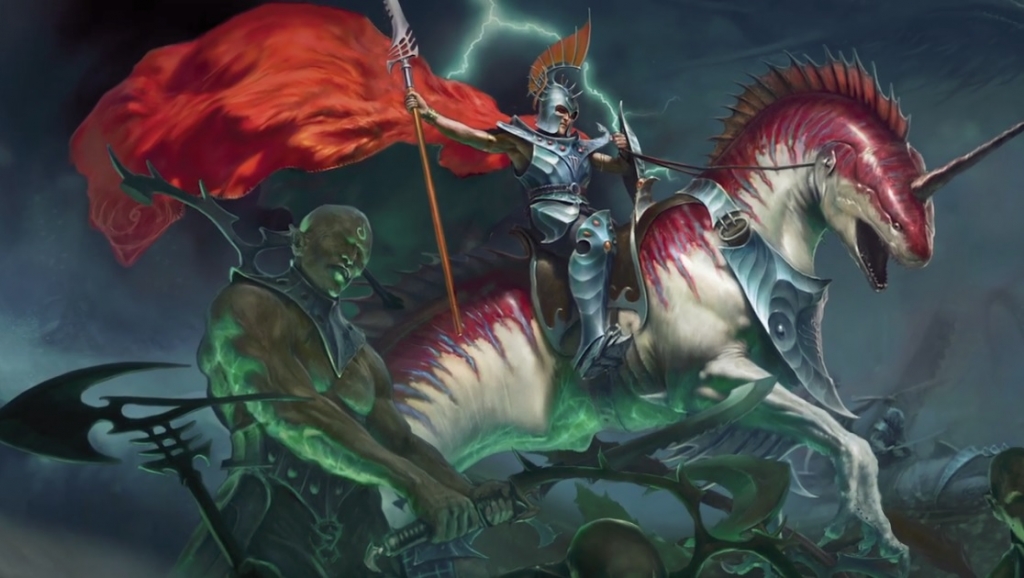