Today we have an exclusive preview of Gabriel DeFersen, one of the Knight-Hospitallers who serves under PanOceania’s military orders. A powerful combatant and superb hacker, Gabriel DeFersen will be available in Mid May–in the meantime, come take a look.

That’s right folks. Come feast your eyes on the awesome new miniature for Knight Hospitaller Gabriel Defersen. He’s getting an upgrade, sporting some heavier new armor and a sweet hacking gauntlet–he’s really become a true representative of the knights hospitaller. 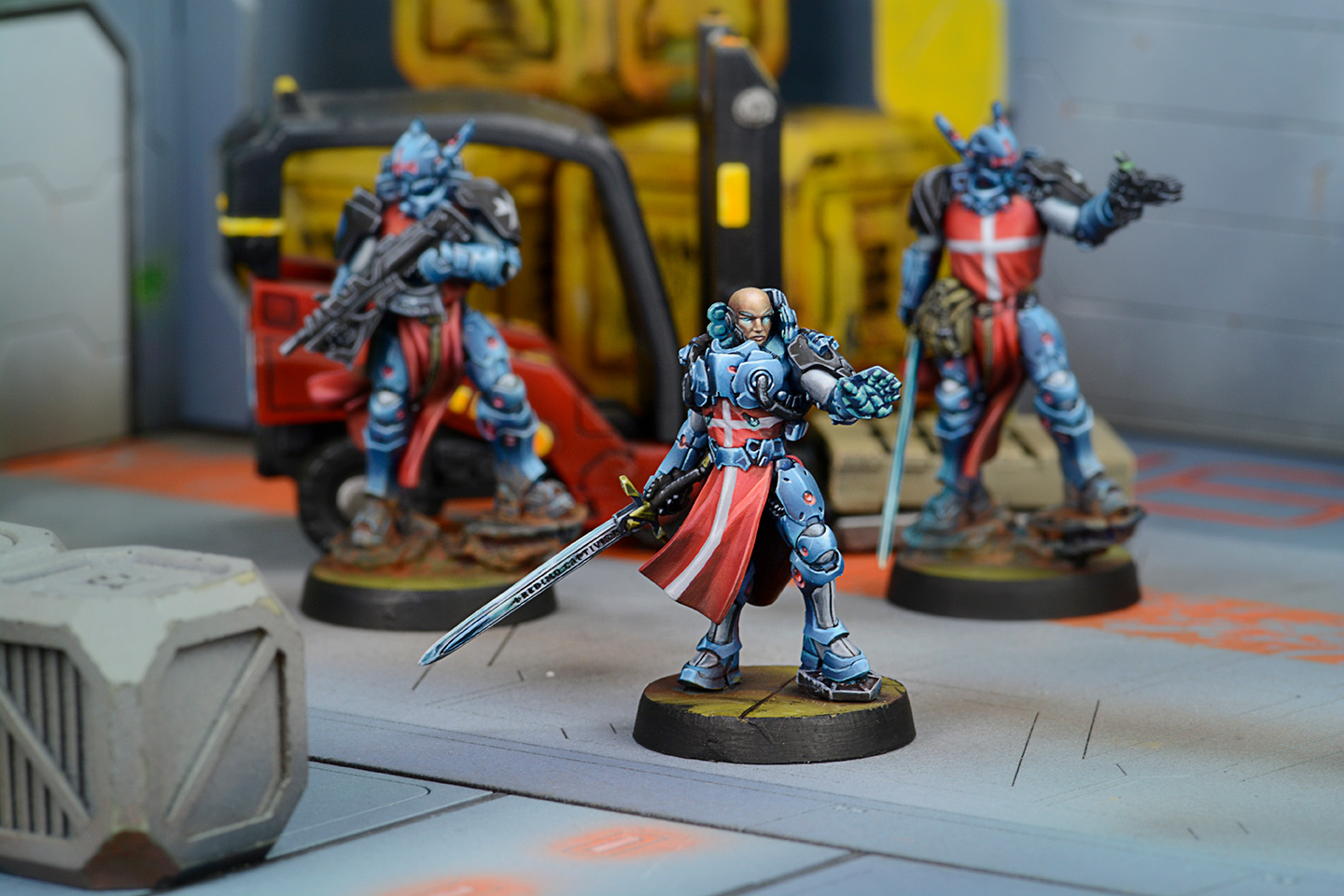 He comes with a Templar Close Combat Weapon, Spitfire, and a Pistol. Of course the miniature has come a long way from the concepting–check out some of the design on the new armor below. 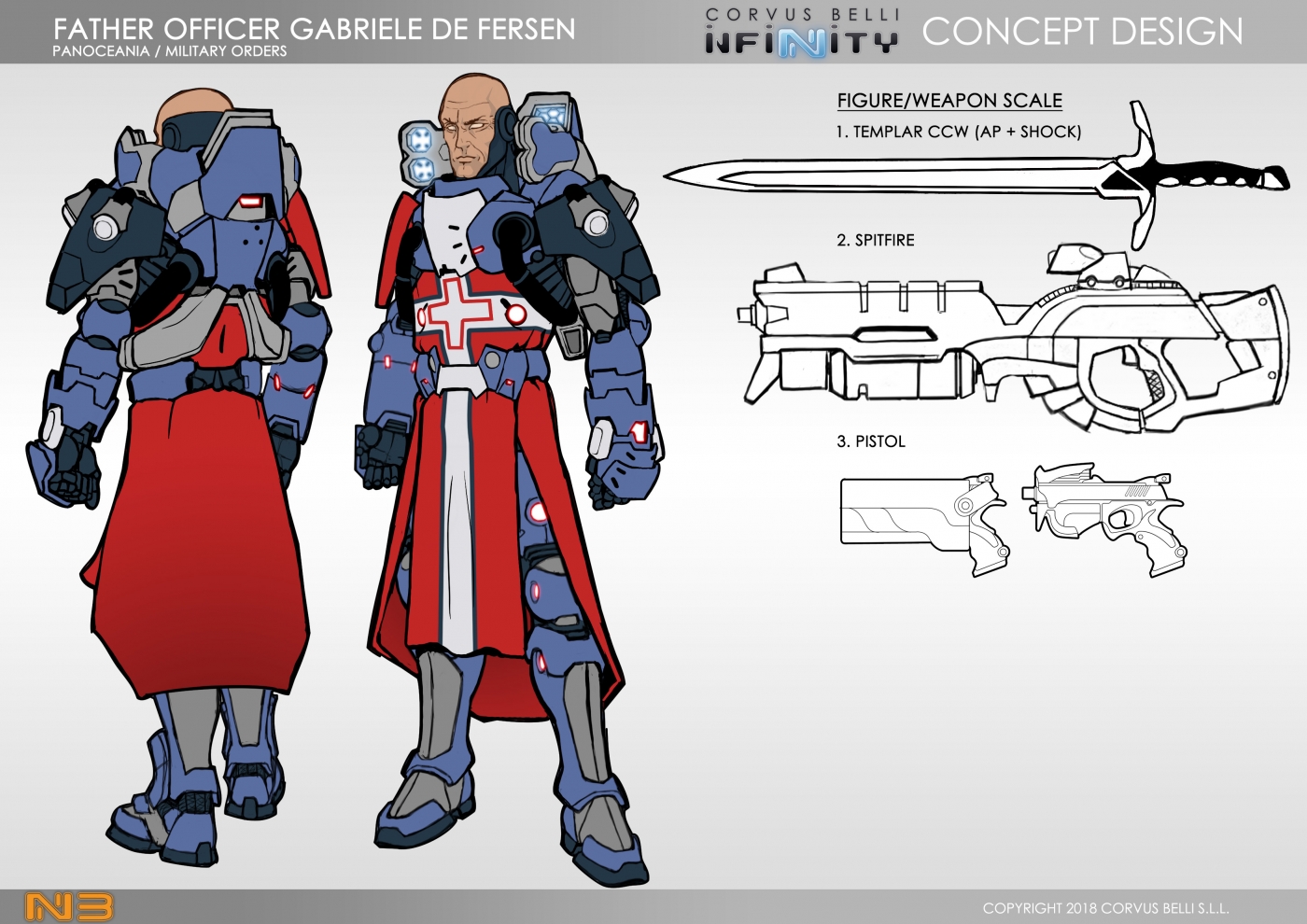 And from that we have the armored hacker–and before you say that he’s more of a slicer since he’s wielding a sword, that blade looks like it’s capable of hacking through armor (especially since it has the AP quality) and anyway in those armored gauntlets he could probably do some half-swording pretty easily. 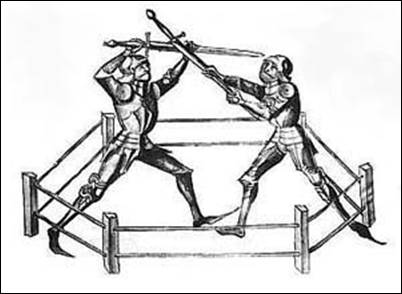 If that isn’t hacking, I don’t know what it is. 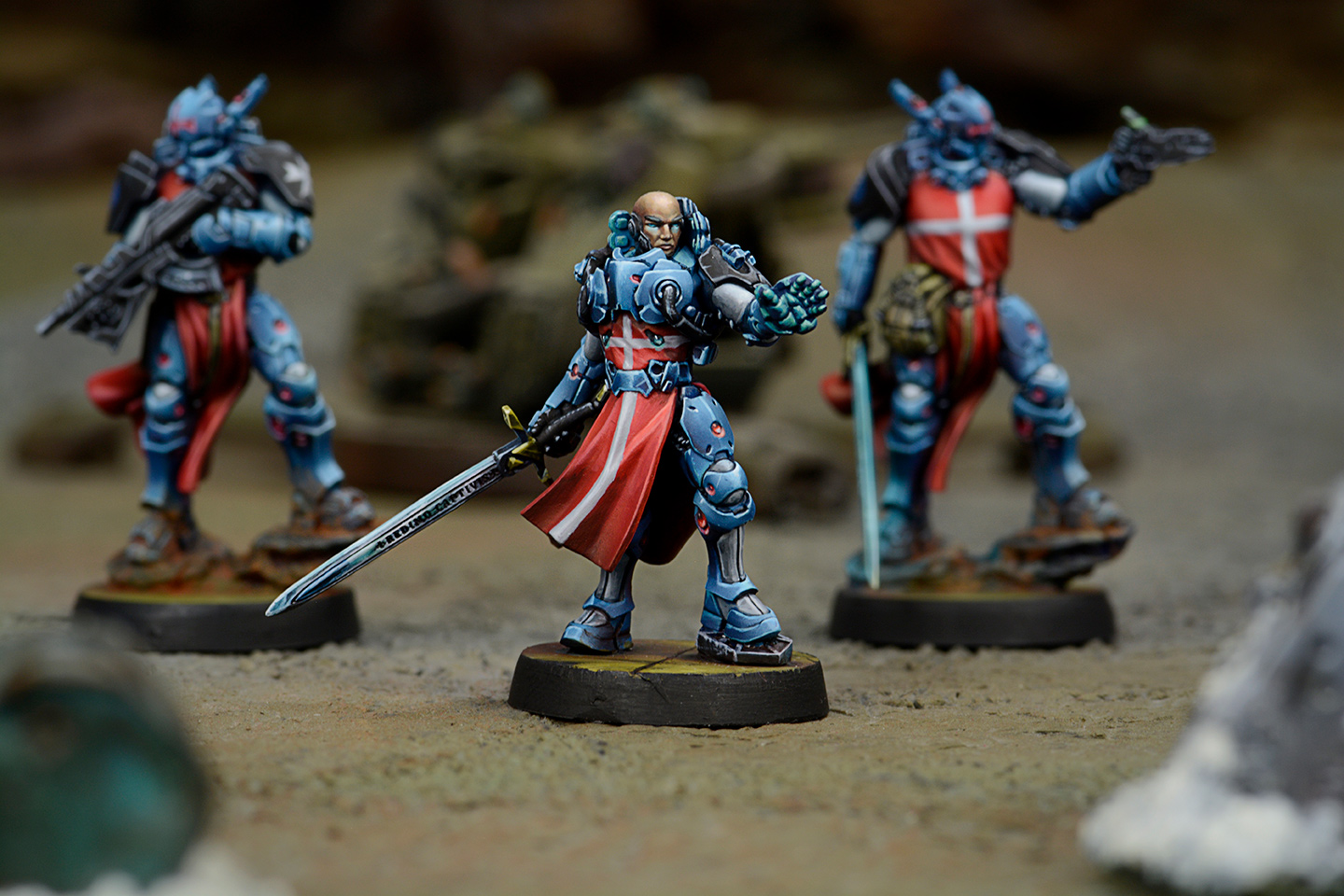 Father Officer Gabriel DeFersen’s new miniature will be available in mid-may, you can find out more about him below. 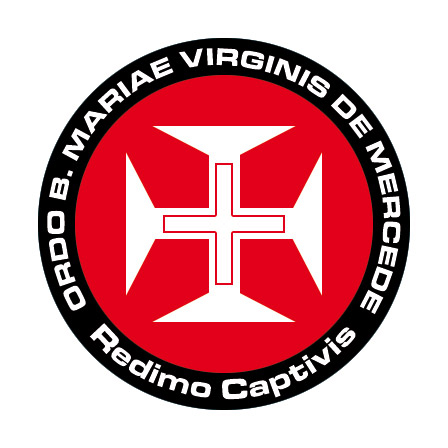 Gabriele de Fersen was a young, successful programmer who enjoyed a life full of depravity and excess. However, after suffering a dramatic naval accident in which he almost died, he reconsidered his behaviour. De Fersen found God and decided to ask for admission to the Holy Order of the Temple. The Order offered him a way to sanctify his eagerness for excitement, dedicating his efforts to the works of God and allowing him to serve through his technical knowledge. De Fersen devoted himself body and soul to prepare for the holy war in the tough instruction monastery of Santiago of Neoterra, in Aquila. With the last of his savings he paid for a combat implant, of Templar manufacture, that allows him to activate accelerated combat routines. De Fersen became a disciplined Templar Knight who received his baptism of fire in the final death rattles of the NeoColonial Wars. On the battlefield he proved to have bullet-proof faith and confidence, as well as a touch of indomitable aggression. At the end of the conflict, he returned to Neoterra where he continued polishing his military and battle programming abilities. At that time, he had already forged a fearsome reputation as a warrior intelligent as he was fierce. 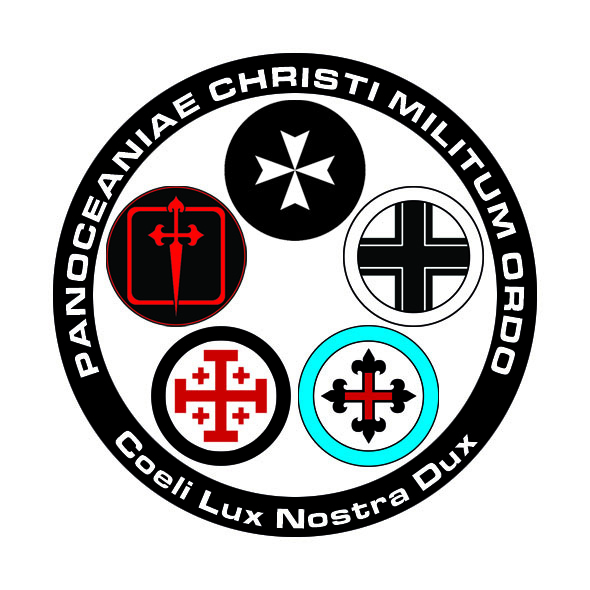 After the order of the Temple’s dissolution and the investigation into its heresy by the Holy Inquisition, De Fersen was subjected to deep questioning and scrutiny to find if he was involved in the blasphemous plot. He had to face a court martial and voluntarily underwent an ordeal, a trial by God, from which he emerged victorious. Once declared innocent of the charges of apostasy and artificial intelligence programming, he was allowed to transfer to the Order of the Hospital. Nevertheless, his former link with the Temple is considered as a fault and a stain on his spirit and record, meaning he will never be promoted inside his new Order beyond his current rank. 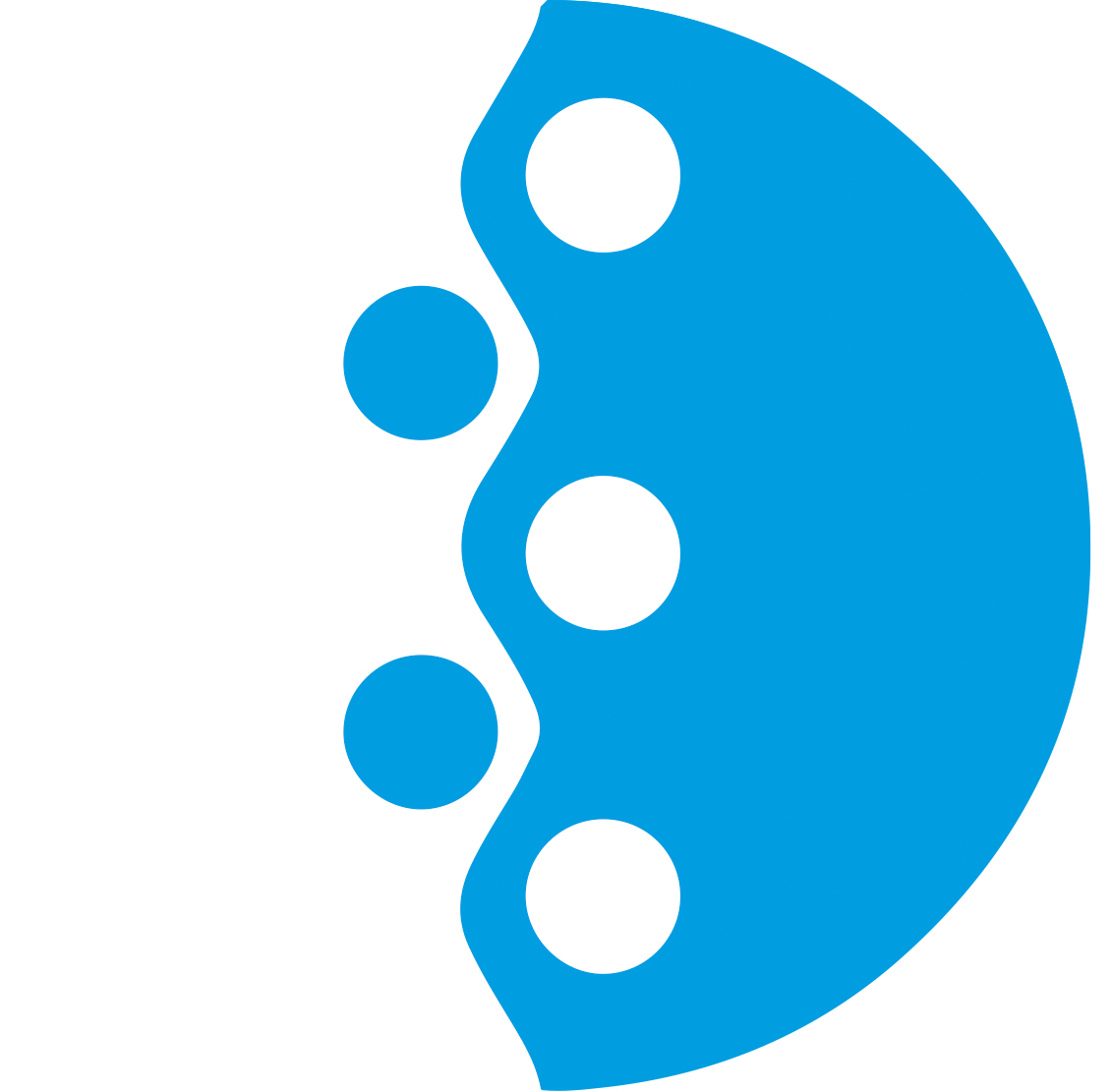 During the Ariadnan Commercial Conflicts, De Fersen was posted to the Units of Mercy, those responsible for recovering the wounded from the battlefront and rescuing prisoners. The missions undertaken by the Hospitallers of Mercy are risky in the extreme, requiring maximum precision. De Fersen proved capable enough to take tactical command of these units, managing to the last detail the preparation and execution of missions. The name of De Fersen passed into the annals of the Order in the Horns of Hessen, on Paradiso, where he ambushed and destroyed a reinforcement column of the EI’s Combined Army. The time bought by De Fersen’s small Unit of Mercy allowed PanOceanian troops to destroy the main Morat force’s rearguard, rescue numerous prisoners, and capture important technical and strategic information.