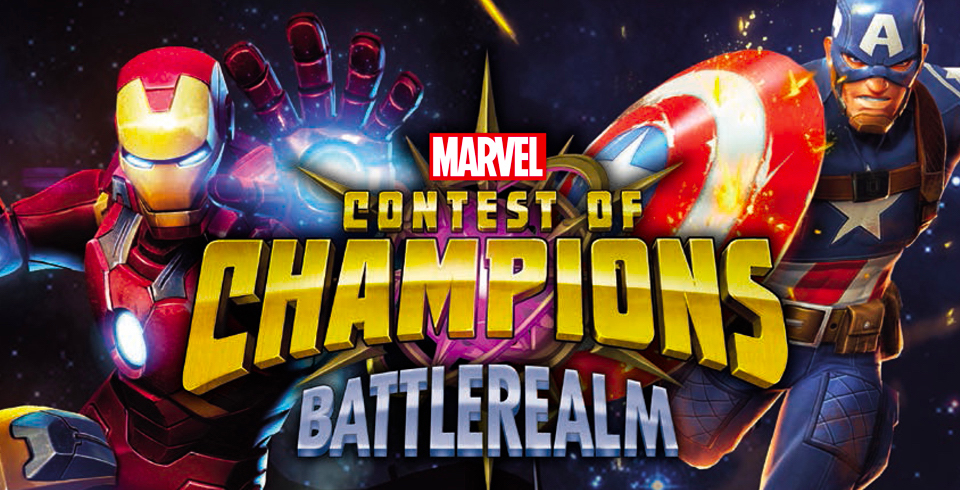 We’ve all had those arguments of who would win between this hero and that hero. Finally settle those disputes in the Battlerealm!

Marvel Contest of Champions Battlerealm is a dice rolling game set in the Marvel universe.  Players take the role of Marvel heroes battling against each other in an effort to control the various locations throughout the universe to become champion.

On each player’s turn, they roll the 6 custom dice. The players use these dice to manifest their powers and abilities or use the various dice actions. To do this, the player must match the symbols from the dice to the symbols on their ability cards. During the rolling, players are allowed to reroll any number of dice up to twice. The only exception to this is the green Science symbol and the yellow Mutant symbol.

If the players roll 3 Mutant symbols they are sent to the Crystal Prison and remain there until they can roll a set of triples on their following turns. If the player rolls 3 Science symbols causes an explosion in that location, dealing damage to all heroes in that location.

If a player is reduced to 0 PvP points they are eliminated and are out of the game. The last player standing or the first player to achieve 21 PvP points is the winner! 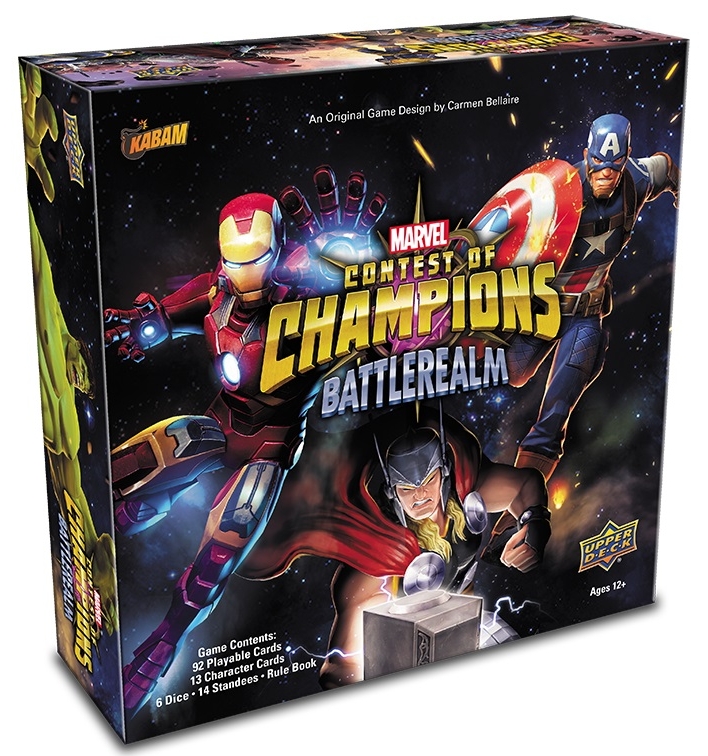 In “Battlerealm,” each player will take control of one of the 13 available Marvel super heroes and create a play area containing different locations such as Arcane Arena, Wakandan Necropolis, Avengers Towers or the Savage Lands. Roll the dice to activate your powers and move across locations to gain points of their own and to take points from other

Only one Summoner can be victorious in the Contest of Champions. Will it be you?

Tabletop Gallery: All Plaid All the Time