40K: Put On Your Dancing Shoes, The Harlequins Are Coming

Send in the clowns folks, oh, wait, it turns out they’re already here–and in fact you shouldn’t call it a comeback, because apparently they’ve been here for years, traipsing in and out through the Webway. Come and see what’s next for them.

That’s right, the Harlequins are now officially announced. They’ll be up for Pre-Order next weekend, which means that we can get a look at their upcoming rules over the next week, including a preview accompanying today’s announcements. Apparently they will have Masque forms, which are some of the more unusual rules GW has worked on… very curious to see how this shapes up.

Codex: Harlequins gives the Harlequins greater depth and tactical flexibility than ever before. In the codex, you’ll find some of our most unusual faction rules ever with the Masque Forms, from the sinister morale-manipulating powers of the Silent Shroud to the warriors of the Dreaming Shadow – who turn death itself to their advantage: 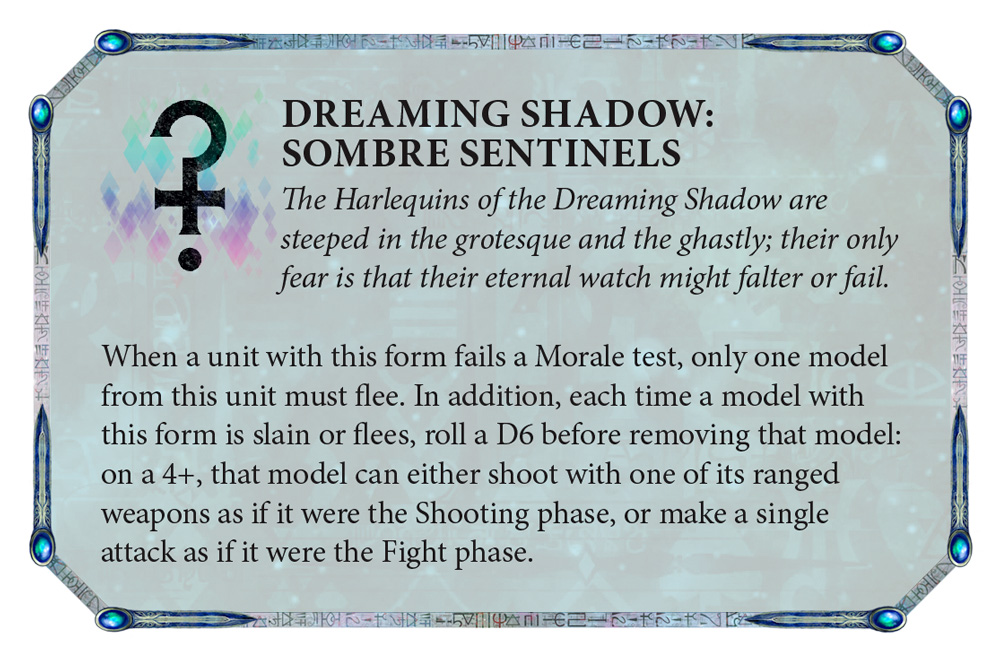 So Harlequins of the Dreaming Shadow always have a company Ancient nearby, which, given their equipment, can be pretty devastating. Nobody wants to get hit with a Harlequin’s kiss, even posthumously.

Then of course there’s the Codex itself: 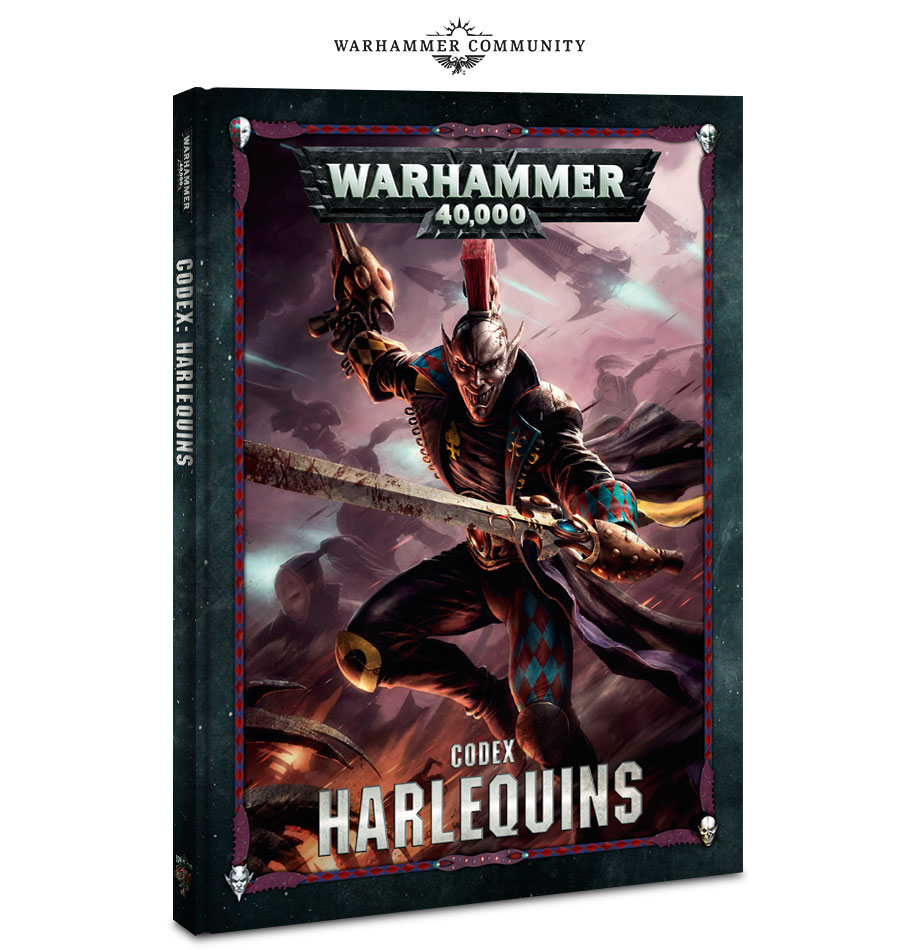 It’s not just faction rules – inside, you’ll also find Stratagems, Warlord Traits, Relics and rich lore that explores just what the servants of the Laughing God have been up to since the Cicatrix Maledictum opened and the Yncarne was born. 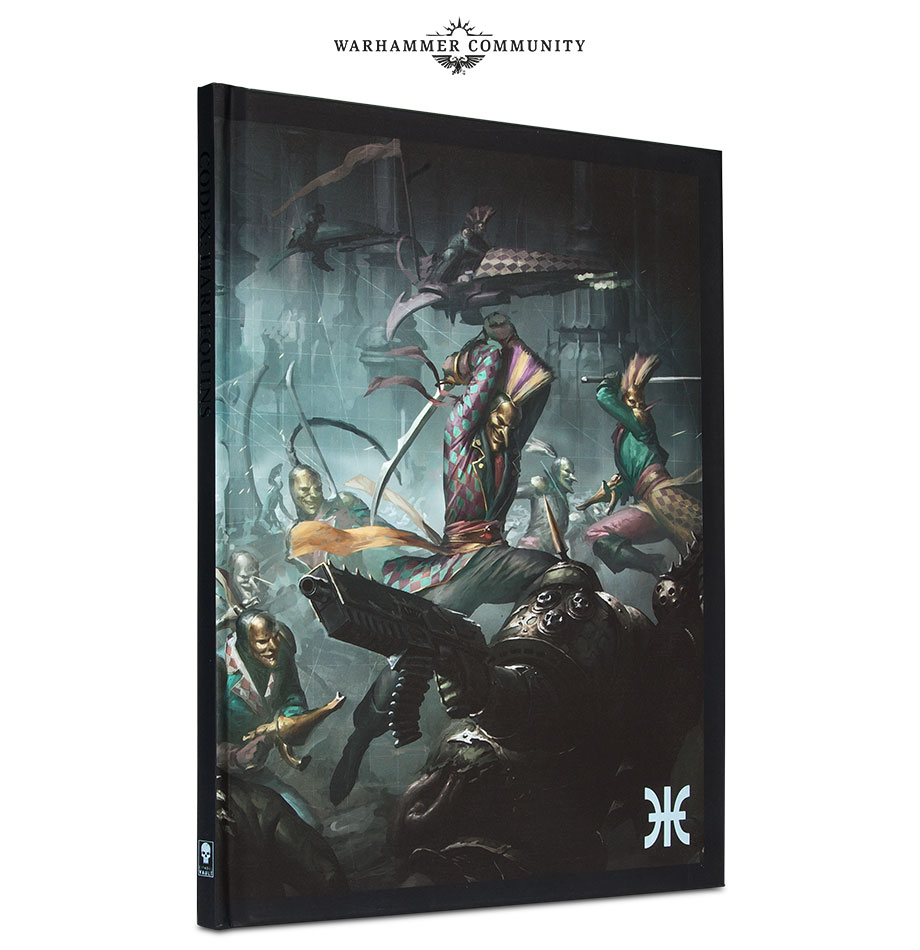 If you’re a truly dedicated worshipper of Cegorach, make sure to pick up the Collector’s Edition – a lavishly realised version of your codex featuring a soft-touch cover with unique art. You won’t want to miss out on your Datacards, either – an invaluable in-game resource that makes tracking your Tactical Objectives, psychic powers and Stratagems simple.

Then of course there’s the other big thing accompanying them, the Webway Portal, which is available to Aeldari of all shapes and sizes. This one is interesting, because of the recent changes to deep striking units–wonder if this will be an exception to Turn 1 rules, or if it will become a new ‘try desperately to kill this fragile piece of Eldar technology before it kills us all’ kind of thing like the accompanying Wraithknight. 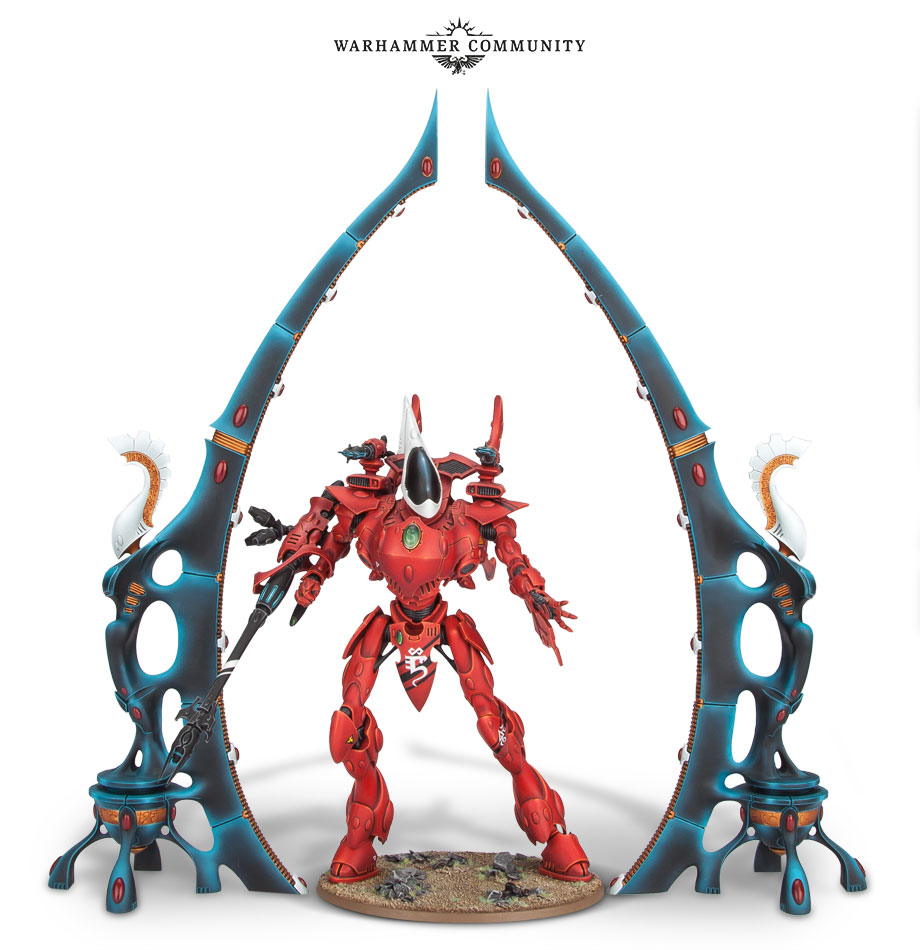 The Aeldari Webway Gate is HUGE – you’ll be able to comfortably fit a Wraithknight between the two halves. You may be wondering how you add this piece of terrain to your games. We’re keen to make sure that every Aeldari army gets access to the Webway Gate, and so, as well as finding rules and matched play points in Codex: Harlequins, you’ll also be able to find the datasheet in the box.

You’ll be able to add a Webway Gate to your Drukhari, Craftworlds and Harlequins armies, and you can use it in-game to deploy your units up close to enemy lines – imagine using it to drop in a clutch of Talos Pain Engines, or a pack of Howling Banshees…

All of this will be out next week, and you can bet we’ll be covering this codex. Nothing like a weekend at the theatre, as they say.

Somewhere out there, a young Inquisitor-to-be has had his parents murdered in front of him while leaving a Harlequin performance. I bet that’s like, seventy percent of Inquisitorial back stories…