Exactly what it says on the tin folks. Warhammer World has put up the announcement for the 40K GT, and here’s what’s new.

Warhammer World has put up their event packet for the 2018-2019 Warhammer 40K Grand Tournament. Consisting of 4 heats–each of which is a tournament unto themselves–that all lead to a final round with the champions of each tournament going head to head, you’ll find that the armies are a little smaller this year. 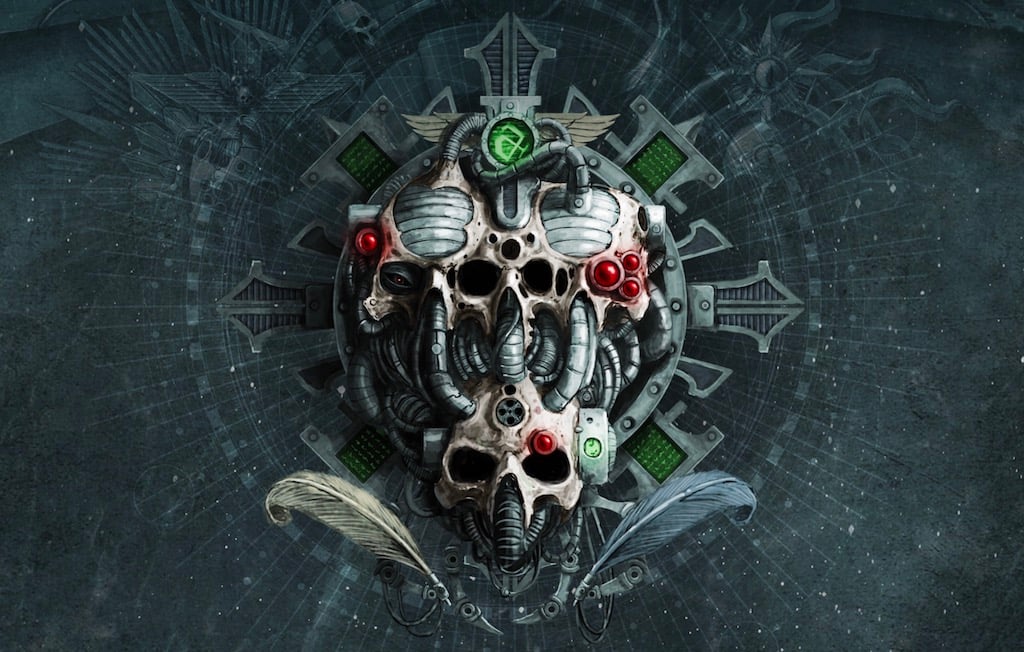 According to the official announcement, armies will be restricted to whatever you can fit into 1,750 points, with all the other restrictions on Battle-Forged armies you’ve come to know and love. No more than three detachments, and as is to be expected, the Rule of Three is in play as well, which fits with the Big FAQ’s suggested size for matched play.

Read on for a little more information about what to expect from this season’s Official Warhammer 40K Grand Tournament.

First up here’s what you need to know, including the most important fact about the tournament: 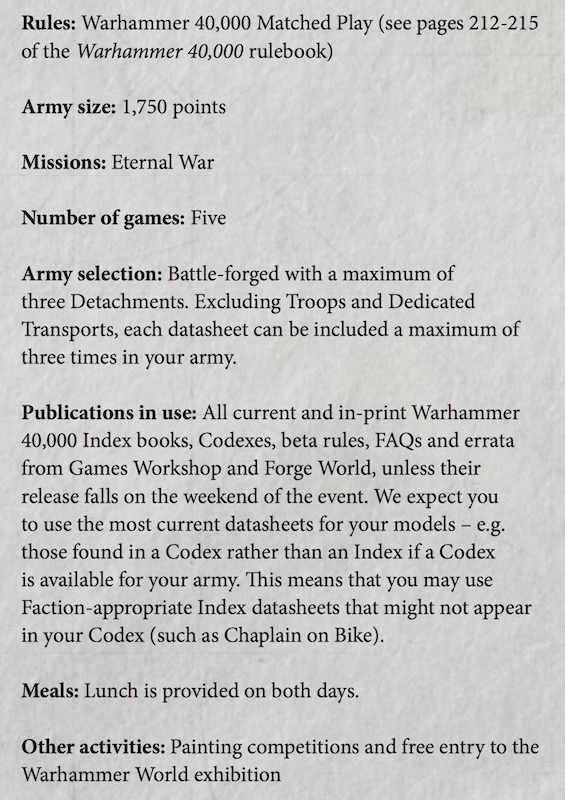 Lunch is provided. Seriously, gotta keep your energy up for that midday slump when Robert Goulet shows up to mess with your stuff. Food aside, this will be a big test for the new rules–of particular interest to me is that you can freely mix Index units in with Codex stuff. I’m not sure that that’s the most tactically viable way to build an army (I don’t think I’ve seen anyone take a Chaplain on a Bike, but hey maybe this is their year), but I am very interested to see what the lists that make it to the finals look like.

At any rate, you can read the whole announcement over at Warhammer World’s site, where you can also buy tickets for any of the events, and find out about the painting contests and other events happening around the GT.

Taking bets on which army takes the GT, my money’s on Orks outta nowhere.