Let’s take a look at the new Lord Tyrant Hexeris model and see if this new sculpt is the boost this caster needs to break into the competitive scene.

I don’t think I was alone in my surprise when I saw that Lord Tyrant Hexeris, aka Hexeris1, was getting a resculpt. If you would have asked me to make a list of models I wanted a re-sculpt of Hexeris1 wouldn’t have been on it. That being said this re-sculpt is pretty great and might cause some people to give Hexeris1 a fresh look. With this new model he has gone from a foreboding, menacing look to more of a combat action post. Apparently he also picked up more face piercings along the way. 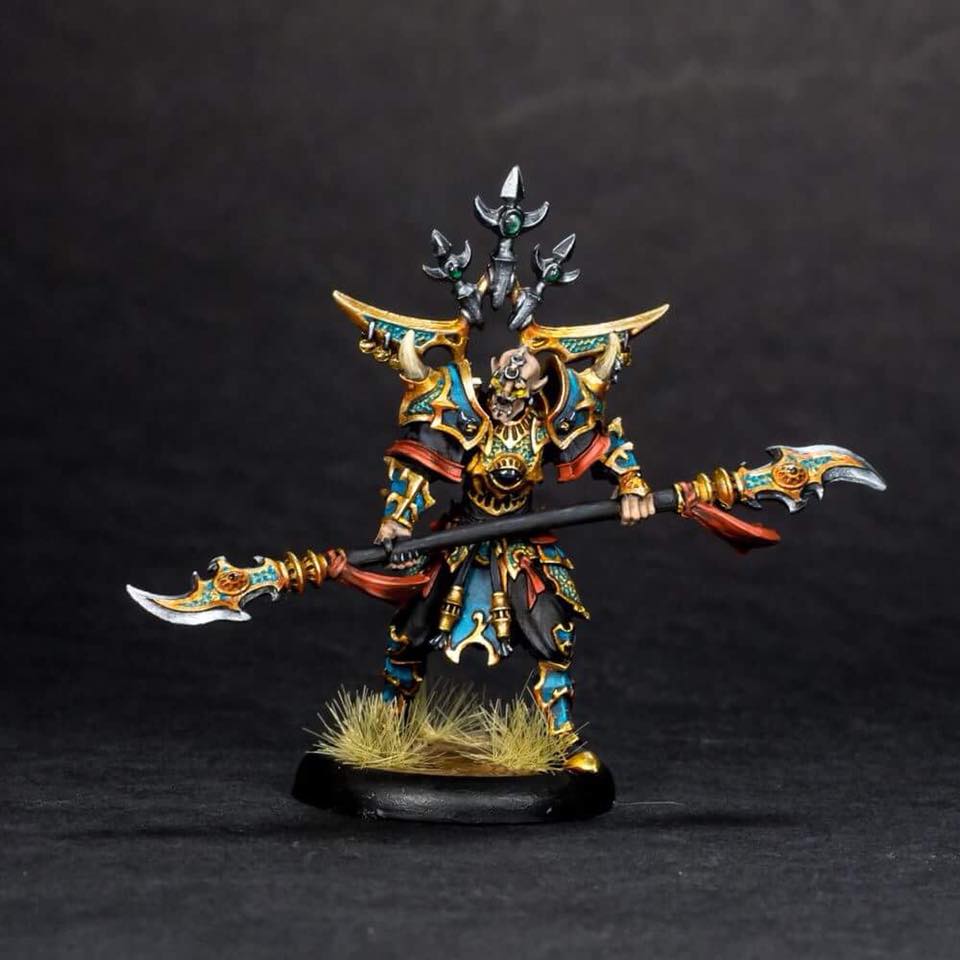 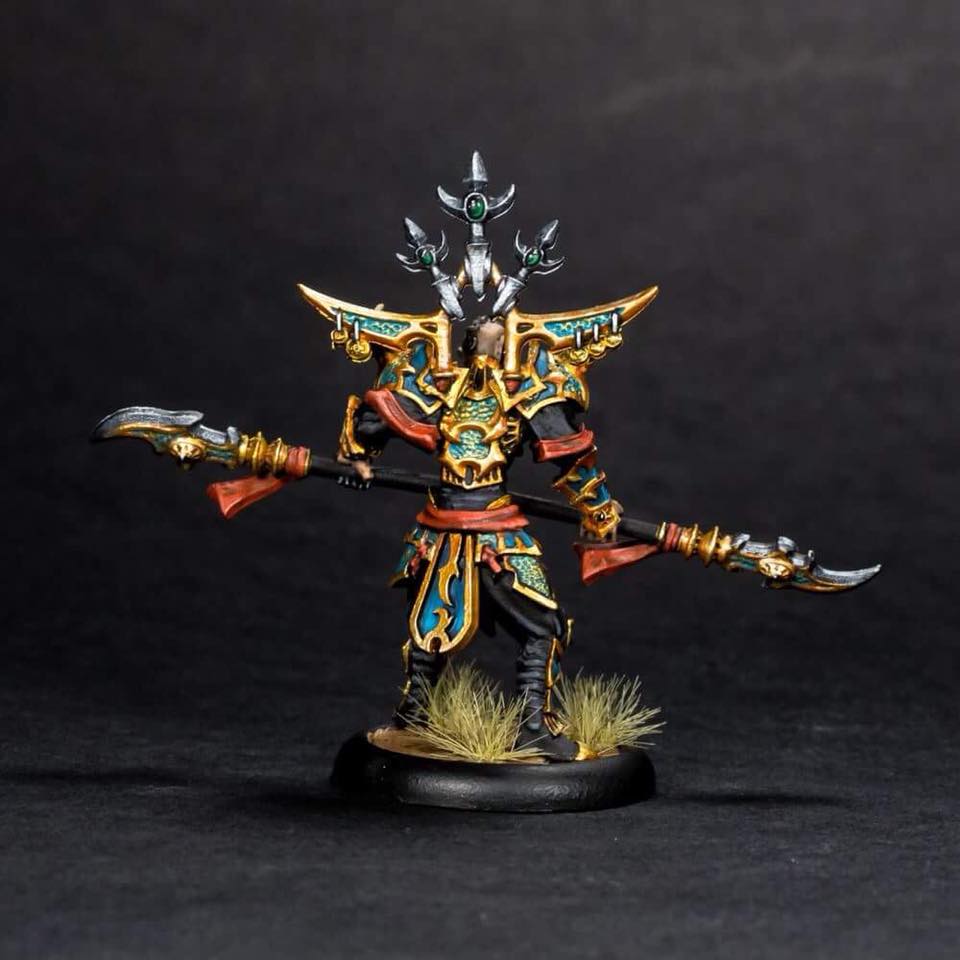 I’ve been a Hexeris1 fan from back in the mk2 days of Skorne, but he never quite made it into my tournament pairings back then. Now in mk3 he’s picked up a great new spell in Parasite, which let’s him crack armor and helps round out his toolkit. This makes me wonder why we haven’t seen much of him in the competitive scene at all. 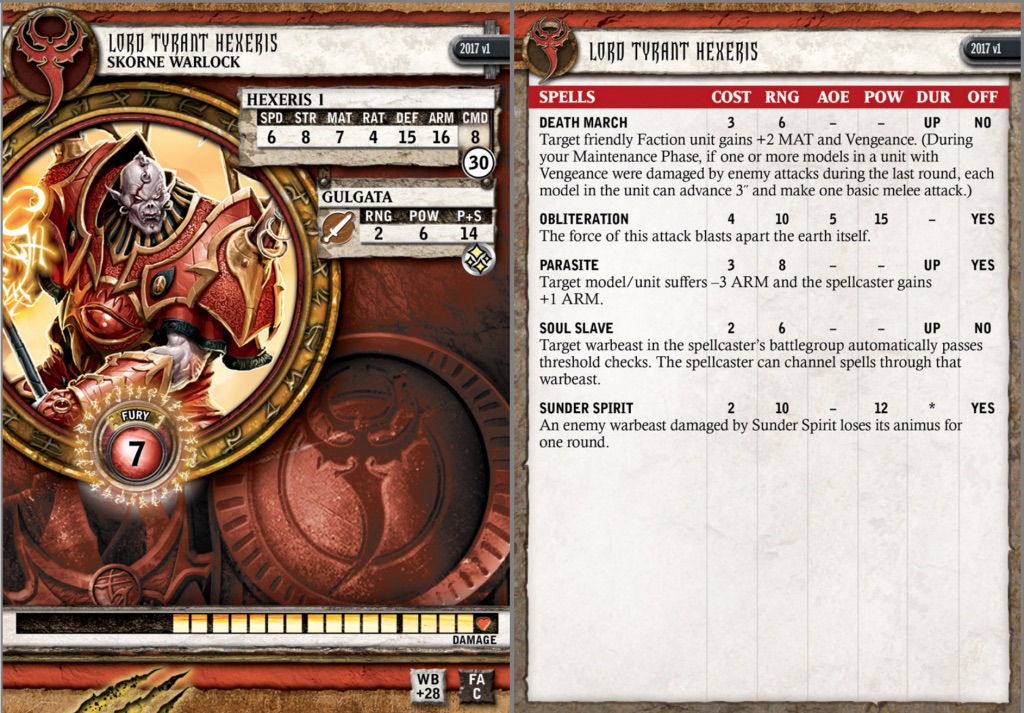 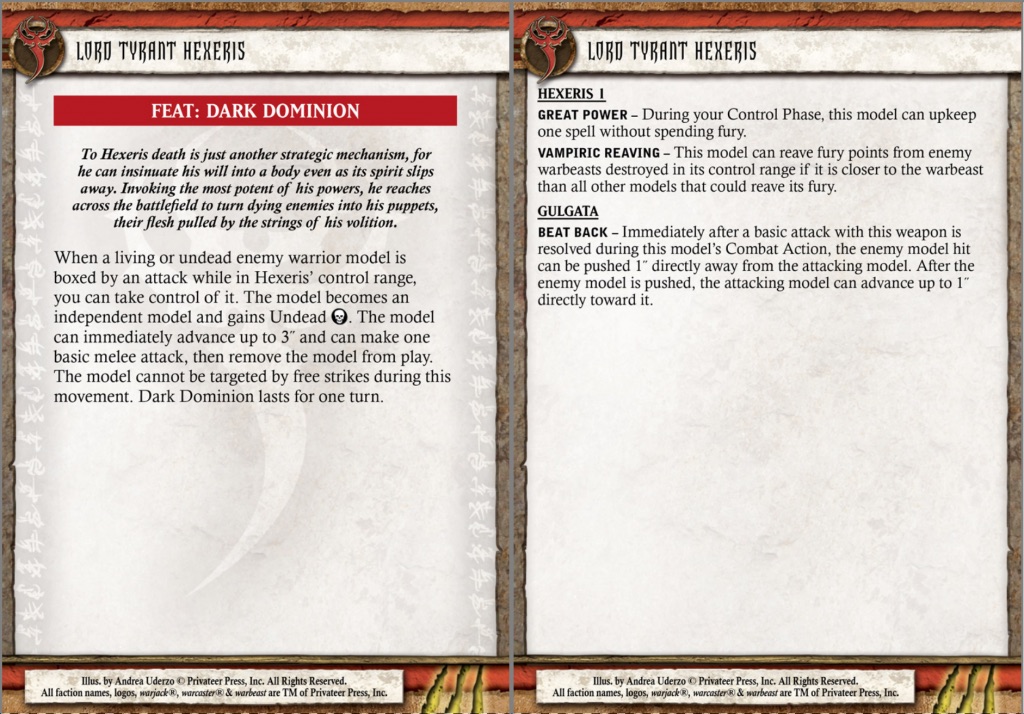 When looking for a caster to deal with troop swarms Hexeris1 is always a worthy consideration. His feat, Dark Dominion, has always been one of the coolest aspects of his rules. The potential to start a chain reaction of your opponents models all turning and killing each other is incredibly fun. If you do get to pull this off against a troop swarm it’s potentially a game ending feat. 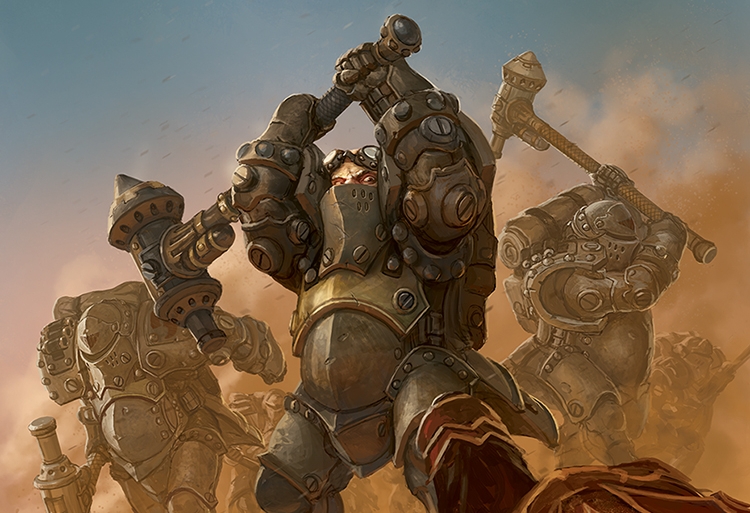 If you ever feat with Hexeris1 on your opponent’s Forgeguard, make sure to buy them a drink afterwards.

That is the problem though, Hexeris1 is so obviously good at killing your opponents infantry that in a competitive format a savvy opponent will simply play their other list. This typically means a more jack or beast heavy army, which in the past left Hexeris1 without a good plan into those matchups. But now he has Parasite, so even into jack spam or multi-wound infantry he has a great tool to help with that matchup.

With a Feat that removes infantry and Parasite to round out his abilities can we make some good competitive Hexeris1 lists? Let’s find out.

The core idea here is to apply Parasite to heavy targets and shoot them down! This list packs some great long range guns and a Razor Worm to use as an arc node for Parasite. With Parasite applied you get 4 – 10 POW 18 shots into the enemy; one from the Cannoneer, 2d3 from the Siege Animantarax’s and another d3 from the Cannon Crew. Even if you get unlucky and only get 4 shots you should still be able to put a good dent into something from pretty far away. 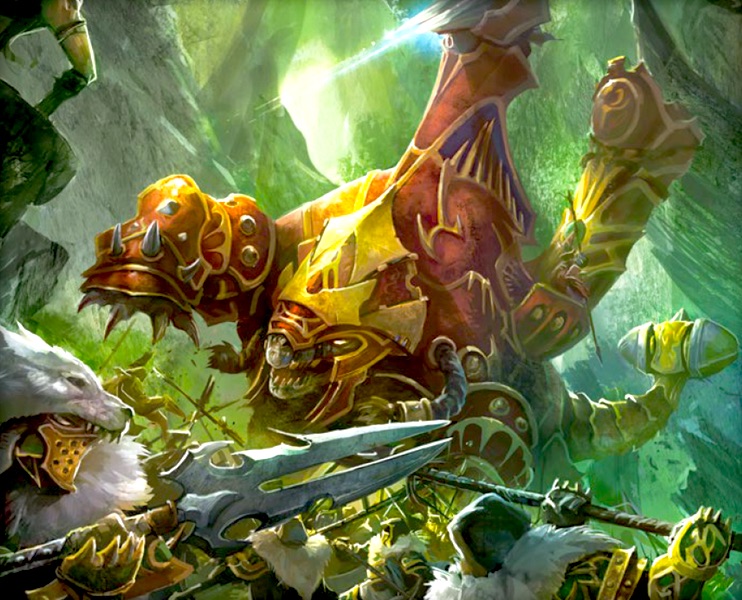 This list really wants to go first. Ideally first turn you put Soul Slave on the Razor Worm and get him into position so that on turn 2 you can arc Parasite on they key model/unit you want to shoot down. The Razor Worm makes for an ideal arc node given it’s Eyeless Sight and Pathfinder, plus it’s ability to dig in can let it sit in the middle of the table and be pretty safe.

Remember that you can trigger your Feat from melee or ranged, the enemy model just needs to be in your control. Also, keep in mind the enemy model killed during your Feat are removed from play which gives you access to a few tricks on top of stopping enemy recursion. 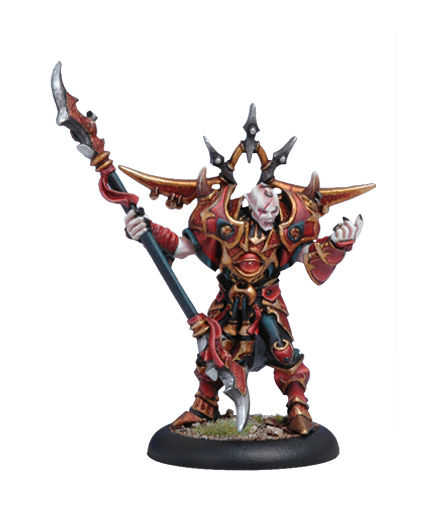 This list is a solid generalist list that should have a decent game plan into most of the field. With a Krea, 2 Shield Guards and Keltarii it’s fairly resistant to shooting. In melee you have Parasite, weapon masters and Tiberion to handle all your armor cracking needs. Any troops your opponent has should hopefully fall victim to your Feat. Normally Hexeris1 would want a few guns to trigger his feat from farther away, but in this case the Keltarii fill that role with SPD 7 and Parry letting them sneak past enemy lines to reach the juicy targets in the back.

Who needs guns? Just send in the Keltarii!

Cetrati are a great target for Death March as this fixes 2 of their main issues; being slow and only having a max of 8 attacks per turn. Now even if your opponent tries to jam the Cetratri out, they have the potential to unjam themselves way faster than before if Vengeance is triggered.

In this list the Cyclops Brute makes an excellent Soul Slave target. At SPD 6 he can run into position from pretty far away, DEF 13, Set Defense and ARM 18 means this model will take some high quality attacks to remove.

A big thanks goes to Sprue Loose Miniatures for painting up Lord Tyrant Hexeris for the article. Make sure to check them out on Instagram, Facebook and Twitter to see more fantastic paint jobs!

So, is Hexeris1 a diamond in the rough? Is Parasite an overlooked spell? Will this re-sculpt help the Lord Tyrant see competitive play?