Retro: ‘Judge Dredd’ Board Game From A Very Familiar Workshop 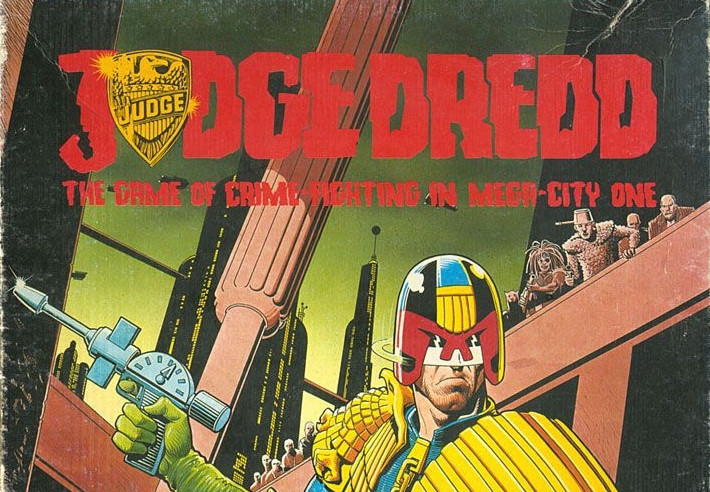 When getting started, most game companies will churn out a few meh to decent games before they really hit it out of the park and make a name for themselves. The Judge Dredd board game is definitely one such game.

Before Overwatch, Warcraft, Diablo, and Starcraft, Blizzard was making games like Blackthorn and Lost Vikings. 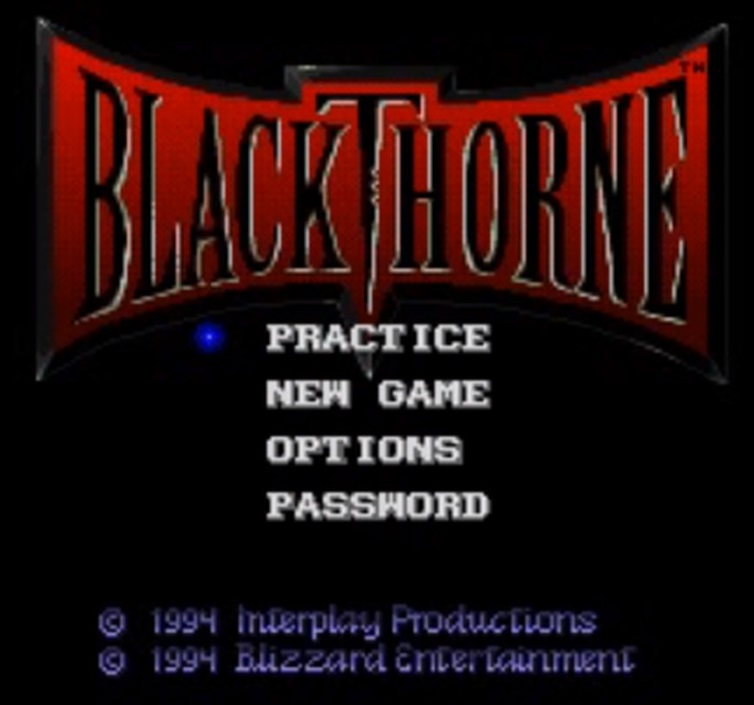 Blackthorn is actually a pretty rad game for the SNES, if you ever get the chance to check it out.

Which brings us to today’s topic: Judge Dredd. He’s had multiple board games, card games, roleplaying games and the like. Today we’re looking at the 1982 board game simply titled Judge Dredd. The art on the box perfect summarizes the oddity of the classic comic with a perfectly crafted scowl that only comes from years of practice. 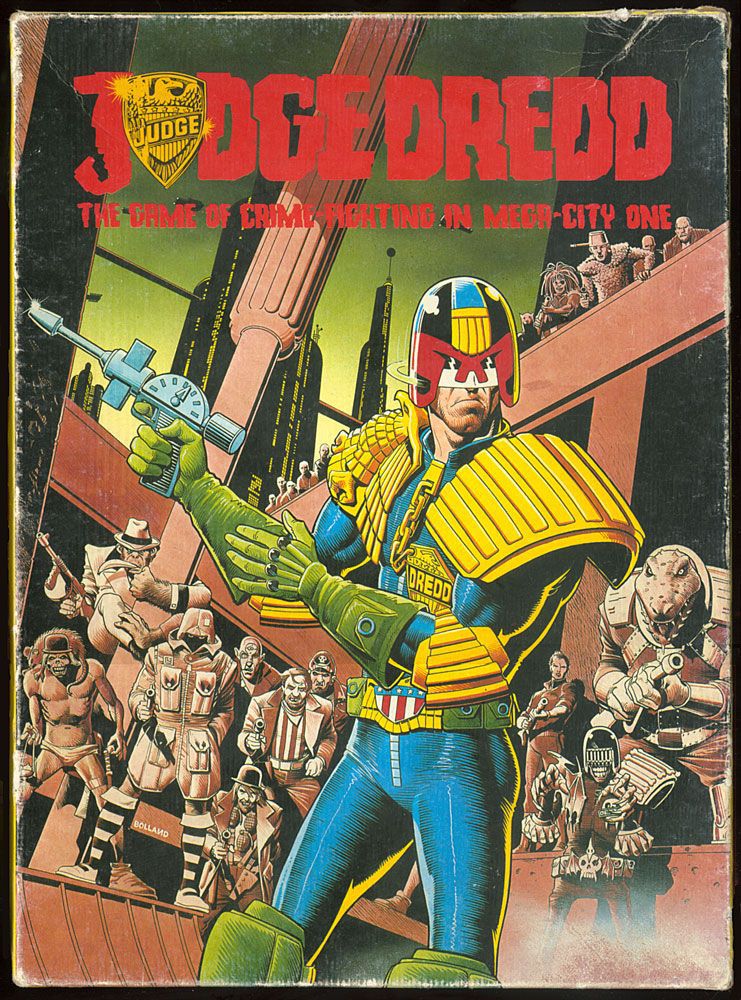 The back of the box is fine as well. Nothing too noteworthy here really. Some highlights, flavor text, game information and copyright info down at the bottom. 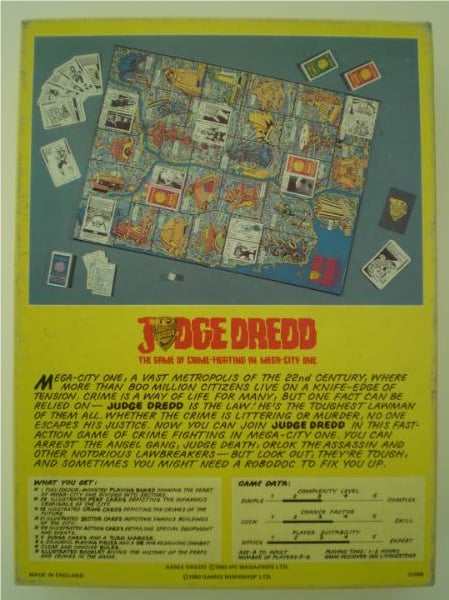 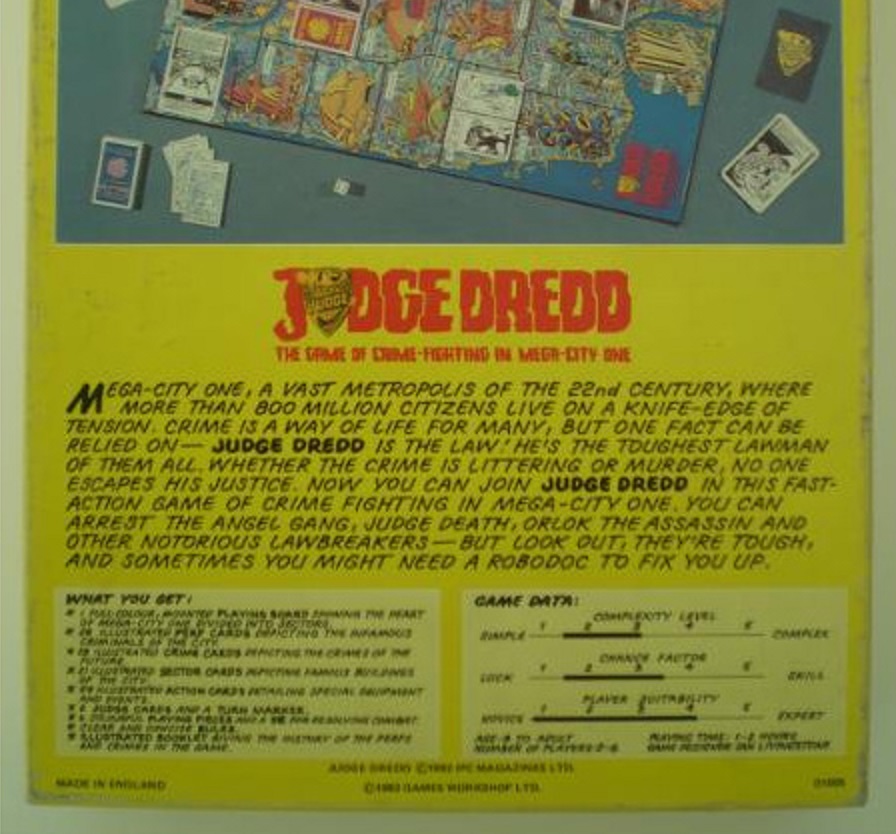 Almost but not quite.

“CROP FROM A HIGHER QUALITY IMAGE”

Was that too drawn out of a reveal? I can never tell.

That’s right! The Judge Dredd board game is published by none other than Games Workshop; the company which brought us such great hits as Railway Rivals and Oi! Dat’s My Leg! 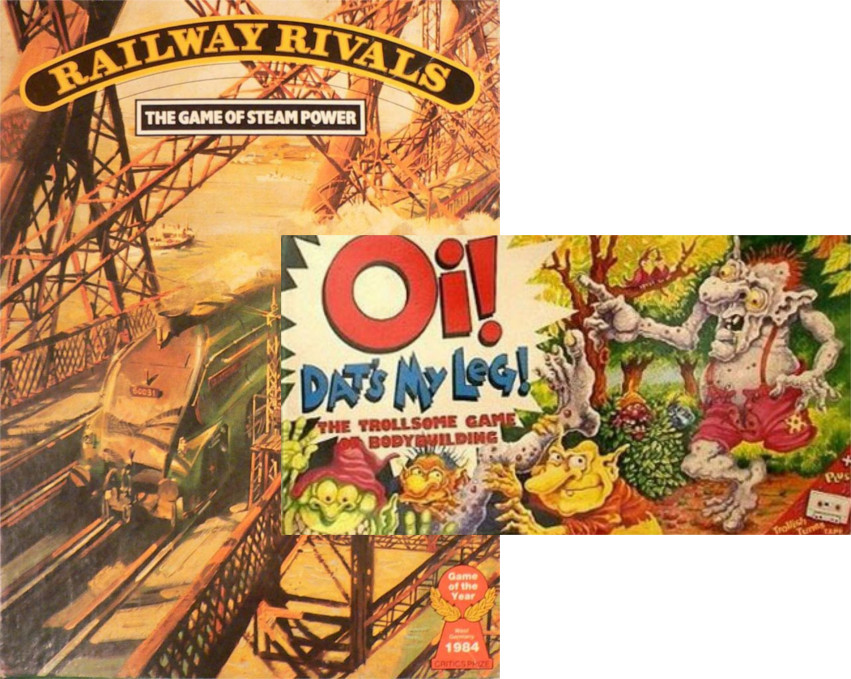 They’ve probably made other games too, but I’ve never heard of any of them.

Obviously, these games are classics and receive high praise anytime anyone has a Best Tabletop Games ever list. I mean, I don’t have to tell you that Railway Rivals won Game of the Year in 1984. That’s basic stuff.

… …Okay, now that we’ve all either had a good collective chuckle, or a bitter and condescending “Ugh, true fans already know about Games Workshop’s early work.” lets move on to how the game plays.

The game plays on a pretty large board. There have been multiple printings either with two separate pieces or with piece that jigsaw together. Either way, the board is an overhead view of Mega-City One with a number of various sectors each with a prominent location within granting the sector’s namesake. 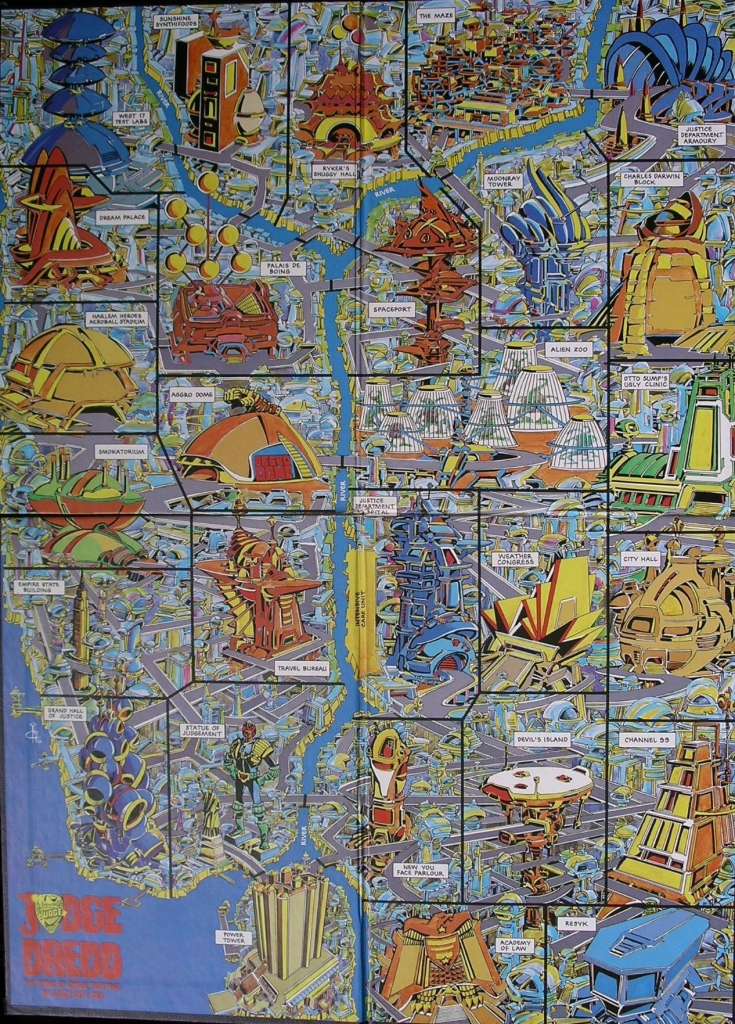 The art style on the board and cards is fantastic and super reminiscent of the comic style itself. Which makes sense in that this game was produced 13 years prior to the Stallone film.

As you’d expect, each player plays as a Judge. The game completely captures their iconic look: slightly chubby in colored latex body suits with limited amounts of detail and trusty derringer pistol at the ready.  Really, the miniatures that come with the game are probably the truest to form of any minis I’ve seen. 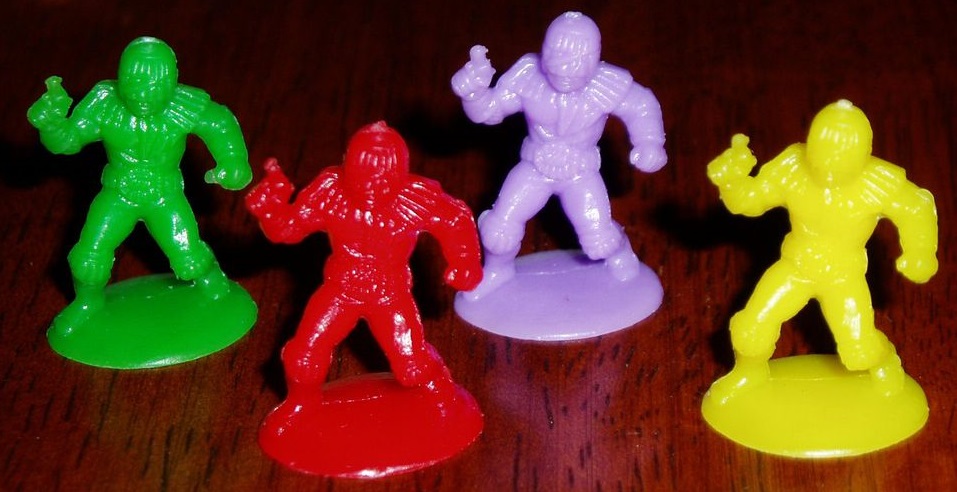 Or am I thinking of the teletubbies? No, they didn’t have guns, I don’t think…

On each turn, players move around the board solving crimes. And by “solving”, I mean “murdering” and by “crimes”, I mean “basically everyone”. 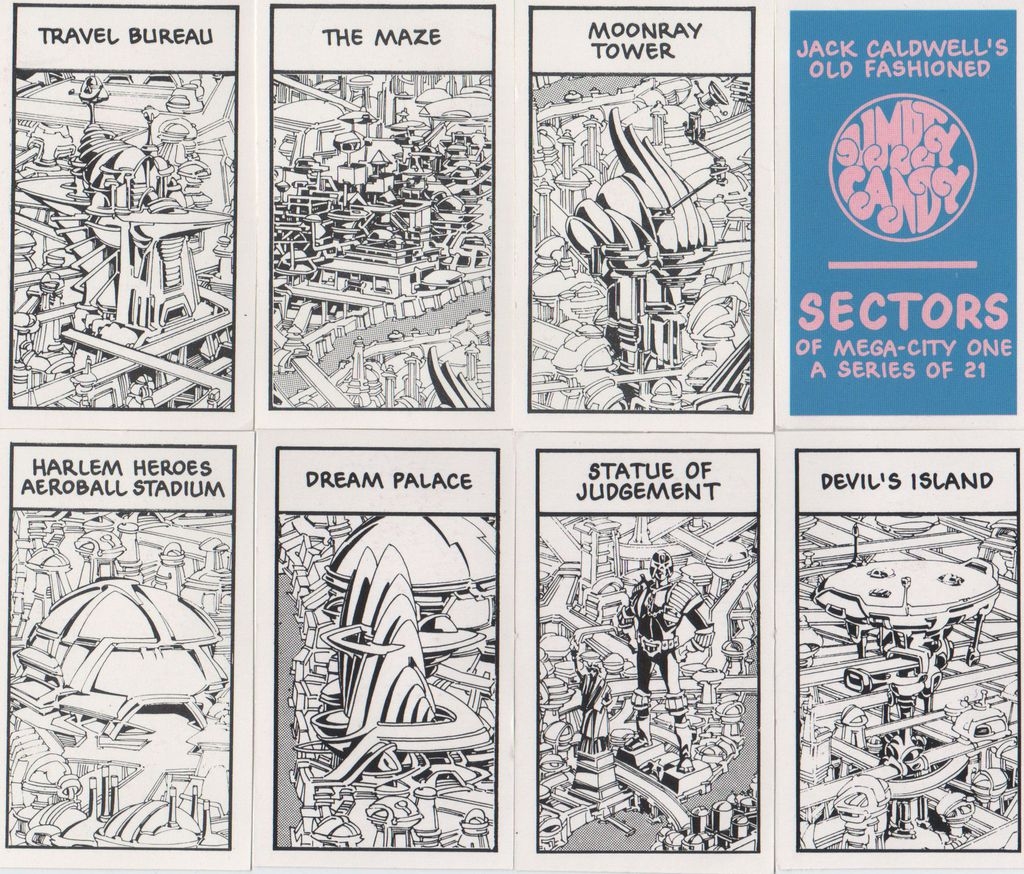 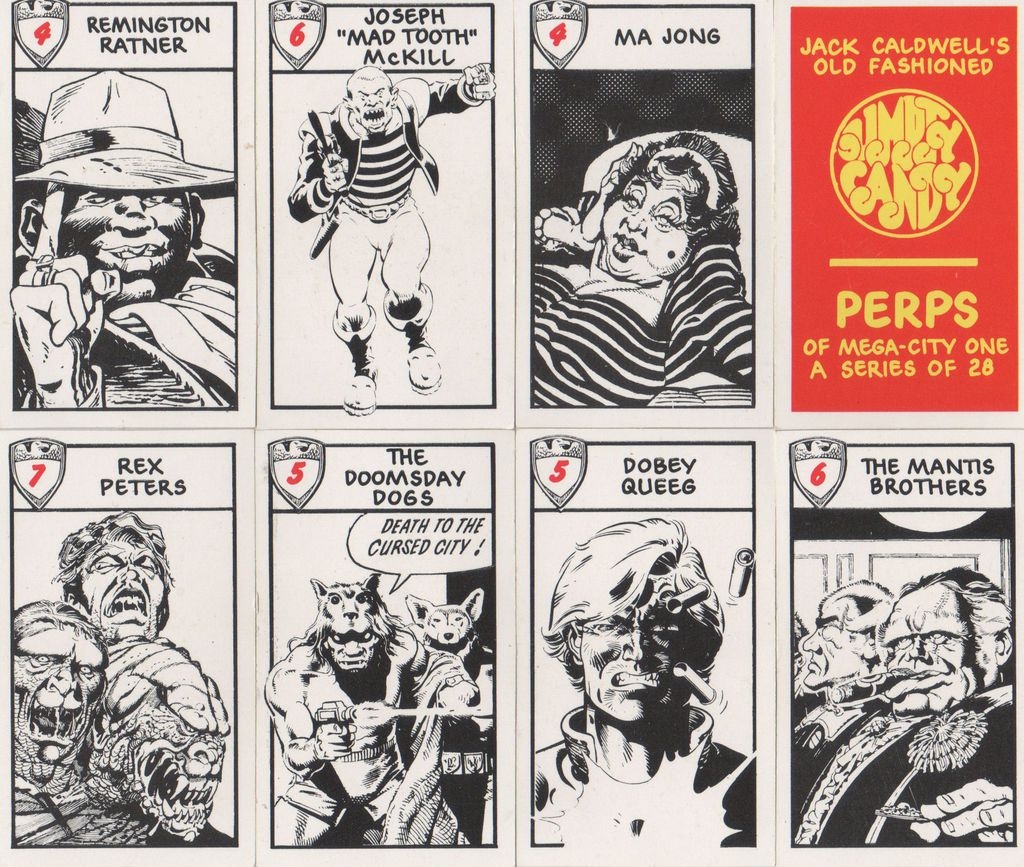 And then draw a Crime card face up so everyone can help you figure out what the heck Stookie Glanding could possibly mean. 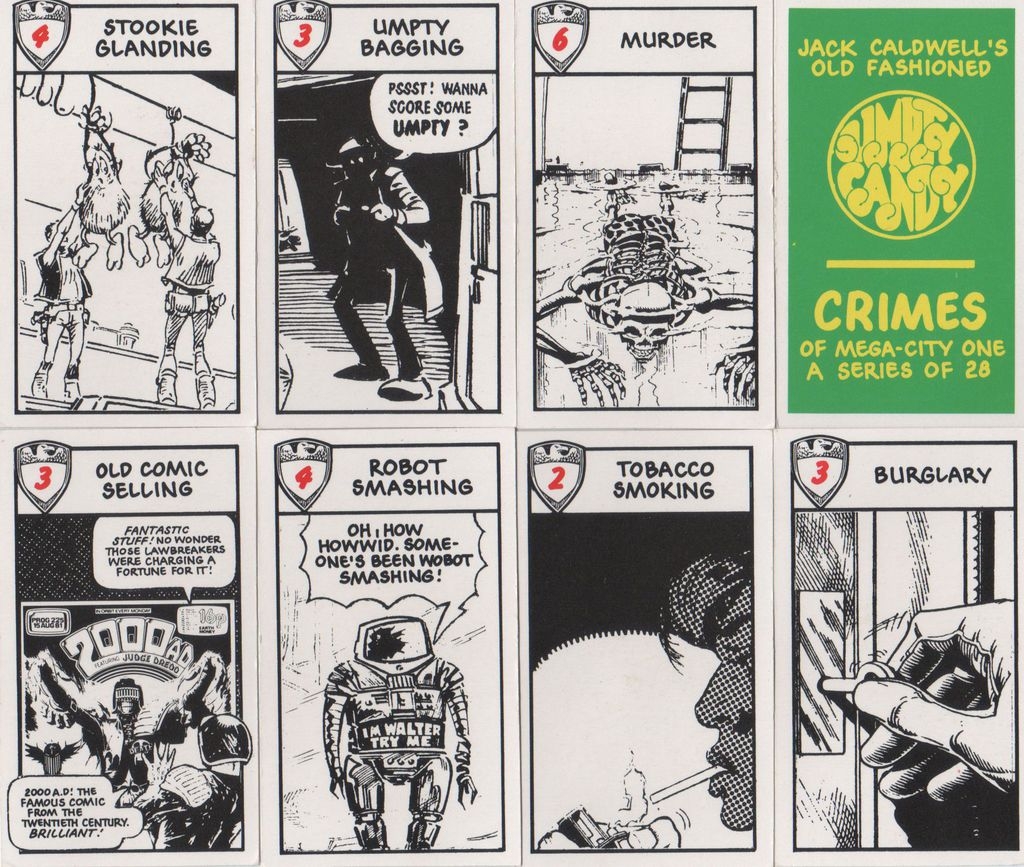 I know Stookies have a gland which helps halt aging in humans.
If anyone calls me out on this joke in the comments, I’m going to respond with a screencap of this caption.

However, players also have Action cards which can be used to aid in combat, as well as in other areas. Each card can be used in two different ways, which actually adds a nice amount of decision making to using the cards. 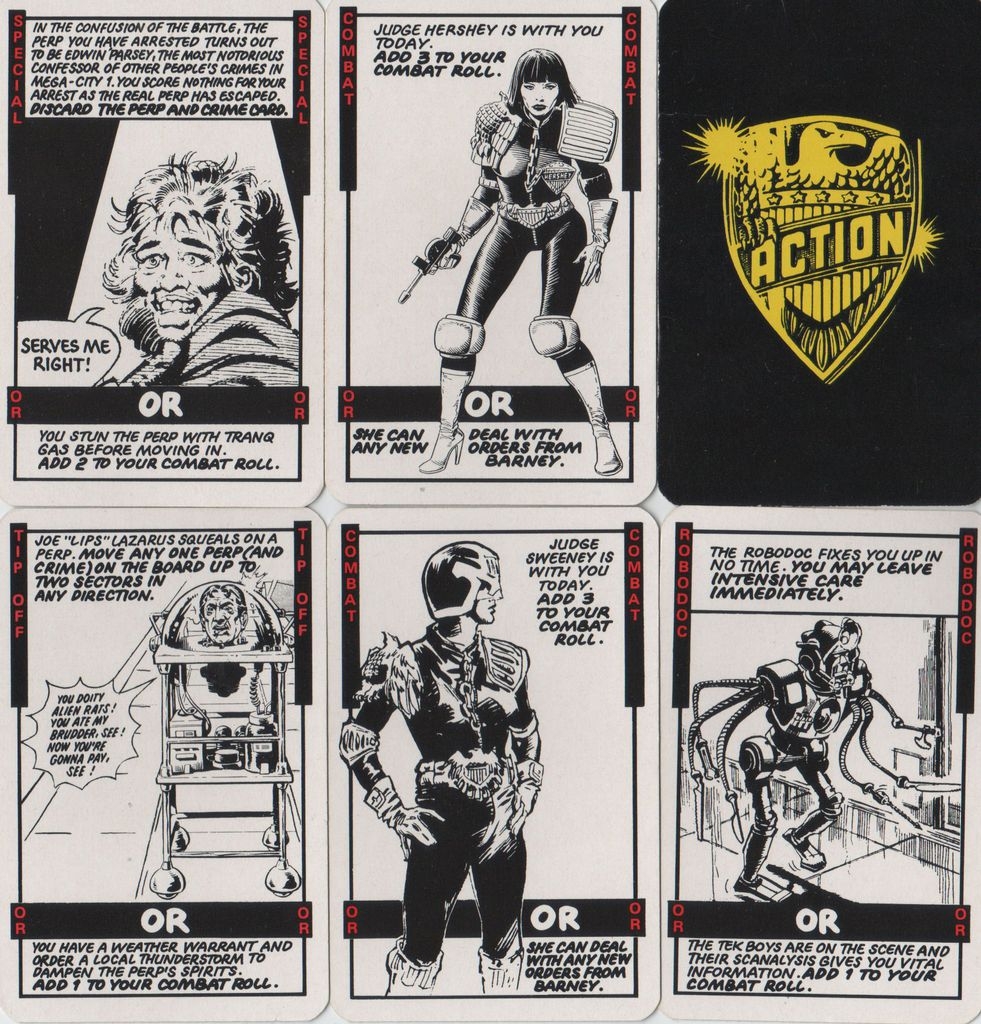 Once all the crimes have been stopped, peace returns to Mega-City 1 and the Street Judge system is disbanded. Also, whichever Judge collected the highest total of points from their Perp and Crime cards wins the game.

Overall, Judge Dredd is a pretty decent game. Nothing mind-blowing, but for the 80’s, it’s pretty good. Let us not forget, this is the same year that Stuff Yur Face came out. So it could have been worse. 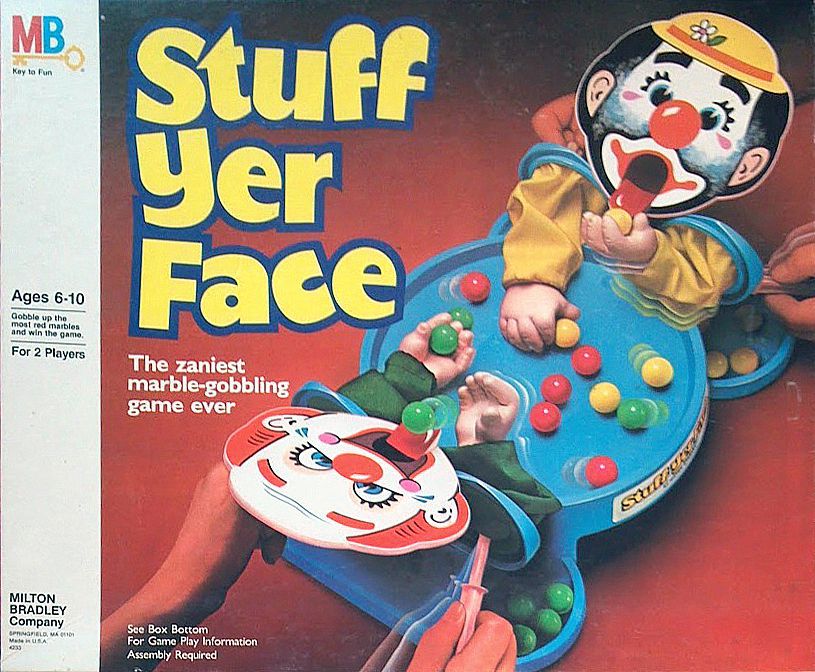 Somehow an even worse and more creepy version of Hungry, Hungry Hippos

It’s the theme that’s going to make this a hit with fans. Otherwise, probably not so much. But, if you’re a fan of Judge Dredd, I’d recommend checking it out. It’s on eBay and not too expensive for a decent retro game.