RPG: Overlight Is A Colorful Epic RPG Now On Kickstarter 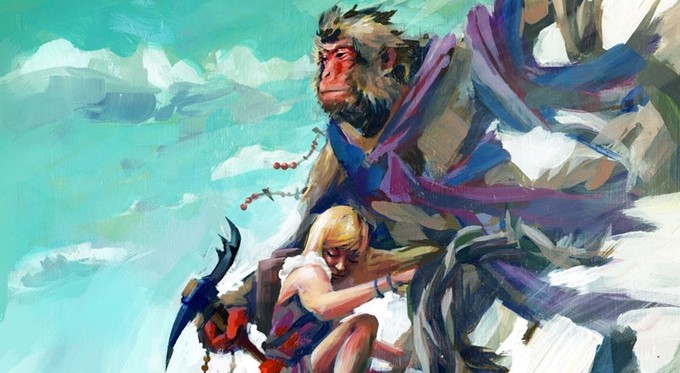 Overlight is an RPG full of vibrant color and mythological influences. Set in a shattered world, where continent-sized “shards” of land hang suspended in space in a world that’s been “unmade” your heroes are able to channel the power of the mystical, life-giving Overlight.

I’ve been following this game for a while now. Overlight is a kaleidoscopic blend of action and mythology. It wears its influences fairly heavily, including a fair bit of mythology that doesn’t crop up too often in most RPGs. You can see the influence of various Asian mythologies woven in amid the colorful world of Overlight, right alongside with other more traditional influences. 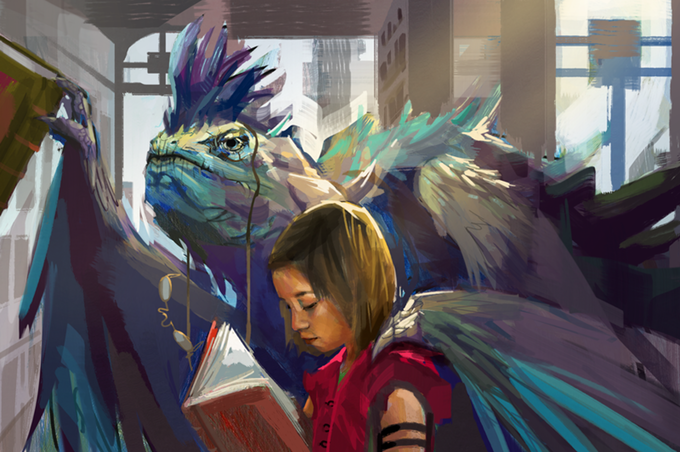 The game itself is a “build a dice pool and roll it” system with skills and attributes allowing you to use different numbers and kinds of polyhedrons to make your character shine. Heroes wield the power of the Overlight, manifesting it as something called a Chroma, which lets you do all kinds of cool magic/miraculous things. It’s a little higher-powered on the scale of things, but if you’re looking for a game that fills that Godborn or Exalted niche, this might be a good jumping off point for you.

Since the beginning of time, a race of serpentine, celestial beings have been the caretakers and observers of the cosmos. At some point in Earth’s past, probably around 1,000 B.C.E., a small contingent of these celestials argued that humanity was ready to learn the secrets behind the making of the world. That the Homo sapiens species had achieved such a level of cultural growth and spiritual awareness that they deserved to be shown all the wonders of the universe, to be given the literal Keys of Creation.

This small group of celestials was overruled by the will of the majority. Humankind was not yet ready. Defying this judgment, one individual fled to Earth with the Keys, and gifted them to humanity with one warning, “Do not use the Black Key”. Humanity did not listen. 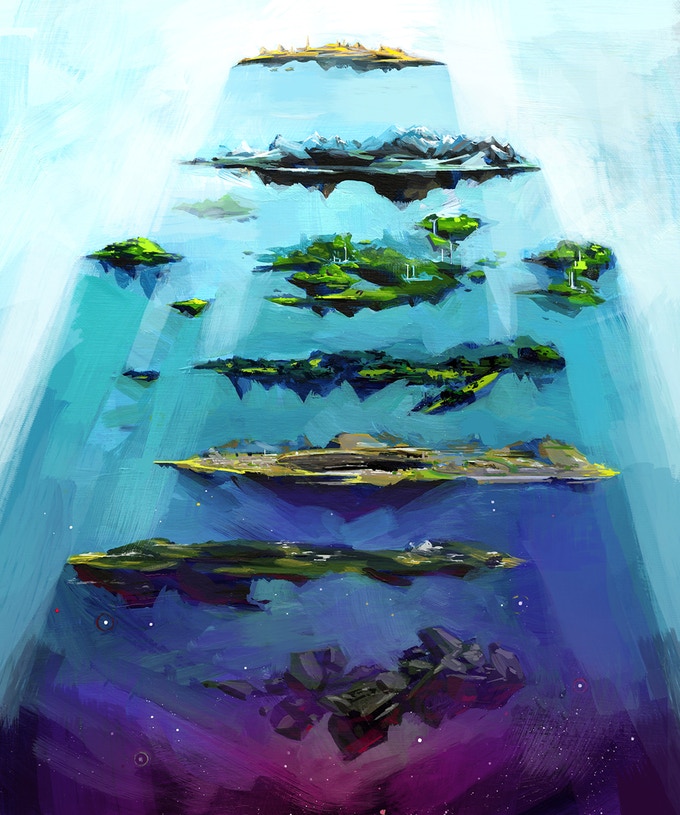 All of reality was turned inside out. The burning heart of the world was now the bright white, unending sky, and the unknowable depths of space now a vast star-filled sea beneath. Entire continents float in the space between, without a moon or sun to guide them.

Welcome to Overlight, a roleplaying game of kaleidoscopic fantasy among the shards of a broken world. It’s a world in which seven great continents hang in the sky, stacked almost vertically far above an unending sparkling sea. And shining down upon it all is a limitless light, emanating not from a great sun or moon, but from the sky itself: the hallowed Overlight.

The heroes of this world are called the Skyborn. These individuals are born to disparate folk and cultures the world over, and who on some deep genetic or spiritual level are driven to make the world a better place, knowing in their hearts that things are not as they should be. The Skyborn are able to consciously manipulate the Overlight, fracturing it into seven distinct colors and using it to power remarkable abilities called Chroma. 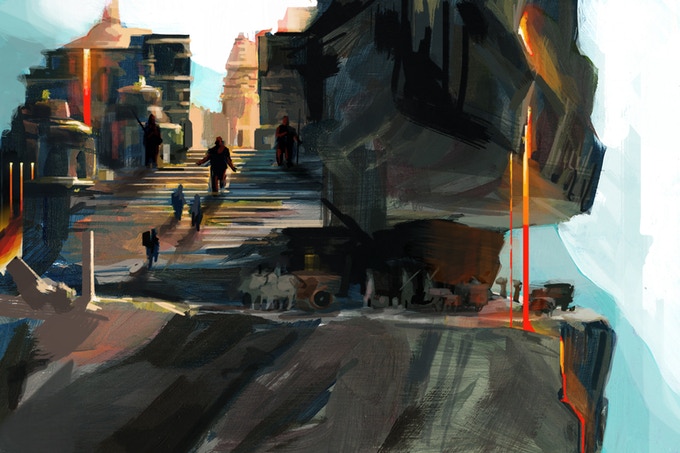 While this game system is an RPG, this is just the beginning. This backbone can be used in future games and allow players to dive into this world through different entry points. While this book will cover the game mechanics to run this as an RPG, it can also be viewed as a source book for games to come.

Want to find out more information about the game? Check out the free downloads page where you can find a preview of the table of contents, a character sheet, and the game mechanics chapter. Get a sense of the system and the things your heroes can do.