Fantasy Flight Games announced a a brand new edition of Star Wars: X-Wing and we’ve got a look at all the cards inside the name sake of the game. Come see the new and improved T-65 X-Wing!

Yesterday, FFG announced the next edition of X-Wing would be coming to tabletops around the world. The game is still a few months away from actual release but we learned during the live stream that it will be first available at GenCon this year and would be out in retail after that.

We had our own writer on the floor and she got her hands on one of the new expansion packs for none other than the T-65 X-Wing. Let’s take a look at the contents: 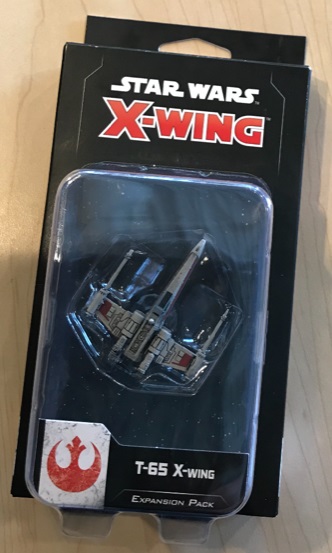 The box itself is all new – with black packaging, a new ship paint job and movable wings, and all the upgrade cards it’s going to be something new and old players will want to pickup. 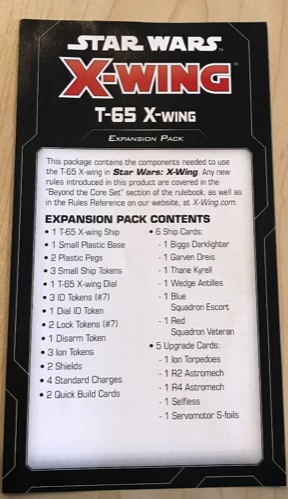 Inside the box we see we are getting a TON of new stuff including 6 pilot cards and 5 upgrade cards, as well as all the tokens/ship bases/etc. we’ll need to fly this ship. 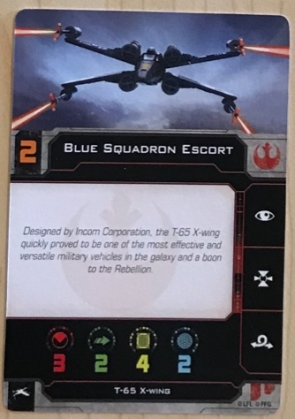 If you’ll notice, the “pilot skill” has been replaced with the new “initiative” number. Pilots range from initiative 1 to 6. This “condensed piloting skill” has allowed players more options for ship activation and has made the number less reflective of the pilots actual skill and more about their natural reaction and speed. 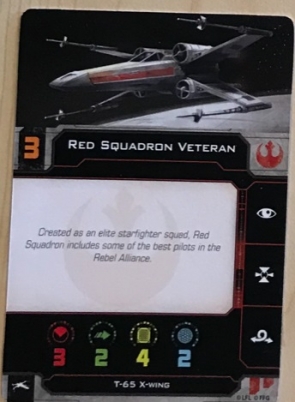 Also note that the X-Wing’s stat’s have shifted a bit. The Developers noted that they re-balanced ships hull and shields so that Crits would matter more. Also note there are NO points on the cards. 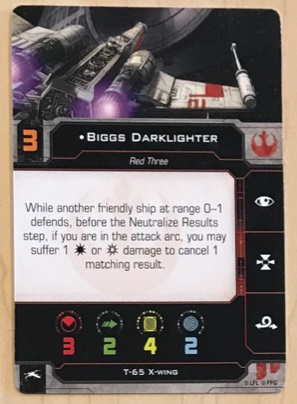 The layout of the ship cards changed slight as you can see with the action bar moving to the side. The Rebels also have a new theme of helping out the ships around them. It’s a much stronger concept in the new edition.

Biggs Darklighter was a HUGE part of the meta. His ability has shifted so he is still “Tanky” but it’s less about controlling who your opponent can shoot and more about aiding friendly nearby. 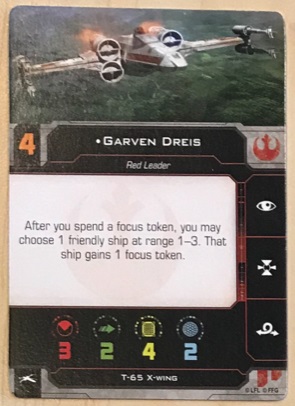 Garven Dreis’ ability allows you to pass-off a spend focus token which reflects that idea of helping out friends. 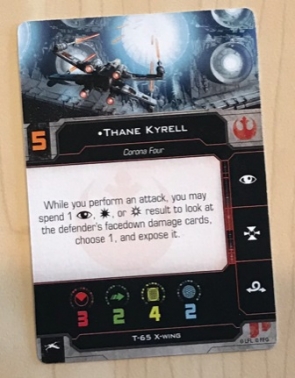 Thane Kyrell allows you to go on the offensive – plus he clocks in at initiative 5 which is the same speed as Luke Skywalker. 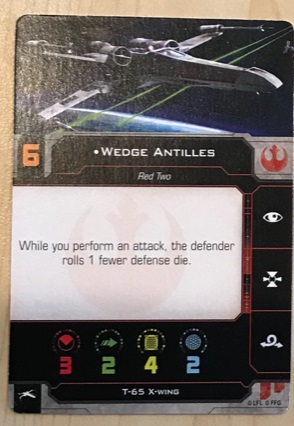 And finally we have a look at Wedge Antilles, the Red Ace of the Rebellion. His ability really plays up the idea of going on the offensive. Wedge is just as deadly as ever! 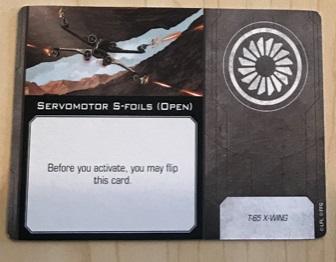 S-Foils are a double-sided card. They are a new type of upgrade as well. When they “closed” they give you the option to boost at the cost of 1 attack die. 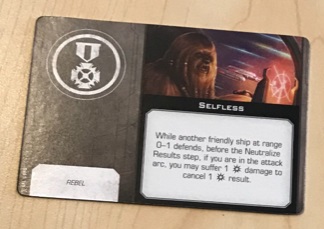 Selfless is another ability that plays up to the theme of the Rebels – helping your fellow pilots out. 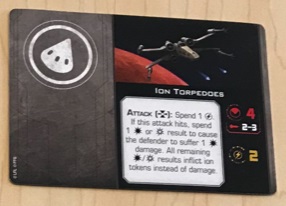 Ion Torpedoes now have 2 charges (meaning you can fire them twice in a game vs just once). The Ion ability itself has also changed as well. Ion attacks do damage first and any extra damage converts into Ion Tokens. 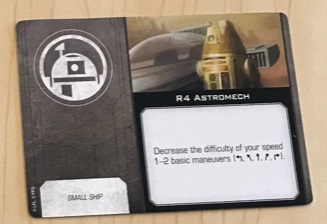 R4 now changes the difficulty of your basic speed 1-2 maneuvers from what every they currently are to 1 difficulty easier. That means Reds become White, and White becomes Blue. (Blue is the new Green to help those color blind folks out there.) 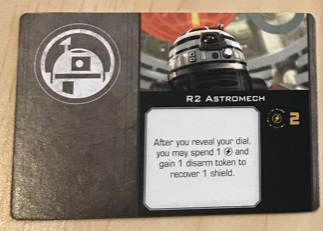 R2 Astromechs allow you to sacrifice your attack to recover a shield. 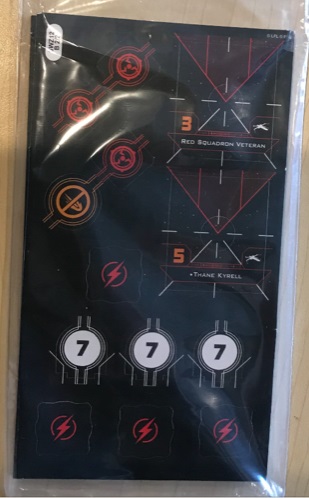 You can see the ship’s bases in the above pack. Note the extra lines and rear arc is also labelled. The tokens are all front and back sided as well. 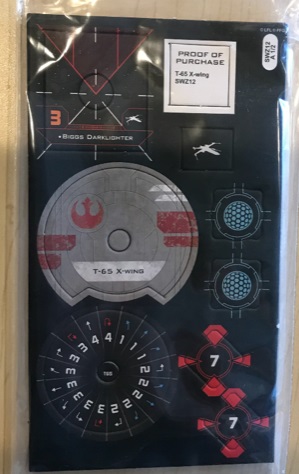 Here’s a look at the new dial. The bottom part is the exposed part now and the top has an arrow to delinate the chosen maneuver. This is new and the opposite of how it was before…it will mess with you the first few times but you’ll get used to it. It’s also much easier to read the dial – like the plastic upgrade dials were. Also – see any new maneuvers for the T-65?

If you want to hear more about the changes you can watch our Developer Interview video:

Author: Adam Harrison
Writer, Editor, Texas Native, and Austinite for 15+ years, Adam covers all things Tabletop Gaming. Which includes Warhammer 40,000, Age of Sigmar, D&D, Board Games and everything else that involves dice, boards, cards and a table. A hobbyist, player, and collector of miniatures and games, Adam's current obsession are his Death Armies for Age of Sigmar, his Blood Angels and Tyranids for 40k, and his ever growing Arkham Horror: The Card Game Collection.
Advertisement
FFG - Fantasy Flight Games Miniatures Rules Star Wars Tabletop News Videos
Advertisement