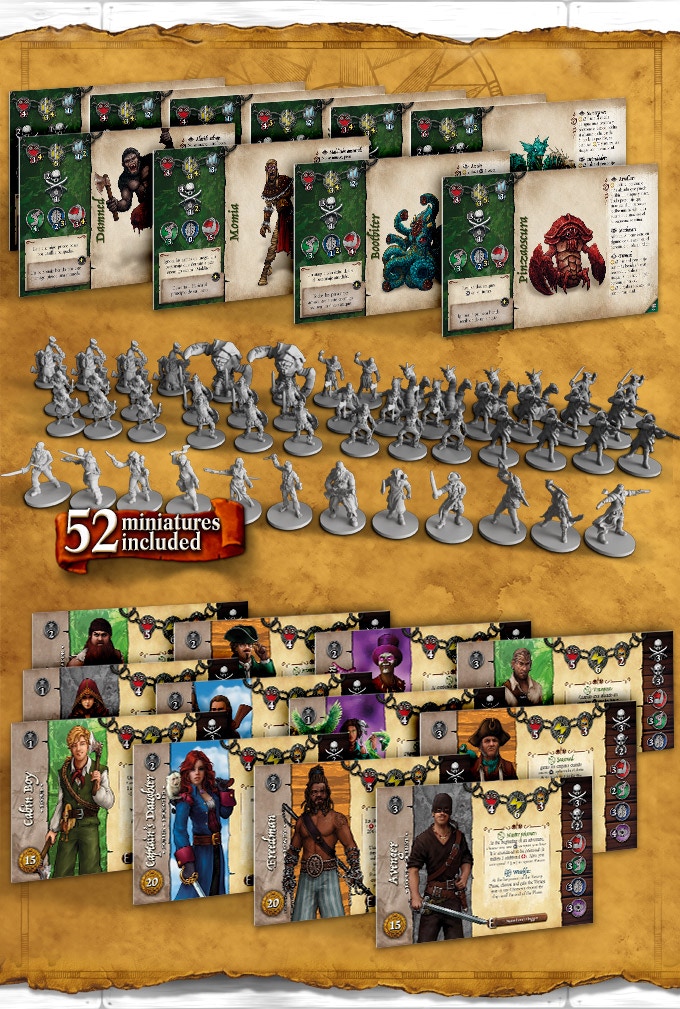 Skull Tales is a pirate adventure board game for up to five players. Everyone chooses a crewman from the 12 starting pirates and embark on a swashbuckling adventure across the Caribbean. The game is designed with campaigns in mind, and each chapter is divided into three parts. Players start by steering their ship across a hex-based board littered with islands, enemy vessels, sea monsters, and other dangers. Once they’ve reached their objective, Skull Tales becomes a miniature-driven dungeon crawler, where everyone explores an uncharted island in search of booty and ancient artifacts. Finally, the crew returns to port and can spend their ill-gotten doubloons on new weapons and upgrades before accepting new jobs and setting sail yet again. You can buy the complete game, including all unlocked stretch goals, for $106. 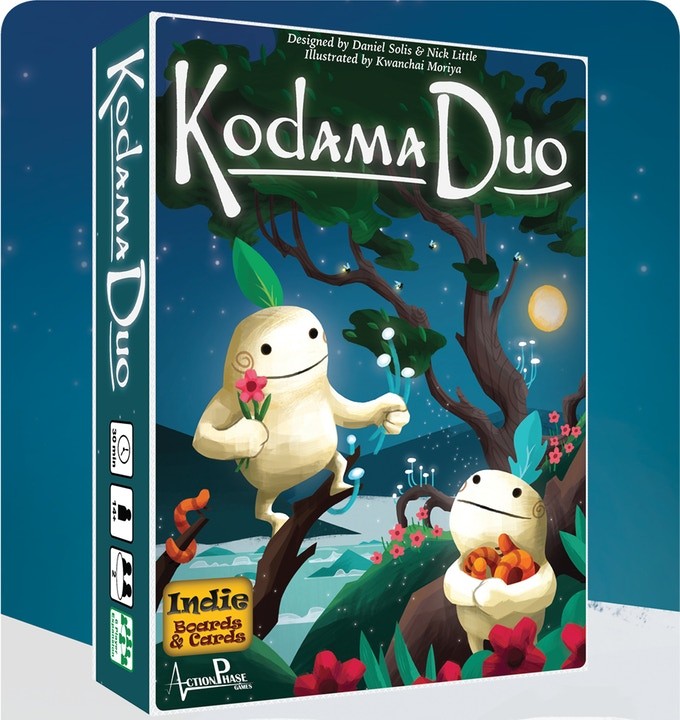 Kodama Duo is a standalone, two-player version of Action Phase’s relaxing card game of Japanese tree spirits. Duo streamlines the core gameplay to accommodate the reduced player count, but also introduces a few new mechanics. Players will collect spirit tokens when they discard cards, which gives them new ways of scoring as they build their tree. Kodama Duo also acts as a sixth player expansion for the base game. You can purchase Kodama Duo for $19, or pick up a bundle that includes the original game, Kodama: The Tree Spirits, for $34.

The Grim Butchers is a new Chaos Dwarf fantasy football team by Goblin Guild. The team consists of 15 28mm miniatures in your choice of metal or resin, and includes a mix of Chaos Dwarves, Hobgoblins, Bull Centaurs, and a Lammasu. Stretch goals and add-ons introduce additional sculpts and star players. You can buy the full team for €70/$84. 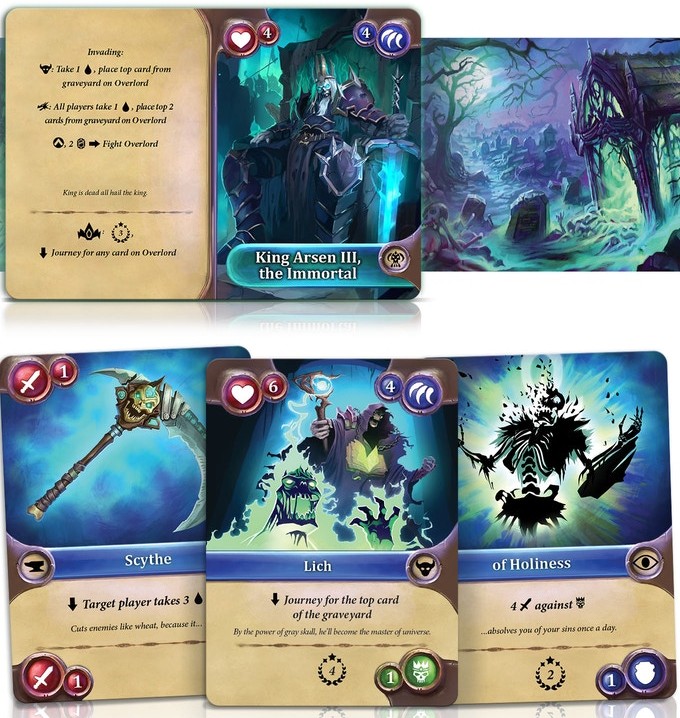 Overlords is the next standalone expansion in the Enchanters series of card-drafting adventure games. Players defend their village from hordes of monsters by drafting and combining magical weapons and enchanted artifacts. Every slain monster becomes a trophy that increases the player’s power and fame. The main new feature in this expansion are the titular Overlords, powerful bosses that inflict penalties when players lose a battle, but can be slain for extremely useful trophies. Overlords also adds a new Wound Deck that gives players an injury every time they suffer 10 wounds. Pledges start at $30.

The Forbidden City by Game Brewer 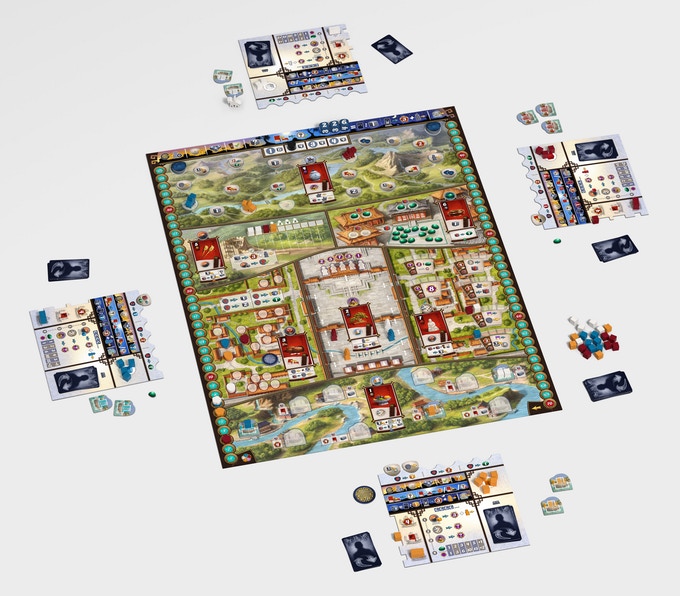 Finally we come to The Forbidden City, a Euro-style worker placement strategy game for five players. The game is set in 16th century China, after the new Emperor has inherited a corrupt and dysfunctional Ming Dynasty. The Emperor enacts harsh new penalties on government officials suspected of taking bribes, and to circumvent this, advisors begin exchanging “gifts” to earn favors and political power. Each player controls one such official on their quest to become one of the highest ranking members of the Imperial court. Players will send their servants across China gathering resources, collecting taxes, exchanging gifts, and acquiring political influence before being granted an audience with the Emperor to see if they are worthy of promotion. You can get the limited Deluxe version of The Forbidden City for €55/$66.

RETRO: 'Dune' Board Game Shows Us How Player Abilities Should Be 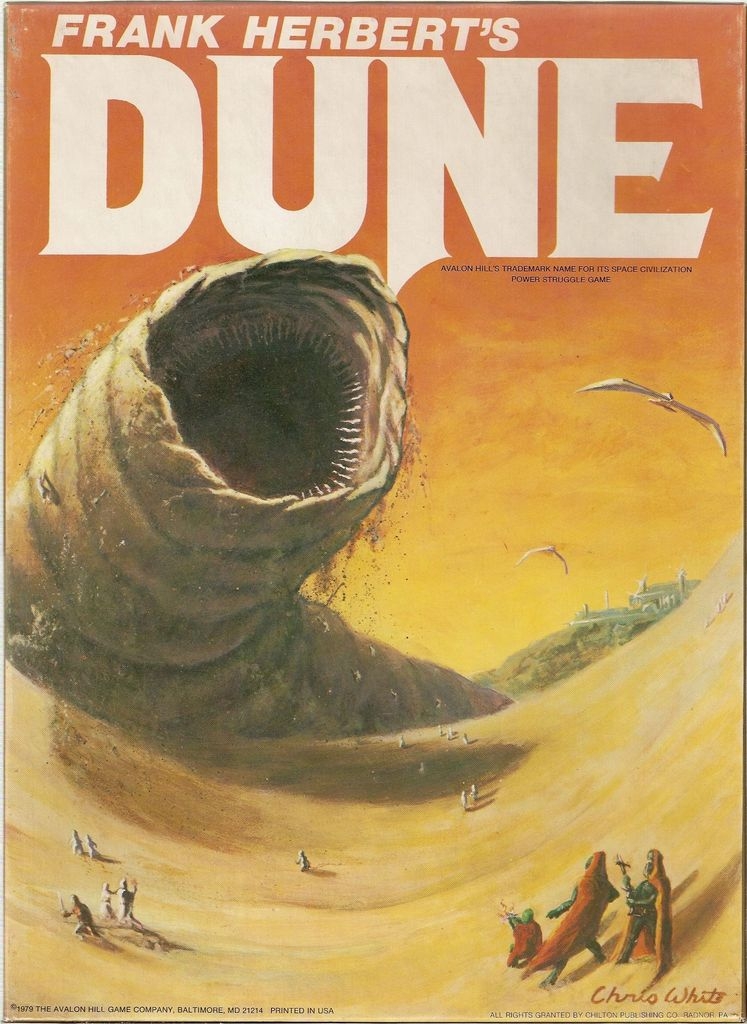