Check out this week’s hottest board games and take a detailed look at Thunderstone Quest.

Thunderstone Quest making a huge jump to the top spot after being in 8th last week. Unsurprisingly, Gloomhaven is still hanging out in 3rd, where it has been for several weeks. Cthulhu: Death May Die, which we featured last week, has dropped off some.

As a big fan of the Choose Your Own Adventure type books (I highly recommend the Lone Wolf which adds roleplay elements), I think today we will focus on Thunderstone Quest. 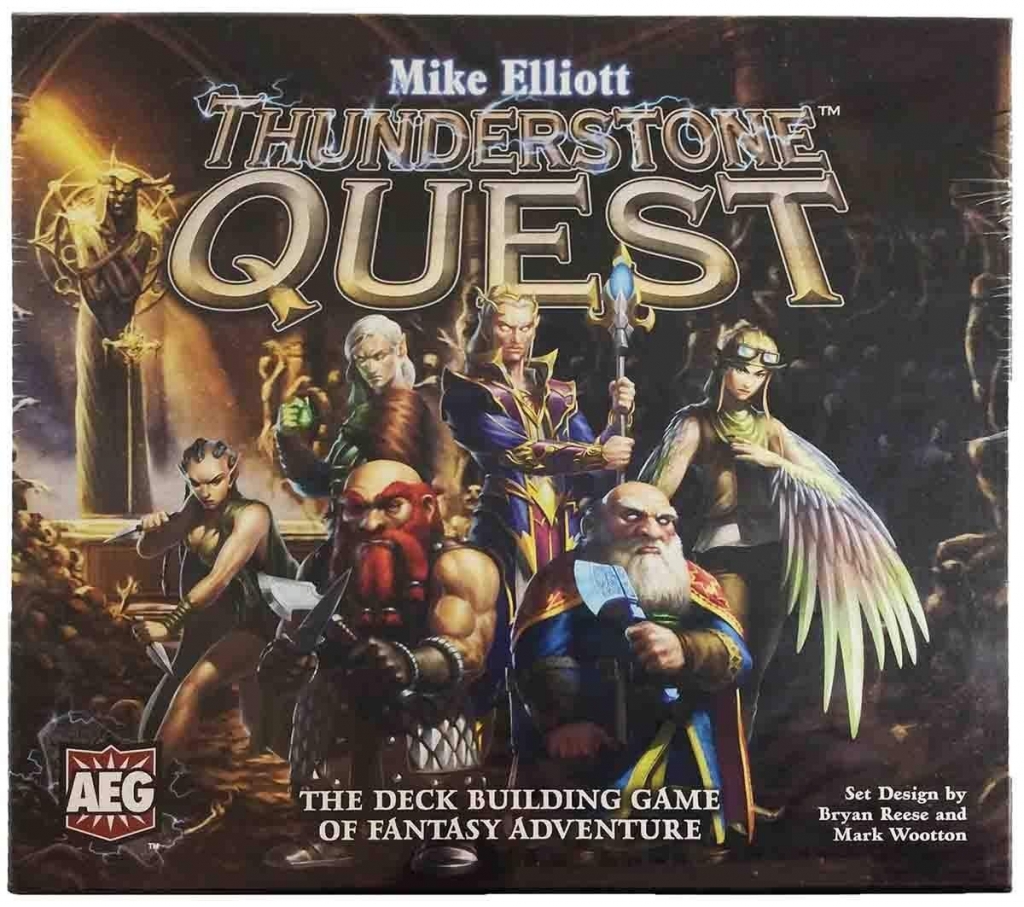 Thunderstone is a competitive deck builder game set in the world of the Thunderstone series of games.

If you’ve played one of the many Thunderstone games before, a lot of the game mechanics will look familiar. Each player begins the game with a standard deck of 12 cards and over the course of the game will purchase new cards to improve their deck. Additionally, though this time around players will also gain a Guild card and a Side Quest card which will grant them bonuses and new objectives to complete. 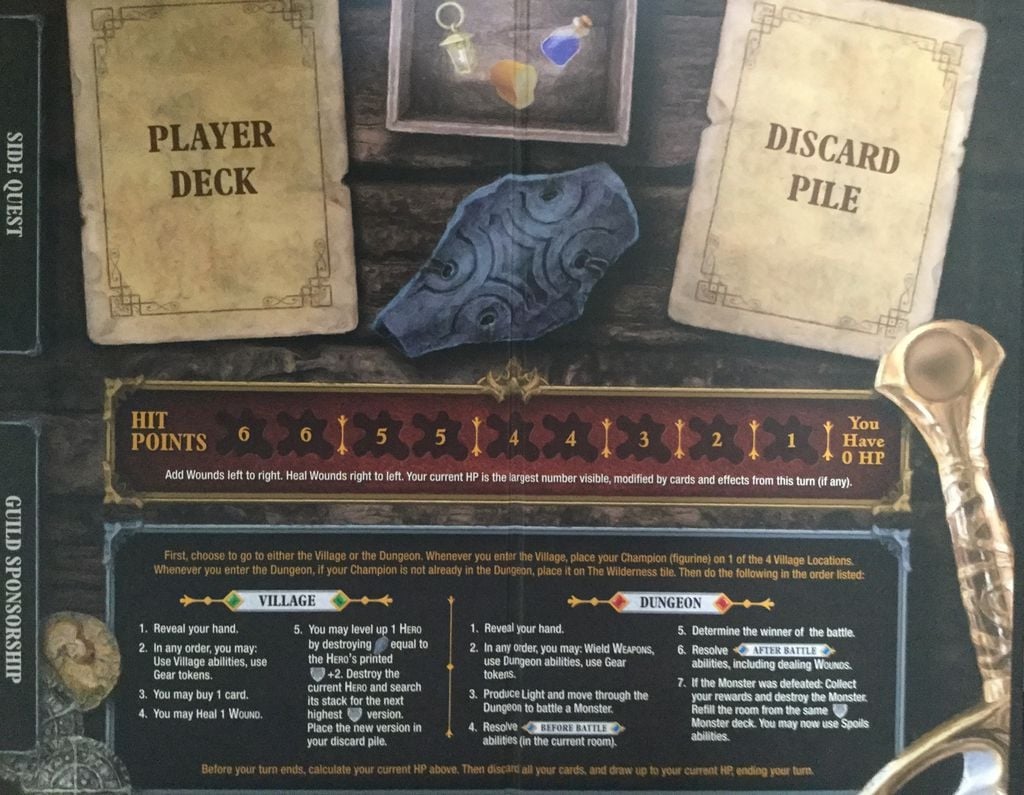 On each turn, the players rest in the village or delve deep into the dungeon. So far, so good. Nothing too wild here, but this is where Thunderstone Quest really separates itself from the pack.

Within the village, players can visit multiple locations for different effects: The Bazaar, Guilds’ Quarter, Temple, the Shop of Arcane Wonders, and the Marketplace. The Bazaar allows the players to purchase loot tokens, which can be used in the dungeon for small bonuses. The Guilds’ Quarter allows upgrading heroes, the Temple quickens healing, the Shop of Arcane Wonders sells powerful treasures and the Marketplace sells more standard cards to improve your deck. 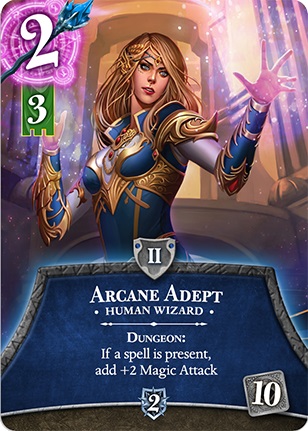 But the Dungeon is what drives the game. When going to the Dungeon, players begin in The Wilderness, just outside. Players can progress through the dungeon as they please, moving from room to room defeating the monsters there. However, each room has an icon indicating how much light the player must generate to enter into that room. Adventurers must be careful, though. As they accrue more wounds, they will draw fewer and fewer cards into their hand. Making reaching the furthest depths of the dungeon impossible for none but the most hardy warriors!

Throughout the dungeon deck, player will reveal colored keys. Once all of these keys are found, the boss monster is revealed. Once defeated, players count up their experience and victory points from the cards in their deck to determine the winner!

In Thunderstone Quest players assemble a party of adventurers and venture into the Dungeon where they’ll confront and defeat monsters to gain treasure and experience. They’ll find mysterious keys that unlock The Guardian and when the Guardian appears they’ll try to inflict as much damage as possible and win the game!