On the other hand, being in the Arena does mean that everyone has a chance to take them out as well. These CEOs will have to step lively if they want to stay in the top 1% of contestants. 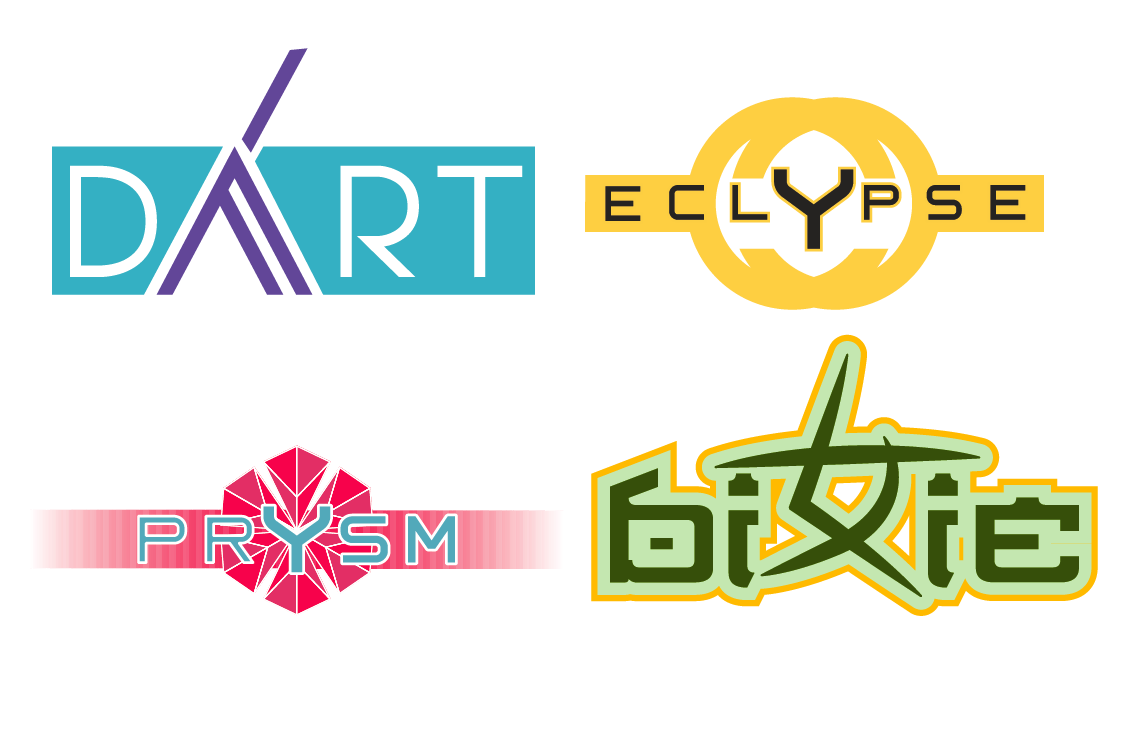 The Human Fate (HF) expansion will increase the amount of options and interactions in your games with four new characters, each one of them with a brand new style of play and remarkable skills that will amaze all players.

The theme of this new expansion is the massive hypercorps of the Human Sphere, and their hunger for profit and power. They have found this in Aristeia! and they have found this sport to be the best way to showcase and promote their products.

Four aristos arrive to fiercely dispute the throne in the HexaDome. A rich heiress thirsty for blood, a high-performance athlete, an enigmatic competitor, and a national icon that has come to rewrite the history of Aristeia!

There are four new players in this expansion: Dart, Eclypse, Prysm, and Bixie. Dart is a thrillseeking heiress who can’t get enough adrenaline, so in search of the thrills that running a hypercorporation (Aura Biochemicals) can’t provide anymore–guess she’s hunted down enough poor people on a secret island, like all rich people do–she’s entered the Aristeia arena. 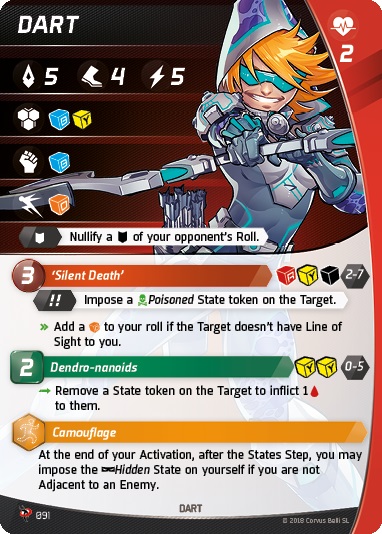 Prysm represents the insane sort of obsession that drives one to acquire wealth, only here–since she’s already an Aristo sponsored by the Ypsilon Hypercorp, she’s turned this obsession towards training her whole body. Every cell of it. Demonstrating the benefits of access to resources limited to those willing to exploit the working class for personal gain, Prysm is one of the tankiest fighters in the HexaDome. 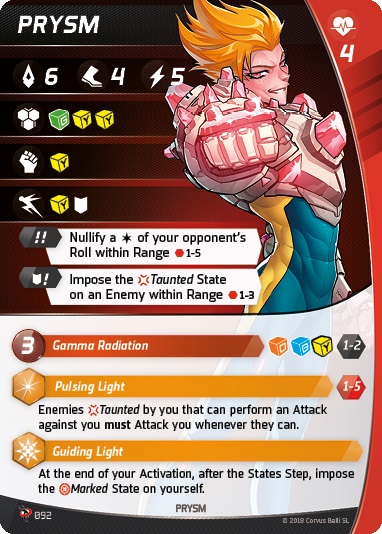 In addition to this, Prysm brings a new State: Marked.

Then there’s the enigma that is Eclypse. She’s sponsored by Baily Corp, but only just. In the fights she’s only loyal to one person–Eclypse–and has proven willing to kill anyone who gets in the way of her mysterious goals. 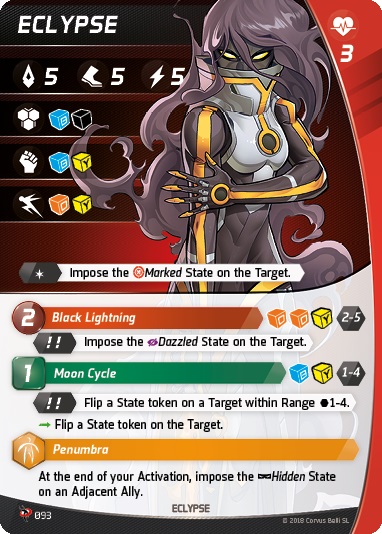 On the board, Eclypse works with the counters from her rivals and includes two new states: Marked and Hidden.

Finally there’s Bixie, champion of Yu Jing. Loyal to the Dágang company, Bixie is driven to prove that she far surpasses everyone else. Using her vast fortune to try and prove her–and by extension Yu Jing’s–superiority, you get the feeling that maybe Bixie is tangled up in some kind of Chess the Musical style drama. 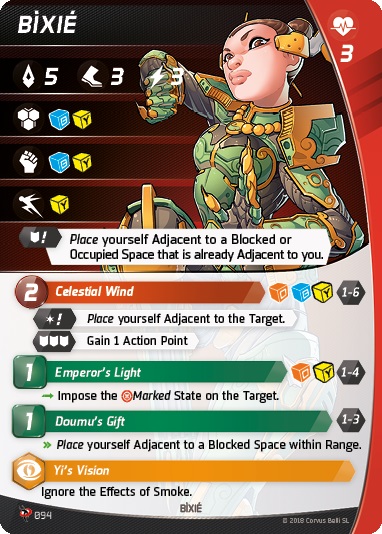 For the first time, we introduce a character with fewer Energy points (3). In addition, she brings the Marked Status.
With this new expansion, two new states are added to the game:

One of the existing rules of the game is also updated:

Poisoned. Poisoned state tokens are removed immediately after resolving their effect by showing their blue face.

The updated rules can already be found on the wiki.

This is a very special expansion for Corvus Belli. Our marketing director, Belén Moreno, stated: “In our continued acknowledgment of women in gaming, we felt that it was imperative that we add more female aristos to the great game of Aristeia! We felt that these four new models represent the strength and charisma found in all of our players, and we are committed to continue exploring this path with future products”. 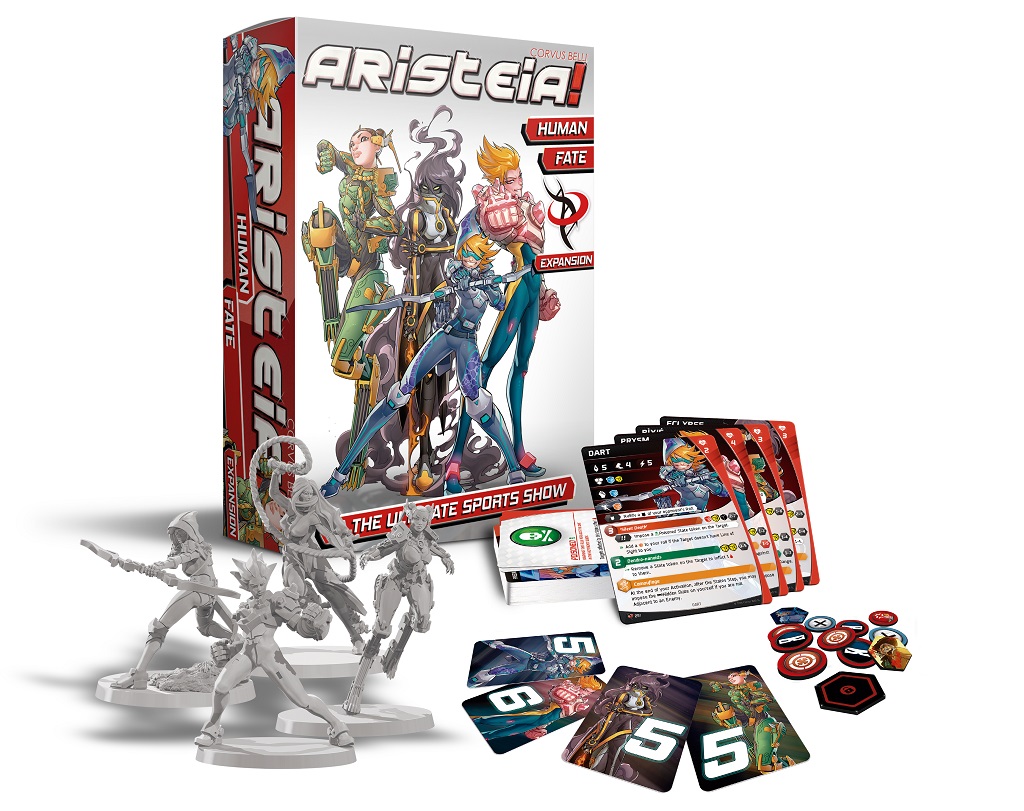 In addition to including the four pre-assembled high-quality plastic miniatures with the seal of Corvus Belli, a testament to quality. Each expansion of Aristeia! contains 4-character cards, 4 initiative cards, 16 tactical cards, 3 cards where the new rules are explained, and all the markers needed to play the expansion. A total of 96 cards are added in each box, as a copy of each card is incorporated in each of the game’s official languages: Spanish, English, German and French.

Who will you take control of in the HexaDome?