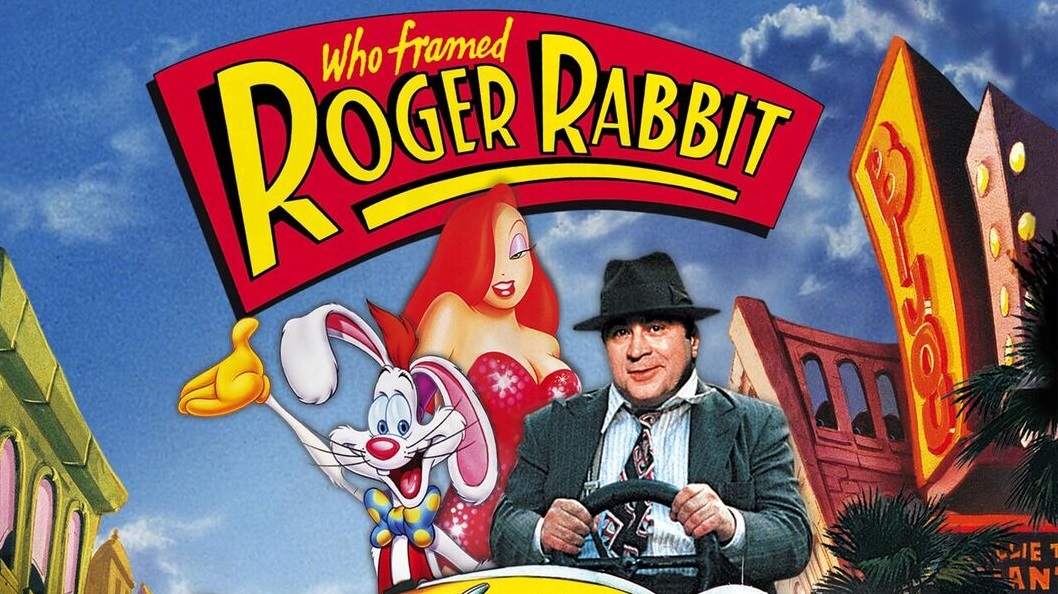 The game based on the movie follows suit in a lot of ways, but maybe not in the ways you’d expect. It rolls a lot of game mechanics into one generally fun experience.

Fairly decent spoilers for the movie ahead. You’ve been warned and given a confused and upset look for not having already seen this movie.

Who Framed Roger Rabbit is a utterly fantastic movie. The animation is great and the story and characters are classic. It’s so many different genres all in one; mystery, action, comedy and (if you were as traumatized by the Judge Doom reveal as I was) horror.

The Who Framed Roger Rabbit board game is similar. It’s several different genres of game rolled into one. It’s has elements of deduction, treasure hunting, and backstabbing. It’s not a bad game, but I think it maybe tried to be too many things all at once.

The game breaks down into 3 phases, and each place plays pretty differently.

Who Are You Calling A Chump, Chimp?

The first phase of the game is something reminiscent of Clue. At the start of each game, each player is given a secret role card: Roger Rabbit, Jessica Rabbit, Eddie Valiant or Dolores. 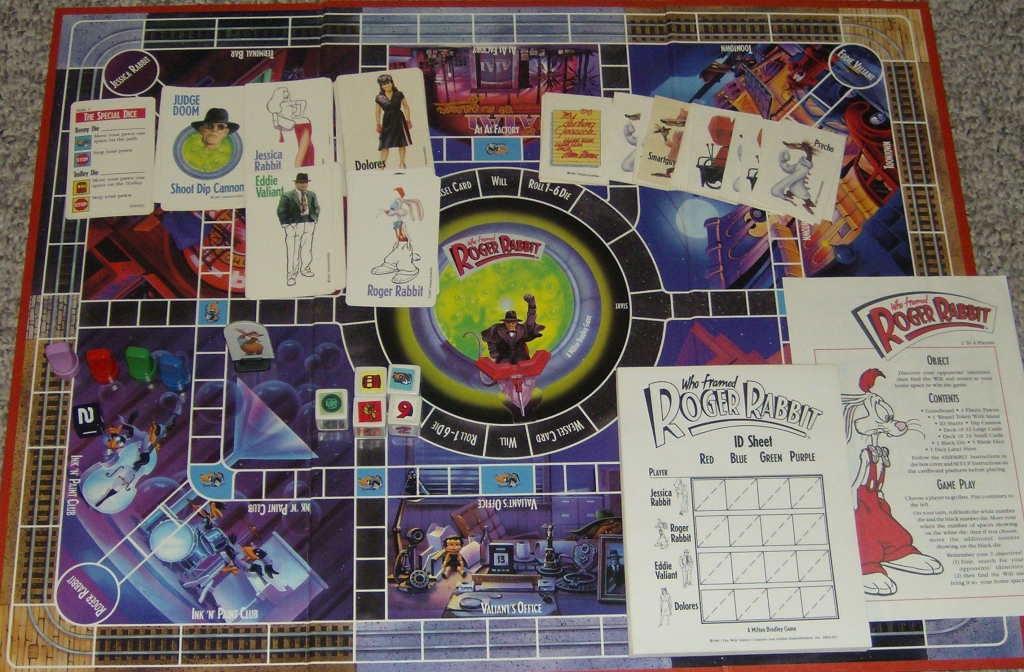 Players must figure out who each other player is before being able to move onto the second stage of the game. To do this, players move around the board sneaking peeks at character cards hidden around the board, which are only half colored. Using the provided ID Sheet, make note of which color you’ve found for that character. Once you’ve found both halves of the same character you can guess who they are.  Each correct guess allows a shot at finding the Will, which is part of stage 2.

How Do I Love Thee? Let Me Count The Ways

By moving into the inner circle of the board, the players can begin searching for the Will. With each attempt, the players check one of the Confidential cards until the Will is found. Other cards which can be found include Weasel cards and Judge Doom cards which will help in the 3rd phase of the game. But for now, it’s a wild goose chase to try and be the first to find the Will. 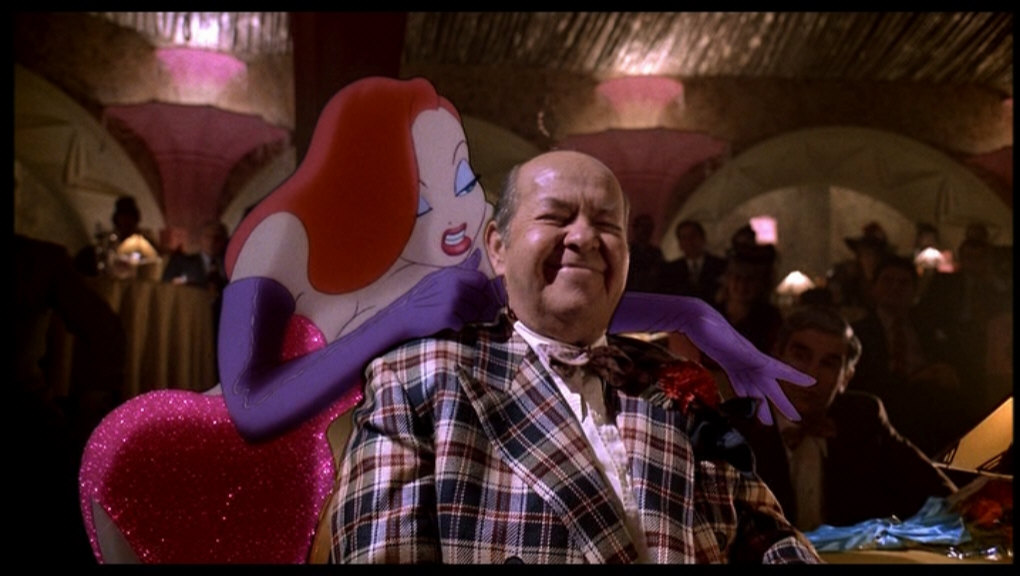 There’s No Road Past Toontown

Once the Will is found, it’s a race to escape. The player who found the Will makes a mad rush towards their starting region. If they make it there, they win the game! However, the other players can stall them or even steal the will. 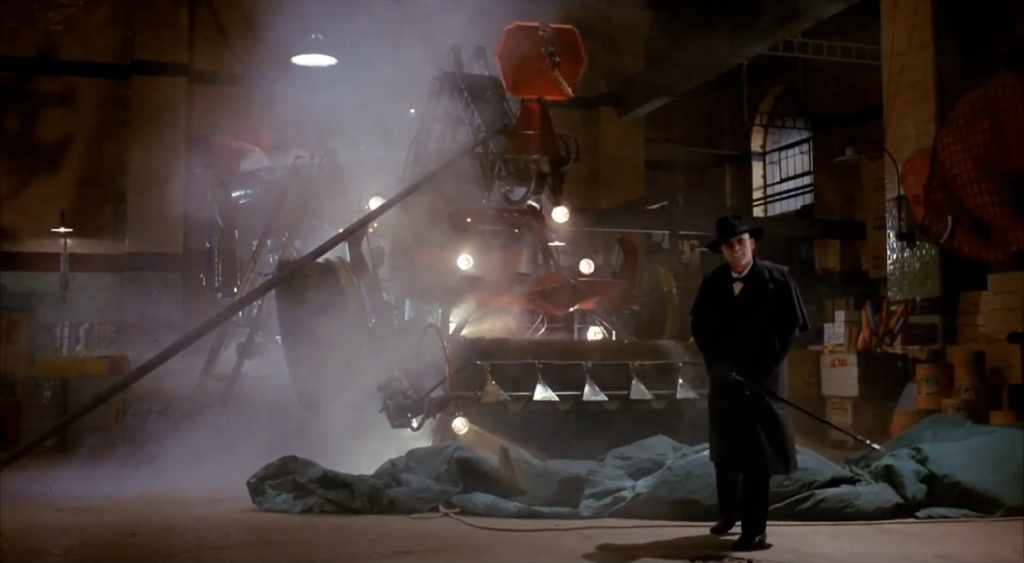 Players can use Weasel cards to have one of the weasels chase after the Will-holder. If the weasel catches them, they drop the will and are send back to their starting space. The players can also make use of Judge Doom’s Dip Cannon for a similar result. By using the Doom cards acquired earlier they players can rotate the Dip Cannon marker in the center of the board towards their intended target. If the cannon reaches its target, they drop the will and return to their start. Not a bad end result, considering the source material. Otherwise, landing directly on the player holding the will allows you to steal it from them.

This is No Way to Make a Livin’

All this sounds fine, if not a little too many steps rolled into one game. But the main issue with the game is the huge game length variance. Because there is so much luck in finding the Will, it can really change depending on where it is in relation to who found it and where their starting region is. 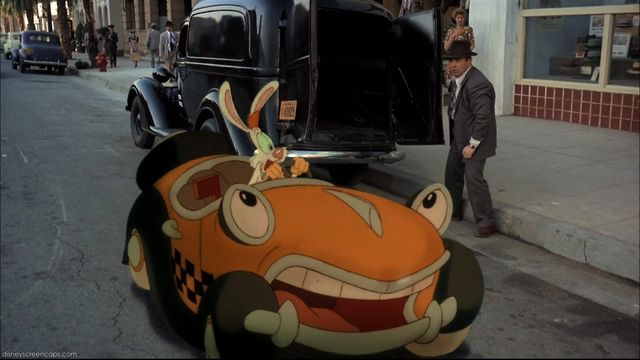 On top of that, the game has a lot of ways to quickly move around the board. On any move, the player rolls a white die and a black die. The white die moved them from 1-6 spaces and the black die offers an option 1-3 additional spaces. Further, landing on a space with Benny the Cab lets you roll the Benny die and move as many spaces until your roll a Stop sign, and the Trolley spaces work similarly. So getting around the board is far too easy and unless there is someone set up to block you when you find the Will, it won’t be hard to escape and win.

Overall, The Who Framed Roger Rabbit board game is pretty good. The main argument against it might be that it was too ambitious and tried to do too many things at once. But still, it’s a fun game and the theme of the game is strong enough that I think it carries it well enough. With a little more focus, I think this could have been a stand out contender to an otherwise sadly large group of less than stellar board game movie adaptations. 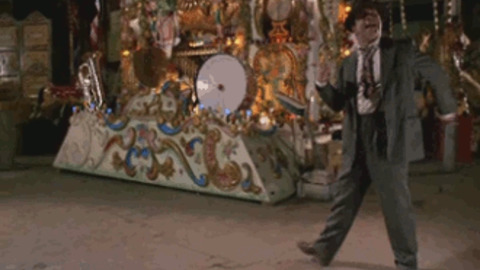 ‘Who Framed Roger Rabbit’ doesn’t have a question mark in the title. You learned something today.