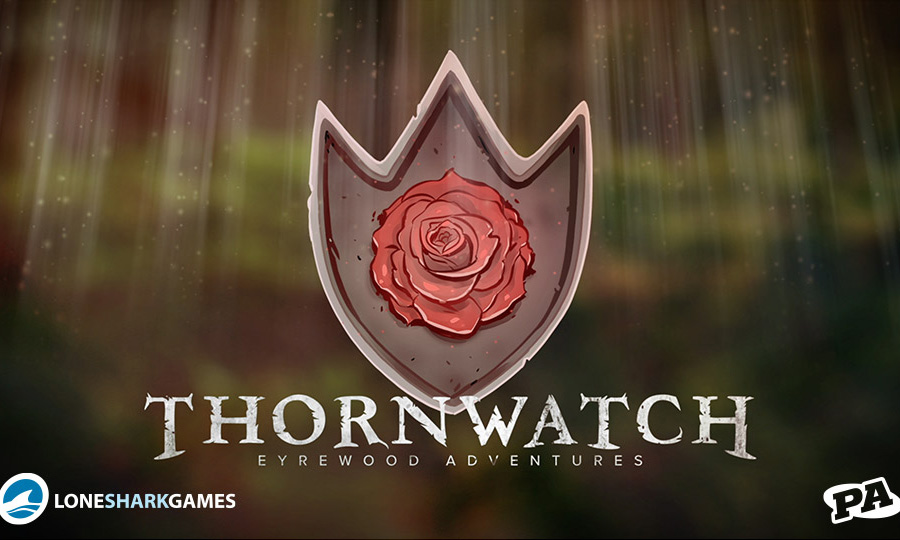 Based off of the Penny Arcade comic side story of the same name, Thornwatch is a card-based role playing game which throws players into The Eyrewood.

Thornwatch is a fantasy role playing card game with a comic book style. The game is based off of Penny Arcade’s The Eyrewood stories, with the same art style as the comics.

The game uses modular game tiles to build the “board” which is designed to resemble comic book panels. Within each panel, the game’s Judge adds various encounters and hazards which the players will have to tackle. 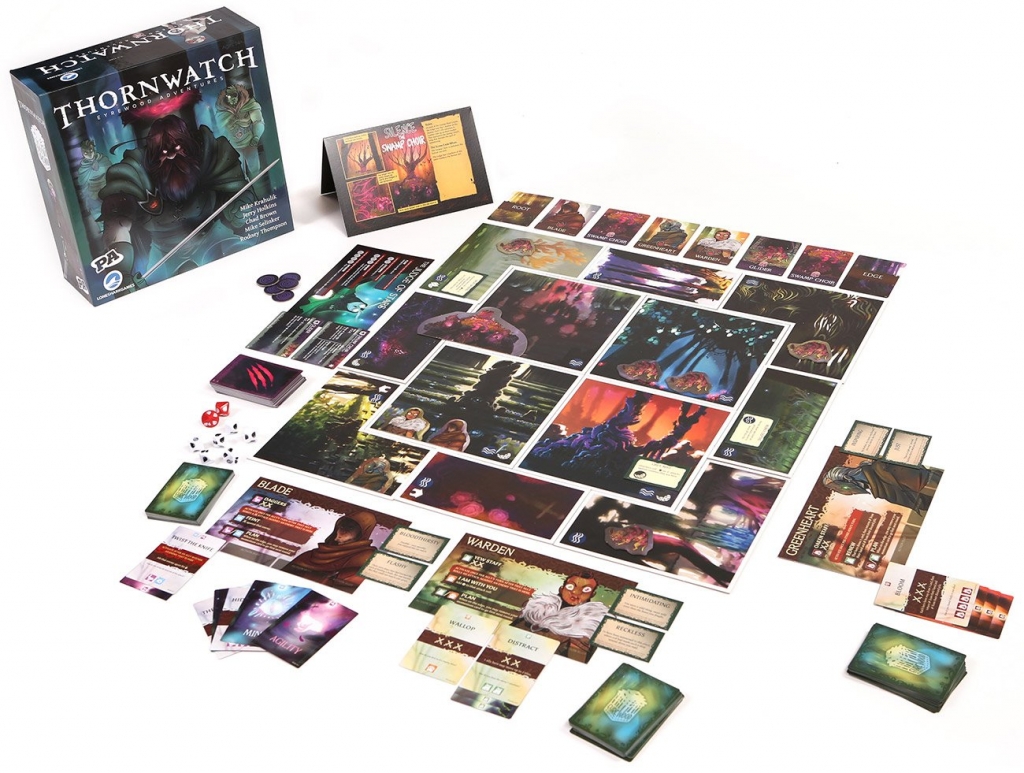 The game’s Judge (or game master) will use the scenario boards to set up the game and will give the Success and Failure conditions for each scenario as well as any special rules. 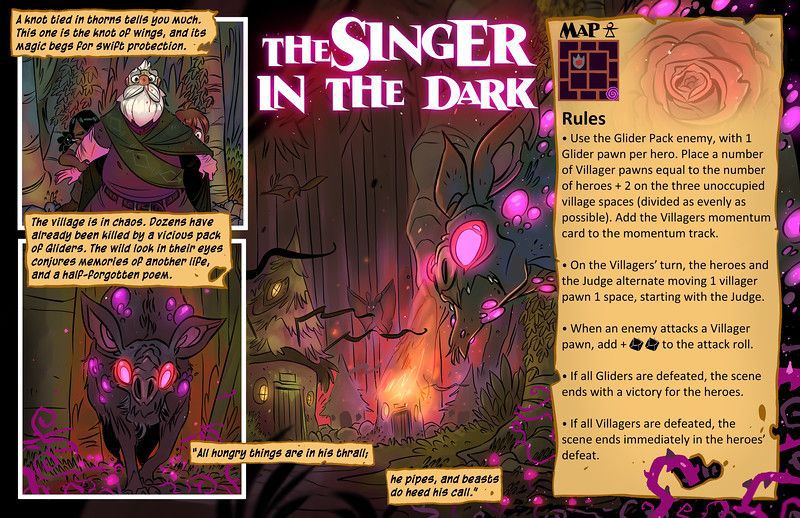 Players take the role of the Thornwatch and gain Personality cards which help drive the roleplaying aspects of the game. If the Judge and player decide the player has acted in that fashion, they flip the personality trait card over and gain the bonus listed on the reverse side. 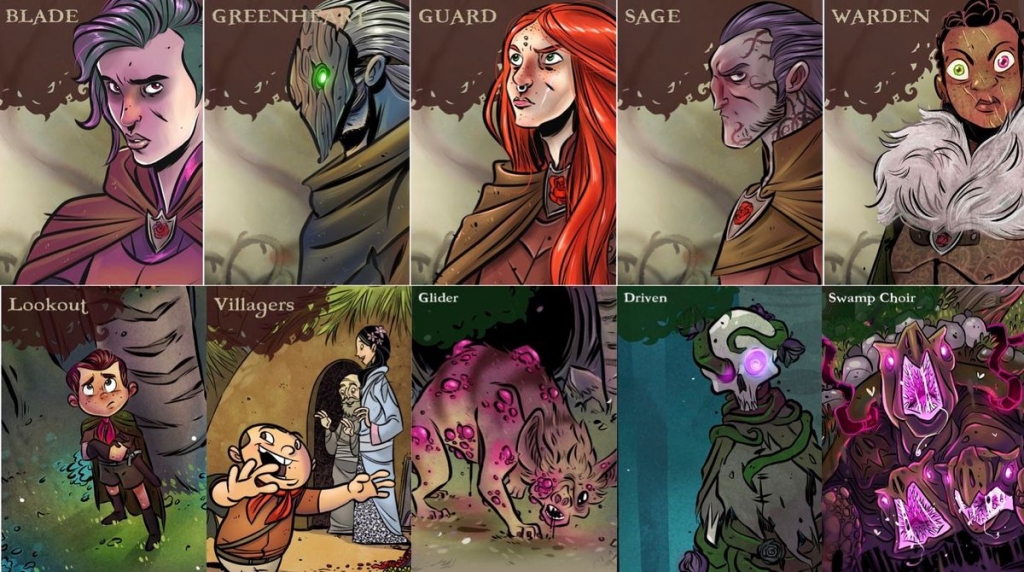 This encourages players to roleplay effectively and within their character’s personality. These go on each player’s character board, which also track that player’s actions and abilities. 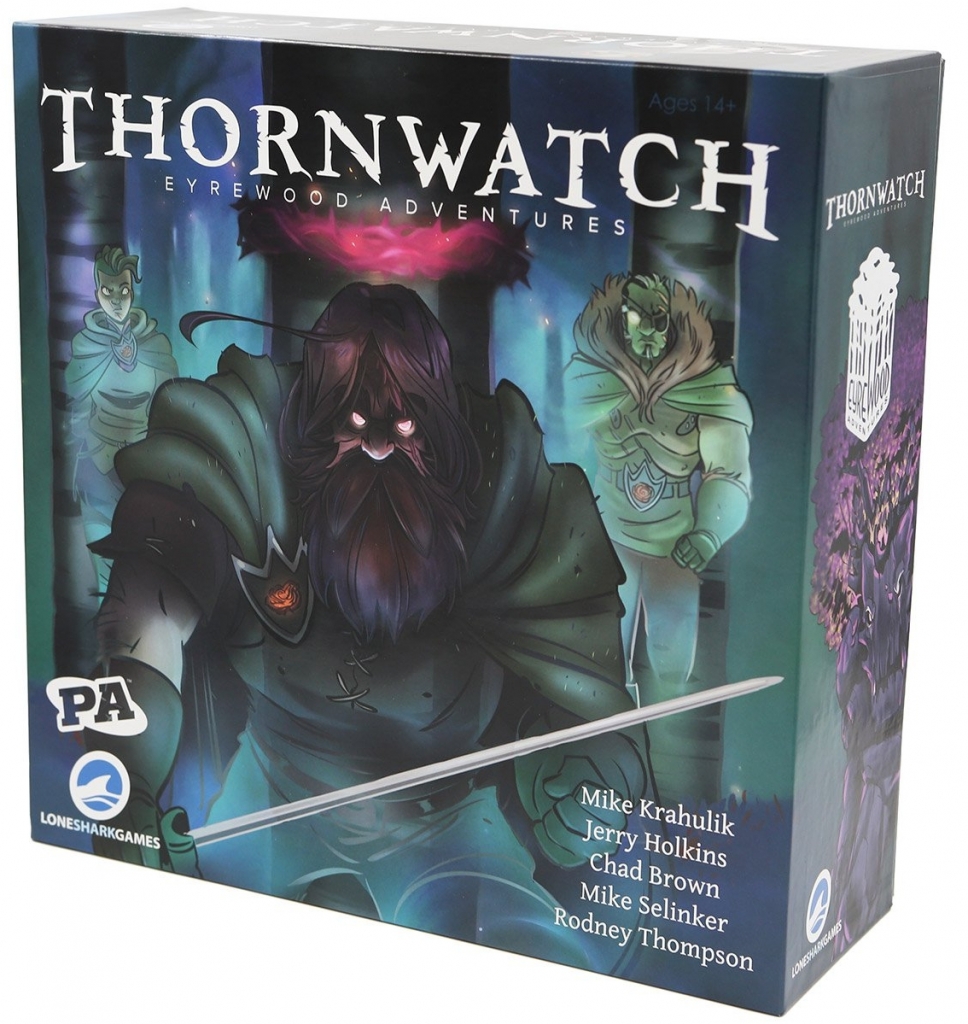 Deep in the Eyrewood, dark creatures would spread their corruption to the people of the forest. Thankfully, the citizens are protected by three forces: the Lookouts, a cadre of children trained to defend; the Daughters, powerful guardians who marshal natural forces; and the Thornwatch, stalwart spirits who come to help when a knot is tied in a tree. These are the heroes of Eyrewood Adventures, a three-game collaboration from Lone Shark Games and Penny Arcade. The first of these hybrid board game/RPGs, Thornwatch, gives each player a deck of cards with which to seize the momentum and drive the corruption from the forest. Thornwatch’s core set will be followed by the expansion Dark of the Wood, which will introduce corrupted characters to the game

Author: Matt Sall
Matt has loved games of all kinds his whole life: board, video, war, roleplaying. He's worked as a writer for BoLS since 2017. He's worked as freelance editor for board game rulebooks and has designed many of his own games as well.
Advertisement
Board Games Card Games RPGs Tabletop Spotlight Videos
Advertisement 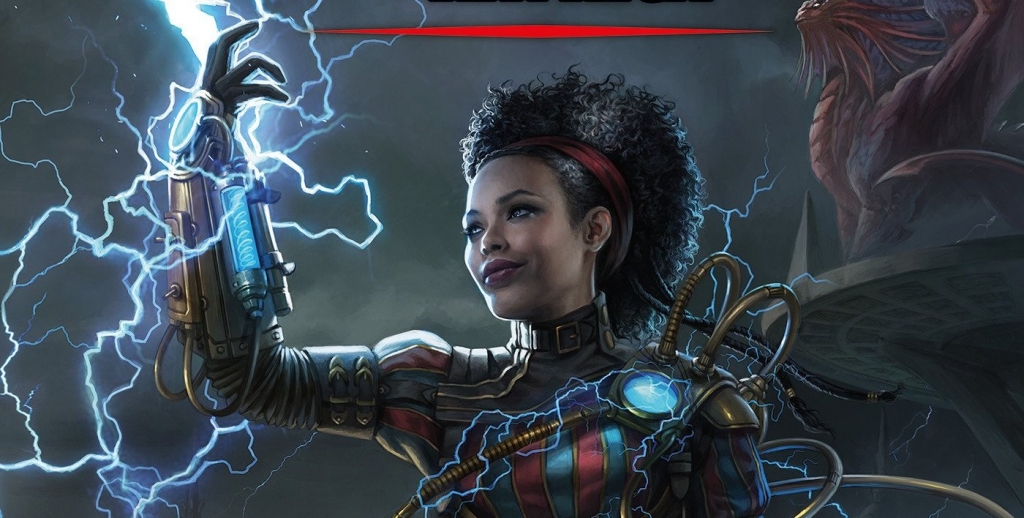