D&D Has Rules For That? – Five Rules You Didn’t Know Were In The Game

Dungeons and Dragons is a game with a lot of depth, some of it hidden. Here are five rules you might not have known about, lurking within the pages of that least-read book of them all, the Dungeon Master’s Guide. 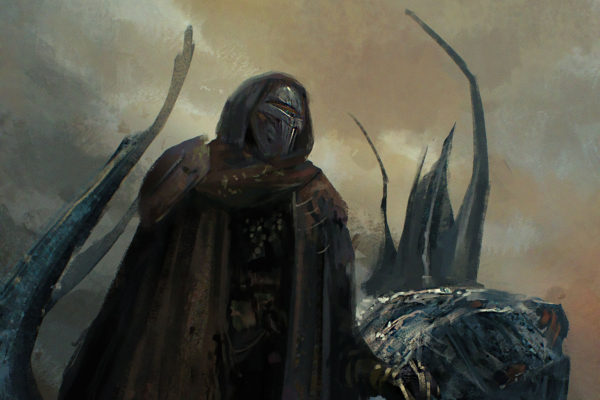 Between your two jobs, the kids’ after school practice, aligning the sigils of calamity for the dread confluence, and that camping trip that Chet keeps wanting to go on, you’re stretched pretty thin already. I mean, you want to get in your camping while the weather’s still good and thirteen baleful stars aren’t glimmering with malevolent radiance in the sky. 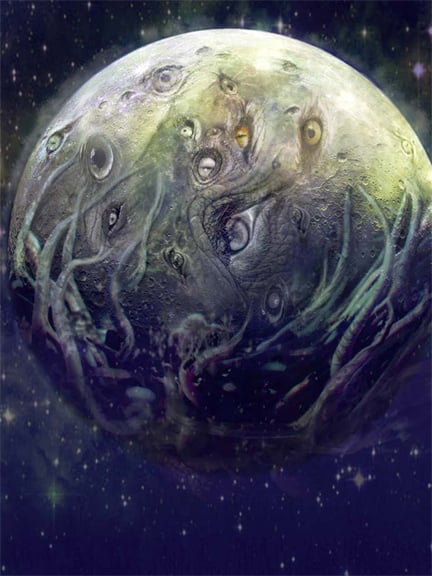 And while, for the most part, you can play without knowing everything there is to know, it never hurts to pick a few moments, say while you’re waiting for the dread seal to thrum with the pulse of the worldheart, or the soccer game to let out–I mean let’s face it, there’s only so many times you can watch a bunch of children try their best to headbutt a moving ball without injury before the amusement wears off–to thumb through your rulebooks. Because if you leaf through them, you can find some hidden gems.

Today we’re going to take a look at some rules that are hidden within the Dungeon Master’s Guide–and here’s the thing, I’ve seen a lot of people try to come up with House Rules to do exactly what’s already set out there. So it seems like folks are missing these incredibly fun rules. How often have you wanted to leap, Shadow of the Colossus style, onto a massive enemy? That’s a classic part of high fantasy, the knight clinging to the side of a flying dragon, the Wizard scrabbling for safety on the side of the rampaging leviathan–and so on. Well that rule (and a few others) are hidden within the DMG. Let’s take a look.

This is perhaps my personal favorite. Grabbing onto a bigger creature. Built off of the grappling rules, this optional rule lets a Small or Medium creature use a grapple check to climb onto a HUge or Gargantuan creature. The smaller creature makes an Athletics or Acrobatics check opposing the larger creature’s own Acrobactis check. And if the little guy wins, the smaller creature gets to enter the big monster’s space and cling to its body. 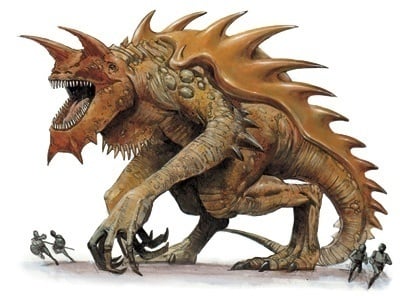 Then it really gets fun–you can move around the larger creature’s space freely, treating the space as difficult terrain. This can mess with their ability to hit you–climbing onto the tail of a 30-foot scorpion might make it hard for you to get stung by it–this is up to the DM’s discretion. And the Larger creature can try and knock off the smaller creature, using Athletics. This is a fun, cinematic rule that, the first time I brought it up, made for some awesome moments in my own home game. Well worth checking out page 271 of the DMG for.

If you want to tinker with monsters (and what DM doesn’t), then the DMG is your workshop my friend. Here you’ll find rules for creating your own custom monster, or adding class levels to them.  It’s even got rules for creating NPC stat blocks (these are the various humanoid enemies characters will come across. The whole section, beginning on page 273 of the DMG is worth checking out. But here are a few highlights: 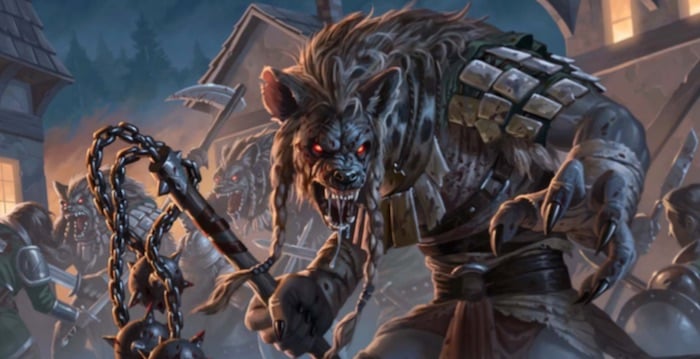 This is probably the one you can dig into the most. So we’ll leave it at this: if you want to tweak your own custom encounters, the designers have got your back. This section is a workshop and a half, you’ll be surprised at what you can find.

This one’s kind of a DMG tradition–rules for explosives, including bombs, kegs of gunpowder, dynamite, even grenades, can be found in the Dungeon Master’s Guide on page 268, right next to the rules for Alien Technology like Laser pistols and antimatter rifles.

Why not have two new ability scores while we’re at it. If you’re playing epic, sweeping fantasy, or playing with campaigns where a characters’ honor or prestige matters–excellent for Intrigue and Court as well as wandering warrior type fiction–or if you’re playing in a gribbly horror campaign, there are two new stats in the DMG that can help you convey these scores.

Honor is the character’s adherence to a strict code of honor. Samurais and Knights in particular are all about this, if you want to mix in some real world stuff–but I could just as easily see a bunch of Wizards who must adhere to the principles of magic or the like. Honor is an ability score that rises and falls with the character’s deeds–or at least reputation. The DMG suggests you use Honor in the following ways:

The interesting thing here is that this score is a two-edged sword. You might also have an Honor saving throw to keep characters from accidentally acting dishonorably, or trying to resist the urge to respond to an enemy’s insults–but you might use it for positive things like seeing through an enemy’s attempts to trick a character into acting dishonorably.

Sanity on the other hand is a little more familiar. This is exactly what you think it is. A stat that acts as both a measure of your character’s sanity and their bulwark against the horrors of the eldritch abominations that lurk beyond the stars. This is part and parcel with the madness rules (you did know those were in here right?) where basically you make a Sanity saving throw anytime you’d:

And success can ward off the madness, failure subjects you to a variety of madnesses, depending on what the DM thinks. Any time you suffer from  a long-term madness, your Sanity score gets reduced. But it’s not all saves and madness, you can use your Sanity to decipher the ravings of lunatics, or to learn forbidden spells from eldritch grimoires best left untouched by man. Or for overcoming the lingering effects of your own madness.

Both of these scores fit in with the extant ability score generations. You add an 11 to the standard array for each optional score you’re using. Or 3 points for each optional ability you add. If you’re rolling stats, you monster, just have your players roll once more for each additional stat.

Success…but at what Cost?

This rule goes against the core of D&D, which is what makes it so delicious if you decide to use it. In a nutshell, if a character fails a roll by only 1 or 2 there’s a system in place to allow the character to succeed on a roll but also imposing some kind of negative hindrance or adding on some complication to their success. It’s a bit different from the usual binary of–success/failure if you meet the DC, but it can add a lot of dramatic tension to your game if you’re very intentional about how you use it.

And it takes away the sting of missing that critical save DC by just 1–but I’d take care not to do it too often. Here are some suggested complications:

Basically you allow players to exchange immediate success for a change to the challenge before them. I like this one even without the failure–this is a great mechanic to play around with, and I’d consider even using twists like this when the players succeed. That intimidated kobold one is a great example of how even success can add further complications. Again, you want to be deliberate about when you do this–which means you’ll want a reason in mind. That reason can be as simple as “oh I bet this would be fun” but you’d want that feeling, right? If you were going to be on the receiving end of this, that complication has got to feel right.

It’s how you get that Han Solo around the corner into a corridor of stormtroopers moment.

I hope these rules help you improve your game. Let us know if you use them, if there are any we didn’t mention–be sure and check back next week for more rules that you might have missed. In the meantime, feel free to share your favorite ones below.