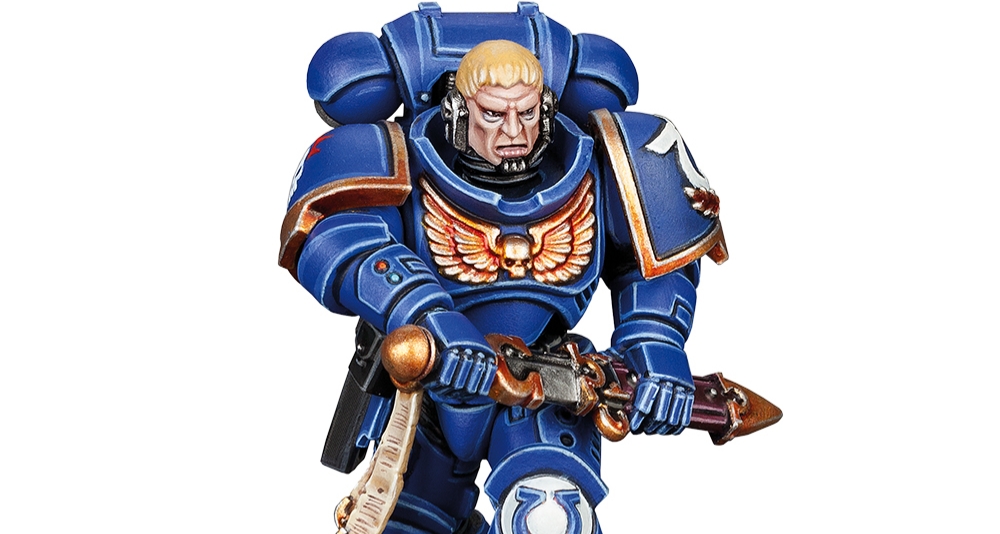 Come take a look at what awaits you in Issue 3 of Warhammer Conquest–Reivers, Blades, and rules for fighting.

Warhammer Conquest Issue 3 is here, and it’s all about everyone’s favorite band of sneaky Primaris murdermachines, the Reivers. Terror Troops who are DEFINITELY not made with heretical science, and most assuredly DO NOT us the genetic material of traitor legions, like the Night Lords who basically do the exact same thing–no these ENTIRELY LOYAL Primaris Marines sneak around striking at the enemies of the Imperium whatever form they might take.

And in this latest issue, you’ll learn all about their tactics and lore, as Warhammer Conquest takes you inside Reivers. 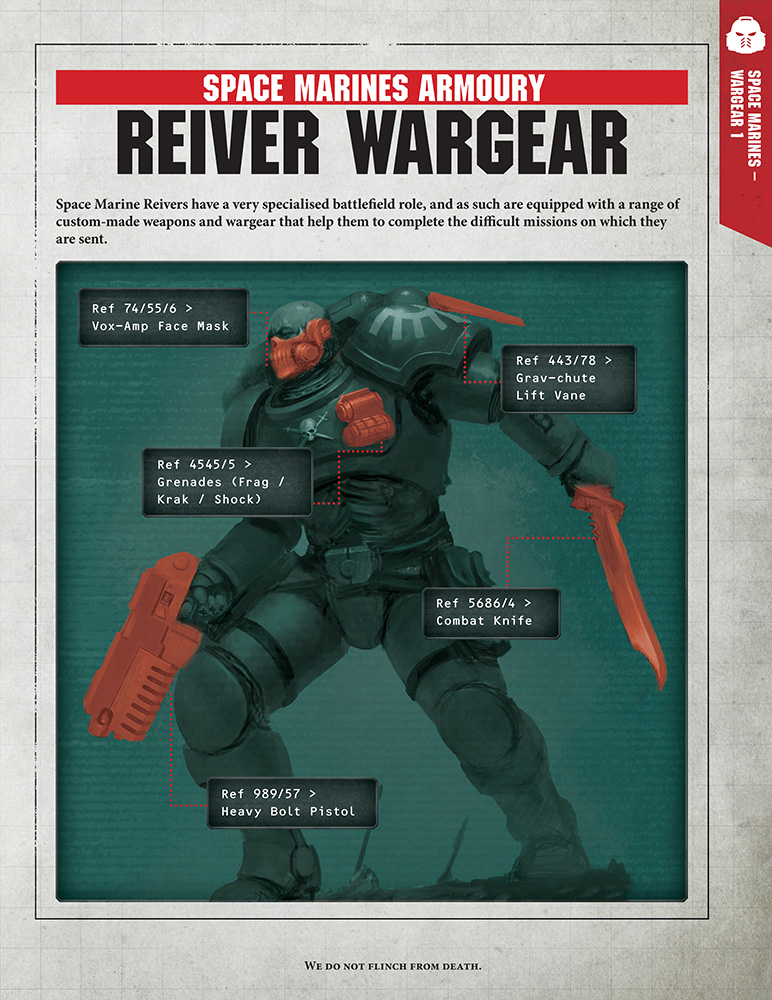 Inside the magazine, you’ll find a profile of the Reivers and their role in the armies of the Space Marines.

You’ll explore their wargear – from heavy bolt pistols and combat knives to grapnel launchers and grav-chutes. The War on Tarrovar will also be detailed, where a unit of Reivers turned the tide against the alien might of the Necrons. 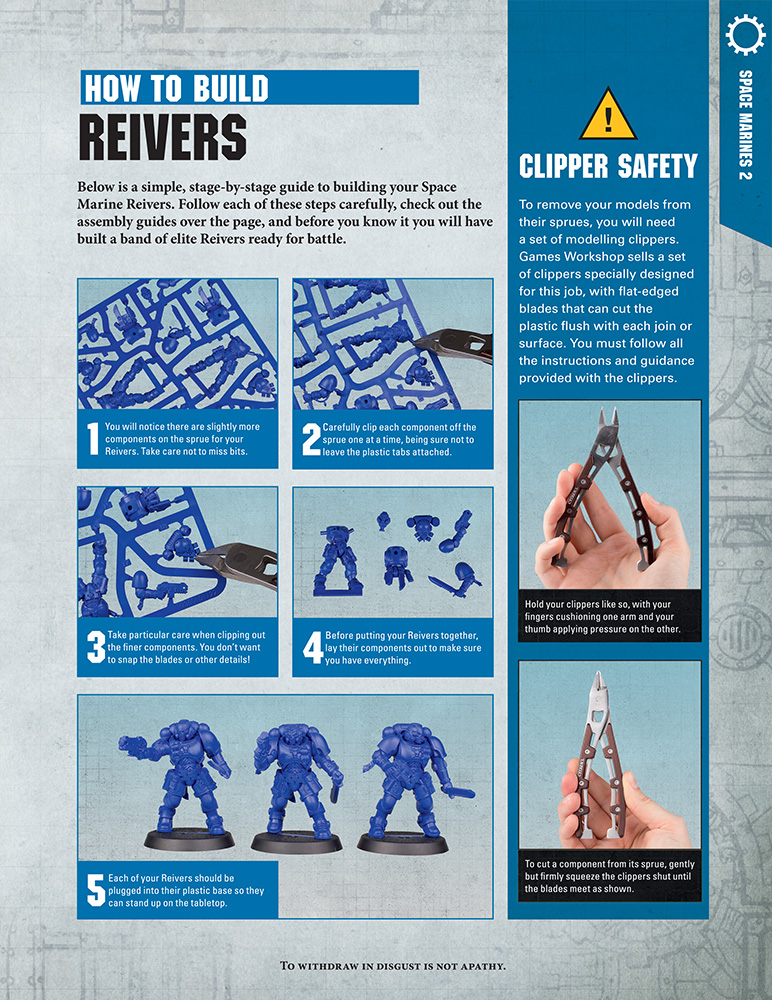 Of course you’ll get 3 different Reivers along with a pot of paint, and you’ll also get the step-by-step instructions to build them, paint them, and deploy them onto the battlefield. As well, you’ll get a special mission… 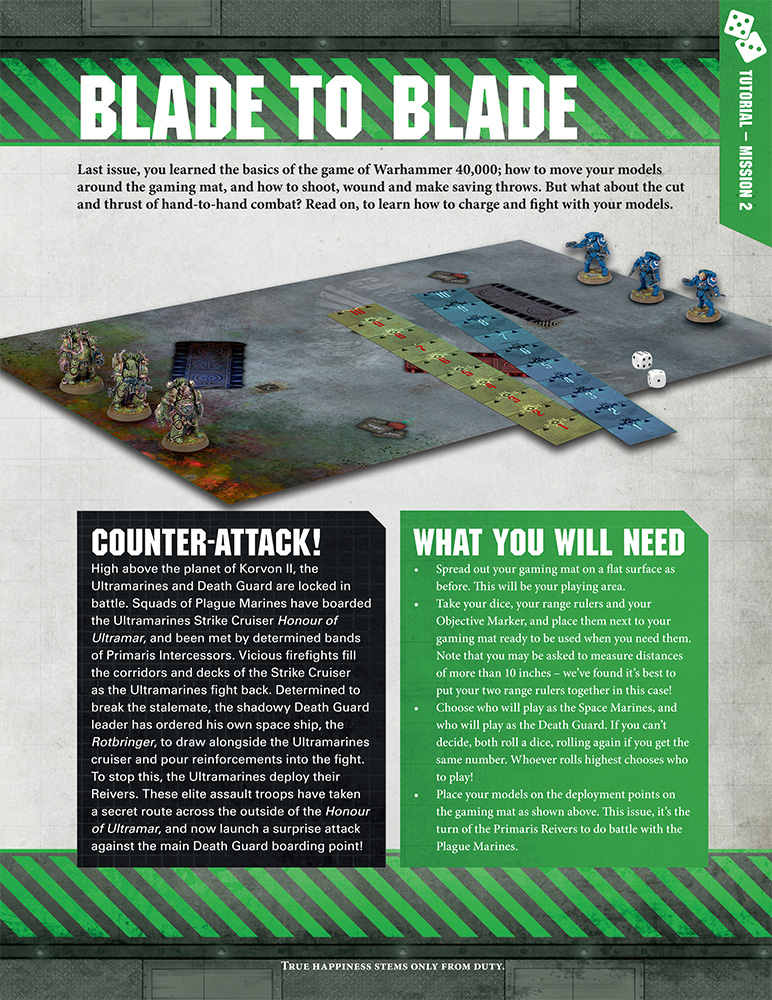 Basically the game is taking you through step by step, slowly adding more paints (because you’ll have the leadbelcher in addition to the black and gold from before to adorn your miniatures with now), slowly adding more units and rules to the game. It’s a great ramp up into 40K proper. But even if you’re a veteran you can get some fancy collectibles, including this new character coming in issue 5. 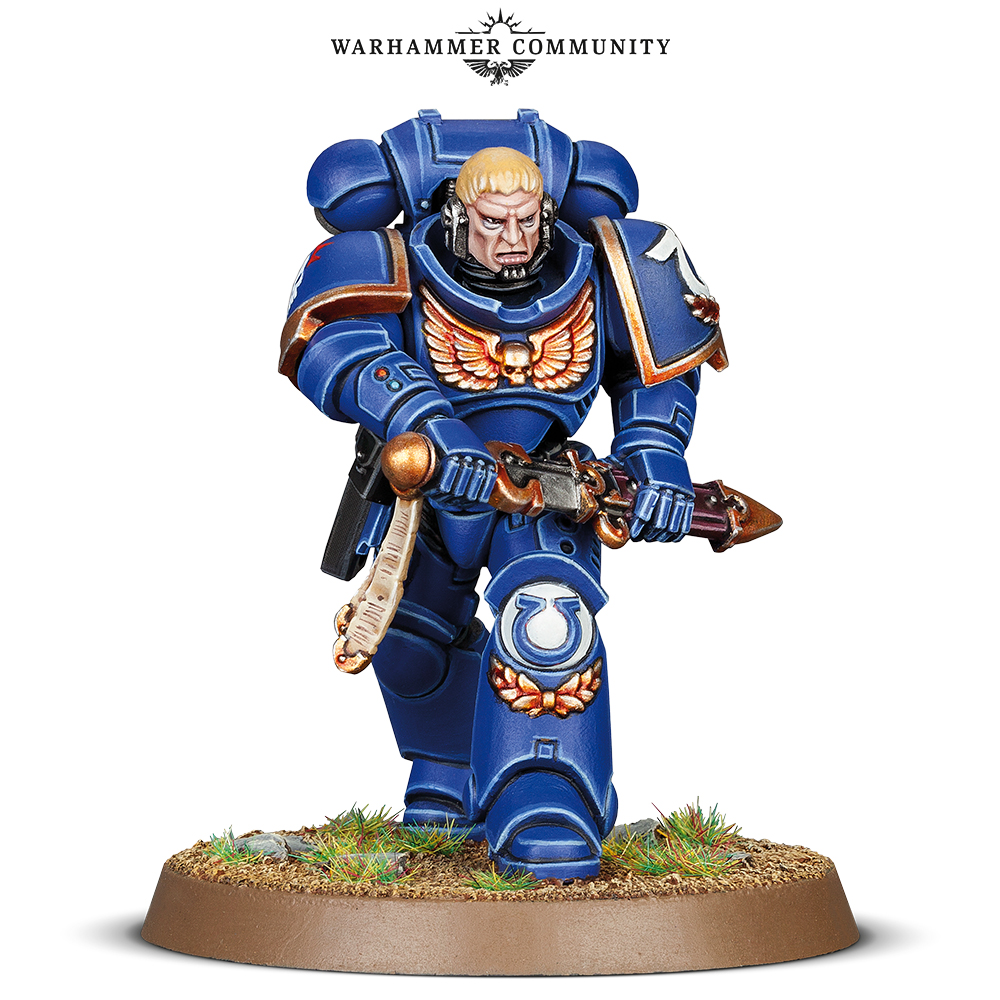 This will be your first Character in the series, and it’s the first time that this model has been available anywhere in the world. Armed with a bolt pistol and power sword that he’s drawing from its scabbard, Lieutenant Calsius is the perfect leader for your growing Space Marines army – and the perfect match for the dastardly Death Guard.

You’ll only be able to find Calsius through Warhammer Conquest and you can only get Issue 5 through subscription, so check them out today if you’re looking to grab this Lieutenant.