Head into the Mirrored City with Nightvault, plus a bunch of new accessories are up for Pre-order for Warhammer Underworlds! 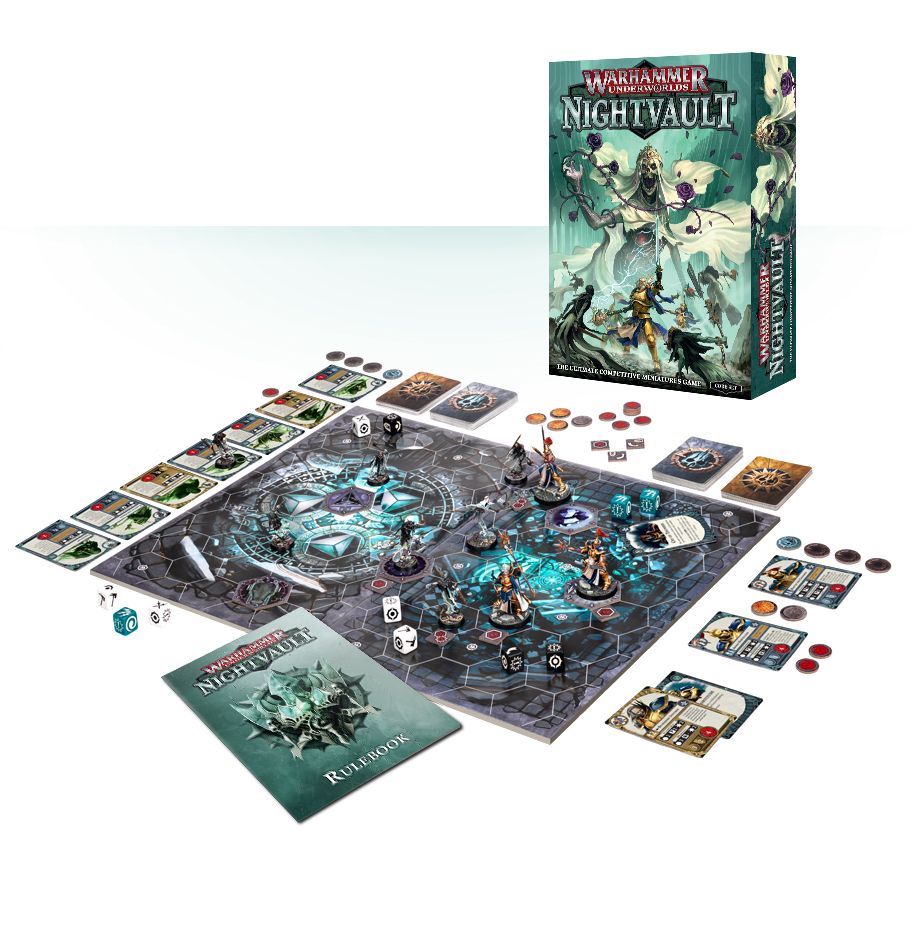 Warhammer Underworlds: Nightvault is an action-packed combat game for two players. Build your warband, construct your deck, and defeat your rivals.

Shadespire was once a city of wonder and magic, a mercantile metropolis whose rulers defied death, to the fury of Nagash. During the height of the city’s powers, rivals, thieves and would-be conquerors were locked away in the sprawling dungeon known as the Nightvault. After the city’s fall, Nagash broke open the chains that bound the shackled spirits within, giving them weapons to freeze the hearts of the living and enough memory of their torment to fill them with hatred and jealousy. The spectral dead delight in the chance to inflict this hatred upon the living, and the streets of Shadespire echo to the sounds of terrifying screams and cruel, mocking laughter… 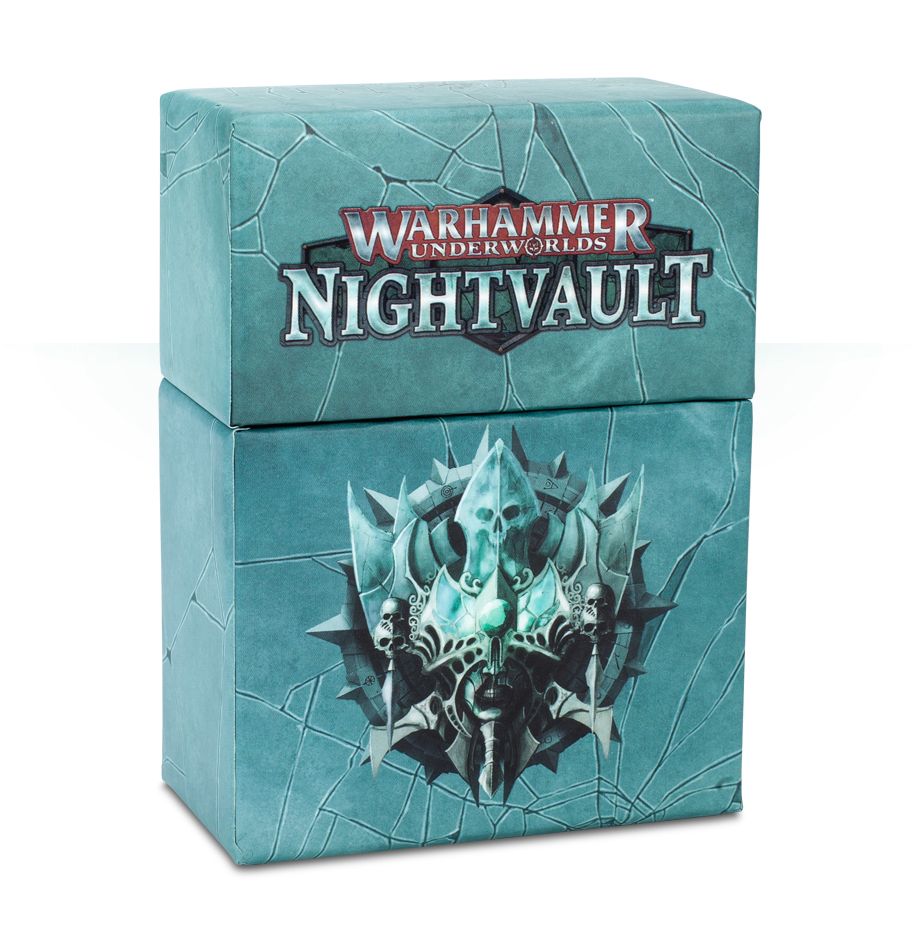 Store your precious deck of Warhammer Underworlds cards when not playing games with this deck box. Designed to fit up to 75 cards – character, power and objective – snugly and safely whether placed in their protective sleeves (available separately) or not, it’ll keep them from scuffing and damage when not in use, and provide a handy way to carry your decks to and from games. 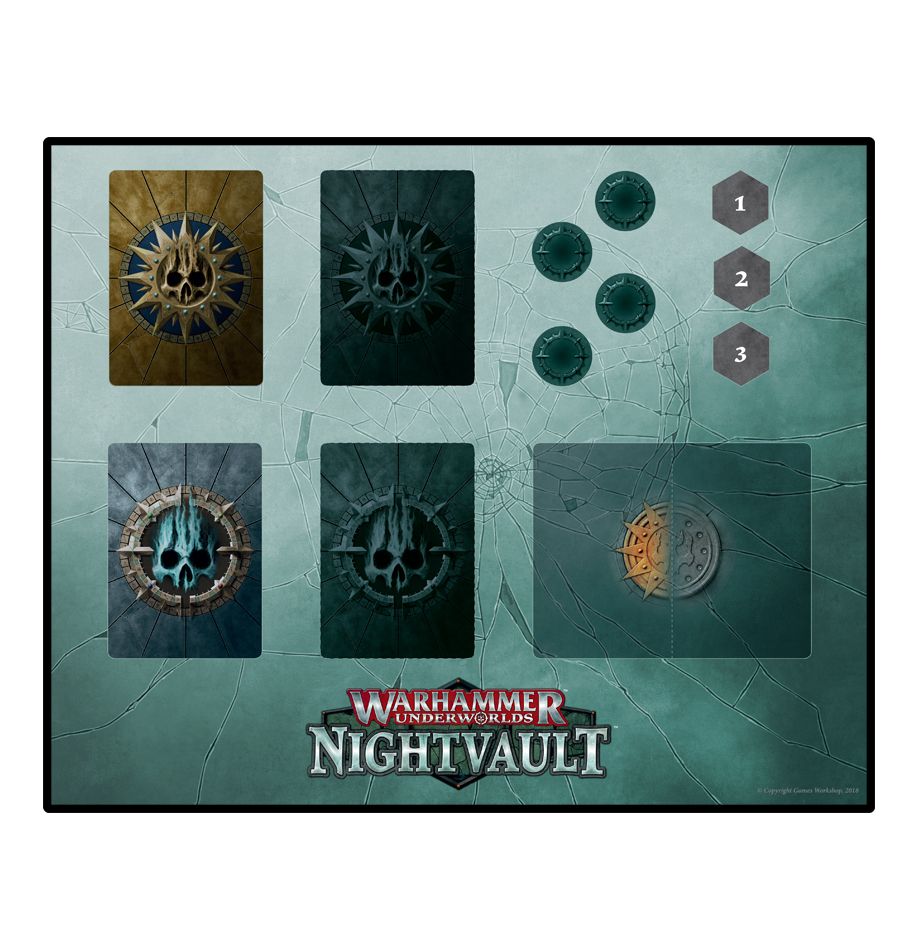 Add an extra element of organisation to your games of Warhammer Underworld with this attractive gaming mat. It features several marked areas for placement of important in-game objects:

The 331x268mm mat is constructed from durable neoprene, with an anti-slip base and stitched edge, and can be stored folded without creasing. 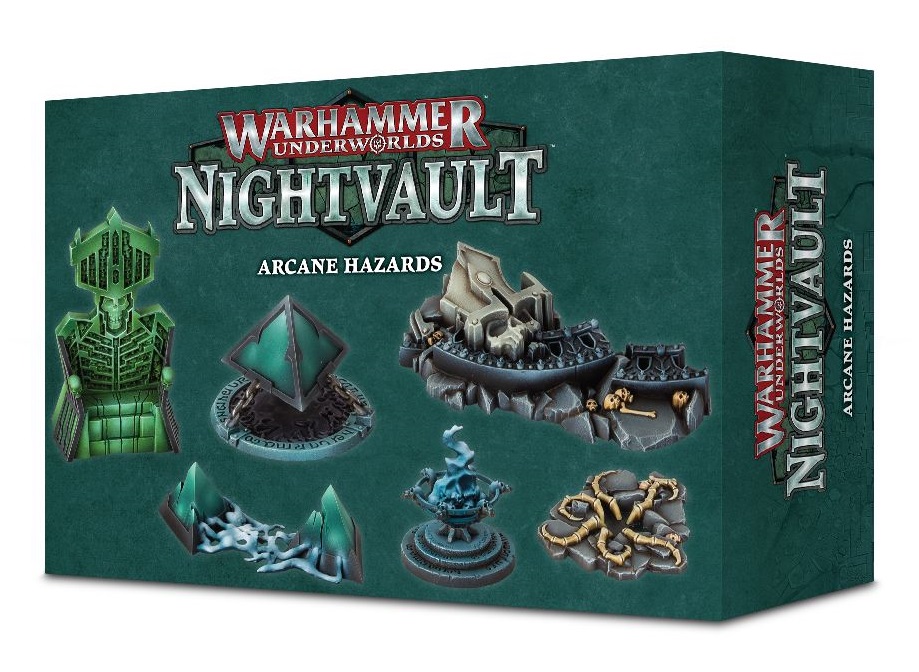 A major feature of the Warhammer Underworlds game boards is blocked and lethal hexes – the former are impassable obstacles that can create chokepoints and block line of sight, while the latter are dangerous terrain that, when a model is pushed in, prove fatal. One of the keys to becoming a master of the game and dominating every warband you face off against is learning how to use them to your advantage – the Arcane Hazards are a set of plastic tiles providing a 3-dimensional visual representation of these hexes, making it a little more obvious at a glance where these game-changing areas of the board are.

6 hex tiles are included, each a push-fit model on teal-coloured plastic:

– A throne;
– A pyre of skulls;
– A set of 3 sinister triangular ruins, floating above the ground and secured by chains;
– A set of 2 triangular ruins with smoke running between them, a skull grinning from within;
– A broken statue featuring an icon of Nagash, Supreme Lord of the Undead;
– A set of creepers emerging from the cracked ground below.

This kit is supplies as 17 components. 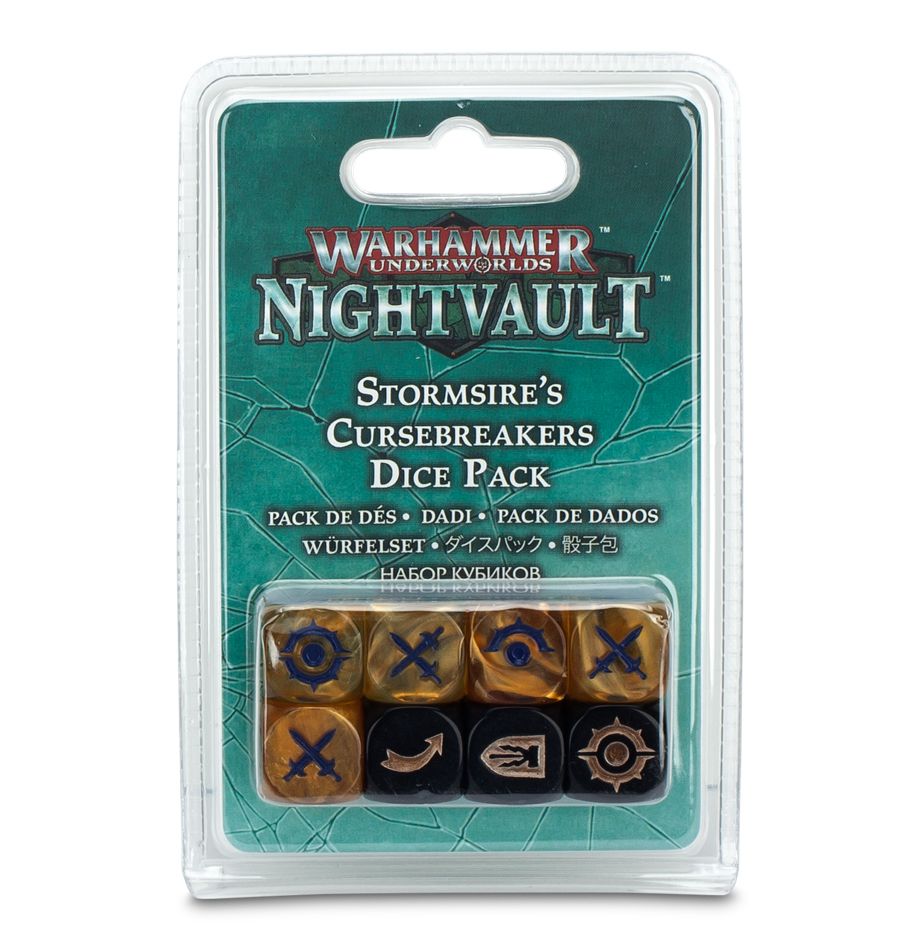 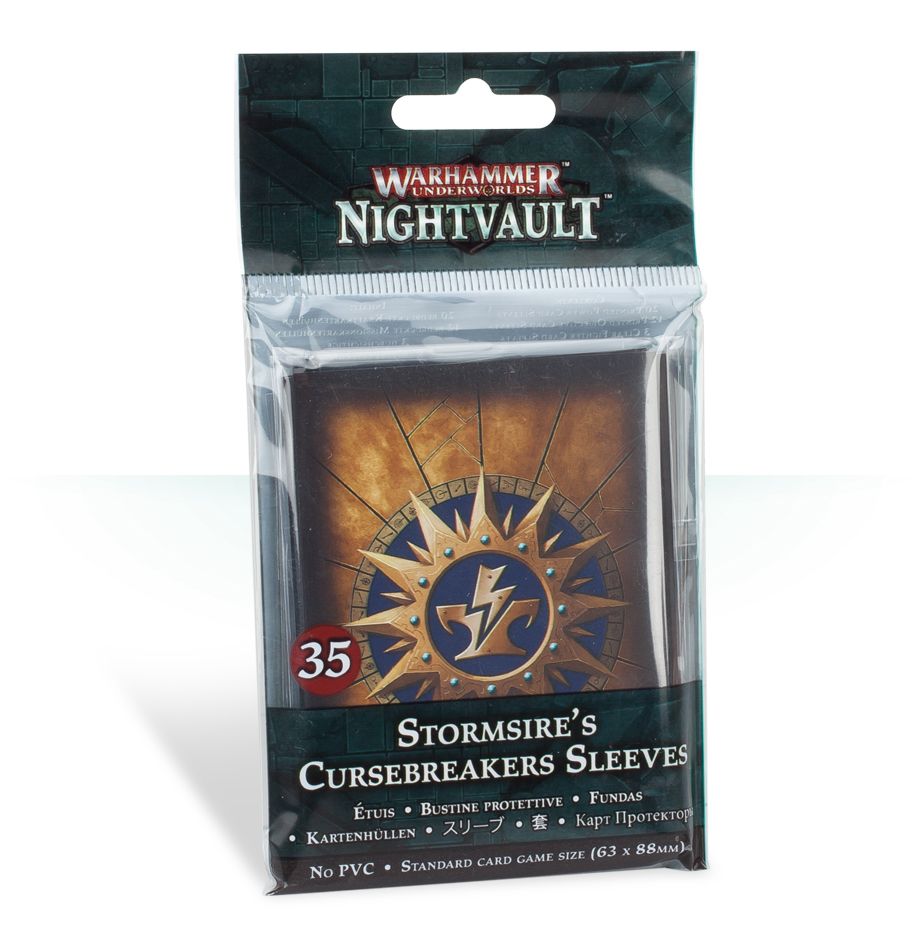 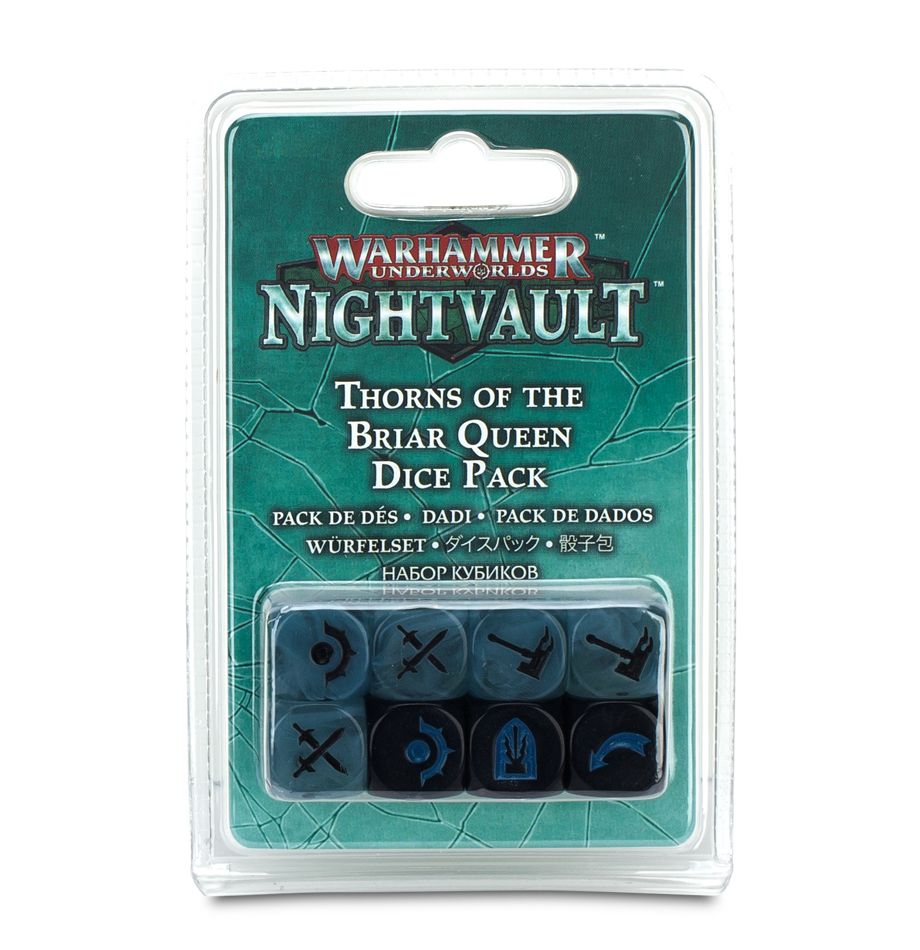 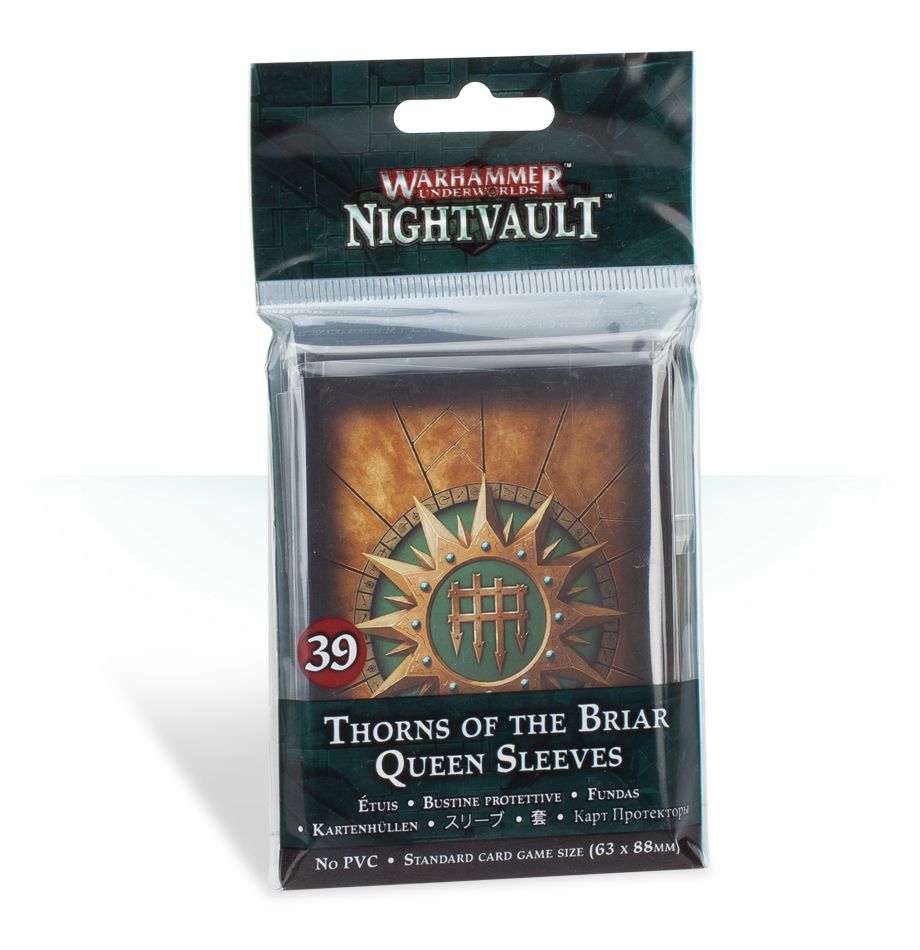 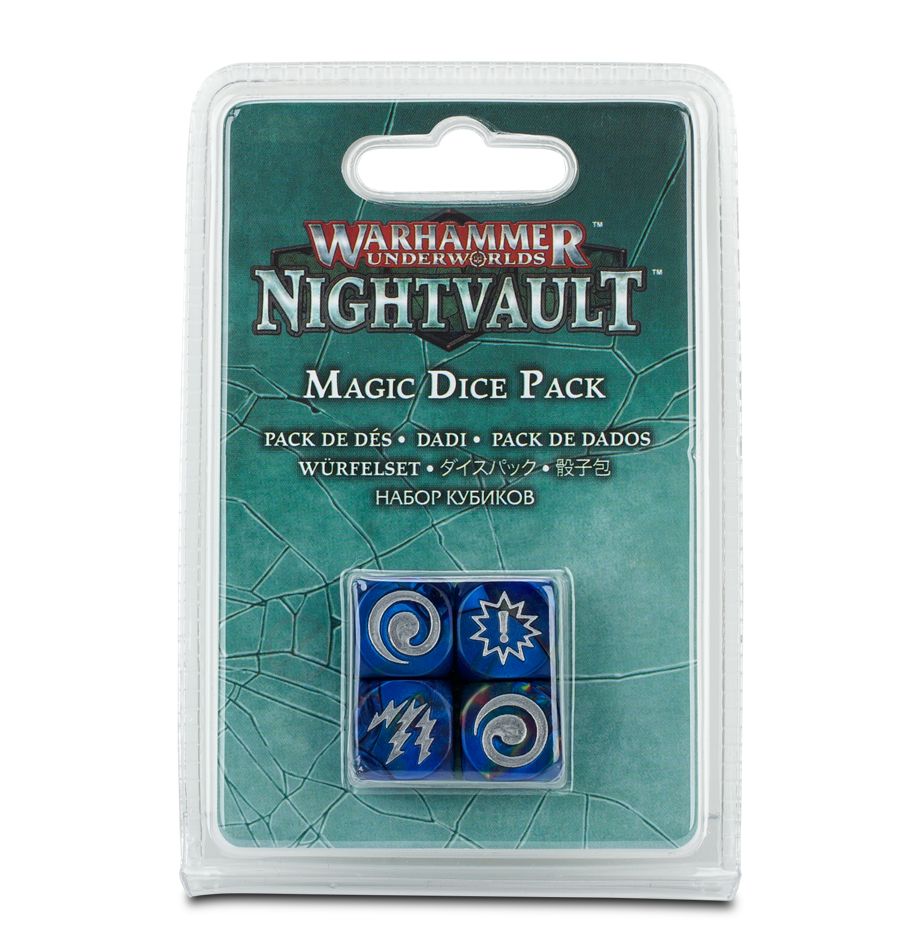 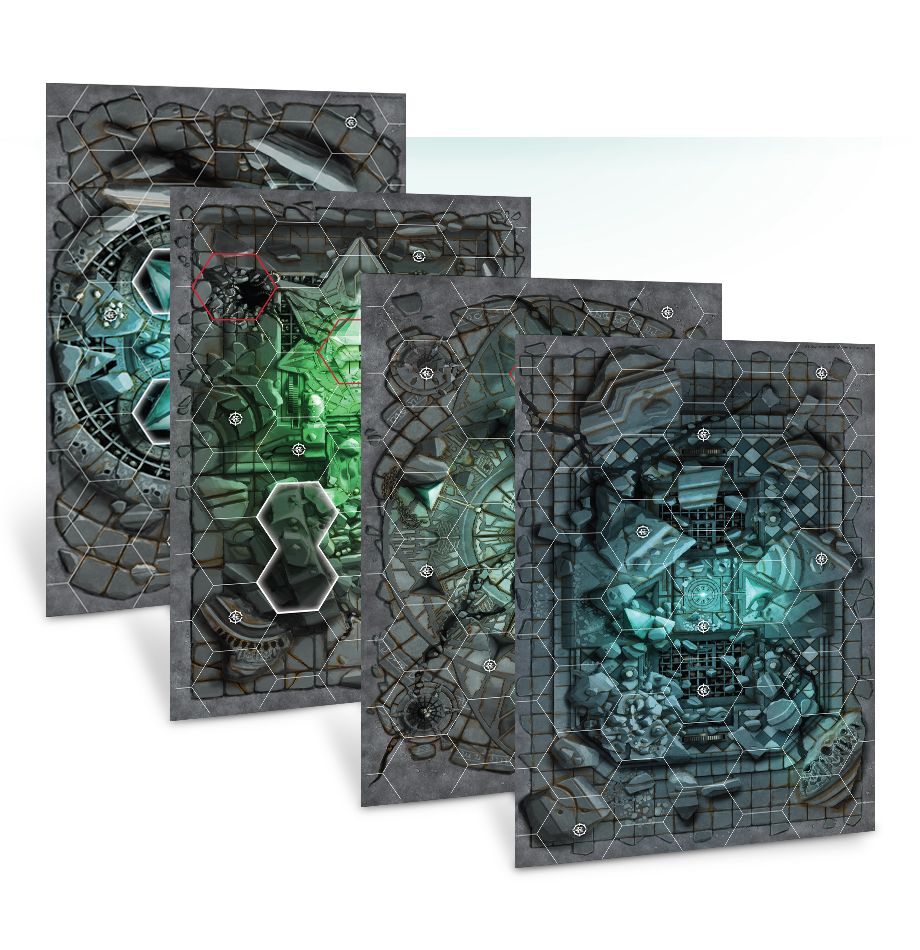 This board is exactly the same dimensions as those provided in the Warhammer Underworlds: Nightvault game, and constructed from the same durable card. 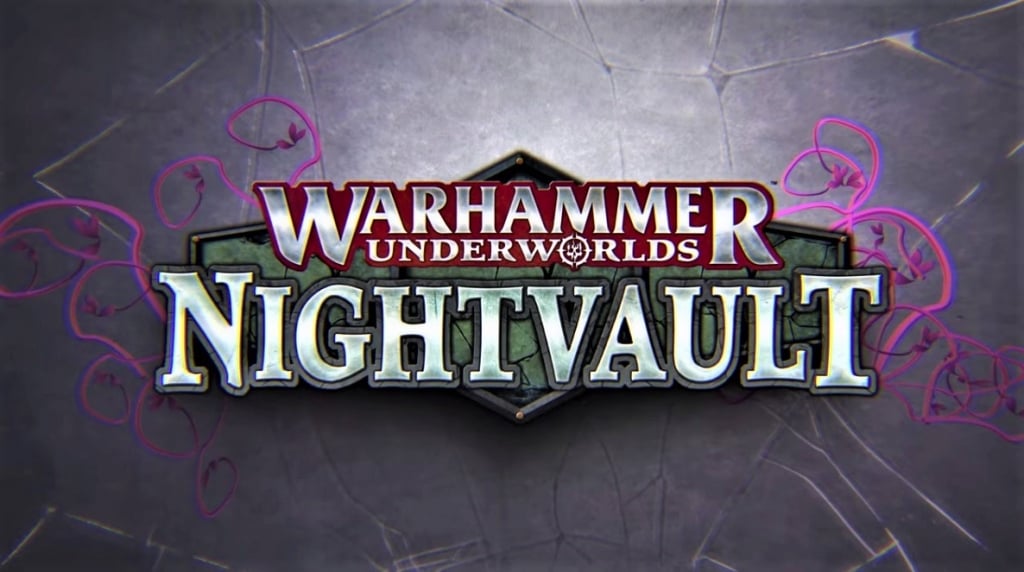