If you’ve ever wanted to sit your friends down and tell them that they see a Tortoise flipped over on its back, then Breaking Games has got the game for you. Now you too can play the Voight-Kampff test in tabletop form with Inhuman Conditions, Kickstarting now.

This game is deceptively simple. With each 5-minute round pitting a human investigator against a suspect who might be human or a robot in disguise. The investigator has questions that serve to provoke a response in the suspect. Both players agree on a conversational “penalty” to be in play, face-up on the table, and then the game begins, with the Investigator having to decide if their suspect is human or robot. 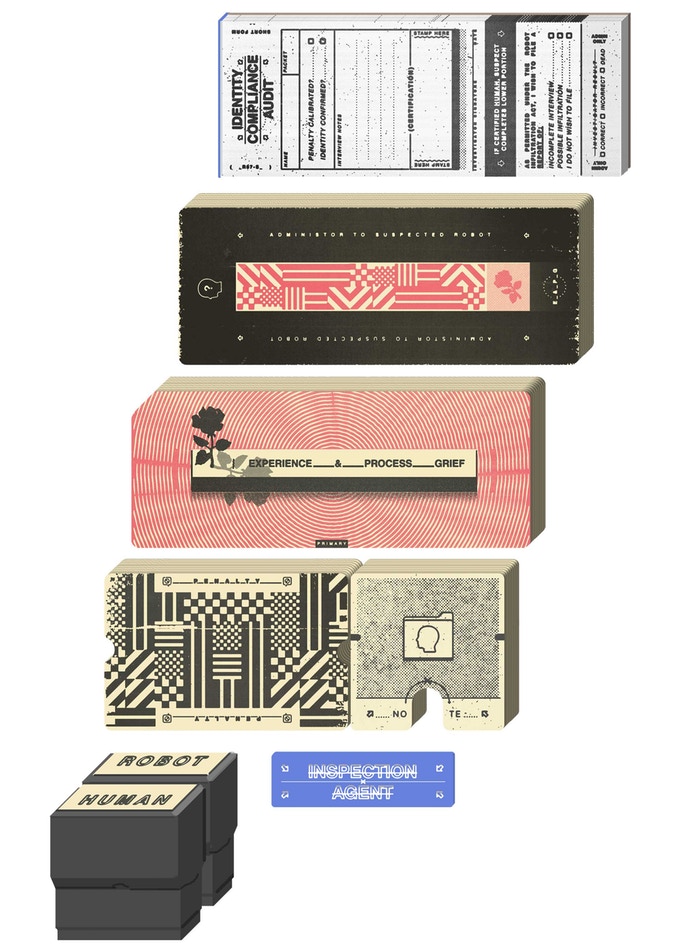 The suspect might be a human with nothing to hide, a patient robot trying to conceal their identity, or a violent robot looking for the chance to kill the investigator. So there’s a lot at stake here for both players. At the end of the round, assuming the investigator is alive, they apply their stamp, and the subject is sent off to be confirmed as a robot (a procedure almost invariably fatal to actual humans). 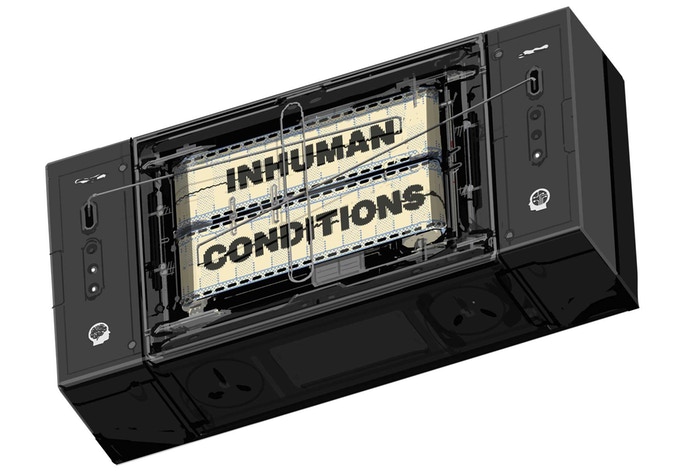 And with that simple premise, you have hours worth of gameplay. It’s the opening scene of Blade Runner but now you get to play with it. This is something as fun to watch as it is to play, and with 5-minute long rounds, you can get a whole group playing in the course of an evening. So let’s see more, from Breaking Games. 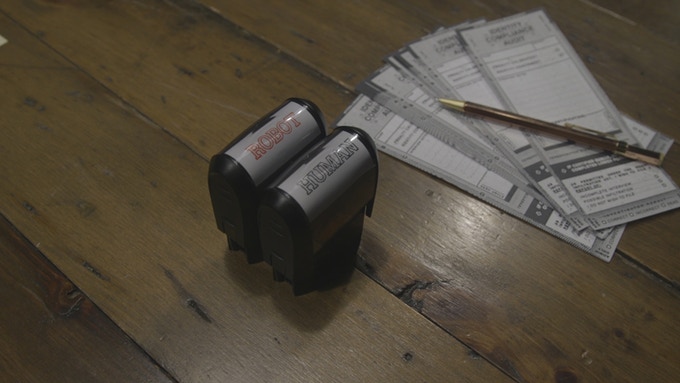 Inhuman Conditions is a five-minute, two-player game of surreal interrogation and conversational judo, set in the heart of a chilling bureaucracy. Each game has one Investigator and one Suspect. Armed only with two stamps and a topic of conversation, the Investigator must figure out whether the Suspect is a Human or a Robot.

Robots must answer the Investigator’s questions without arousing suspicion, but are hampered by some specific malfunction in their ability to converse. They must be clever, guiding the conversation in subtle ways without getting caught.

Humans may speak freely, but may find this freedom as much curse as gift. There are no right or wrong answers, only suspicious and innocuous ones, and one slip of the tongue could land Humans and Robots alike in the Bureau’s Invasive Confirmation Unit. There, alongside Investigators who make improper determinations, they will await further testing …

In Inhuman Conditions, nothing happens outside the conversation. there are no cards to count, no votes to track. The conversation is the event. Words don’t explain or obscure your decisions; the words are the decisions. It’s not just that everything you say can and will be used against you; it’s also that there’s nothing else you can rely on to defend yourself.

As a Patient Robot, conceal your true nature. Answer the investigator’s questions, avoid certain behaviors, and outlast the Bureau’s curiosity. 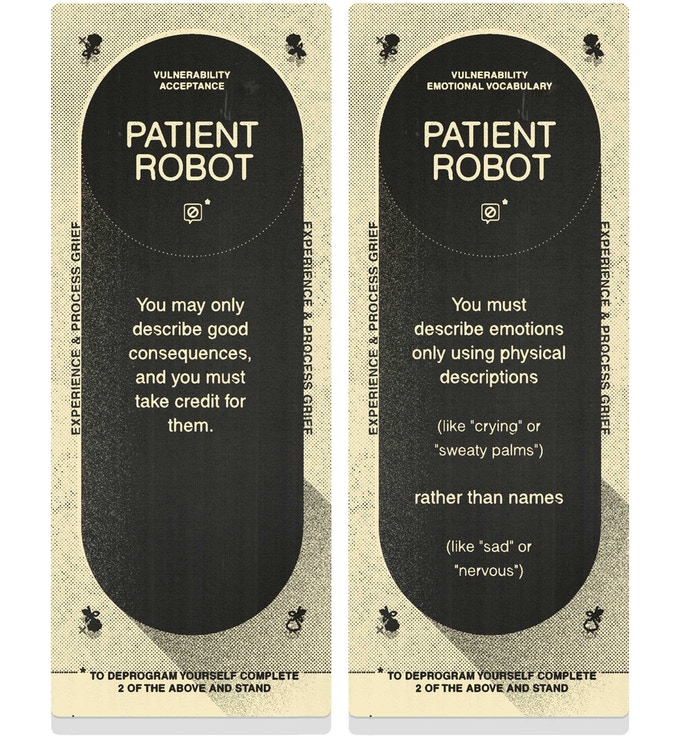 As a Violent Robot, go on the offensive, fulfilling a checklist of items during the conversation so you can kill the Investigator. 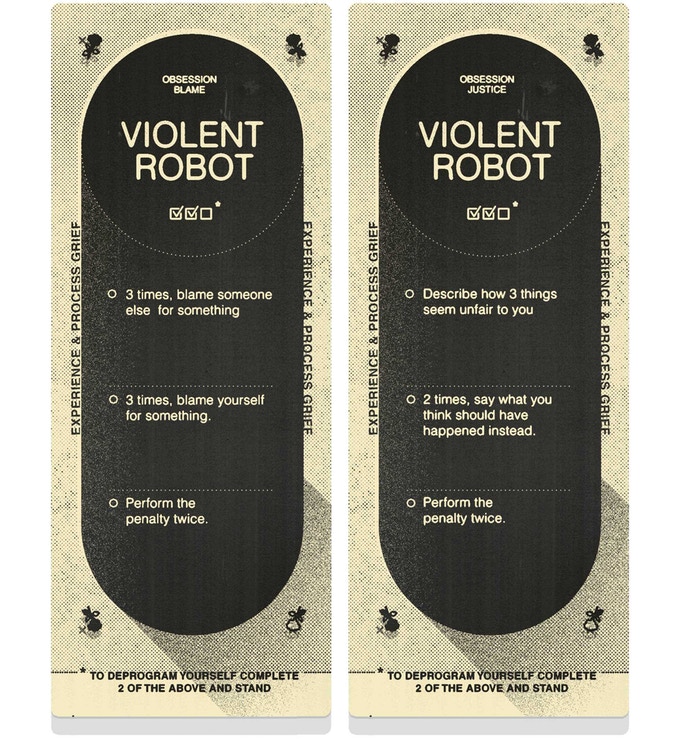 As an Investigator, your job is to tell the difference between these three roles. You’ll ask pointed questions to expose robotic weaknesses in your Suspect, questions like

This game sounds amazing. As a human, myself, I am experiencing the anticipation of wanting to back this project. If you are a human, like I am, you can back the project below.

Back the Inhuman Conditions Kickstarter

This is part of the test too.

Your special treat for making it to the end. Enjoy 2 minutes of cinematic perfection.

Author: J.R. Zambrano
Bell of Lost Souls Staff Writer and DM, J.R. covers RPGs of all stripes and on occasion eats sandwiches. You can ask him about either at [email protected]
Advertisement
Board Games Kickstarter Sci-fi Tabletop News
Advertisement